The Atlanta Faze and the Chicago Huntsmen top our week 4 power rankings in the CDL.

Going into Week 4, literally everyone expected FaZe to repeat as champions. In a massive upset, Minnesota took out FaZe in a five map series semi-final round. Still, FaZe remains atop our power rankings. Prior to their defeat, they 3-0’d both the Dallas Empire and the Florida Mutineers in group play. The Empire went on to win the tournament and Florida was just in the Grand Finals at the last homestand. The Minnesota RØKKR clearly match up well with this Atlanta team. Despite this, no one else has come close to beating them. Until they show further signs of weakness, they are our top team.

The top of our rankings have not changed much. Chicago comes in at #2. The Chicago Huntsmen had a bye in Week 4. We did not get a chance to witness how they plan to bounce back after a disappointing Atlanta homestand. The Chicago roster is known for starting seasons off hot. Los Angeles taught us once again that the parity in skill level between teams is growing thinner and thinner. We will see in Week 5 if Chicago can stay ahead of the game or if other teams have caught up.

The Dallas Empire are undefeated vs. teams not named Atlanta FaZe and Chicago Huntsmen. This Empire team is coming into its own. The struggling prodigies of Shotzzy and iLLeY showed up in Los Angeles and helped lead Dallas to a championship. This team stands firmly in our #3 spot. Dallas needs to prove it can win maps off of Atlanta and Chicago if they want to make a push for the title of best team in the CDL.

The Minnesota RØKKR are locked in among the top four teams. They obviously have Atlanta’s number and have proven to be the only team capable of beating them. They continue to improve each week, led by the dominant performances of GodRx, one of the league’s best overall players. The past two homestands have seen the RØKKR go to a five-game series for their tournament life. In Atlanta, they fell 2-3 to FaZe in the Semi-Finals and then in LA, lost 2-3 to Dallas in the Grand Finals. They are SO close to getting over the hump. We expect a Minnesota championship to come sooner rather than later. 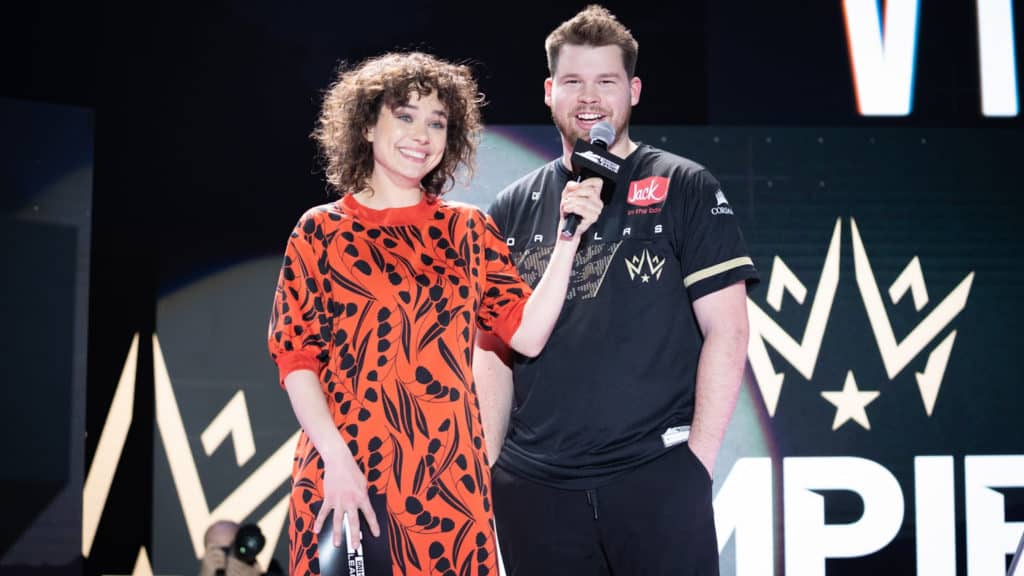 OGLA came out at home and silenced the haters. After falling down 0-2 to the lowly Guerillas, it looked like the worst was still to come for this talented roster. In a flash, OGLA snapped out of whatever was holding them back. They reverse swept their city rivals and that was only the beginning. In their next match, they crushed the Minnesota RØKKR 3-0. The run ended in the semi-final round vs. the eventual champions, the Dallas Empire. Not only did OGLA get their first victory, but their play as a whole was also reminiscent of the talent this roster possesses. It appears that the new OpTic team has turned things around. We will have to wait until the Chicago homestand to see for sure.

Neither of the European teams traveled to Los Angeles. Both the Legion and the Royal Ravens remain in the middle of our rankings based on their previous performances.

The Mutineers saw the steepest drop from our Week 3 to Week 4 rankings. They are now at #8 after ranking fifth in Week 3. Florida had a disappointing LA homestand. They defeated the Subliners 3-1 but were swept by both FaZe and the Empire. Granted, former World Champ Prestinni was not in attendance due to mental health issues. In his place, an up-and-comer, Fero, took his spot on the roster. While Fero did not play badly, the team chemistry was visibly off. With no time table for Prestinni’s return, this squad ranks among the bottom teams.

The Seattle Surge showed signs of life in LA. While they were convincingly defeated by  Minnesota twice, they swept the Guerillas. Throughout the weekend, Octane continued to perform strongly despite his team getting blown out at times. Pandur’s move to the starting roster seems like a good start for this struggling team. If the rest of Seattle’s roster can just provide Octane a little bit of help, Seattle should start winning some more matches.

The Toronto Ultra are a better team than their record reflects. As we discussed in our last rankings, four of their six matches have been against top-four teams. In their last appearance, they took Chicago to a round 11, map five. That was with a roster fresh off of substitutions. With more time under their belts, we could see them soar up the rankings.

The New York Subliners had a chance to prove themselves in LA. The field of teams was relatively weak in comparison to other homestands. Regardless, the Subliners were sent home early after going 0-2 in group play. This team is filled with drama, most notably the recent Instagram post from Censor’s father calling out members of the team.  Team chemistry appears to be at an all-time low for New York. Perhaps their new addition, Mack, will save them.

The LA Guerillas remain at #12 on our list. Things looked promising for the Guerillas at home. They went up 2-0 on OpTic early on. After that, Spartz got way ahead of himself. He stood up, looked over at the OpTic team and performed a “choking” gesture. The Guerrillas did not win another map the entire tournament following that. This roster has seen major changes since Launch Weekend. They will need to humble themselves and develop as a team if they want to find success.

There you have it for our ESTNN CDL Week Four Power Rankings. Tune in here at ESTNN each week for our updated power rankings, match recaps and more.