Cloud9 has just announced the departure of their long-time Head Coach, Bok “Reapered” Han-Gyu. Reapered has been with the team for over four years and has an extensive history of working and playing between the LCS and LCK. He joined Cloud9 in 2016, pushing them to first place for various Finals and Playoffs.

The organization announced the news on its official Twitter account, prompting several shocked reactions from both fans and casters. His contract extended until 2022, so many fans thought they’d have a few more years with him on the team. “Thank you for all the memories, draft kingdoms, and achievements within the last 4 years,” Reapeared stated.

The post included a video of Reapered talking through his experience within the last few years. “Thanks for everyone I worked with, Impact, Meteos, BunnyFuFu, Smoothie, Contractz,” he continued. “The first time I came to the NA, I didn’t even speak English at all. Because of the people I had around me, they helped me grow as a person and coach, I’m a very different person from before.” 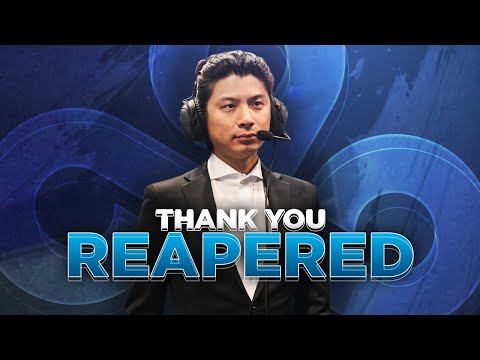 Reapered plans to move on to another team, but he states that he’s still in good terms with Cloud9. He shares that they’re very good friends and considers them family, but he looks to expand his horizons elsewhere.

Not many people expected this move, as Cloud9 was the top performer for Spring. Although they didn’t qualify for this year’s Worlds, there was still a possibility they could come back stronger for next season. Reapered recounted all the victories he experienced with Cloud9, especially the famed trophy-dropping moment.

There’s no word as to which team he may end up going to, but fans speculate that he may head to T1. Reapered played for T1 as a Top Laner back in 2012, before joining now-disbanded Jin Air Falcons. He then moved on to coaching Edward Gaming before joining Cloud9 for the next four years.

Reapered thanks the organization for having him, and also his fans. “Thank you for letting me have a warm farewell, and let’s cheer for us who will go different ways in the future.”