Electronic Arts has teamed up with university licensing firm Learfield IMG College to launch Level Next, an intercollegiate esports league that could enable as many as 250 colleges to participate in Madden NFL esports.

The multiyear program will feature at least one of EA’s esports franchises per season, kicking off with Madden NFL 21 on November 9. The league is designed to unify competitive play at universities across the nation, and the first eight-week tournament will have a $150,000 prize pool.

“We’re creating the largest national collegiate esports league and centralizing the competition for students across the United States,” said Todd Sitrin, the senior vice president and general manager of the competitive gaming division at EA, in an interview with GamesBeat. “There have been many attempts to bring esports to college campuses. What we saw was community-based competitions, smaller events that are more like on a club level. Today, we aren’t really seeing anybody being successful in the type of competition that we see among colleges in traditional sports.”

Learfield IMG College was formed in 2018 with the merger of Learfield and IMG College, and the company has licenses with colleges that it can take to sports companies so they can kick off leagues with broadcast rights and official logo usage for all of the schools. It has the clout to deliver what EA envisions. 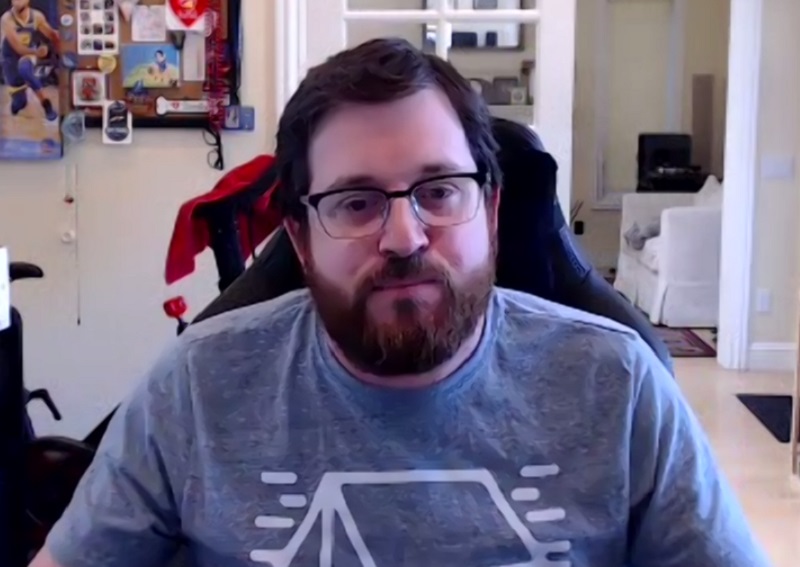 Above: Todd Sitrin is SVP and GM of the competitive gaming division at EA

“We see this as a big opportunity,” Sitrin said. “They are a rights holder, representing a lot of colleges. This is a powerhouse organization.”

While esports has been hot, especially online esports during the pandemic, the college market has been untapped because of the fragmented nature of college esports programs. This is the problem that Learfield and EA are hoping to solve with Level Next.

Learfield IMG College has its own broadcast network, and the matches will also air on Twitch.

“We think there will be an opportunity to reach a broader audience, and we have a very accessible Madden NFL game,” Sitrin said. “That’s a good recipe for the growth of this program.

Sitrin hopes that a diverse group of people will register for the new league, which is open to all college students at the participating schools. Each team will have three or possibly four players, and there can be a lot of competition within schools to be the qualifying team.

EA is trying to match the normal collegiate football schedule, with the seasons starting roughly at the same time. And there will likely be multiple esports seasons per year.