One of the most controversial topics in the Fortnite community over the years has been Stretched Resolution. Originally a way to obtain a higher frame rate, “stretched res” was quickly exploited for its ability to let players see more of their screen. Of course, this gave an advantage to any player using it. Because of this and other reasons, Epic Games decided to disable the resolution altogether.

However, with the Season 2 update, players found a way to use it through a glitch. For a while, it seemed like this was a concrete solution, but it appears Epic Games has patched that glitch in Fortnite‘s latest update.

Stretched Resolution out of Fortnite again

Competitive players have long argued about Epic Games’ decision to get rid of Stretched Resolution. A majority feel that if the resolution is available to everyone, it doesn’t make much of a difference.

However, Epic was more concerned with the viewing experience that Stretched Resolution brings. The player’s screen is distorted and the quality is atrocious, which would appear on event broadcasts.

While Epic has their reasons, some players simply don’t care. A few even went so far as to discover a glitch in Fortnite Season 2 that allows you to enable stretched res. You can see how it was done in a YouTube video by creator Kariyu. 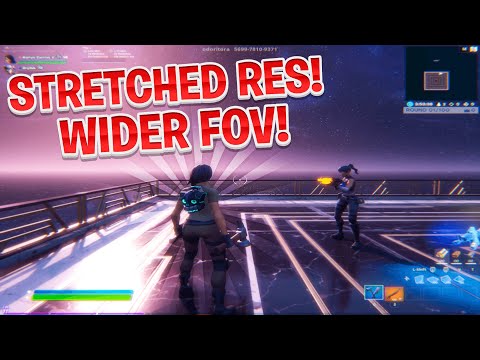 This was discovered last week, a couple of days after Season 2 went live. However, it gained so much popularity that it caught the eye of Epic Games, leading them to patch the glitch in today’s update. Fortnite leaker @FNBRHQ broke the news to the community.

Obviously, this is sad for anyone who was taking advantage of the glitch. However, when it comes to things of this nature, Epic Games has generally been good at patching them right out of the game.

Did you use Stretched Resolution? Let us know, and keep up with Daily Esports for all Fortnite Season 2 coverage.