If there is any player in the history of professional League of Legends who has made his mark in almost every major competitive region in the world, it is Heo ‘Huni‘ Seung-hoon.

The South Korean top laner started his path in the top tier competitions back in 2015 with Fnatic in the former European LCS, where he spent a whole season. The next year, Huni crossed the Atlantic Ocean to join forces with Immortals, the team with which he would spend another whole season.

After his experience in North America, he joined SK Telecom T1 in the Korean LCK, and he stayed there for one year too.

Once Huni had tried these three different regions, his path led him back to the North American LCS where he has been since then, playing with different teams each year: Echo Fox in Season 8, Clutch Gaming in Season 9, Dignitas in the first half of Season 10, Evil Geniuses in the second half (both the Academy and the LCS teams), and finally, for this recently started Season 11, Team SoloMid.

The current 2021 LCS Spring Split did not start very well for Huni and TSM, as they were eliminated by Cloud9 in the ‘Lock In Tournament’ Quarterfinals.

Once the Regular Season started, the results were also not good, as they lost to FlyQuest and Cloud9 on the first two days.

But it seems that, right after that, the team was able to pull itself together and start to fix the problems they had, and to work on the synergies between its players, so that since then they have not lost a single game.

After achieving his last victory, Huni conceded an interview to the website Dexerto, where he talked about his four-win streak that has led the team to sit among the top four teams on the classification board, and confessed how happy he was feeling.

Huni said that the game against Team Liquid (that TSM won) is the one that makes him feel better: “winning gave us a lot of confidence… we’ve been working on what we want to do, so it’s nice it worked!“.

“For weeks, the TSM roster has been struggling“, Huni said, but apparently, for the top laner, his teammates and he finally got on the same page.

We wanted to do too much. The team decided, let’s get this stuff sorted out.

So, we sat down and talked. It was like… well, I’m Huni, we have SwordArt. Tristan ⁠(PowerOfEvil) doesn’t have a champion pool, he has a damn ocean. We know how to play the game, we’ve been doing it for ages. We just had to figure out which way actually worked for us when we played stage.

This does mean that I’m on passive champs but that’s okay with me. I don’t really feel like I need to carry with guys like SwordArt and PowerOfEvil playing too“. 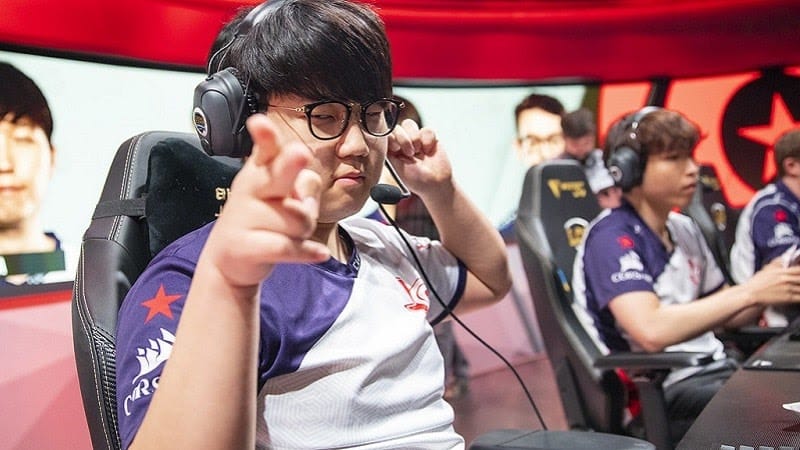 After this message of calm for the fans, interviewer and interviewee began to talk about playing composition-focused picks, a theme that reminded Huni of his time in Fnatic and SKT T1 and makes him have great faith in his new team.

“It was a similar feeling with Reignover, Rekkles, and Febiven, you know there’s points of power you can lean on.

Don’t compare this new era of TSM to those Fnatic and SK Telecom T1 rosters of old though. They’re not there yet, but they want to be. You can’t compare TSM (now) to SKT or Fnatic yet. Those years I did cool things like the Worlds final, win MSI, go 18–0… But we want to get there. Right now, we’re right at the start of those cool things, and we still have to work to get there.

I think if we keep working on what we’re doing, we can do well. We ⁠— of course ⁠— want to get there. If we can get to Worlds… well, let’s get to Spring finals first!“.

TSM will be back for the third week of the regular season of the LCS 2021 Spring Split, where they will be facing Evil Geniuses!!