American audio brand JBL has partnered with ESL and IGN Entertainment for the return of the JBL Quantum Cup, a three-day tournament featuring Fortnite, CS:GO and Apex Legends.

The JBL Quantum Cup will include both amateur and professional competitions and feature a prize pool of over $100,000 (~£74,500). Regional Fortnite qualifiers will begin on December 17th and the JBL finals will be live-streamed on December 19th. 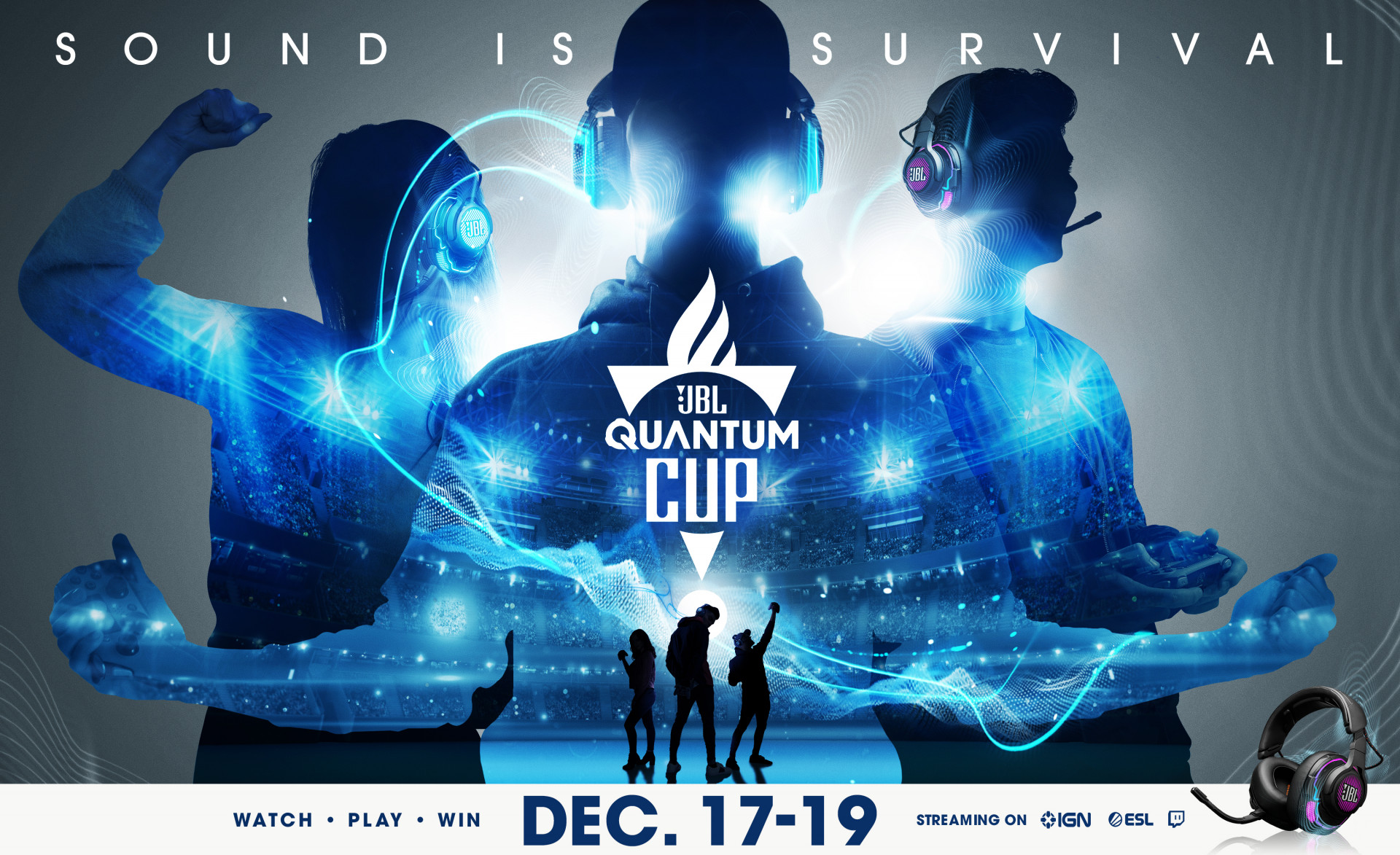 On November 27th and 28th, gamers from across the globe will have the chance to compete for a spot in the global JBL Quantum Cup Fortnite tournament. Regional qualifying rounds will be held in North America, Europe and Asia.

Moreover, JBL expanded the lobbies to accommodate 200 duos, with the top 25 duos advancing through three rounds of qualifiers.

Ralph Santana, Executive Vice President and Chief Marketing Officer at HARMAN, said: “We are continually looking for ways to bring fans together with the best names in esports. Now in its second year, JBL is taking the JBL Quantum Cup to the next level by giving amateur gamers even more chances to play alongside the pros. Fans wanted larger lobbies in the JBL Fortnite competition, so we delivered.”

The tournament will be broadcast on JBL’s Twitch channel and IGN.com (U.S. only) as well as IGN’s new dedicated esports channel IGN Compete.

The newly signed 100 Thieves Apex Legends team will make an appearance, alongside other JBL Ambassadors and pro gamers, such as SypherPK, Arkhram, Doigby, Keebabb, and Royalistiq.

Earlier this year, JBL expanded its sponsorship agreement with 100 Thieves to include Call of Duty League (CDL) team LA Thieves.

Esports Insider says: JBL has been making its way into esports for some years now and the JBL Quantum Cup managed to live up to expectations when it launched last year. Now, the event returns with the support of strong partners and brings fresh titles, like Apex Legends, for fans to enjoy.