The Mid-Season Showdown continues this weekend with some potential upsets in the next round of games.

Week one of the Mid-Season Showdown (MSS), gave us some pretty straightforward results. This weekend is when we will really see teams fight for their lives as the lower bracket gives them one last chance to prove themselves. Evil Geniuses will face off against TSM, while 100 Thieves will go up against Dignitas. TSM and 100 Thieves will have a lot to prove following their heavy defeats against Team Liquid and Cloud9 respectively.

The road doesn’t get any easier for any of these teams, but this is where we will be able to gauge exactly where these teams are in terms of power rankings. It seems pretty clear that any of the four teams will have to improve drastically to be able to compete against either C9 or Team Liquid.

The first match of the weekend also seems to be the tougher of the two matches to call. We have the higher-seeded TSM looking to bounce back against Evil Geniuses. Looking at the regular season doesn’t really help us either as both teams took a game from each other. There is a feeling that either of the teams could take the series.

Of course, TSM had been looking strong before coming into playoffs but after their series against Team Liquid, EG now has a blueprint on how to possibly defeat them. That is not to say that EG will be clear favorites but it is something that can be looming in fans’ minds. TSM do have their lower bracket buff that could see them become an unbeatable team, but until we see them on the rift it will be hard to tell. Something that is noteworthy is that Power Of Evil also did a lower bracket with FlyQuest during the Spring 2020 playoffs. The team still has a lot of star power to pull ahead of EG.

As for EG, we will have to see which Svenskeren and Jizuke we see throughout the series. It seems that this year they have been hit or miss but when both in the right form it means that TSM could struggle with some of Jizuke’s unorthodox champion picks.

For the next series, we see 100 Thieves go up against Dignitas, a team that many might be surprised by how they have performed. That in itself is where the series will lie, what version of each team will we see. Dignitas has a very unique advantage of having played a wide array of champions. FakeGod and Soligo have also proven themselves to be very strong individual players. Add Neo to the mix with the incredible synergy with Aphromoo and we have a team that could take 100T out. With all that in mind, 100T still has the head-to-head record against Dignitas, as Team Liquid showed us that doesn’t mean much in a best-of-five series.

100 Thieves had the huge disadvantage of facing Cloud9 in their first round, now even though they could have played better, fans have started to have their doubts. Will we see a better version of them after a week of fixing any of their mistakes? We will have to wait for that answer, but this could be a big statement win if they pull it off. It does seem that Dignitas might have an advantage after having seen the series against Cloud9 and having a week to prepare a proper strategy to neutralize FBI.

The series will start on Saturday, March 27 with TSM vs EG. Round 2 will conclude with 100 Thieves vs Dignitas on Sunday. The winner of each series will face off against each other the following week with C9 and Team Liquid also fighting for a spot to the Final.

The Singapore Major has begun and Day 1 has already given us some interesting games.

Let’s check out what happened in the series between Nigma, Team Liquid, PSG.LGD, and AS

Cloud9 Takes A Break From CS:GO, Dissolves Its Roster

The helpful online Warzone tool is reportedly being shut down by Activision. Since Warzone’s release, 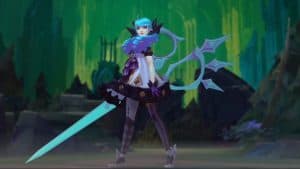