Gen.G and LGD took to the Rift hoping to take an early lead in Group C. 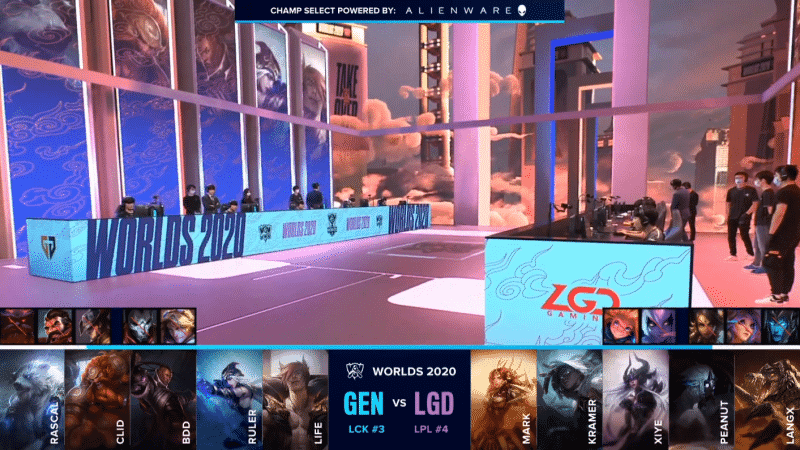 The first day of Groups was filled with one-sided affairs, but this match between Gen.G (“GEN”) and LGD was an insanely close one. It was a story of back and forths, with GEN usually being in the lead but LGD making stops at crucial points. GEN was very active early, diving and killing Kramer for First Blood under his bot tower, while also winning a nine-minute skirmish. In addition, GEN found a couple of picks and the First Tower bonus.

LGD did find some plays of their own during this time though too, mostly off the back of Xiye, which meant they weren’t all that far behind. There was a lot of rotations in the mid game, all leading up to a wild Baron play. For almost three minutes, GEN and LGD fought around the Baron pit. Multiple members died, respawned then returned into the fight, but no real advantage was gained. As a result, neither team got the objective.

Moving into the late game, GEN eventually got tired of waiting. They rushed the Baron at 36 minutes, securing it but losing four members and an Inhibitor for it. This gave LGD a foothold that they used to stall out GEN’s Infernal Soul for a while. The game had to come to an end eventually though, and a fateful team fight at 44 minutes sealed LGD’s fate. Here, GEN secured the Infernal Soul then killed two. Seeing their opportunity, they immediately ran it down mid and smashed the Nexus in the midst of a desperate LGD defense.