Machi and Suning took to the Rift hoping to separate themselves from each other in the standings. 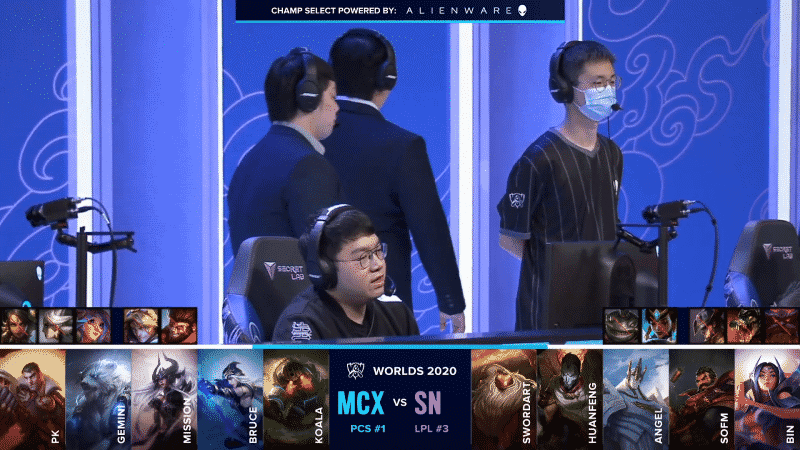 It was all on the line for Machi (“MCX”) going into the series against Suning Gaming (“SN”). Being 1-2, they would need to beat SN to gain a 1-1 head-to-head against them for the inevitable tiebreaker at the end of the day. As for SN, with TL picking up a first game loss, a victory here should set them up for a first-place battle against G2 later in the day. SN get off to a fantastic start with a top lane 1v1 going the way of Bin. As a result, the top lane looks all but over in the early stages of the game.

Despite an early loss, MCX is able to pick up two clean kills in reply as they refuse to lay down and die in the series. SN had other ideas, however. They picked up more kills and more map pressure to take them to a 3k lead at the 15-minute mark as they slowly applied the squeeze to MCX. They pushed through mid to pick up a big fight with MCX. Despite losing a member early on, SN did come out ahead. They picked up two kills at the end of the fight, a mid tier two, and claimed the third drake too. SN took another fight in the top side river and this time they picked up a delayed Ace. The squad picked up a free Baron buff for their trouble.

With the Baron buff in hand, SN charged the MCX base, picked up the Ace as they walked through the base. The victory saw SN move to 3-1, joint first with G2 who they’ll play later today to decide the first spot.