The third day of the Play-in Stage has been the most important day that we have had since the 2020 League of Legends World Championship started.

In this day, all the teams of Group B have finished their Bo1 series and we had two tiebreaks to know what team ended first and thus qualified for the Main Event 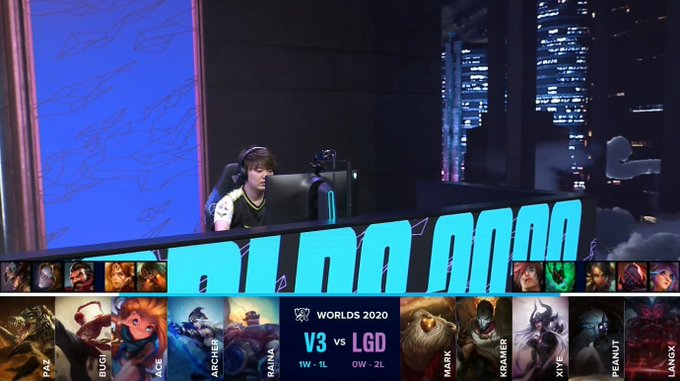 The situation for the Chinese team was critical. They could not afford any other defeat if they wanted to maintain their chances to advance to the Main Event, but the Japanese were not in the best position either.

The first game of the day started with both teams respecting each other during the first minutes. We barely had any action, but it was V3 who started taking the first neutral objectives and seemed to take some advantage.

Nevertheless, LGD Gaming performed some rotations that made them take as many objectives as their enemies had, but also the first blood and the first turret. This, together with a couple of kills more, provided the Chinese team a comfortable advantage heading to the mid-game.

In the fight for the third drake, V3 Esports managed to force LGD to run away, but despite this sign of “weakness” the gold difference kept growing, and LGD’s lane control was huge. When the fourth drake appeared, both teams fought again, but this time Xiye‘s Syndra got a Triple Kill, so the objective was for LGD this time.

Form that moment, LGD won almost every fight, and one of those ended up with the Baron Nashor in their hands, and thanks to its power, the Chinese team destroyed their enemies and quickly opened the base.

After several tries en fights, LGD Gaming got their first victory in this Play-in Stage, and matched V3 Esports in the group, both having 1-2 scores.

Rainbow7 vs Unicorns of Love 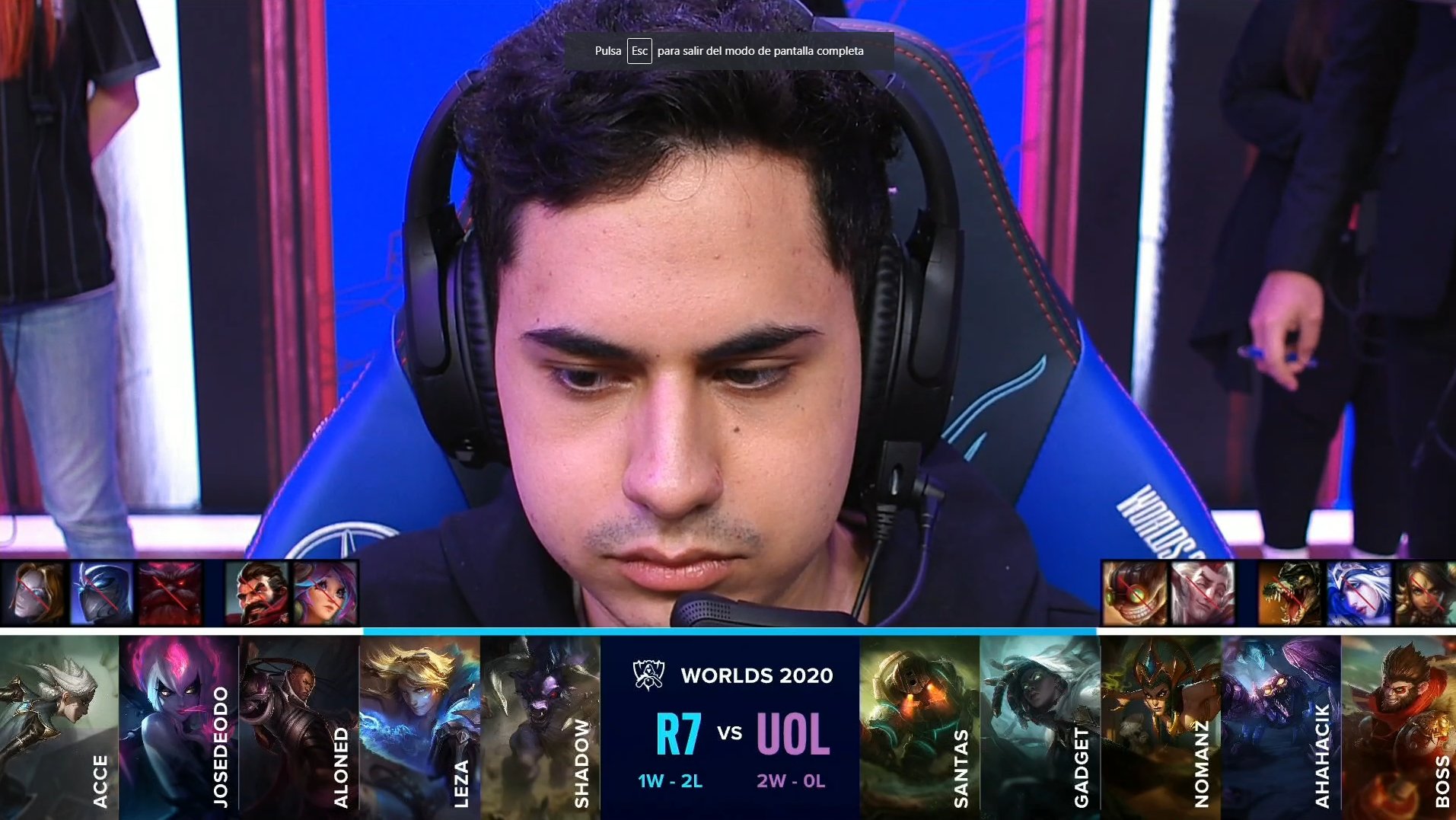 It was time for Rainbow7 to prove that they deserve to stay in the Championship. The Latinamerican team was facing the strongest team of the group, or that was the impression that the Russian team had given us.

R7 took the first kill, and with an important farm difference, their gold score went ahead very quickly. Thanks to a good rotation to the bot lane and the Herald, they increased their advantage even more.

From that moment, everything was for Rainbow7. They took the first turrets, neutral objectives, and won every fight within the next minutes. By minute 17, the kills score was 10 -1, and it kept growing.

Unicorns of Love tried some crazy plays to come back in the game, but R7 was blessed today and managed to destroy UOL plans play after play.

With the biggest victory that we have witnessed in this Play-in edition, the Latinamerican team got their second win and put their score 2-2, while the unicorns had fallen for the first time, and their score at that point was 2-1. 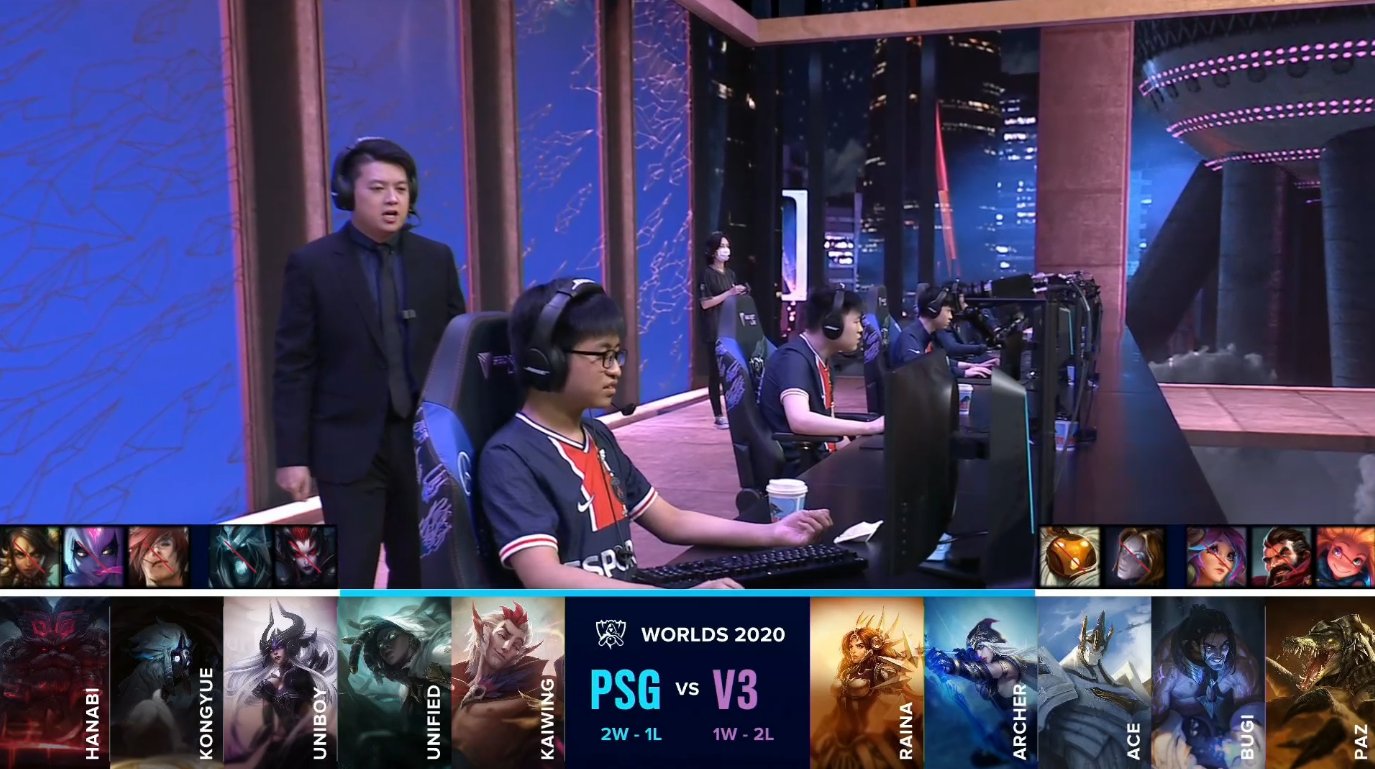 The third game of the day started with a long pause due to some problems with the Japanese team.

After half an hour of waiting, the game started without big surprises in the first minutes. PSG Talon took the lead in the game after getting the first blood and took advantage of the Japanese mistakes, which gave them the first turret and drake and thus, increased the gold difference.

After minute 10, it was V3 Esports who took advantage of the enemies’ mistakes and matched the kills score… but the gold difference was vital at that point of the game, and after a crazy team fight in the bot lane, PSG secured their advantage.

Fight after fight, PSG achieved every neutral objective, and increased their difference in every score, while V3 kept falling and failing in everything they tried.

The rest of the game was an absolute dominance by PSG, who killed once again all the enemies and destroyed the nexus, positioning themselves as 1st team of group B with a 3-1 score.

Unicorns of Love vs LGD Gaming

The fourth game of the day was the most important of all. If LGD wins, Rainbow7 would be 2nd of the Group, and there would be no tiebreakers after this game, but if UOL takes the victory, the Chinese team would be the first team to be eliminated.

LGD knew this and started the game very aggressively. Xiye, the mid laner, got a solo-kill at minute 2, while his teammates kept dealing pressure in the lanes.

UOL resisted most of the Chinese attempts to get kills and after taking some neutral objectives, they counterattacked LGD and shortened the difference in the gold score.

Actually, at minute 15, UOL took the lead in the kills score, and after taking their second drake, the gold score was completely even, and it lasted long. Despite the game went completely crazy, and both teams kept fighting all the time, the gold difference did not vary too much…

Finally, there was a new team fight were the unicorns got an Ace, and the gold difference started to grow. Two minutes after that, Unicorns of Love took the Dragon Soul, and again fought their enemies and killed them all, so they got a free Nashor.

LGD chased the Russian team and defended their base until the last breath, but the unicorns took the Ancient Drake and won the game. 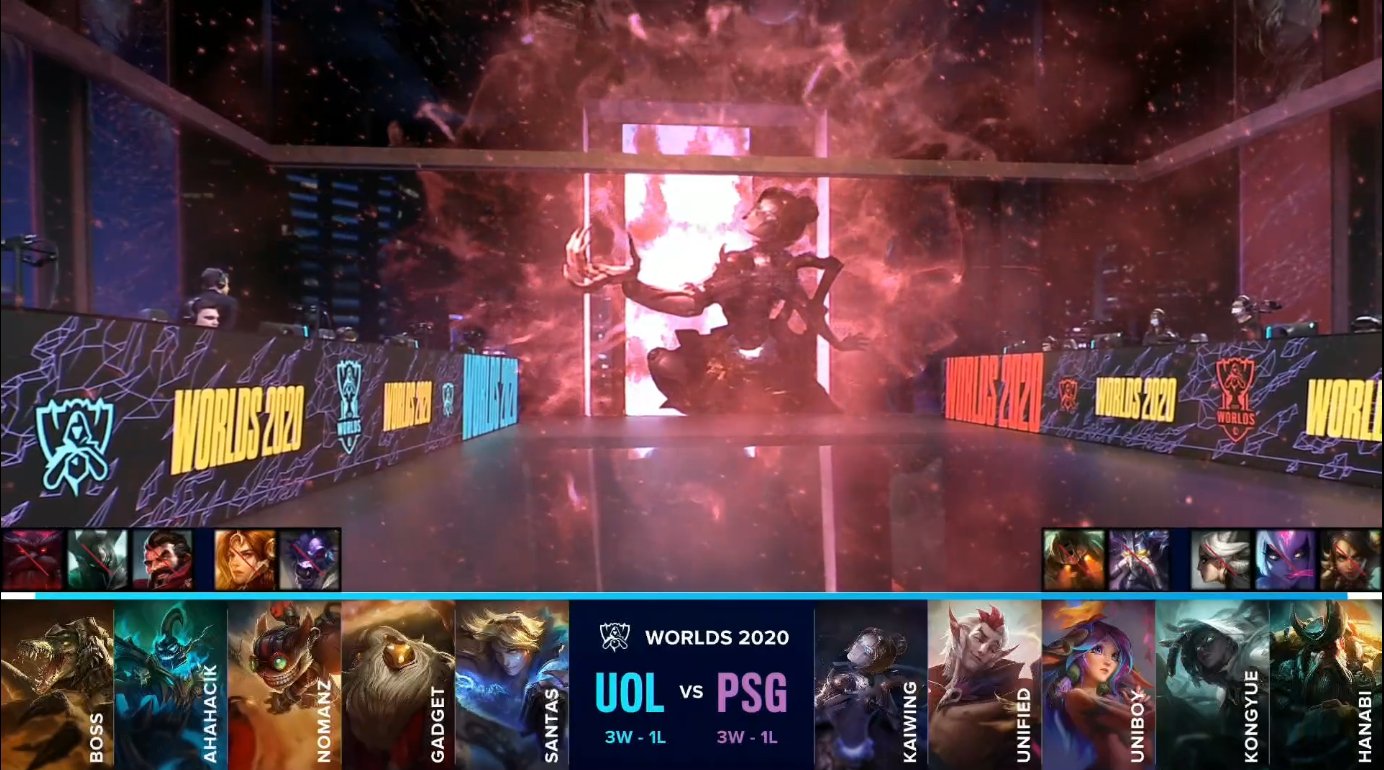 The game for the first position in the group started with a lot of action in the mid lane, where both junglers were constantly ganking until the Russian team got the first blood and took the lead in the gold score.

This advantage grew with the first two turrets of the game, while PSG tried to stay alive taking a drake and a couple of kills.

At minute 20, the unicorns had all the lanes pressed, the turrets score was 3-0 for them. This advantage gave them the ability to fight all the time and keep pressing for all their objectives, which they got.

After a new team fight where PSG took some kills, UOL opened the enemy base. Then, PSG got the Nashor and their second drake, so they shortened all the differences between the scores.

At minute 32, PSG initiated an amazing team fight and killed four of their enemies, and quickly went together through the mid lane and destroyed all the structures ahead… even the nexus.

That is how PSG Talon ended the 1st of group B and qualified for the Main Event. 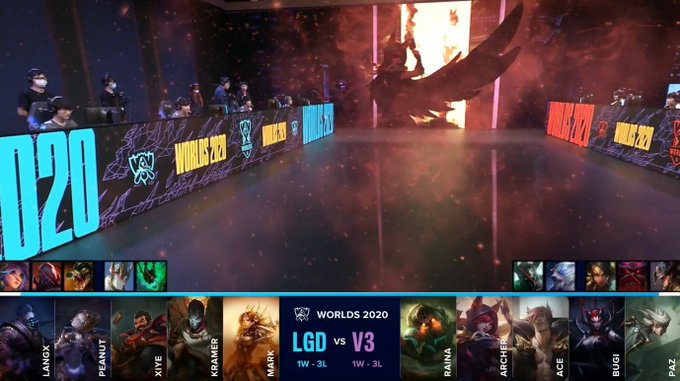 The last game of the day was decisive. Only the winner would have a chance to advance to the Main Event, while the loser would have to go back home.

This series started without incidents during the first minutes, until a fight for the Herald gave the first blood to the Chinese team, who took the monster and the lead in every score.

At minute 12, LGD initiated a new fight and put the kills score 5-0. From that moment, their control was absolute, and the Chinese team got all the neutral objectives that appeared on the map.

This situation was the same during the next minutes. Then, both teams rotated to the dragon pit and faced each other in a new team fight that LGD Gaming easily won. After that, they got the Baron Nashor and pushed the mid lane.

V3 defended the base for a while, but the difference was so huge. After some tries, LGD won the match and saved their lives one more day. V3 Esports became the first team to be eliminated from Worlds 2020.