PUBG Corporation has announced today that it will launch its PUBG Mobile Global Championship (PMGC) this November with a whopping $2 million prize pool. This is the largest prize pool that the PMGC has ever had, and it’s mostly thanks to the PMGC’s title sponsor Qualcomm. PUBG Mobile Esports is combining the PUBG Mobile World League with the World Championship for the PMGC, which will host teams from the Americas, Europe, South Asia, Southeast Asia, and the Middle East.

But this wasn’t the only announcement for PUBG Mobile. The game will receive an update on September 8, bringing PUBG Mobile into version 1.0. The version update includes a number of visual and design improvements, including a 30% increase in framerate as well as a 76% decrease in lag. The latter, however, will depend upon what type of mobile device the player is using.

“Particles, smoke, air blasts, muzzle flashes, and the addition of scope interaction make every shot more realistic,” the development team announced in a press release. “Upgrades to lighting systems and texture quality bring the vegetation, sky, and water to life. Models and texture quality are also improved to provide a more realistic feel and high-quality experience.”

Players will also see detailed improvements for player characters and the main lobby environments, as well as the battleground environments. The user interface and user experience have also been redesigned to help with eye strain.

However, it may disappoint some that the version 1.0 update will not include controller support. You can check out the full announcement below. 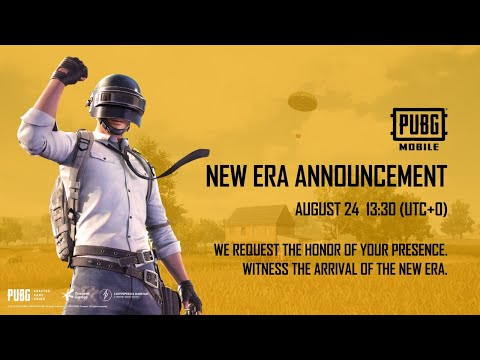 Just in time for the PUBG Mobile Global Championship

This update should come as a warm welcome for everyone, especially those who plan to compete in the PMGC. As of now, the new PMGC will start in late November. All regions should receive their invitations shortly before the start date. So far, the plan is to run the competition live in multiple studios, but we’ll see how the world plays out with the current pandemic.

PUBG Mobile first released in February 2018. Since then, it has been downloaded over 600 million times. The game purports to have over 50 million active players daily.