It’s been a long wait, but Riot Games has finally pulled back the curtain on League of Legends‘ newest musical sensation, Seraphine. The developers shared details surrounding the champ’s kit and how people can use her to her fullest potential in today’s Champion Insight post.

“It seemed like people resented that League was a team game,” Riot’s senior games designer Jeevun “Jag” Sidhu said. “I’d see posts on social media from players who hated having to play with their teammates. I really wanted players who played Seraphine, or played with Seraphine, to remember that team games are fun and that everyone likes playing with friends.”

Seraphine’s kit should incentivize people to play with their team often since she becomes more powerful with more of her teammates around her, according to Riot. Her abilities dish out a ton of supportive power, from heals to shields, with plenty of crowd control and damage to boot.

Her abilities are also amplified when surrounded by her teammates. Her Surround Sound skill, for example, heals more when there are more allies around her. Seraphine’s ultimate ability, Encore, extends in range when it hits a champion—allied or not. 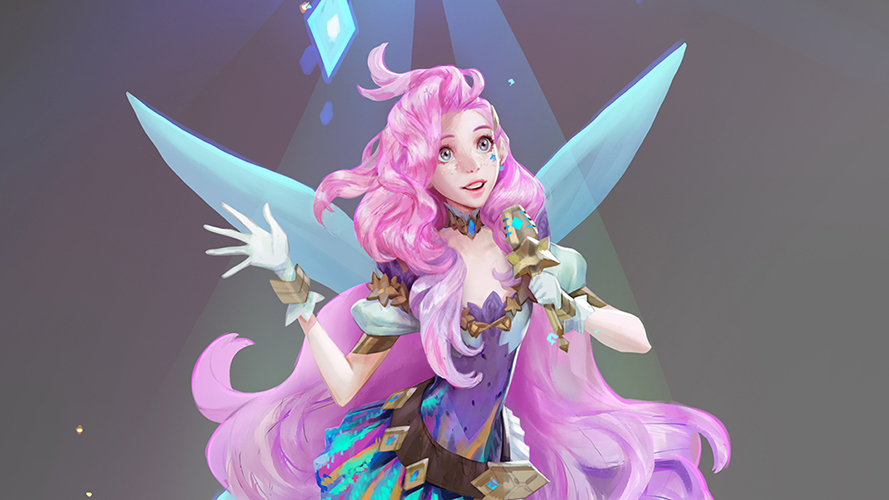 The crowd control on her E, Beat Drop, also changes in effectiveness if the target is already CC’d. This means that a good wombo combo can lock down enemies and win a teamfight easily if a squad can time their abilities together.

You and your friends can help create the perfect show alongside Runeterra’s own popstar when she’s released in League Patch 10.22 on Thursday, Oct. 29.