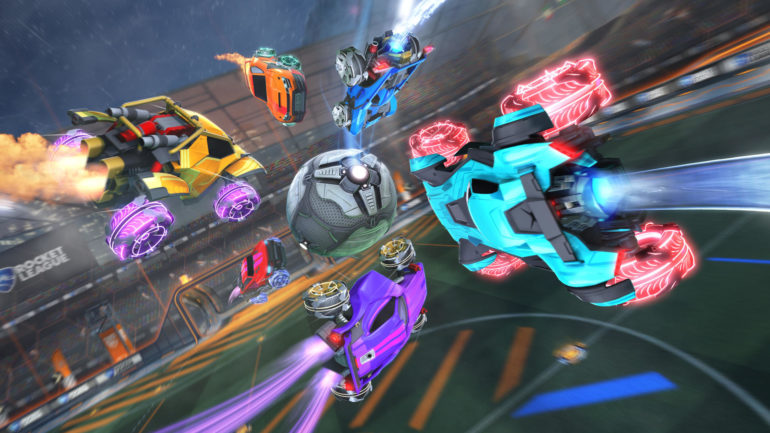 As player counts keep rising across the board on all gaming platforms, Rocket League is the latest game to surpass its previous peak and set a new record for player numbers with nearly 500,000 users.

This spike, which saw the game reach nearly 500,000 users, pushed Rocket League into the top 10 games being played on Steam right now. The platform continues to average around 18 million average users per day during the coronavirus pandemic.

On Steam alone, the player count has peaked at 119,124, which is the culmination of the game growing by nearly nine percent over the last month. Rocket League has retained a player base of over 30,000 average users for almost every month since September 2016, only dropping below 30k twice since breaking that milestone.

Rocket League saw a big jump in players starting in December, reaching just under 40,000 average players, which put the game up 22 percent on the month. In 2020, the game has remained above 40,000 players consistently on Steam leading up to breaking its peak player count.

All of those numbers apply specifically to Steam, with data from SteamCharts showing that the game should continue experiencing a healthy period of growth while people are spending more time at home during the social distancing period.

However, in response to journalist Rod Breslau pointing out the achievement, Corey Davis, the SVP of game development for Rocket League, said that across all platforms, the game had nearly reached 500,000. This total is shown in the form of a “Players Online” tracker that appears in the playlist menu on PC and includes PlayStation 4, Xbox One, and Nintendo Switch players along with the PC users.

At the time of the peak on Steam, the game had 485,197 players active in the game in some form. That could mean they had just launched the game, were searching for a match or were actually competing.

It is unlikely that the game’s presence on Steam will continue to rise past the games above it like GTA V and Rainbow Six Siege, but even just breaking the top 10 right now is a sign of great things happening for the Rocket League.

Why Fire Emblem: Three Houses Is The Best JRPG Ever Made