Skill-based matchmaking is one of the most controversial topics in Apex Legends, and has been since Season 1. The basis of skill-based matchmaking (SBMM) is sound, with players being matched up with players of similar skill. However, most in the community feel that this kind of mechanic should be existent only in Ranked playlists, not standard public lobbies. After all, if both playlists use the same matchmaking, there’s not a huge difference in one or the other. Many fans have asked Respawn developers to reconsider their opinion on SBMM, but it doesn’t look like those efforts are doing much.

Apex Legends to stick with SBMM

To give some context, skill-based matchmaking has been in Apex Legends since its release last year. Although, fans only started to notice it by the time Season 1 and 2 rolled around. By then, Respawn was well into its current system for the controversial feature.

As we stated above, the vocal community on social media has a strong disdain for SBMM. However, this doesn’t mean that the non-vocal community doesn’t benefit from the mechanic. According to a Respawn developer, “80-90%” of the player base benefits in some way from having skill-based matchmaking in Apex Legends.

Although, even with this information in the open, one fan decided to ask another Respawn developer to remove SBMM. This went about as well as you would expect it to.

Can random matchmaking in the ‘Play Apex’ mode rise and SBMM perish so we can have fun playing with our lesser skilled friends without passing out from the overwhelming smell of body odour coming from the predators that destroy us and make us not want to play the game ever again? 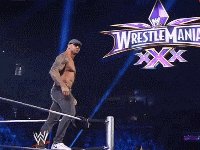 Obviously, Respawn is going with the data they have that says SBMM helps out the weaker players. While that may be the better move in the long run, this punishes the higher-skilled players.

In short, it’s a win/lose scenario for Respawn. It’s either they remove SBMM and leave the less-skilled players to the mercy of the Apex Predators or keep SBMM in and punish the more talented players. Though, at this time, it seems they’re sticking with the latter of those options.

Make sure to keep up with Daily Esports for all Apex Legends coverage.