Match visualisation and Analytics company Skybox Technologies has appointed three new members to its board of directors and raised €2m (£1.7m) in funding.

According to the release, the bridge round will be used to grow the company’s activities. This includes a focus on expanding its broadcasting and analysis tech, as well as launching new partnerships. Moreover, Dave Harris (Guinevere Capital), Marco Blume (Pinnacle Sports) and Lee Lagdameo (Axle Equity Partners) will join Skybox’s board. 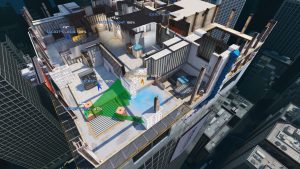 Finn Peder Hove will remain the Chairman of the Board for Skybox. In addition, the company’s CEO and Co-founder Ethan Cooper will remain as an interim board member.

Skybox is a company specialising in spectating, visualisation and analysis tools for esports games. Notably, Skybox was the provider of visualisation and spectator tools for the PGL Major Stockholm 2021, as well as a partner of ESL and BLAST events. Last month, the company launched a pilot of its new fan spectating solution, Skybox Live, at the Red Bull Flick finals held in Helsinki.

Dave Harris is the current Managing Director for Guinevere Capital and former chairman of EXCEL Esports. Harris was also the Founder of Esports Game Association Australia and the Founder of the Esports High-Performance Center.

Regarding the announcement, Harris noted: “I have no doubt Skybox will continue to add value both independently and working side by side with game developers to help enhance professional esports play for teams and the fan experience for those watching.  They have already created tools for one of the most established names in CS: GO and are now also working behind the scenes on some of esports latest titles.”

Harris is joined by Marco Blume, a former professional poker and Magic: The Gathering player who is currently the Trading Director at Pinnacle. The final new board member is Lee Lagdameo, the Investment Manager at Axle Equity Partners. Lagdameo previously held the position of Corporate Advisory at Guinevere Capital.

Ethan Cooper, Skybox’s CEO, added: “Dave, Marco, and Lee have been providing input into Skybox for some time and I am excited to now have them formally join our board. Their diverse range of expertise and acumen within gaming and esports will be invaluable as we scale Skybox.”

Esports Insider says: The new investment will improve Skybox’s ability to cooperate with partners and strengthen its team. Moreover, the three new board members bring expertise and experience in scaling business.