As a result of the deal, the brand will become the official energy drink partner of the organisation’s Arena of Valor (RoV) roster. 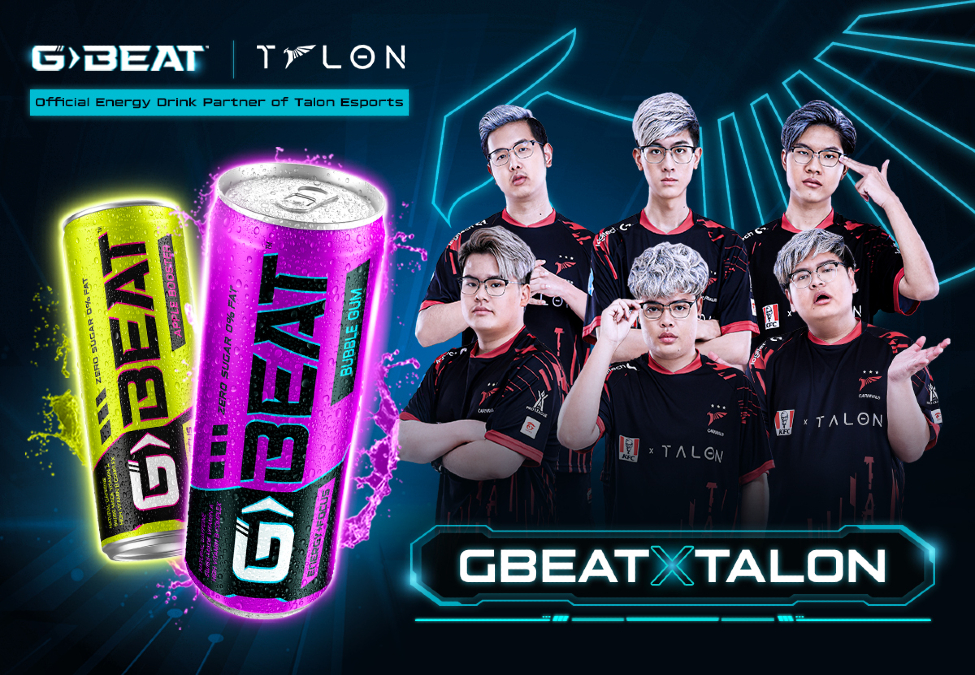 Talon will promote GBeat’s new zero-sugar brand through a range of content activations across the organisation’s social media channels. The brand becomes the seventh partner of its ROV roster, joining the likes of fast-food chain KFC and gaming peripherals brand Logitech G.

In addition to its own ROV team, Talon is the representative of Thailand’s roster taking part at the SEA Games in May. The medalled event will see countries compete across ten titles including Arena of Valor, League of Legends and PUBG Mobile.

Sean Zhang, CEO of Talon Esports, spoke on the deal: “Our players are amongst the best in the world at what they do. Whether it is match day or training during the week, the players require intense concentration and focus for hours on end.

“We are delighted to have such an exciting new brand in GBeat fuel the team to ensure they’re at peak performance no matter the occasion.”

The deal marks GBeat’s first foray into the esports industry. It joins a hugely competitive market that includes the likes of Monster Energy and Red Bull.

Esports Insider says: With GBeat venturing into the industry, joining forces with Talon Esports is a great opportunity to gain traction within the Southeast Asian market. Depending on the success of the deal, GBeat could secure more partnerships with other organisations in the region.