Riot Games has teased League of Legends fans with a brand new LCS Summer Finals teaser trailer. The video has short clips of members from Team Liquid, TSM, and FlyQuest speaking their minds on the upcoming matches. Everyone has the same idea: they’re in it to win it, no matter what it takes.

The LCS Summer Finals paves the way for success

The video opens up with TSM ADC Yiliang “Doublelift” Peng speaking about what a TSM victory means to him. TSM recently surprised the audience when they won against Cloud9 3-1, leading them to the Summer Finals. Before that, their Spring season was a little rocky as they finished in fifth place. Ever since they picked up Doublelift, the team has been showing great communication and synergy on the rift. TSM mid player Søren “Bjergsen” Bjerg also shared his thoughts coming into Finals weekend. “You can start to doubt yourself a lot when you’re in teams that don’t really click.” He continues, “It is pretty clear to me now that I am good enough to win the trophy.” 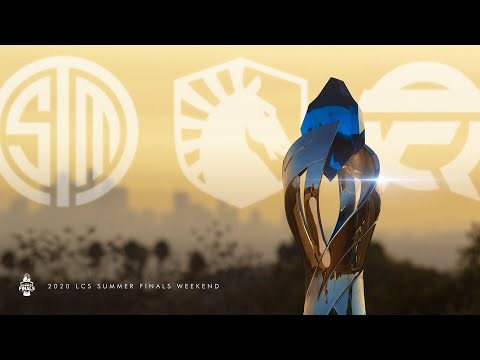 FlyQuest mid-laner Tristan “PowerOfEvil” Schrage stated that winning the LCS Finals would be “definitely like a dream come true.” He shared that he’s been in the scene for six years and that winning the title is what he wants. Team Liquid jungler Mads “Broxah” Brock-Pedersen says he wants to be remembered “part of the Team Liquid team that started another LCS win streak.”

The song playing throughout the video is “GP4” performed by popular artist Logic. Riot has recently revealed that Logic will also be a part of the LCS Finals Opening Ceremony taking place on Sunday at 1 PM PT.

The beginning teams will be TSM vs Team Liquid on Saturday at 1 PM PT. FlyQuest will then compete against the winner of that match on Sunday at 1 PM PT. All matches will be Best of Fives. Fans interested in watching the games can do so on the official lolesports website.

Stick with Daily Esports for more League of Legends news and updates.