Thunder Predator might be the new apex predator in SA. 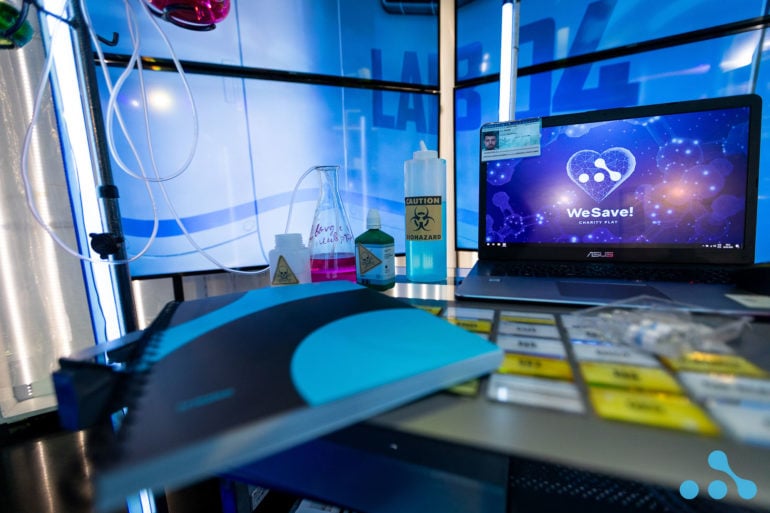 This article is brought to you by StatBanana, the best Dota 2 strategy tool.

The last of the normal finals at WeSave! Charity Play concluded with Thunder Predator as the last team standing from South America after upsetting the region’s best team and dominating No Ping Esports to win it all.

TP came into the event as the second-ranked team in the region and are now one of the few SA teams to have taken an SA tournament win with the beastcoast roster in attendance.

Against No Ping in the finals, the late game was where TP thrived, completely shutting down any strategy raised against them in the final minutes to close things out with a 3-0 series victory, finishing their run at WeSave! undefeated. No Ping just didn’t have an answer for Leonardo “LeoStyle-” Sifuentes in any of their matchups.

Game one was the closest No Ping got to winning a game, as they held a very small lead for the first 17 minutes thanks to some solid execution off of Adriano “4dr” Machado’s Ember Spirit. He drew mid with LeoStyle, but Alonso “Mnz” León was left on top, dominating No Ping’s Disruptor and staying building up for the late game stomp that TP was aiming for.

After turning game one around, TP never really took their foot off the gas, going on the offensive early in game two despite having a lineup that might have been better-served gunning for another late-game push.

No Ping was able to hang in for about 17 minutes for a second game, but LeoStyle’s Puck and Mnz’s Slark were too much for the Riki-Wraith King draft to hold out against. TP prioritized two lanes, winning both and getting enough farm to run through No Ping in four different teamfights to go up 2-0.

Game three was a complete slaughter as No Ping couldn’t even put up a fight out of the gates, not even getting a kill until seven minutes in when they picked off TP’s Oracle. At that point LeoStyle was already rolling with his Ember Spirit in midlane and there wasn’t much No Ping’s Bristleback or Beastmaster could do in response to try and even the score in the outside lanes.

Tp won all three lanes, took their time with the main objectives, and never overextended, opting to play a safe game to close out the event with a clean 3-0 sweep and the SA title.

At the end of the day, WePlay! Has helped raise $186,912 to help combat the coronavirus pandemic, with one day of matches and extra content left to go. The EU/CIS finale will kick off at 10am CT as Nigma take on HellRaisers.

ZooMaa Steps Back From Competitive Call of Duty