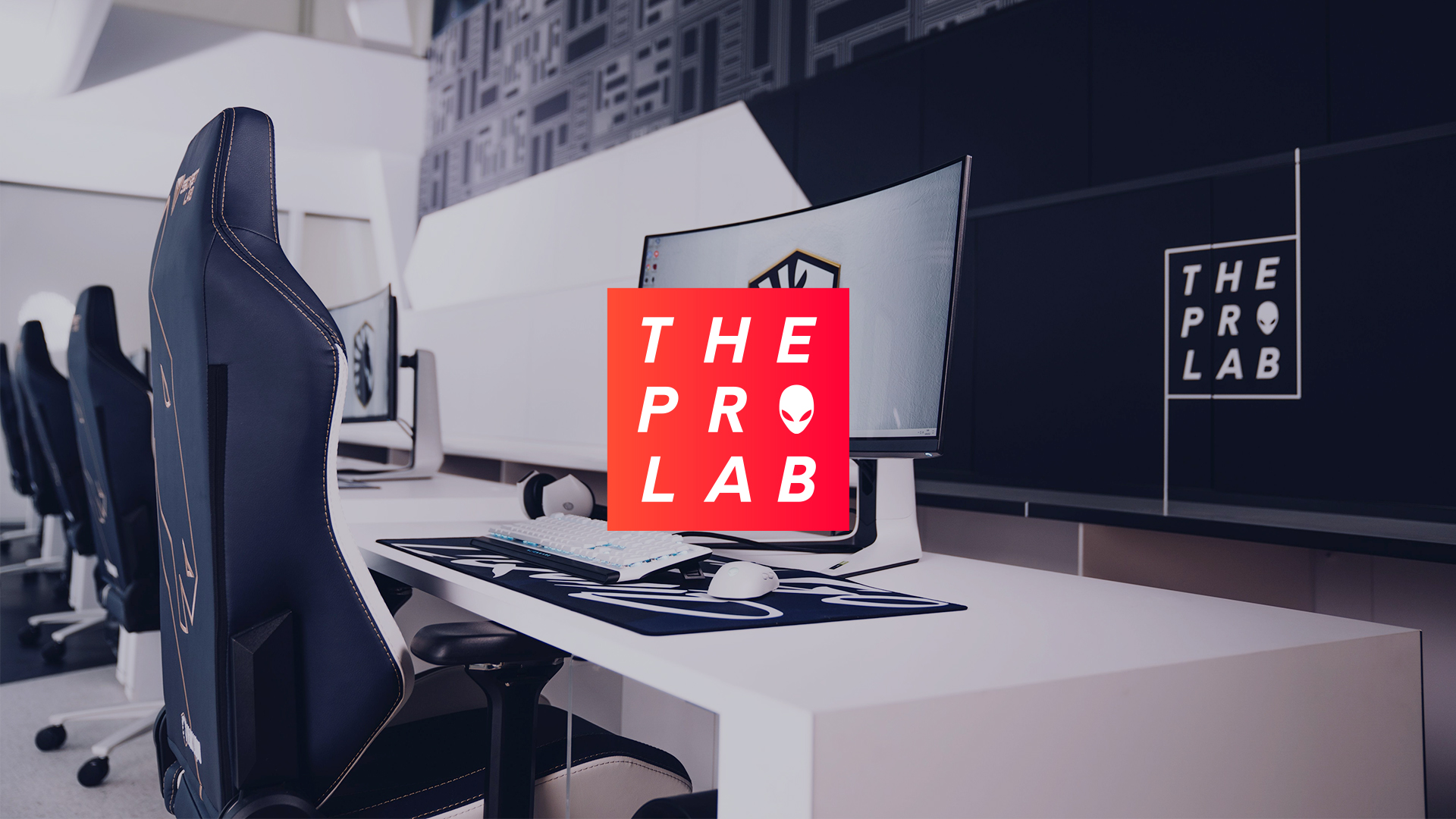 On September 15th, 2020, Team Liquid announced its new European HQ facility in Utrecht, the Netherlands, in collaboration with longtime partner Dell Alienware, complimenting the org’s North American HQ in Santa Monica, California. Today, Team Liquid has unveiled its newest addition to both facilities, and to the esports industry: The Pro Lab.

In partnership with Dutch neuroscience research group BrainsFirst, The Alienware Pro Lab aims to pioneer and develop sports science’s application to esports. By offering its competitive rosters as test subjects for the BrainsFirst software, Team Liquid is seeking to enter the unexplored realm of mapping top-performing gamers’ brains.

Ahead of the announcement, Esports Insider toured the Alienware Training Facility in Utrecht to speak with the BrainFirst researchers and Team Liquid staff behind the experiment.

Over a year-and-a-half after the facility was unveiled to the public, the space has yet to be utilised to its full potential due to pandemic safety measures, Jason Lucas Luijckx, Senior Partnership Manager at Team Liquid, told Esports Insider while touring the facility.

Not much has changed to the European facility itself since Esports Insider last visited in 2020, other than Alienware hardware upgrades and a few new trophies in the case. Downstairs however, The Pro Lab has been housed in the newly-completed modular Team Liquid Fan Zone, which will also serve as a merchandise shop for upcoming apparel drops, Team Liquid athlete and talent meet-and-greets and other events. The Team Liquid Fan Zone was hinted at in an Esports Insider interview with the facility’s architects last year.

BrainsFirst Co-Founder & CTO Andries van der Leij told Esports Insider that the company has worked with professional football clubs and commercial organisations for years to help identify the cognitive abilities of up-and-coming talent. Among its many clients is market maker IMC Trading, with whom Team Liquid partnered in February 2021.

IMC utilises the NeurOlympics software to test and identify its employees’ cognitive profiles, helping to match the profiles with relevant, rewarding job functions based on the software’s insights. Just how Team Liquid decides to utilise The Pro Lab’s findings is yet to be discovered, outside of Team Liquid and Alienware’s intention to eventually release its findings to the public. 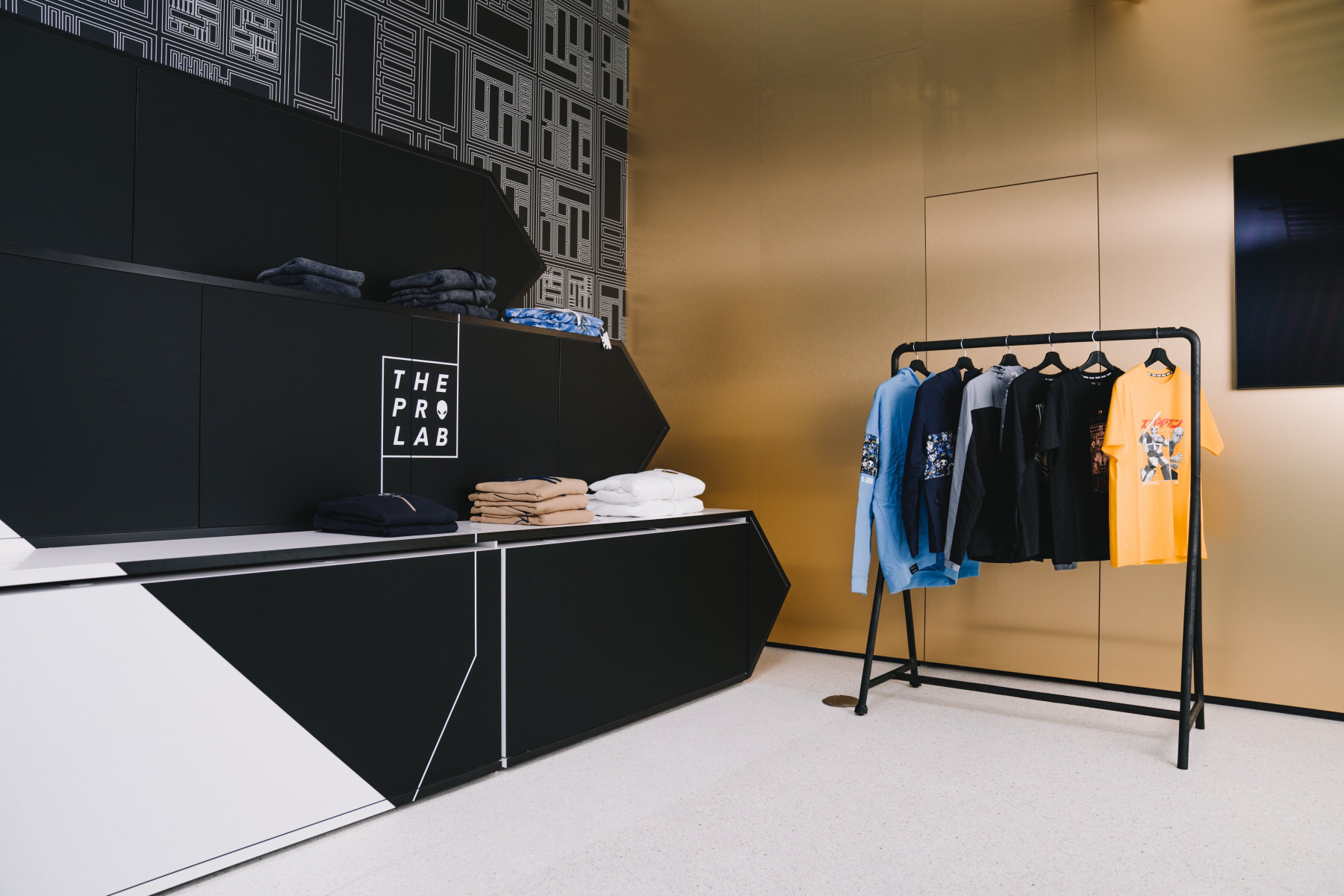 RELATED: Trading in Liquid — Why IMC wants to recruit gamers

While the tests themselves wouldn’t be considered complex, the quantification and interpretation of the data requires cognitive experts to extract meaning. The tests are much more than measurement of the percentage of correct executions or input speed.

BrainsFirst researchers developed a cognitive mapping system visualised in the form of a radar chart to interpret the results into key data points, such as: Working Memory, Anticipatory Skills, Selective & Sustained Attention, Emotional Regulation and Automaticity, among others. 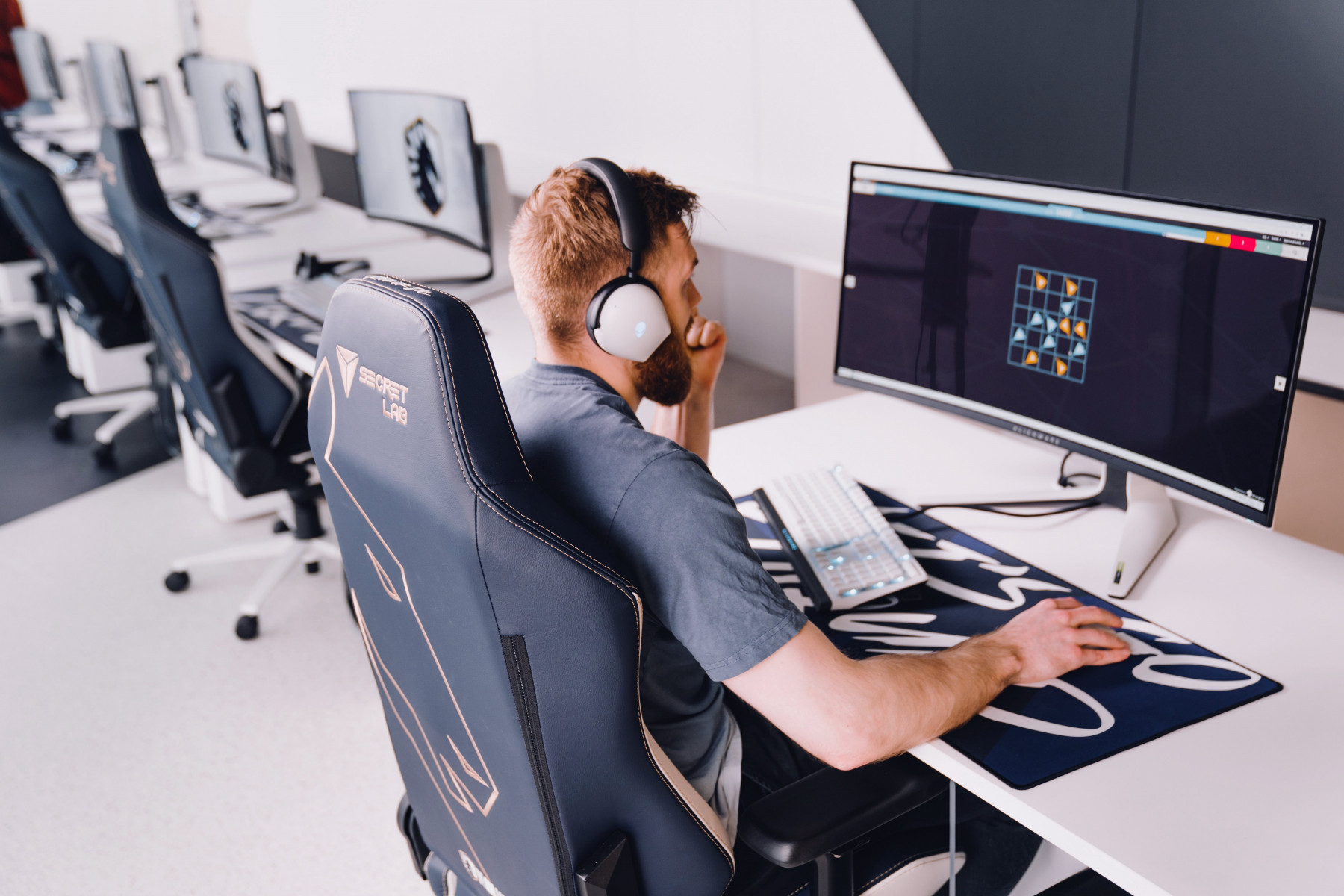 RELATED: Esports data and the need for experts

“As athletic staff, we’re very much aware of how much brain power is involved in playing these games,” Brittany Lattanzio, Senior Athletics Manager at Team Liquid, said. “The challenge has been in convincing athletes to work on specific mental skills, observed as an external party. The introduction of The Pro Lab gives Athletics staff visualisation and insights to help players improve.”

At the time of the visit, Team Liquid and BrainsFirst had tested the org’s StarCraft 2 players, and planned to test all of its esports rosters across 17 titles, split between The Pro Labs in North America and Europe.

“It’s going to be a wonderful journey for both [BrainsFirst] and Team Liquid. We don’t know what insights we’re going to find yet,” Team Liquid’s Luijckx said. “Maybe we’ll find out that we’ve been doing things all wrong from the beginning, maybe we’ll have to completely change how we’ve been training our athletes.”

Luijckx’s speculation is warranted. Team Liquid has become industry pioneers in mapping the minds of professional gamers, and when venturing into unexplored territory, there’s no telling what you’ll find. BrainsFirst Data Scientist Rafick de Mol has already noticed a striking overlap between profiles of the org’s StarCraft 2 athletes and IMC’s top market makers. 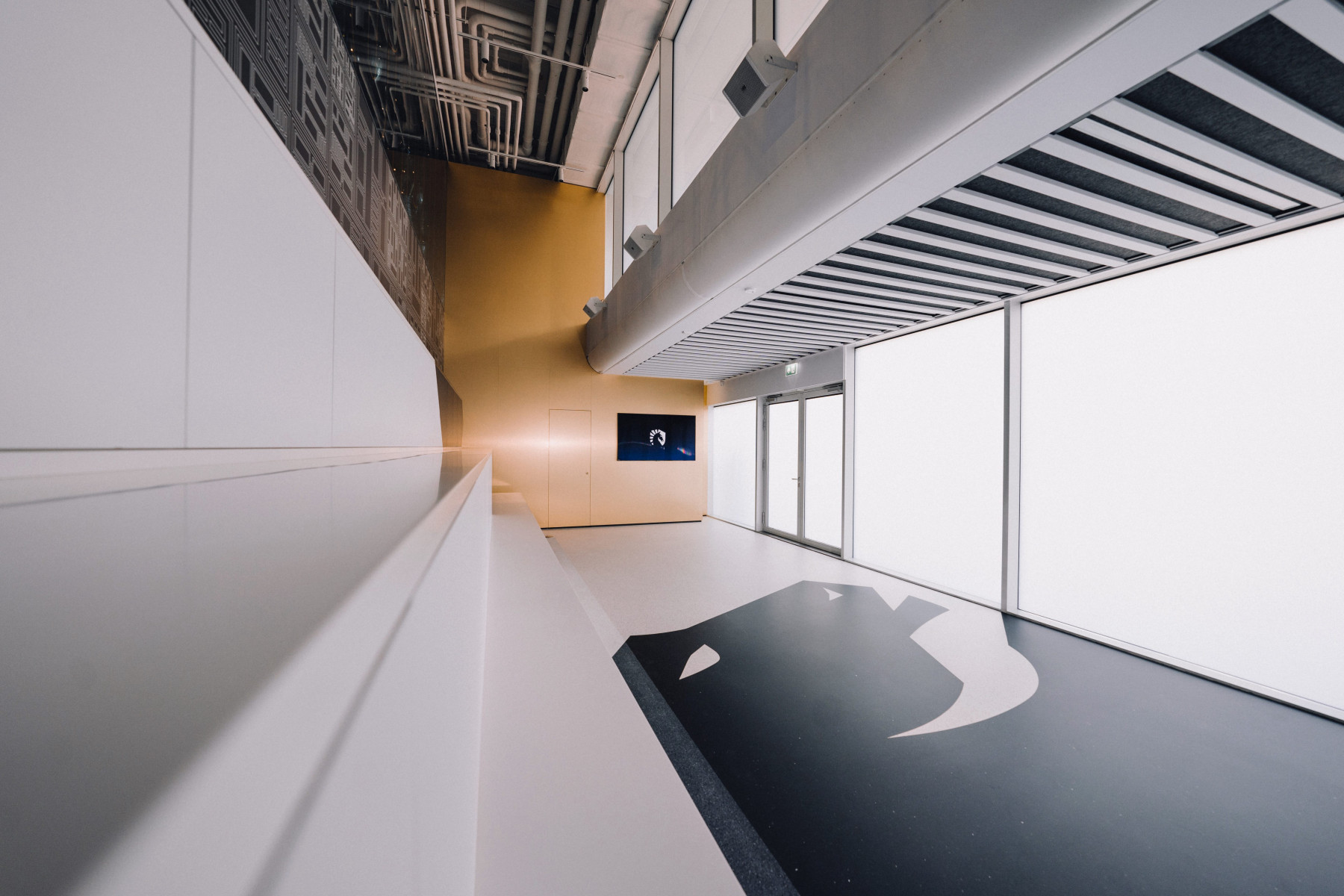 BrainFirst’s work with football clubs has been used to find cognitive fits between on-field roles and athletes’ profiles — perhaps the same can be done with roster building and role assignments in esports titles in the coming years.

The opportunity presented to Team Liquid via the application of sports science to esports may also open up new categories for partnerships in the industry. Recently, esports organisations have invested in player health through professional physical training regimens, nutrition plans and private chefs, either through in-house hires or through third-parties.

Luijckx suggested that the findings might lead to an industry disruption in how to best help esports athletes achieve their maximum potential. A new wave of sports science partnerships may be on the horizon, he said.

In 2018, Team Liquid opened the first Training Facility, signalling a shift from the ‘Gaming House’ meta, which was adopted from Korean esports culture and became the industry standard. Focusing on the importance of a healthy work-life balance, The North American Alienware Training Facility set the new standard of a model workplace for much of the industry. 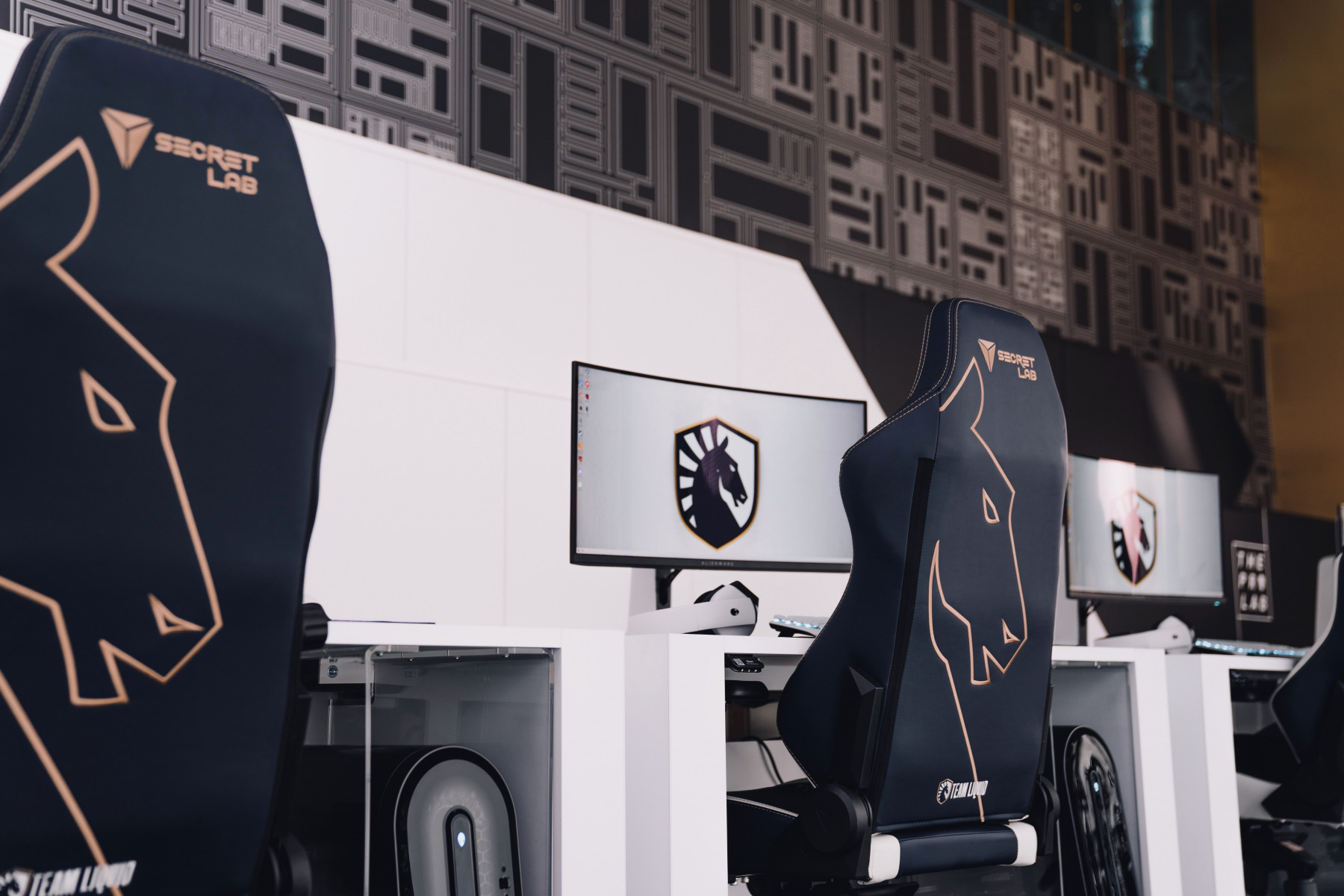 “Similar to the evolution of our training facilities, we believe Pro Lab will make waves in the esports industry and beyond,” Team Liquid Founder & Co-CEO Victor Gossens said in The Pro Lab press release. “These are key skills we look for in every successful competitor, and this program will help uncover new universal guidelines and KPIs that we hope will one day serve as an industry-wide benchmark in terms of player training.”

Members of Team Liquid’s parent company, aXiomatic Gaming, have been instrumental in the development of the organisation’s athlete performance programmes. “The team has just become so much more sophisticated while still emphasising the core tenets of treating our players with the absolute best care possible and valuing winning as our key metric for success,” said Team Liquid Board Member Zach Leonsis in a 2021 interview with Sports Business Journal.

“We provide our NBA 2K league team, for example, with access to our medical staff, our training staff, our team psychologists,” he continued. “We treat them just like we would Alex Ovechkin or Bradley Beal. I think that the audience and the fans crave that.”

Thanks to Team Liquid and Alienware’s deep collaboration and investment to make the game-agnostic Pro Lab a reality, the esports industry may well enter a new phase of self-discovery and opportunity. The 110+ athletes currently housed under Team Liquid’s banner stand at the precipice of esports knowledge base’s new dawn.

The Pro Lab begins its research baseline with an impressive subject group of athletes and supported by the winningest organisation worldwide in all of esports history. The Dutch saying ‘meten is weten’ — meaning ‘measuring is knowing’ — is an especially poignant philosophy for the organisation’s  approach to holistic player performance.