Leaked fairly extensively over the past few weeks, Huawei’s Mate Xs foldable and MatePad Pro 5G tablet became official today, offering users access to the embattled Chinese company’s most powerful consumer 5G technologies. But they won’t be cheap, and thanks to U.S. government restrictions they’re running on an open source fork of Android called EMUI10 and will require their own non-Google core apps from Huawei’s AppGallery.

Superficially, the €2,499 ($2,714) Mate Xs looks a lot like last year’s Mate X, but Huawei has upgraded multiple physical elements to address issues — real and perceived — in its first foldable design. Outside, an upgraded “Falcon Wing” hinge is now made with zirconium-infused liquid metal, promising much higher durability and more satisfying 180-degree folding. The screen continues to be made from plastics rather than plastic-like glass, but it now uses two polyamide films joined by optically clear adhesive, and there’s still a crease in the center.

Inside, the Mate Xs has been bumped from the Kirin 980 to the newer Kirin 990, a system-on-chip with a faster eight-core CPU and 16-core GPU, up from 12 before. AI is handled by a three-core Da Vinci NPU architecture based on two big cores and a tiny core. The chip also includes sub-6GHz 5G NSA and SA support, and 5G+4G dual sim dual standby for travelers, though it will notably only support the N41 (2.5-2.69GHz) 5G band at launch, adding additional bands in a future over-the-air update. Given that it won’t likely appear in the U.S., it’s perhaps unsurprising that the unit doesn’t support millimeter wave 5G at all. 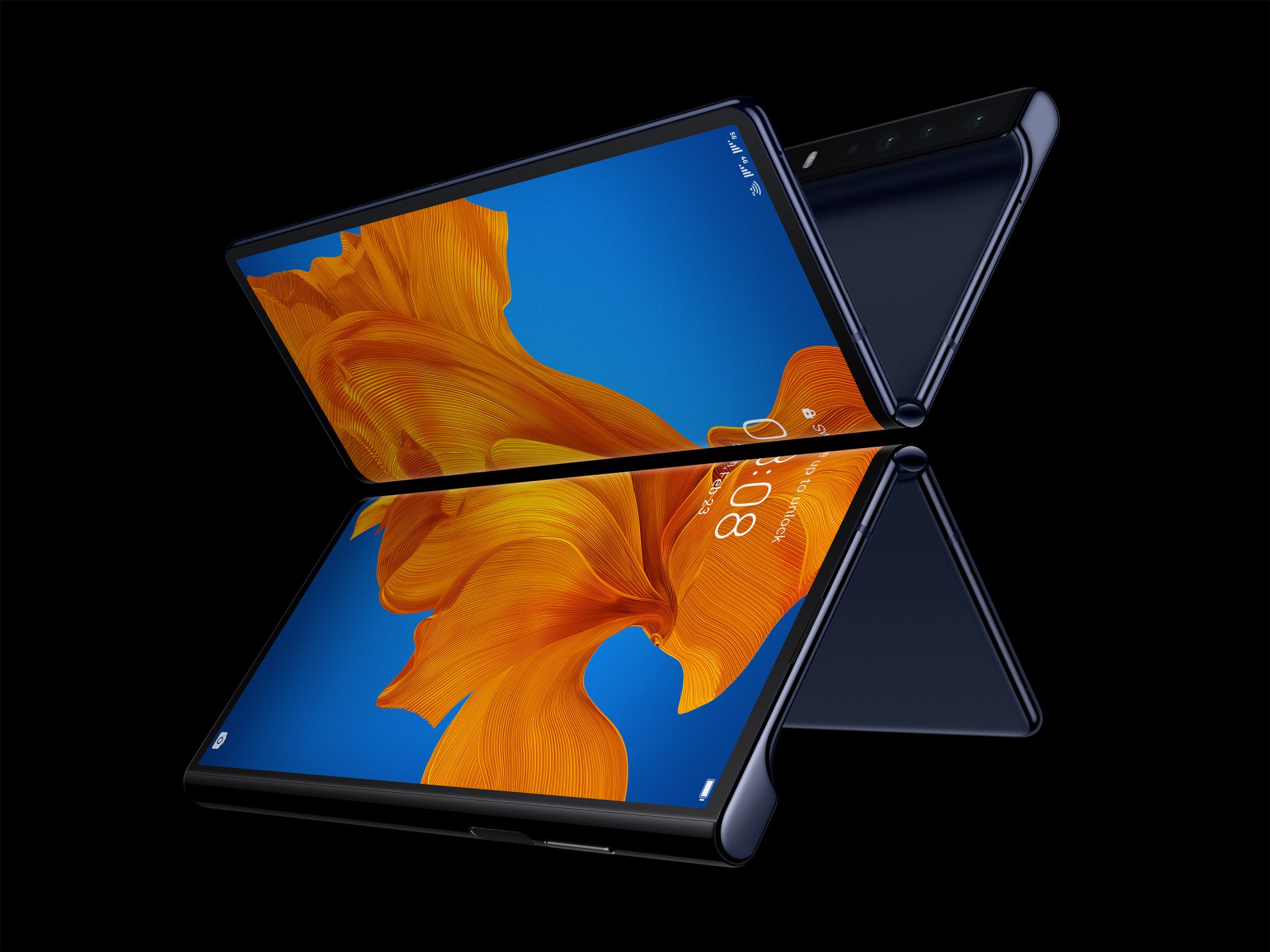 The MatePad Pro 5G shares core internal specs with the Mate Xs but comes in a form factor that looks very similar to Apple’s 2018 iPad Pro — albeit with some small and welcome improvements. Users will have the option of a Smart Magnetic Keyboard made with vegan leather and an Apple Pencil-like M-Pencil with 4,096 levels of pressure sensitivity, both using Bluetooth for tablet connectivity.

Like the Mate Xs, the MatePad Pro 5G uses the Kirin 990 SoC, with an eight-core CPU at a base clock of 2.86GHz, a 16-core Mali-G76 GPU, and 8GB of LPDDR4X dual-channel RAM. The tablet has a 7,250mAh battery for its own needs and can recharge using a wired 40-watt SuperCharge system, but it also supports both wireless and reverse wireless charging (for Huawei-certified devices), features no iPad has yet included.

Interestingly, Huawei is promising “the world’s highest tablet screen-to-body ratio” at 90%, surrounding a 10.8-inch display with 4.9mm bezels — a trick achieved by moving the front-facing camera out of the bezel and into a hole punched in the corner of the screen. The 2560 x 1600 panel claims 540 nits of brightness and a 1500:1 contrast ratio with DCI-P3 color gamut support. Four speakers tuned by Harman Kardon promise “impeccable clarity” and enable 3D stereo sound effects when used with Huawei’s custom software.

White or gray magnesium and orange or green vegan leather housings will be available when the unit debuts for €799 (256GB) or €949 (512GB) in June; versions without 5G will debut in April starting at €549. Like the Mate Xs, the MatePad Pro models will run EMUI10; it’s unclear which 5G bands this tablet will support initially or via software update later.