While Pokemon is known for its soft, rounded art style and its creature designs often inspired by animals and nature, Digimon stands in direct contradiction with angular, sharp, and elaborate details in its designs. You might refer to this distinction as “spikiness,” since this is often how it is described by the series’ illustrators.

Many Pokemon fans have long argued that as the Generations have passed, the series’ creature designs have veered closer and closer to that of its counterpart. And there is a point to be made there — with over nine hundred Pokemon making up the Pokedex, you wouldn’t blame its designers if they looked towards its contemporary for inspiration every now and again. 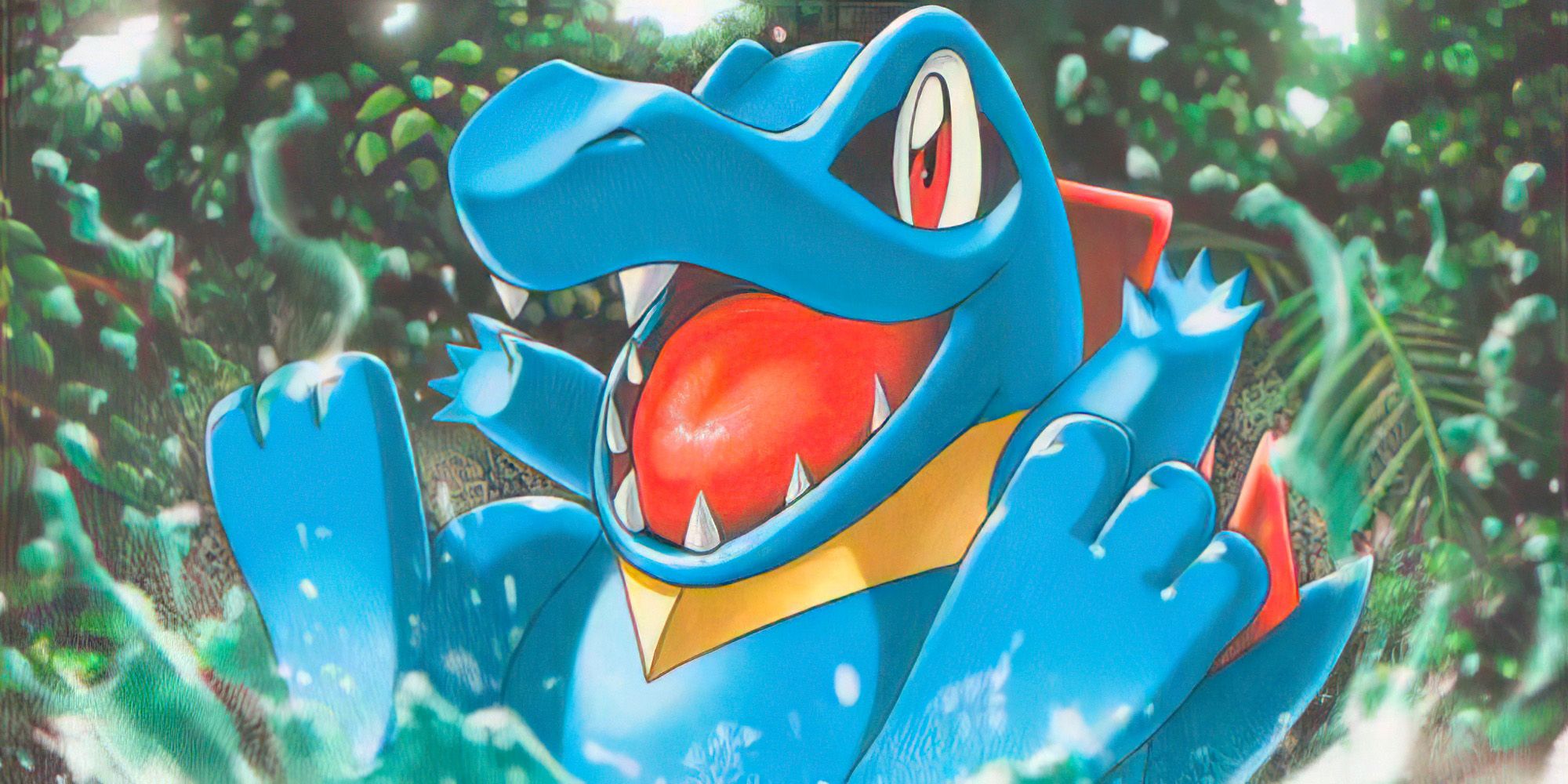 The first thing you might notice about Totodile is its strong, angular jaws. Which, by the way, you’d do well to stay away from. They’re said to be capable of crushing anything that gets in between them, including its own trainer. Ouch.

Totodile fits in perfectly fine in the Pokemon universe — there’s no denying that. But there’s also no denying that this creature, with its chunky, crocodilian features, would feel right at home in the Digital World, too. At first glance, you might even mistake the character for one of Agumon’s many variants. 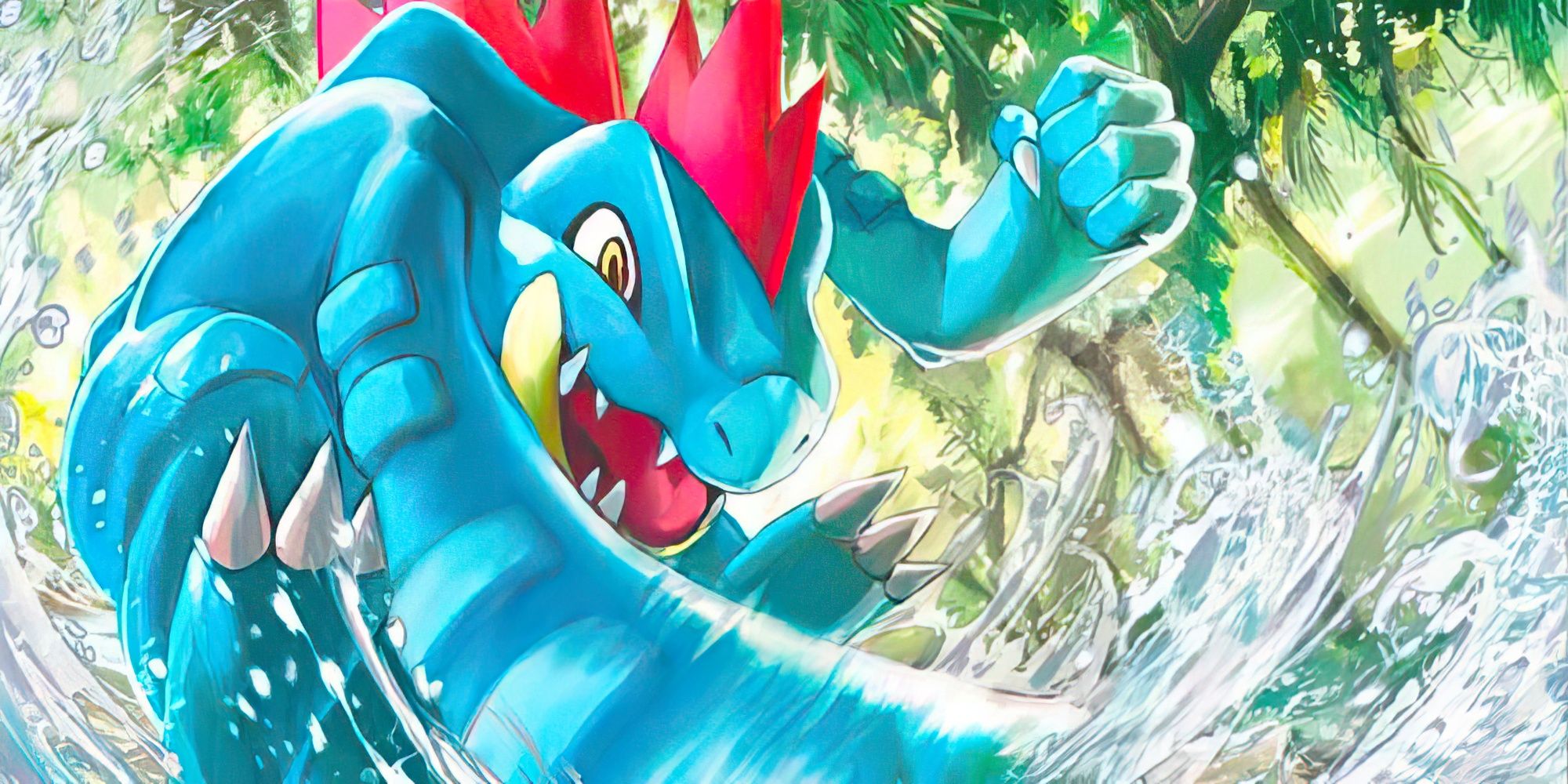 Totodile’s big brother, Feraligatr, is a bulky, bi-pedal reptilian Pokemon and Totodile’s final form. And, like its little brother, this vicious predator won’t hesitate to crunch down on any foe that gets in its way.

Reptile-type Digimon, like Agumon, Gabumon, and Guilmon, exhibit all the classic hallmarks of Digimon’s unique art style through their designs’ sharp and pointed features. Feraligatr would have no problem blending in with the rest of them, with details like the spiky spines it boasts on its head, back, and tail and each of the rectangular scales across its body. 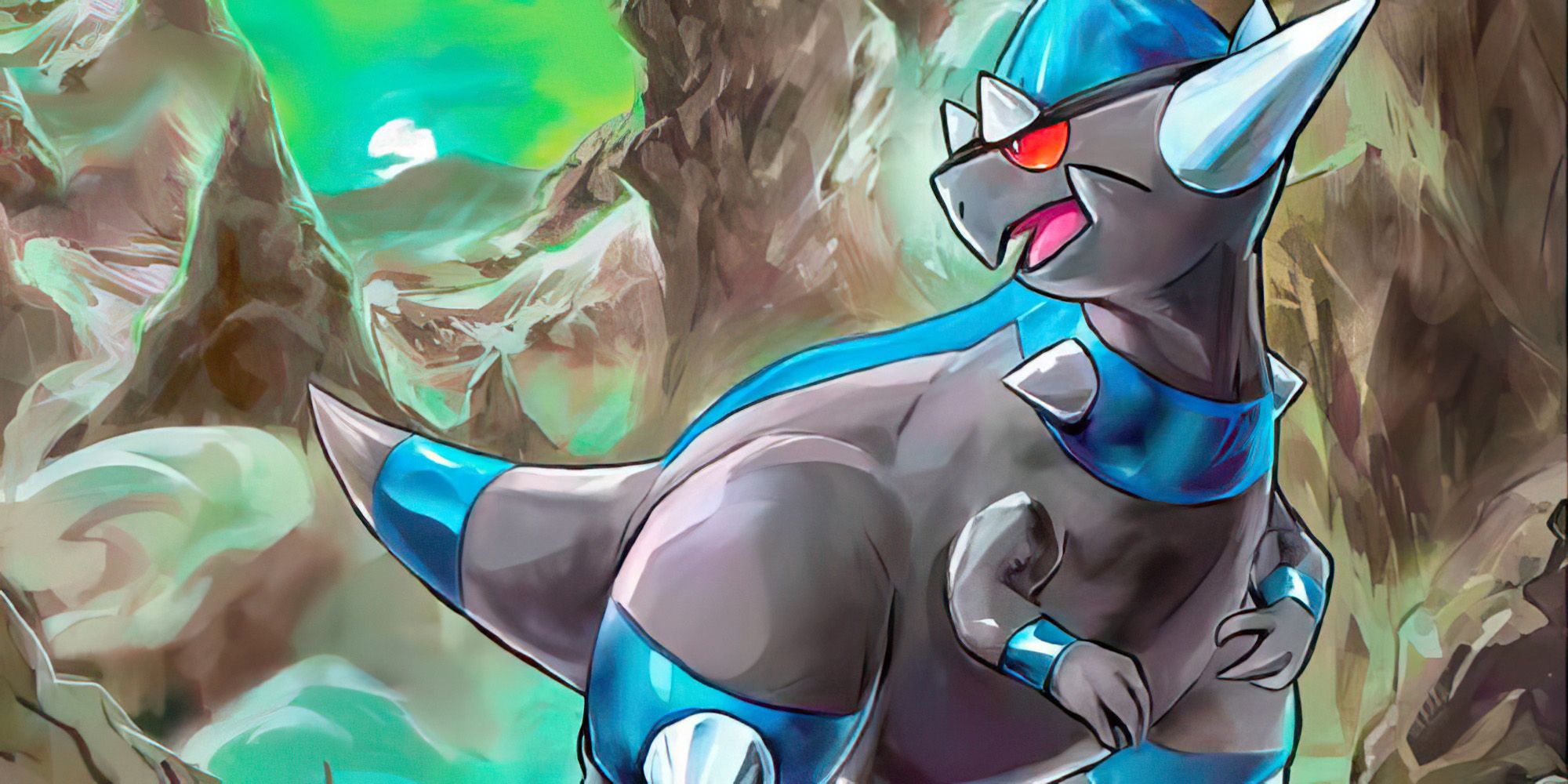 Dinosaurs have remained popular until now for a good reason. There’s just something about the larger-than-life existence of our ancient ancestors that, thousands of millennia later, continues to stir our imaginations. This dinosaur-like, headbutting Pokemon who can knock down just about anything in one single charge, is no exception.

Rampardos enjoys hitting things for fun. If you ever find yourself in its direct path, you might do well to get out of its way as quickly as possible. You might picture this Pokemon standing right alongside Digimon’s Guilmon, head down low, scanning for a target to show off its headbutting prowess. 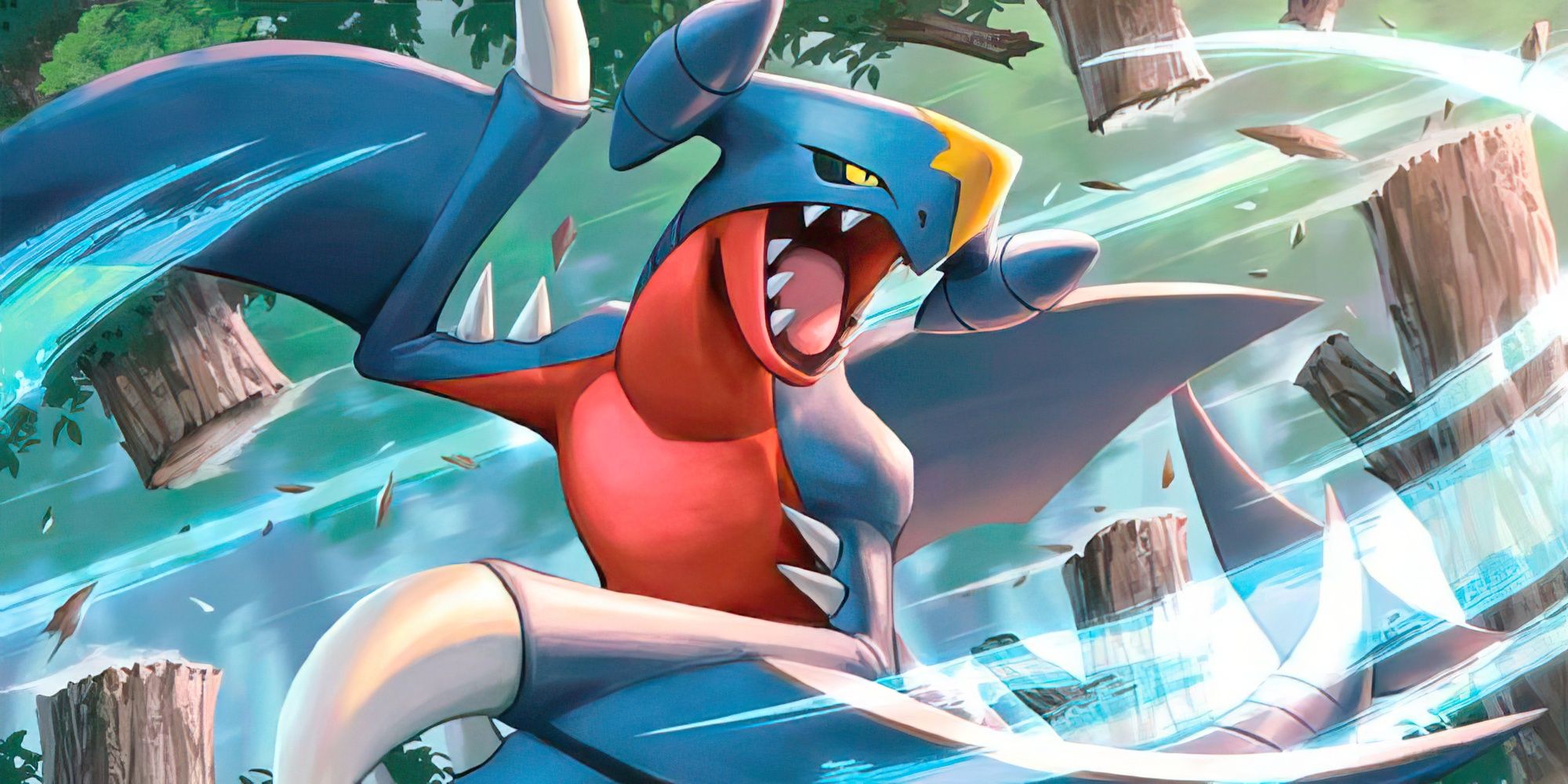 Garchomp is an extraordinary hunter — it preys on bird Pokemon and is known to hunt entire flocks whole, sometimes even holding midair battles with other flying beasts, like Salamancer, to compete for prey.

Garchomp is a Dragon and Ground-Type Pokemon first introduced in Generation 4. Its sharp-edged, draconian-like traits fall right in line with Digimon’s “spiky” design philosophy. It’s not hard to imagine this Pokemon taking on the role of a Champion-level Digimon, traversing across the skies of the Digital World. 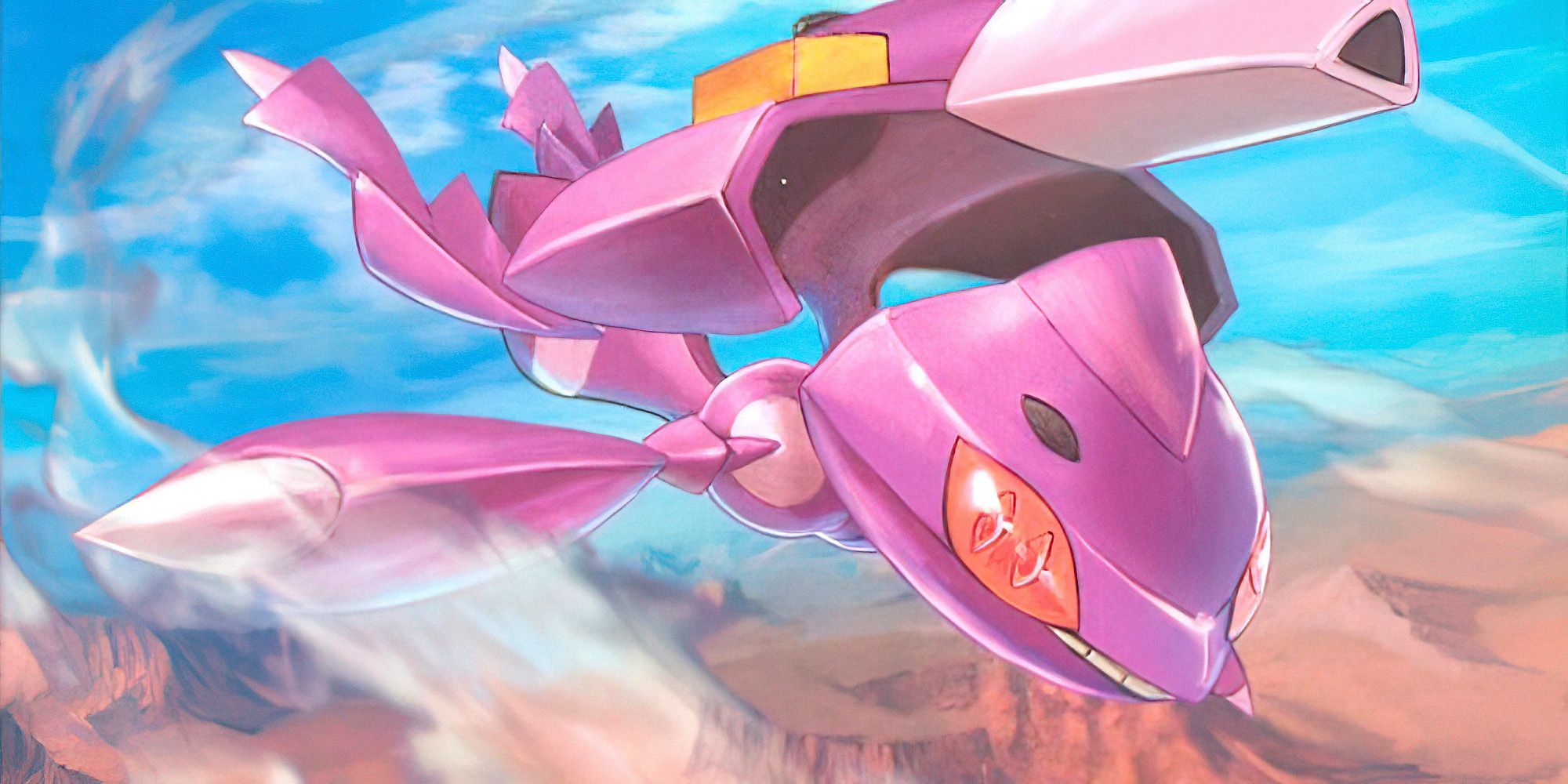 As Pokemon progressed across Generations, it seems the series began to look more and more towards its contemporary for creature inspiration. It’s only natural, of course: with nearly a thousand Pokemon in the roster, it does make sense that the designers might have started to run out of options for creating unique designs.

Case in point: one look at Genesect, and no one would blame you if you mistook this creature for a Digimon. With a giant cannon perched across its back, red bug eyes, and showing an overall influence from mecha design, this Pokemon is an exemplary display of Digimon’s design ethos.

5/10 Magearna, The Kind Soul With A Big Heart 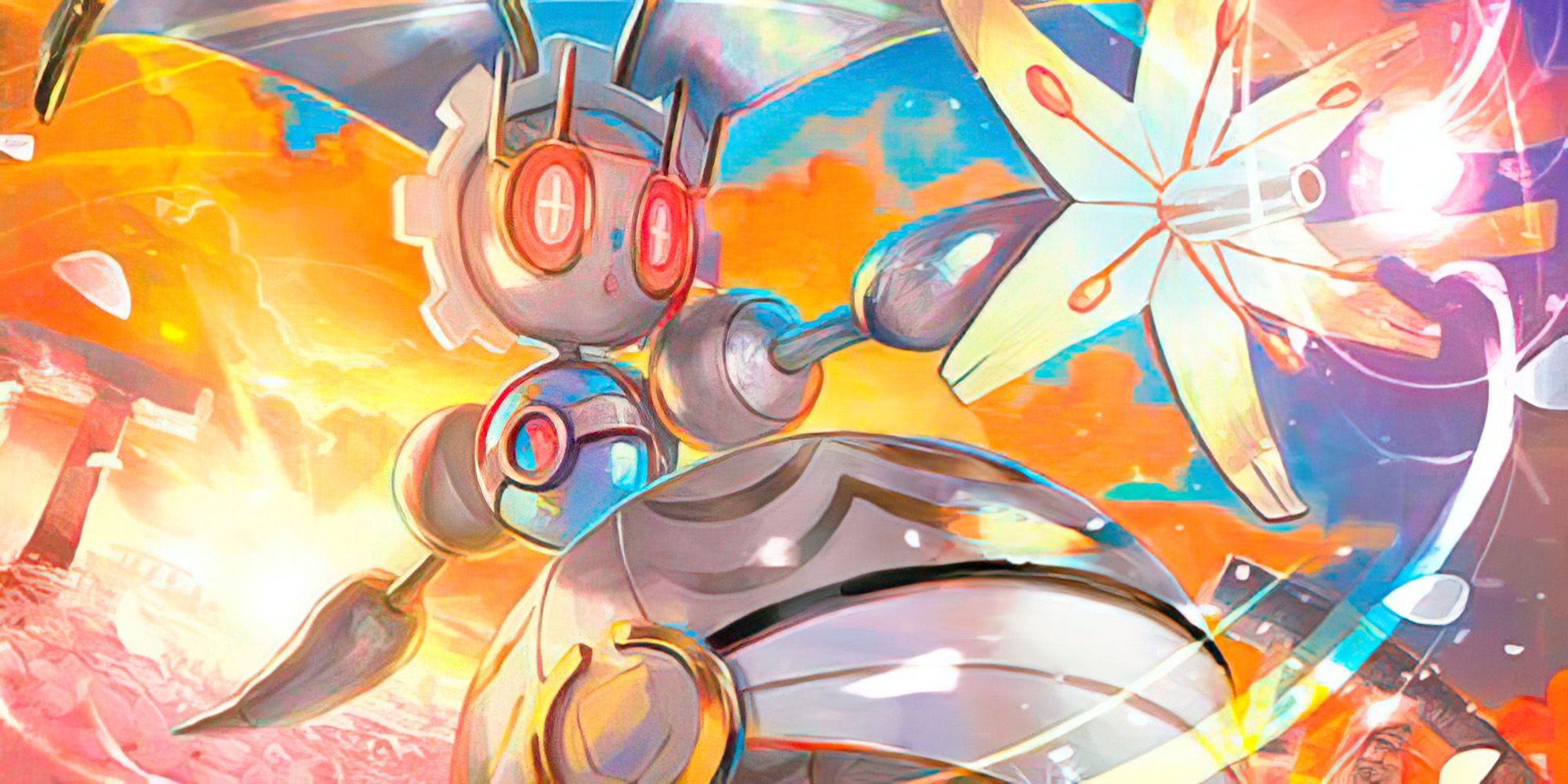 Magearna is a Steel and Fairy-Type Pokemon first introduced in Generation 7. The sphere at the center of its body is called the Soul-Heart, made from the life energy of other Pokemon. The Soul-Heart gives Magearna the ability to feel empathy and, from compassion, feels the duty to come to the aid of other Pokemon in need.

Magearna’s mechanical appearance aligns perfectly with Digimon’s art style, and its warm nature undoubtedly means it would make good acquaintances, if not great friends, with the Fairy-type Digimon Weddinmon. Weddinmon, a cheerful personality who wears a big cake-shaped dress, is said to constantly try to bring happiness to those around them.

4/10 Kyurem, The Bitter Soul With A Frozen Heart 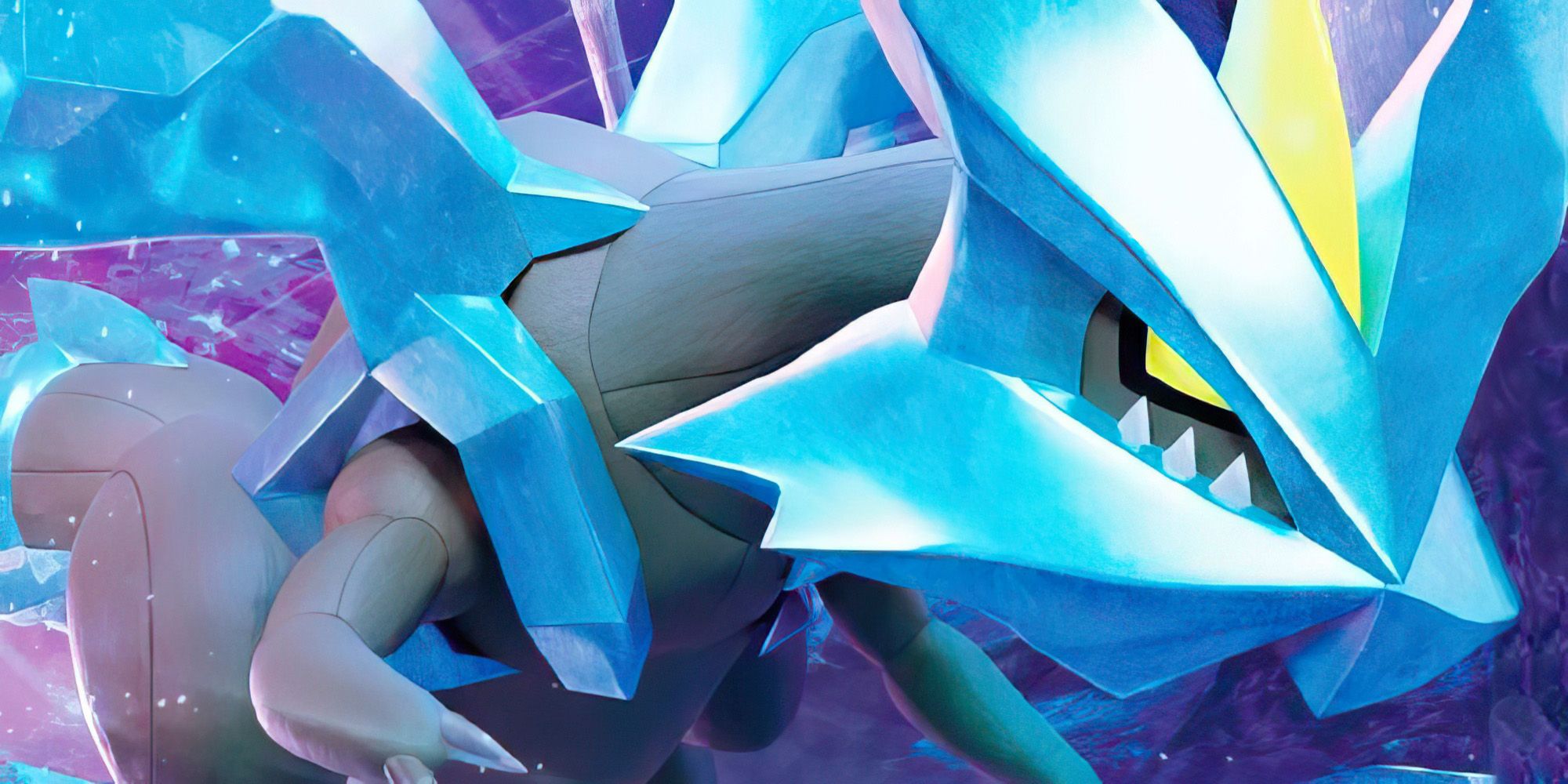 A monstrous force with the ability to harness the power of ice, Kyurem is said to be hostile towards other Pokemon and humans, as evidenced in Pokemon the Movie: Kyurem vs. the Sword of Justice, where Kyurem set on a terrifying rampage against Ash and friends.

With an abundance of sharp corners across its design, this Pokemon looks as if it jumped straight out of the Digimon universe. The glacier-like spikes wrapped around its body bring to mind the icy design elements boasted by the Dragon-type Digimon CrysPaledramon.

3/10 Necrozma, The Terrifying Titan That Came From Ultra Space 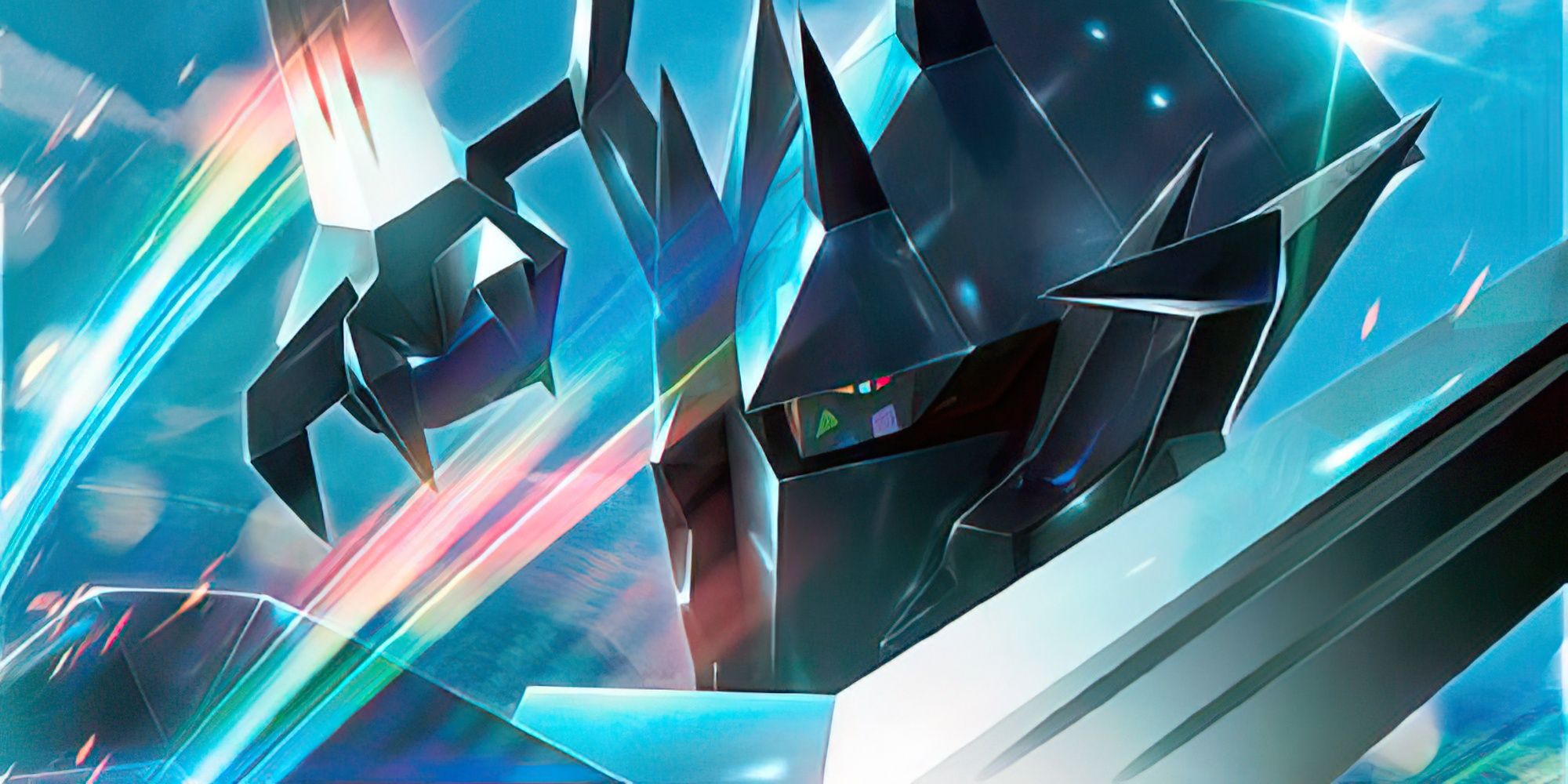 As Ultra Sun and Ultra Moon’s mascot, Necrozma appeared on both box arts and as the main antagonist in the games. Massive, frightening, and fierce, this Pokemon can take on three even scarier forms: Dusk Mane Necrozma, Dawn Wings Necrozma, and Ultra Necrozma.

Its crystalline appearance, matched with the hard-edged and pointed prisms that make up its entire body, makes one suspect that this humanoid-like creature might have taken an inspiration cue or two from the Digimon universe when its design was conceived.

2/10 Zygarde, The Legendary Wonder Of Kalos 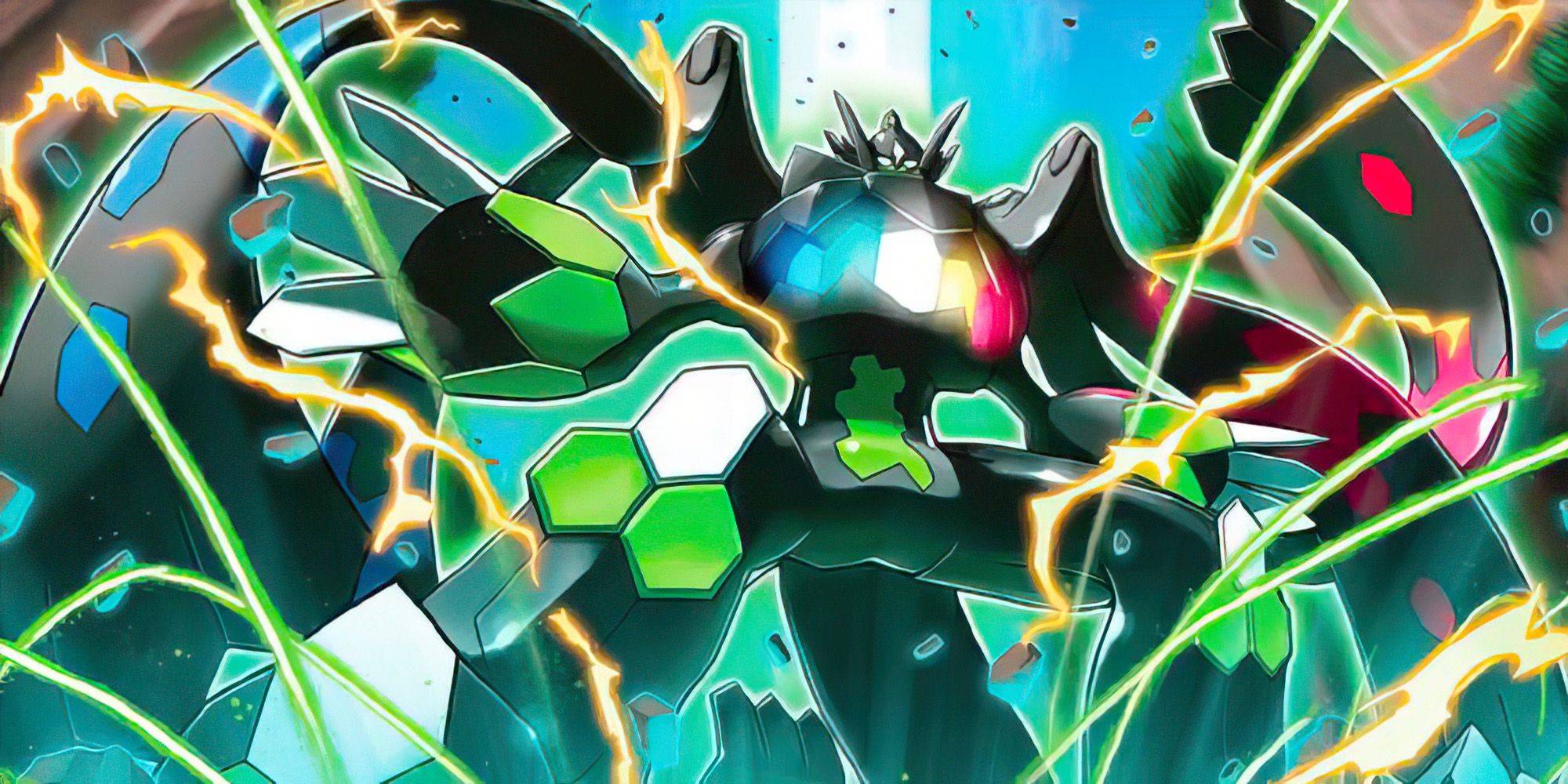 Introduced in Generation 6, this colossal Pokemon can take on three forms: Zygarde 10% Forme, Zygarde 50% Forme, and Zygarde Complete Forme. The exact form this Pokemon takes depends on the percentage of Cores and Cells it’s made up of. Cores and Cells act as the brains of this beast, who look like tiny, little jelly-blob Pokemon.

When Zygarde takes on its Complete Forme, its body transforms into the shape of a terrifying winged humanoid, with sharp-edged, hexagonal plates spattered across its body — checking off all the boxes needed to fit within Digimon’s particular art style and even standing toe-to-toe against the series' best designs.

1/10 Giratina, Of Legends From Sinnoh 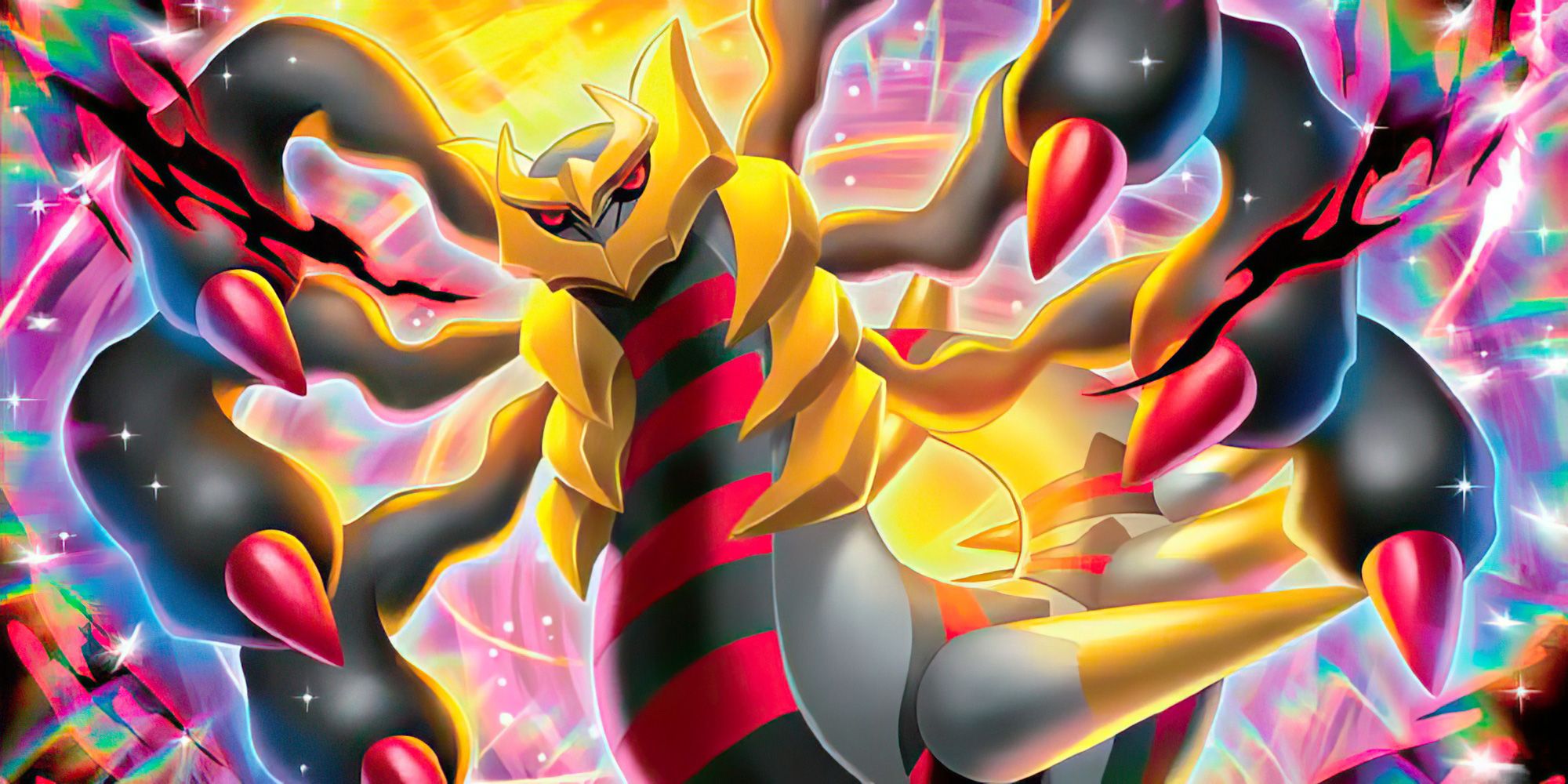 It’s said that when Arceus was born, the legendary Pokemon then went on to create Dialga, Palkia, and Giratina and tasked them with creating the universe. Dialga was given control of time, and Palkia control of space. But Giratina, who was given the role of keeping the world in balance, was ultimately banished to the Distortion World due to its violent nature.

Exhibiting pointed, thorny details across its menacing figure and a winged, celestial appearance, it’s obvious the role one might imagine Giratina would serve in Digimon’s universe: as a Celestial-type Digimon, keeper of balance over Earth and its parallel universe, the Digital World.