Wartales is the epic dark fantasy RPG where you command a group of mercenaries and struggle to survive in a challenging world. Its blend of open-world exploration and turn-based combat akin to the X-COM series makes it one of the best strategy RPGs around. While it can be difficult at times, the streamlined gameplay and manageable UI makes it an extremely accessible strategy title.

However, managing your band of merry mercenaries isn't as easy as it first seems. With plague rats, ghost wolves, bandits, and more around every corner and a world in turmoil crumbling around you, there's plenty to keep you and your mercenaries occupied. So, knowing a few tips and tricks before heading in is a surefire strategy to ensure you'll remain alive.

10 Head Into Town As Quickly As Possible 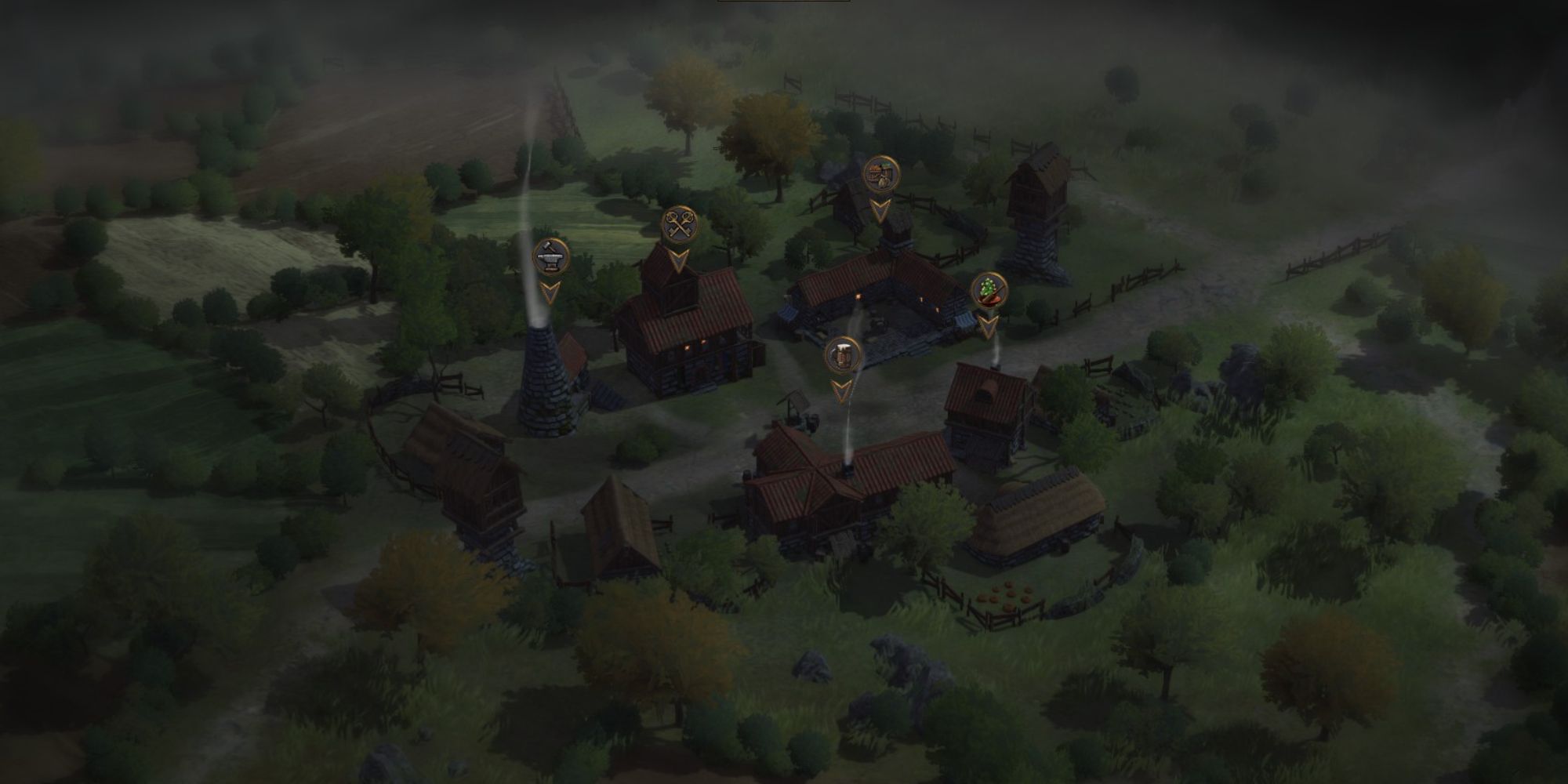 When you start your adventure in Wartales it is easy to feel overwhelmed. You can go anywhere and do practically anything from the outset, so figuring out just what to do can be difficult. Fortunately, there are a few towns scattered across the various regions, and heading there first is a great idea.

In the starting town, you'll have access to a smithy, an apothecary, a trader, and a quest giver. Essentially, you'll be able to garner enough gear and equipment as well as the means to make more money from towns. It's a great starting point and will ensure that players who are unsure of what to do have the means to ground themselves. 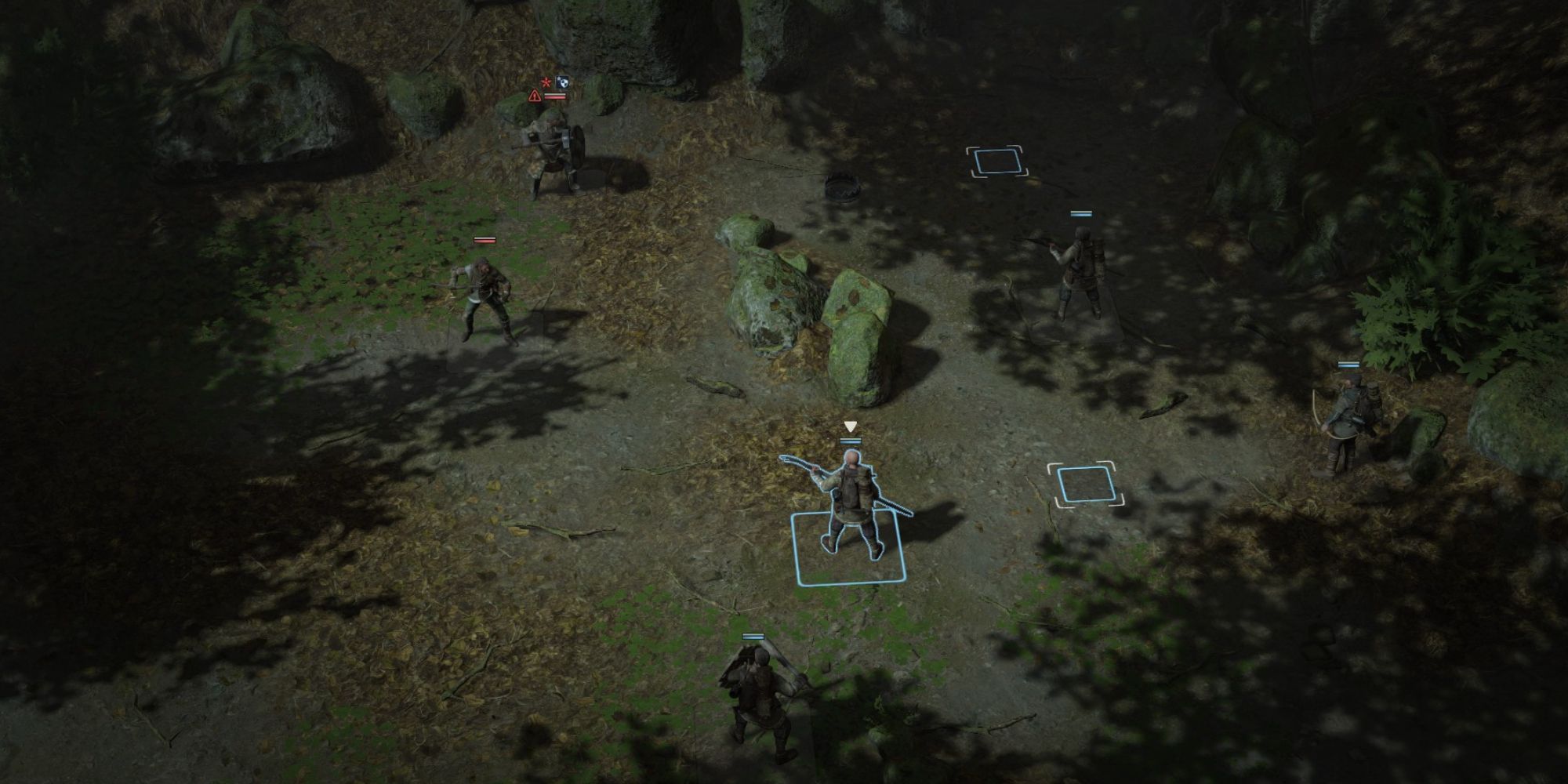 Combat in Wartales can be quite challenging as the odds are normally stacked in the enemy's favour. You'll almost always have fewer soldiers than they do, and will frequently find yourself surrounded. So, knowing exactly where to position your soldiers is a great way to ensure you don't lose your first fight.

Understanding your various mercenaries and their capabilities will help with knowing just where to place them. For example, a stronger soldier wielding a larger axe may be able to dispense of a handful of enemies all by themselves, whereas a weaker soldier with a knife would struggle. So, before making your first move in any combat encounter, make sure to position your troops carefully. 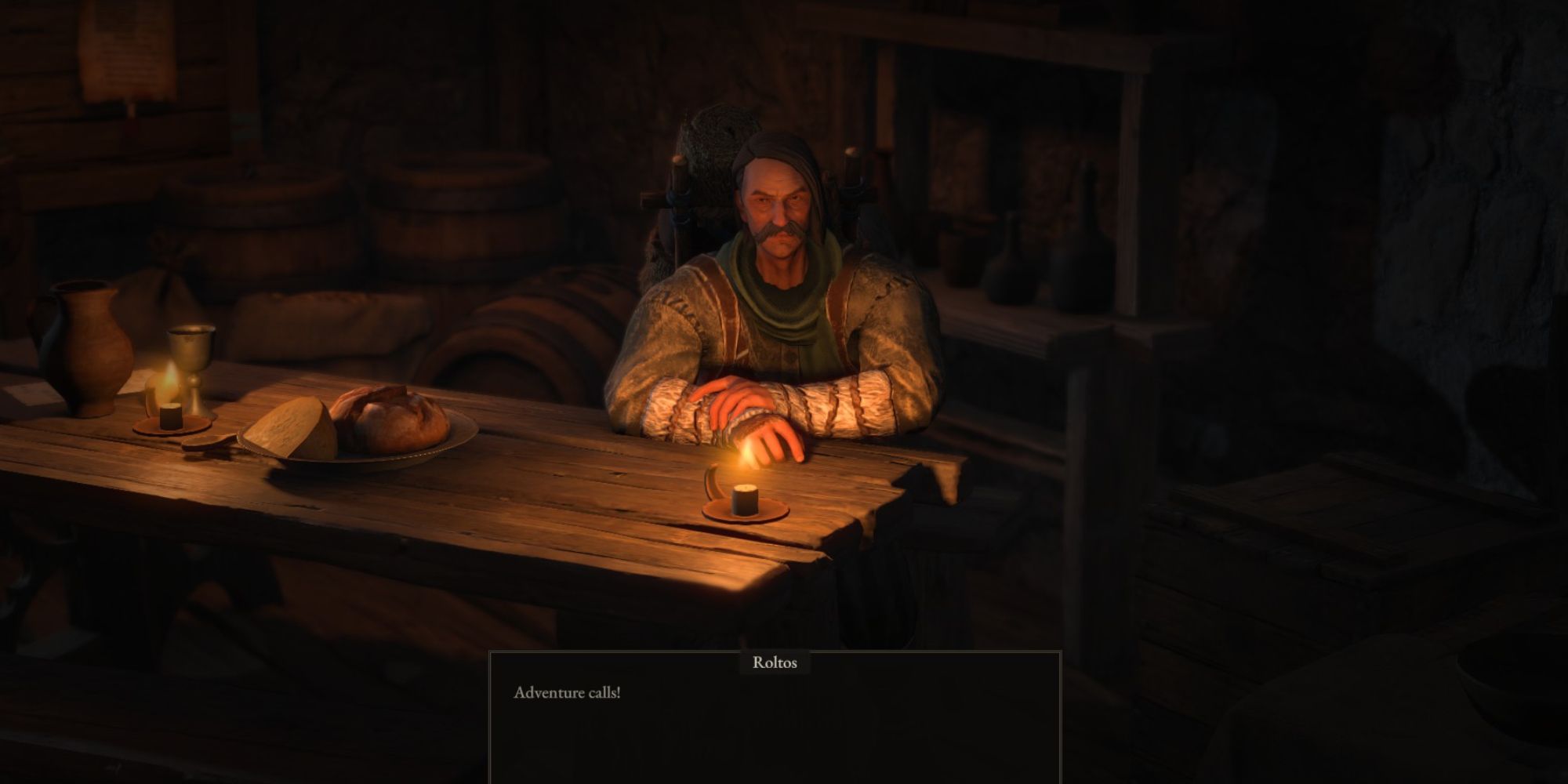 Companions are expensive as they cost both influence and coins. You may feel that in the early hours of the game you don't need any additional soldiers and that your resources would be better placed in upgrading the gear and equipment of your current companions. However, the world of Wartales is harsh and unforgiving, and if you're not careful you could end up with a party of zero.

Your mercenaries may run away if they get scared, suffer from the plague if they are bitten by a rat, leave if they feel dissatisfied or simply die in combat against a tougher enemy. By recruiting additional companions whenever you can, you ensure that you won't suddenly have to fill in the gaps with inexperienced soldiers later down the line. 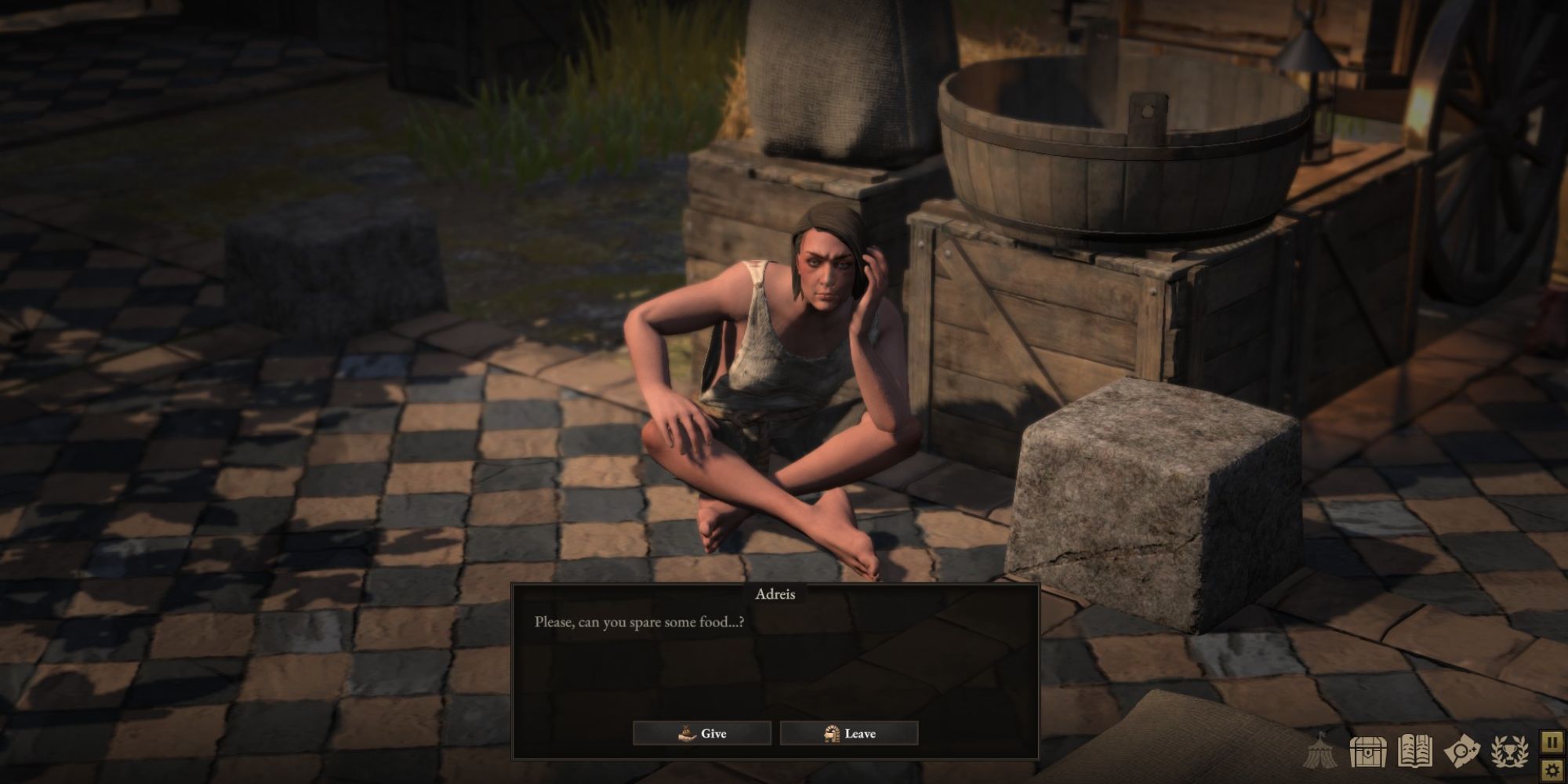 Wartales won't hold your hand throughout your adventure. More often than not, you'll be required to venture out and discover how things work all by your lonesome. However, if you are struggling to find things to do, then your best bet is to simply talk to everyone you meet. By visiting the small villages, windmills, farms, and more that you come across you'll meet a whole cast of characters worth talking to.

The wonderful openness of Wartales' game design means that you may never stumble across a region's questline or may encounter it immediately. It's up to you whether or not you pursue the quests given to you by NPCs, but conversing with them as much as possible will reward you with clues about other missions or simply give you a purpose in your mercenary life. This level of freedom is what makes Wartales one of the best dark fantasy strategy RPGs available.

6 Pay Attention To The Paths 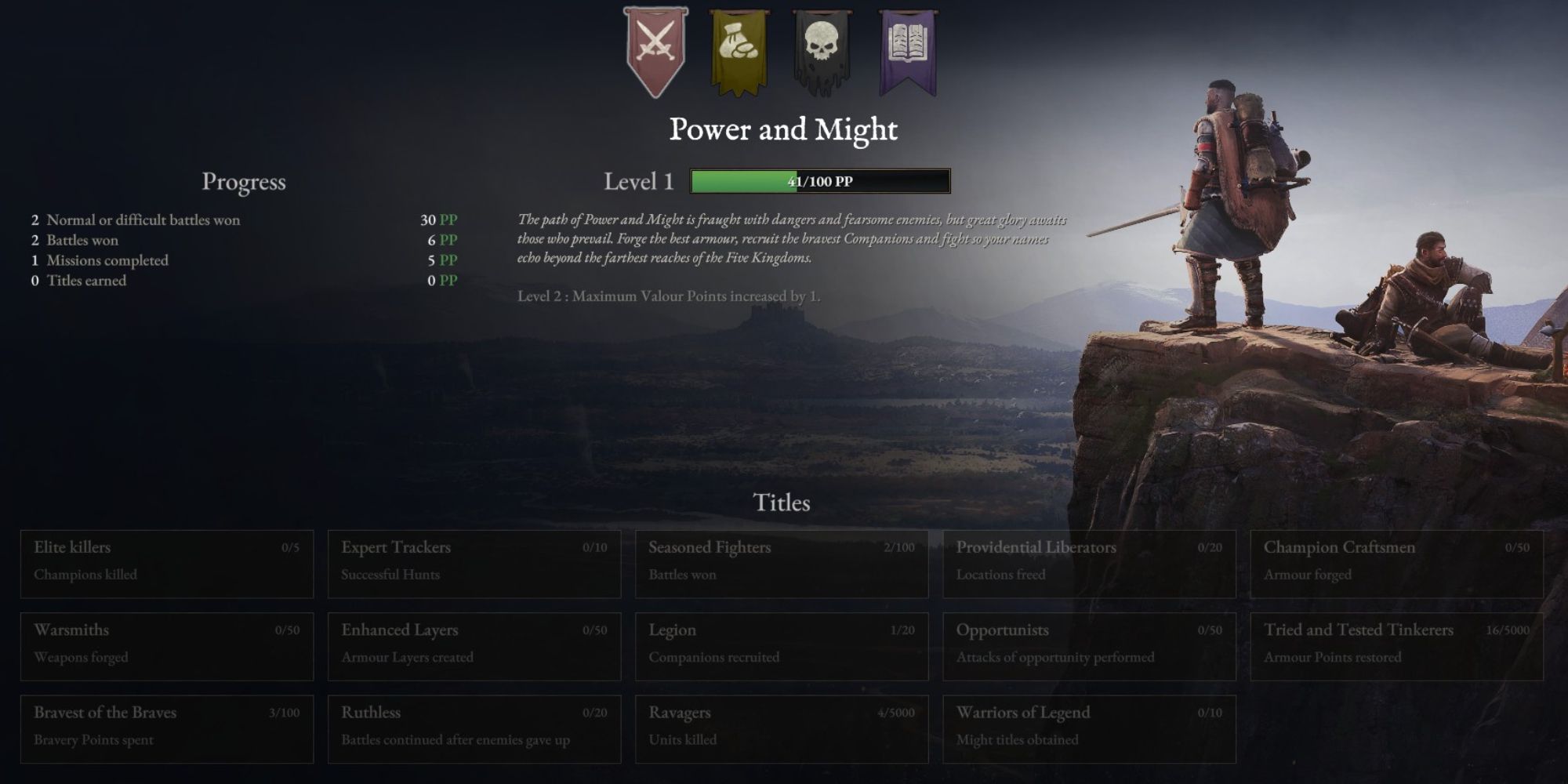 Throughout your time with Wartales you may find you're unlocking new missions or rewards simply by playing. By heading to the Paths panel, you'll discover why. By completing basic objectives such as winning a certain number of fights or discovering a certain amount of places, you'll unlock experience points that go towards leveling up Paths. The further you progress up these Paths, the more rewards and missions you shall receive.

Paying attention to the Paths panel will allow you to not only keep track of which tasks you need to complete next but also what rewards you have received thus far and which ones you're expecting to get next. It is a great way to ensure you constantly have something to strive towards and keep you busy while you explore or pursue side missions.

5 Give Your Companions Professions 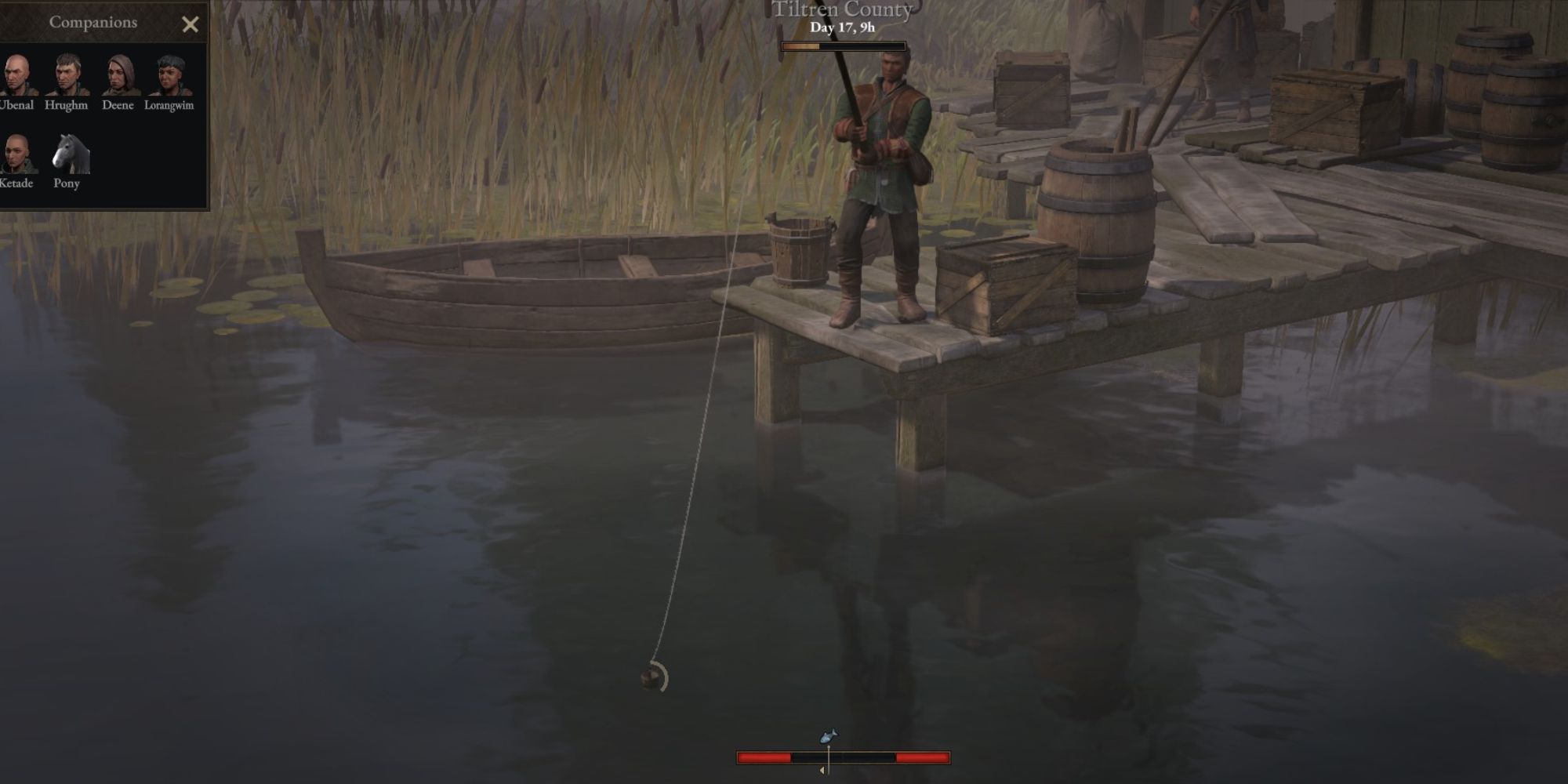 There are many professions to unlock as you play Wartales. By simply uncovering a new place or mechanic tied to a profession, for example, a fishing spot near a lake, you'll unlock the ability to pursue that job. However, you'll only be able to use it and progress further up the ladder by assigning it to one of your companions.

From fishing to forging, these professions will net you a series of extremely desirable rewards. The ability to fish will mean your mercenaries never go hungry and the ability to forge means you can create new equipment whenever you want. Ensuring that your mercenaries are completing these jobs during their downtime is a great way to not only add some personality to them but also get your entire squad some rewards.

4 Craft As Early As Possible 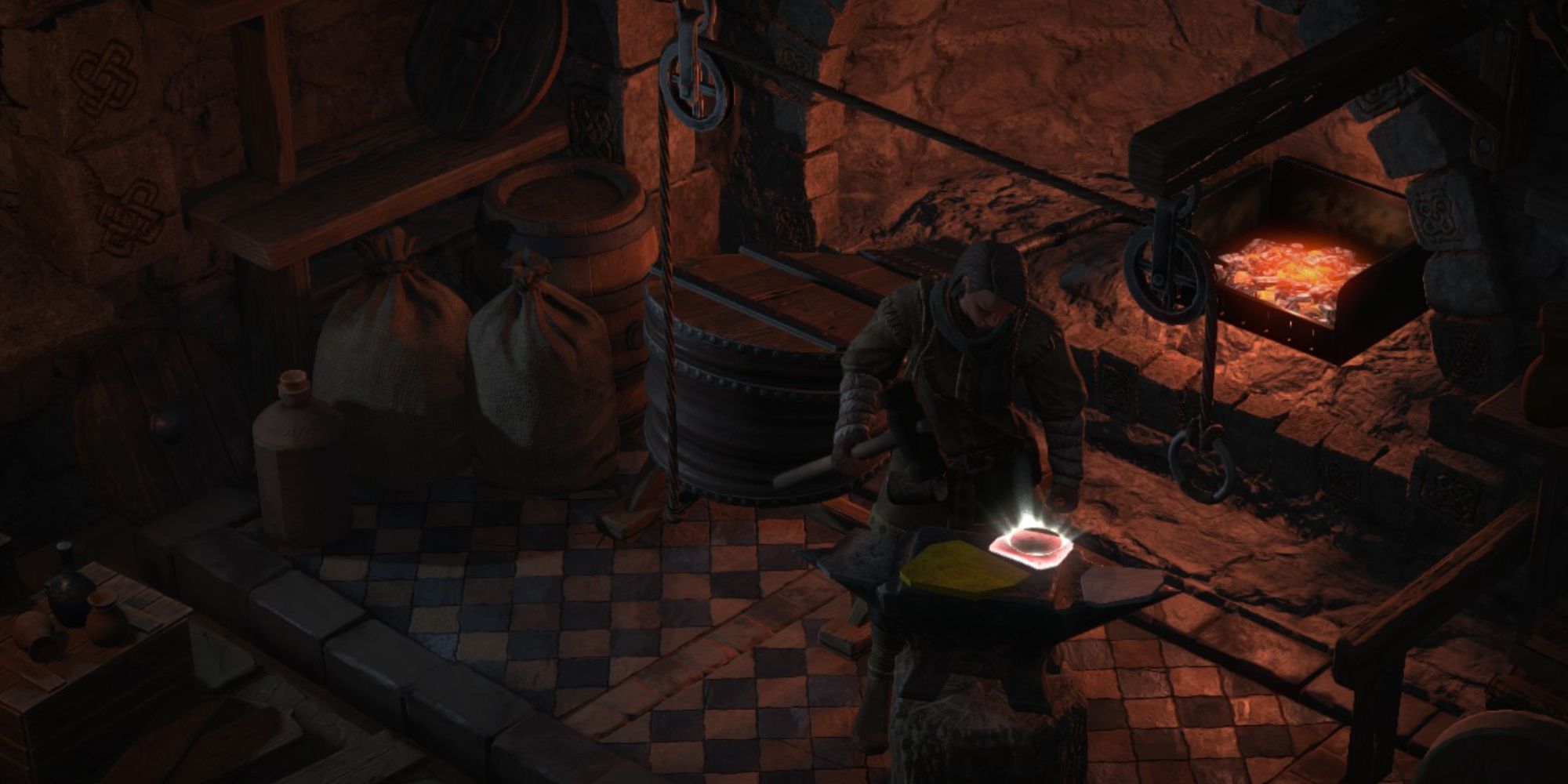 Crafting is a key component of Wartales. Through the crafting mechanic, you can make potions, armour, weapons, lockpicks, and much more. To be able to craft, you'll need to both unlock the right profession as well as unlock the recipes as you play.

However, while you won't be able to craft all that much when you first start, beginning your crafting career as early as possible will mean your companions are higher-level much quicker. Additionally, foraging for resources as you explore is a great way to ensure you always have enough to craft with.

3 Get Missions From The Informant 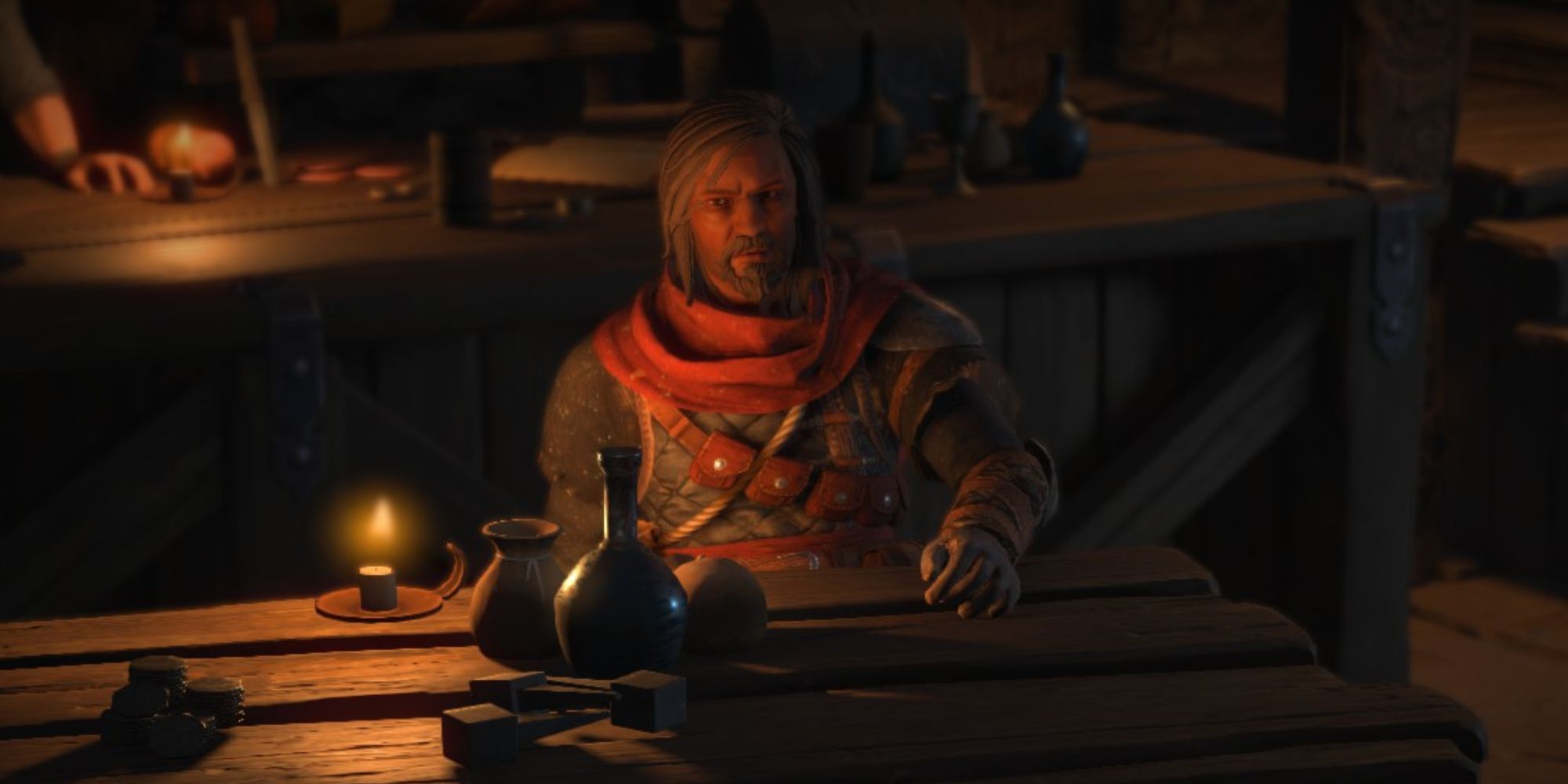 At the start of the game, there are three ways to get missions. The first is by visiting a town and talking to the quest giver in the tavern. The second is to stumble across region missions in the various locations scattered across the world. The third and final means is to buy them from the informant in the tavern.

While spending your precious resources on these missions may seem like a bad idea, they are in fact some of the best missions available. Not only do they add variety to this incredible medieval fantasy strategy game, but they are also a great way to get rewards quickly. 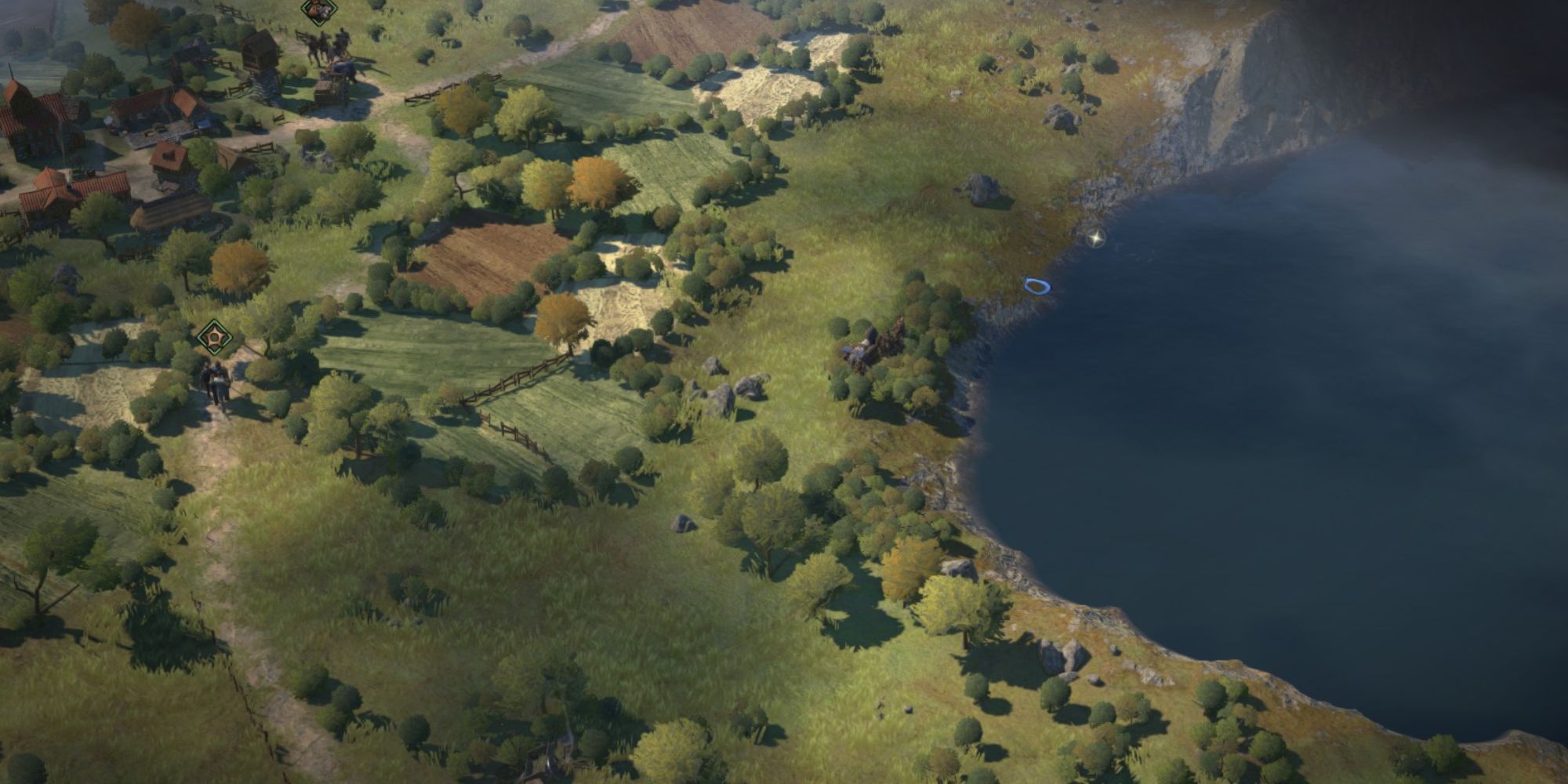 Unlike most games in the same genre, Wartales offers some modern improvements to help those struggling. For example, whenever you accept a mission you'll be given a quest marker that appears on your map. By bringing it up with the press of a single button, you'll be able to see exactly where you need to go, and what type of quest it is.

While you'll almost certainly familiarise yourself with the world as you explore, utilising your map is a great way to not only get your bearings but also find important quest locations. As there is no mini-map, it's safe to assume that you'll likely rely on your map quite a lot.

1 Use Your Skill Points Wisely 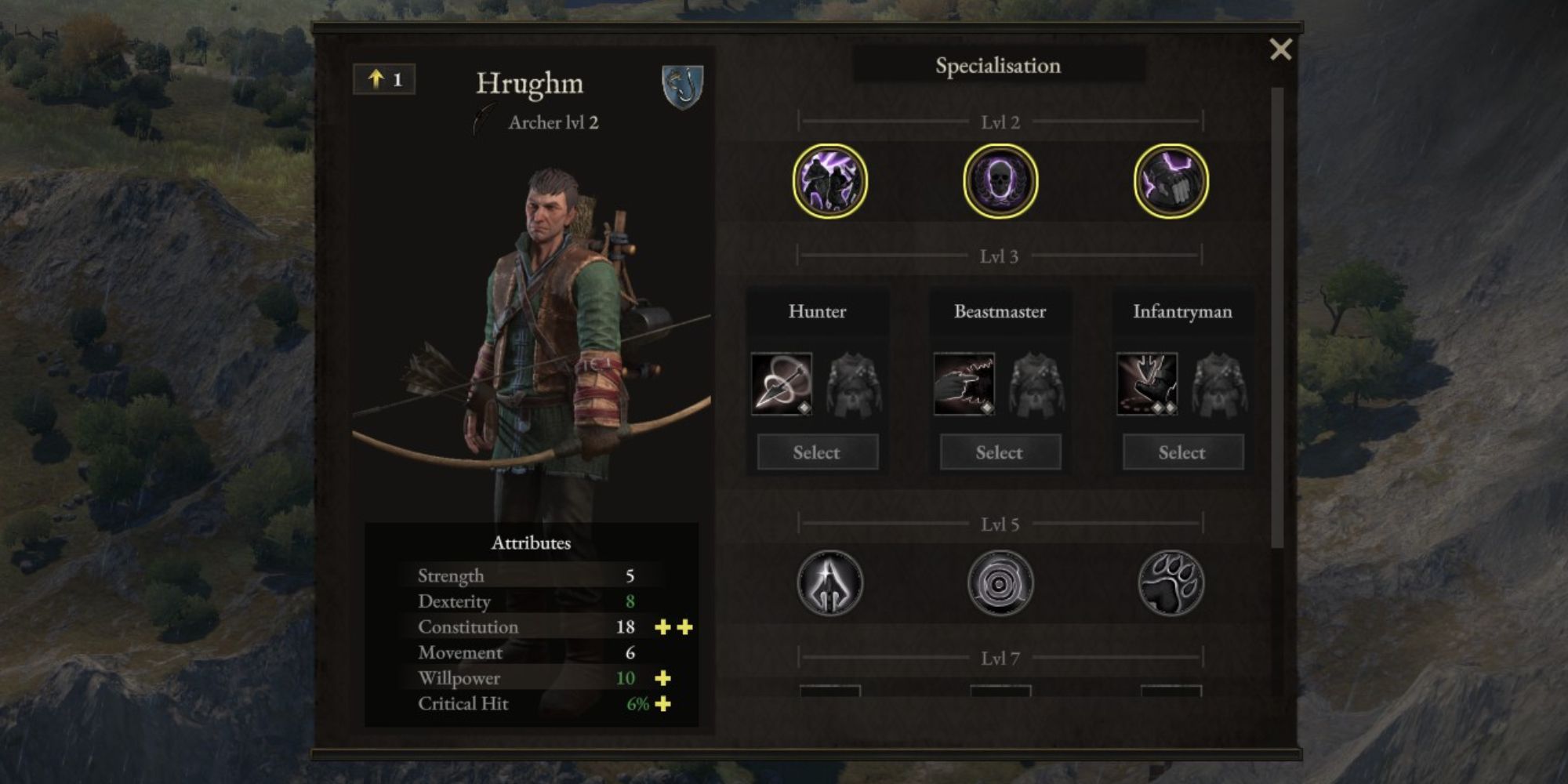 Whenever one of your many mercenaries levels up you'll be given a series of skill points to apply. These range from points to put into Dexterity, Strength, and more to choose what skills your mercenary will unlock next. So, ensuring not to throw caution to the wind and carefully applying your points in the right areas is a very smart strategy.

As certain skills will lock your mercenary into specific armour sets or skill sets, it's important that you decide beforehand what route you'd like them to take. For example, can you craft heavy armour? Do you want another spear-throwing mercenary or someone who can buff their allies? Asking yourself these questions beforehand will help you allocate your points wisely.