Ratchet and Clank: Rift Apart is rife with systems and mechanics to help you throughout your journey. However, some of these helpful systems can end up getting lost in the shuffle. There are many things to see and do in Rift Apart, which can potentially mean you miss out on things.

For the most part, the early game in Ratchet and Clank: Rift Apart is straightforward, offers an insight into what’s going on, and explains the game’s core mechanics. After that, there are things around the edges or buried within a system that could be explained a bit better or even demonstrated more. Here are some things to look out for.

10 Some Items Are Only Obtainable Later 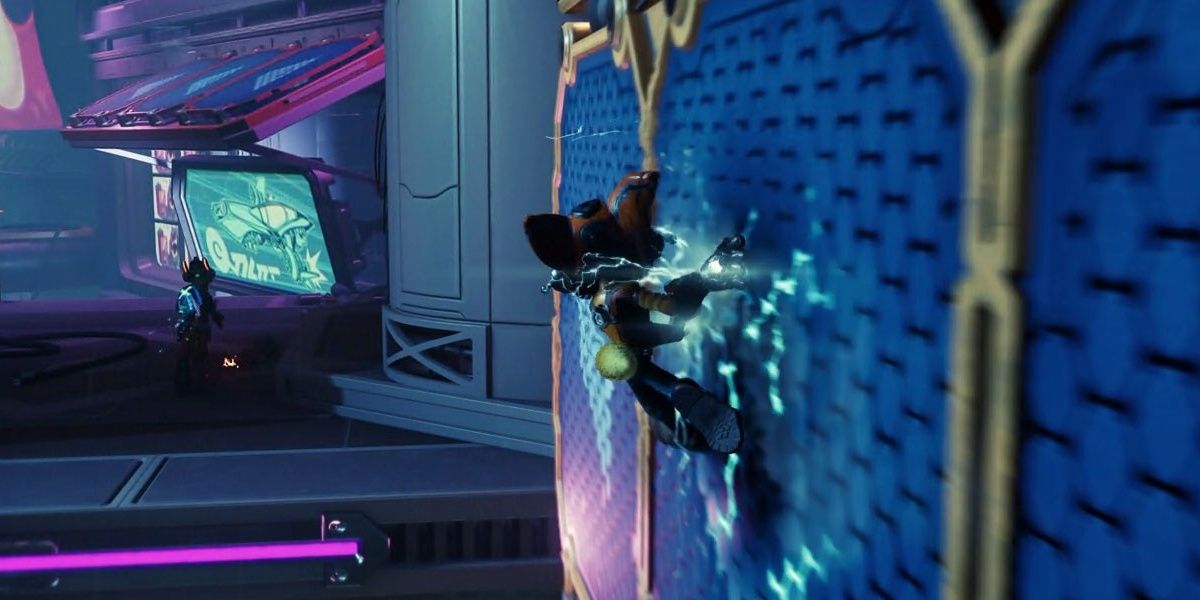 There will be many instances in Ratchet and Clank: Rift Apart where you will see a Collectible in the distance and may not be able to reach it, and that’s okay. It’s designed that way, so don’t get discouraged if you can’t get to a spot on the map!

You will accumulate multiple new abilities that will allow you to reach areas that you couldn’t before. Most Collectibles are cleverly tucked away into areas just out of reach and typically require that stage’s Gadget to obtain. Other collectibles will need a Gadget from a much later planet, so don’t sweat it. You will be able to collect everything eventually!

9 Focus On The Bonus Perks 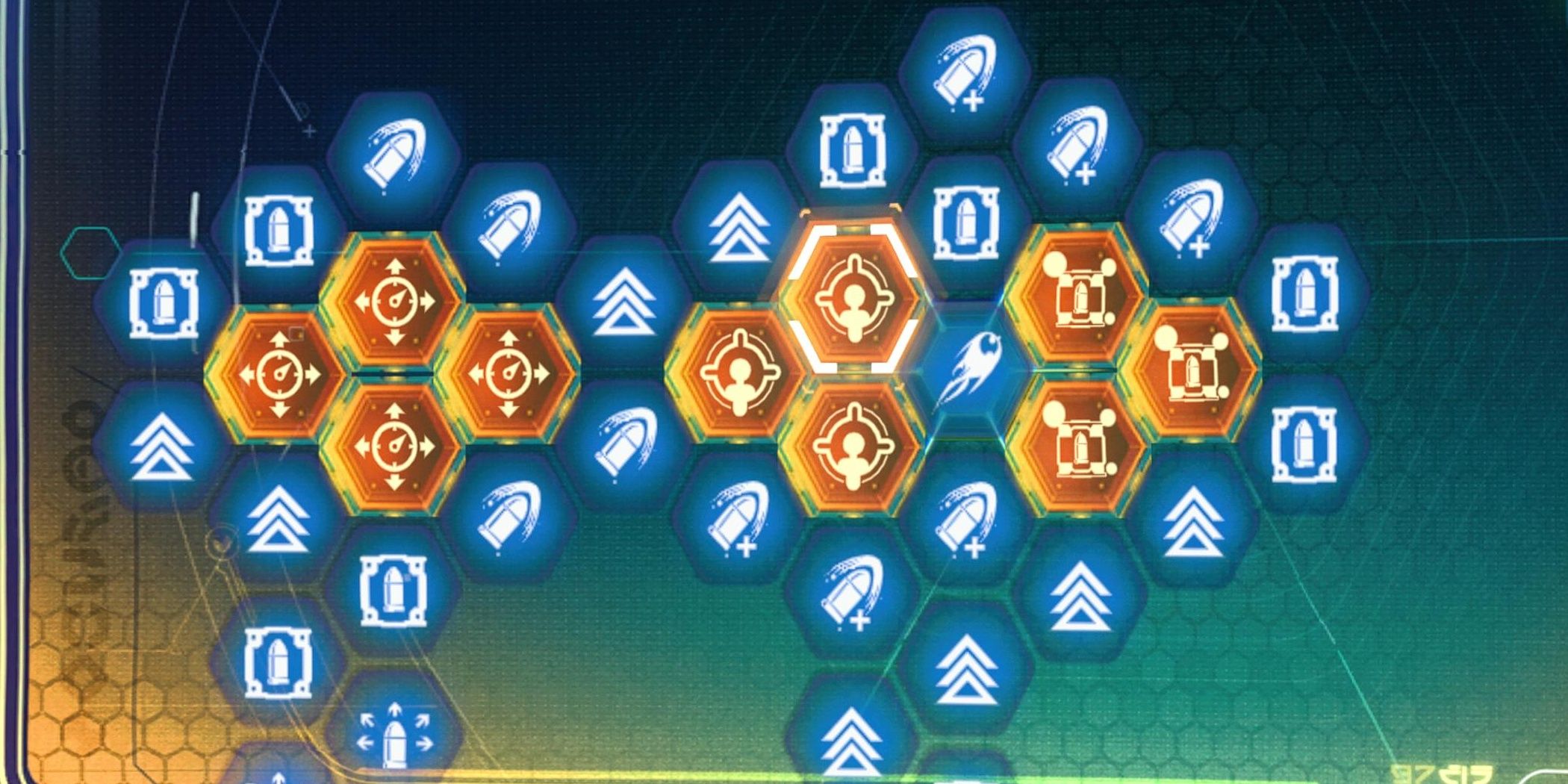 When upgrading your weapons, you’ll unlock perks that help buff or build upon the weapon’s stats. Therefore, you should focus on obtaining the Bonus Perks first before filling out the rest of the upgrade tree.

Bonus Perks are the Orange hexagons in the upgrade menu and will add new systems for the weapon, often making them stronger or more viable. Some examples of a Bonus Perk are more damage from headshots, piercing rounds, additional Bolts, and more! 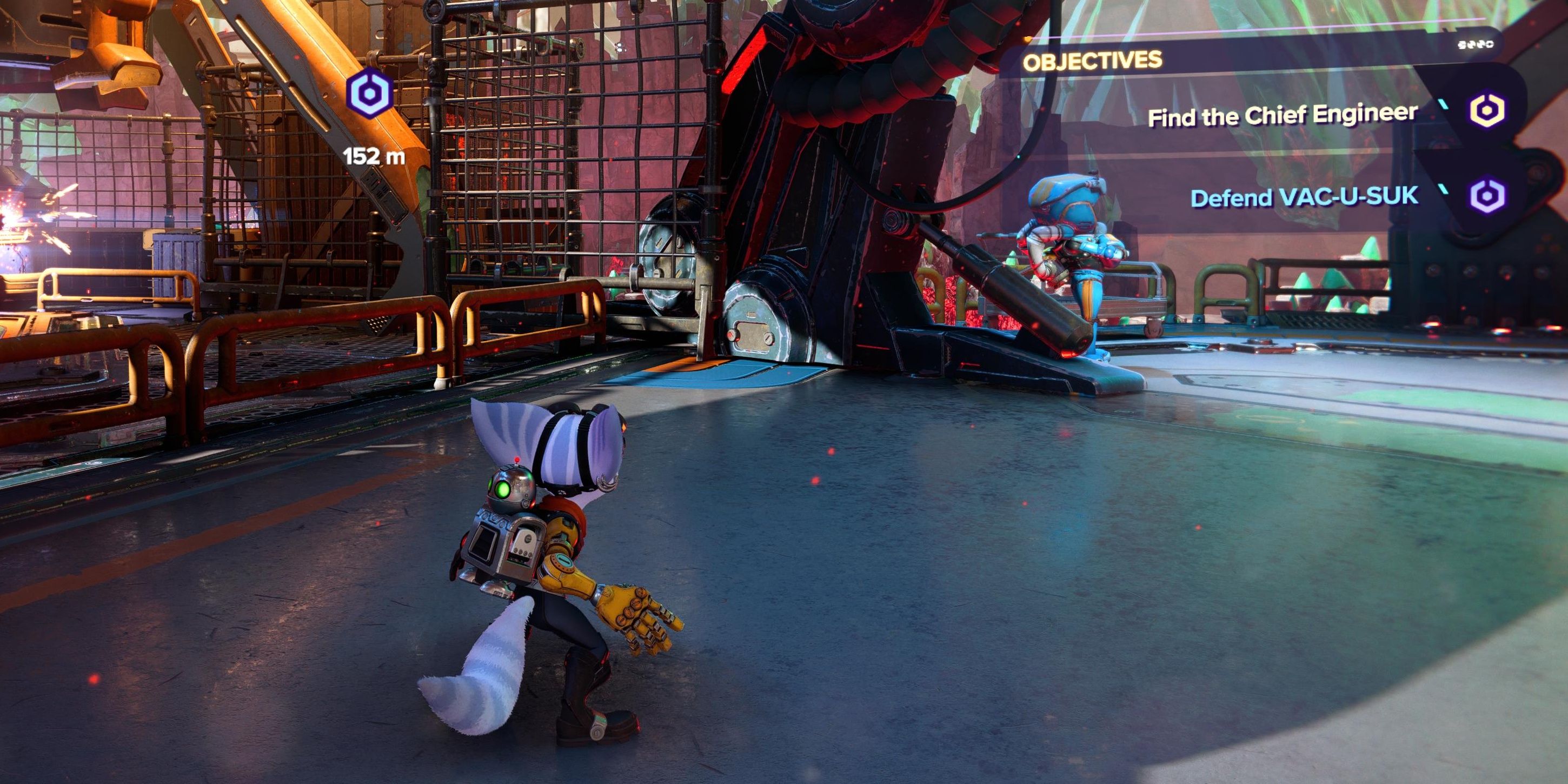 There can be many moments in Ratchet and Clank: Rift Apart where you may not know the direction you are supposed to go, which can be frustrating. Fortunately, there is a quick and simple way to view your current objective’s location.

By simply clicking on the right thumbstick (R3), all of your current Main and Side objectives will pop up as icons in the world, showing you their exact location and distance. This method is much better than pulling up the map every time you are lost and will guide you in the right direction immediately.

7 Pay Attention To Your Map 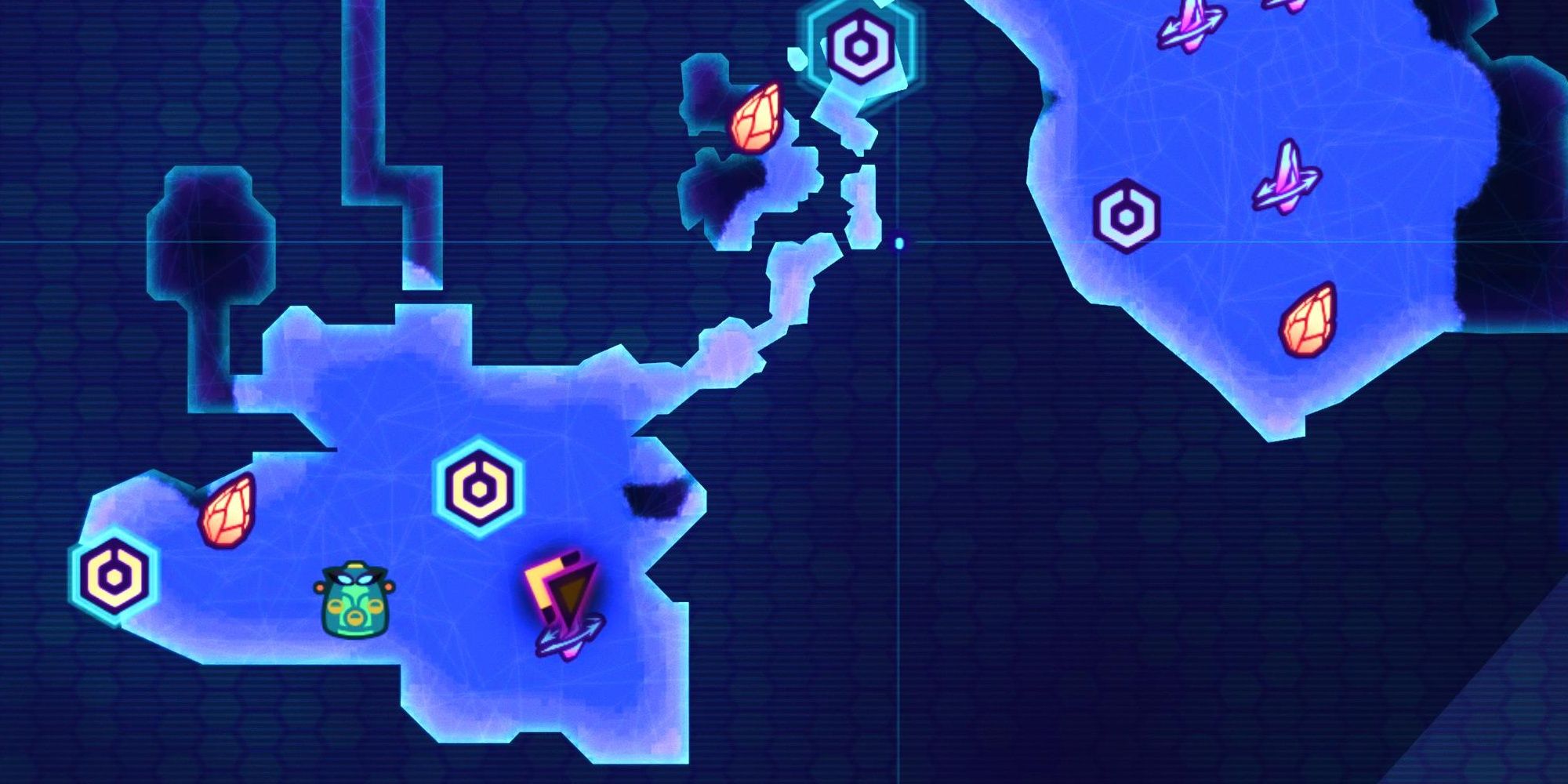 Even though your map isn’t the best choice for finding your current objective, it is helpful in many other vital ways. For example, the map also gradually fills in whenever you pass through a previously unexplored area, making it easier to spot areas you may not be able to access yet or may have missed.

Pulling up the map will give you much-needed insight into your current location and help you to discover secrets, side quests, vendors, collectibles, and currency. The map page will also have the location’s totals displayed, letting you know if you found every Gold Bolt, Armor Piece, or Spybot in the area.

6 The Arena Is Important 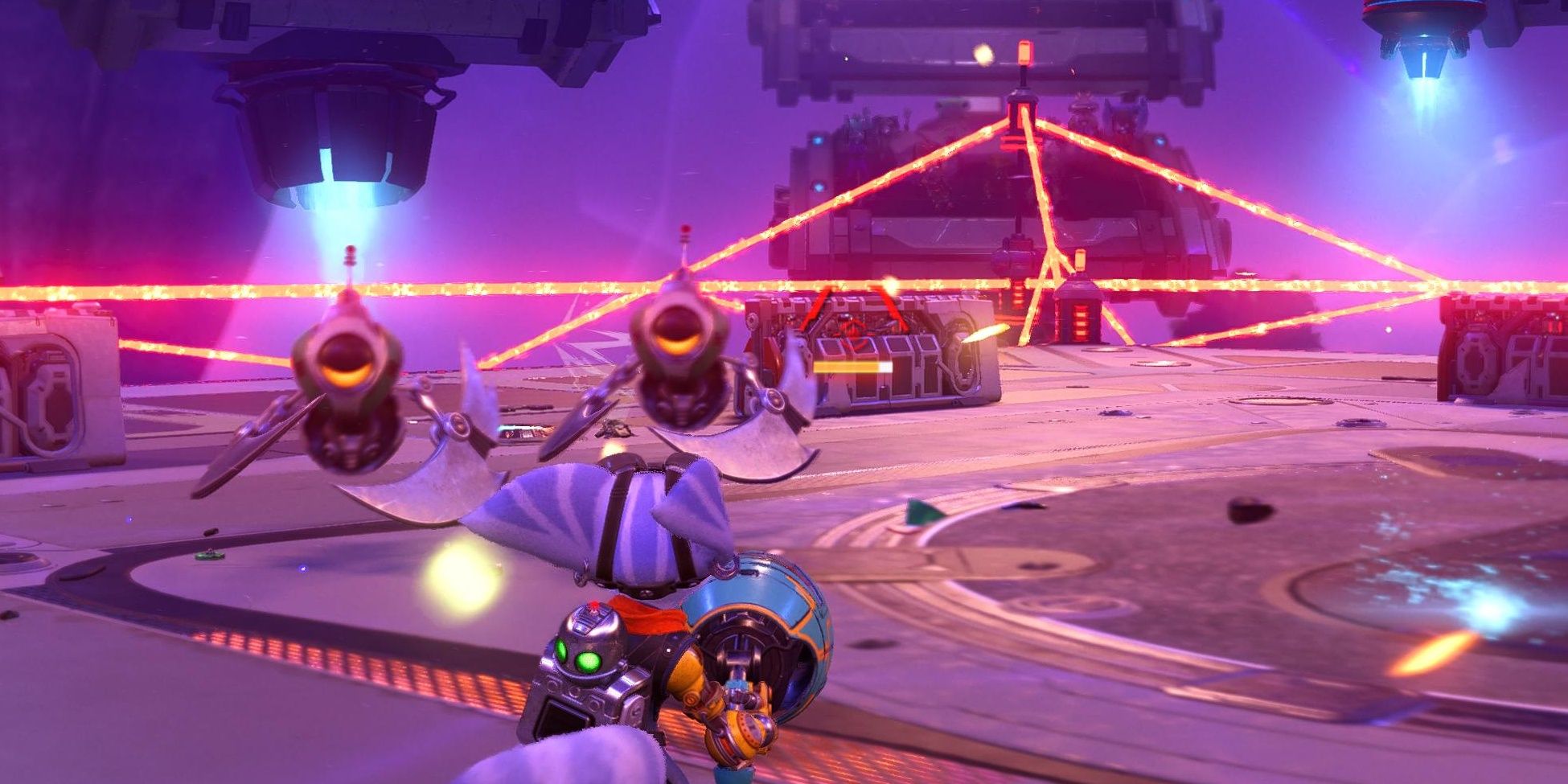 Early on in Ratchet and Clank: Rift Apart, you will compete in a wave-based Arena mode during the main questline. However, upon completing the mission, you can choose to continue with the game and never look back at the Arena, which we suspect most will do.

The Arena will constantly add new challenges whenever you progress with the story, so it’s crucial to keep checking in every once in a while. The Arena is also a great place to farm experience and Bolts early on, eventually leading to Gold Bolts and Armor when you get further into the story. So please do not ignore the Arena after the mandatory mission; it serves a vital role in leveling up and obtaining every collectible! 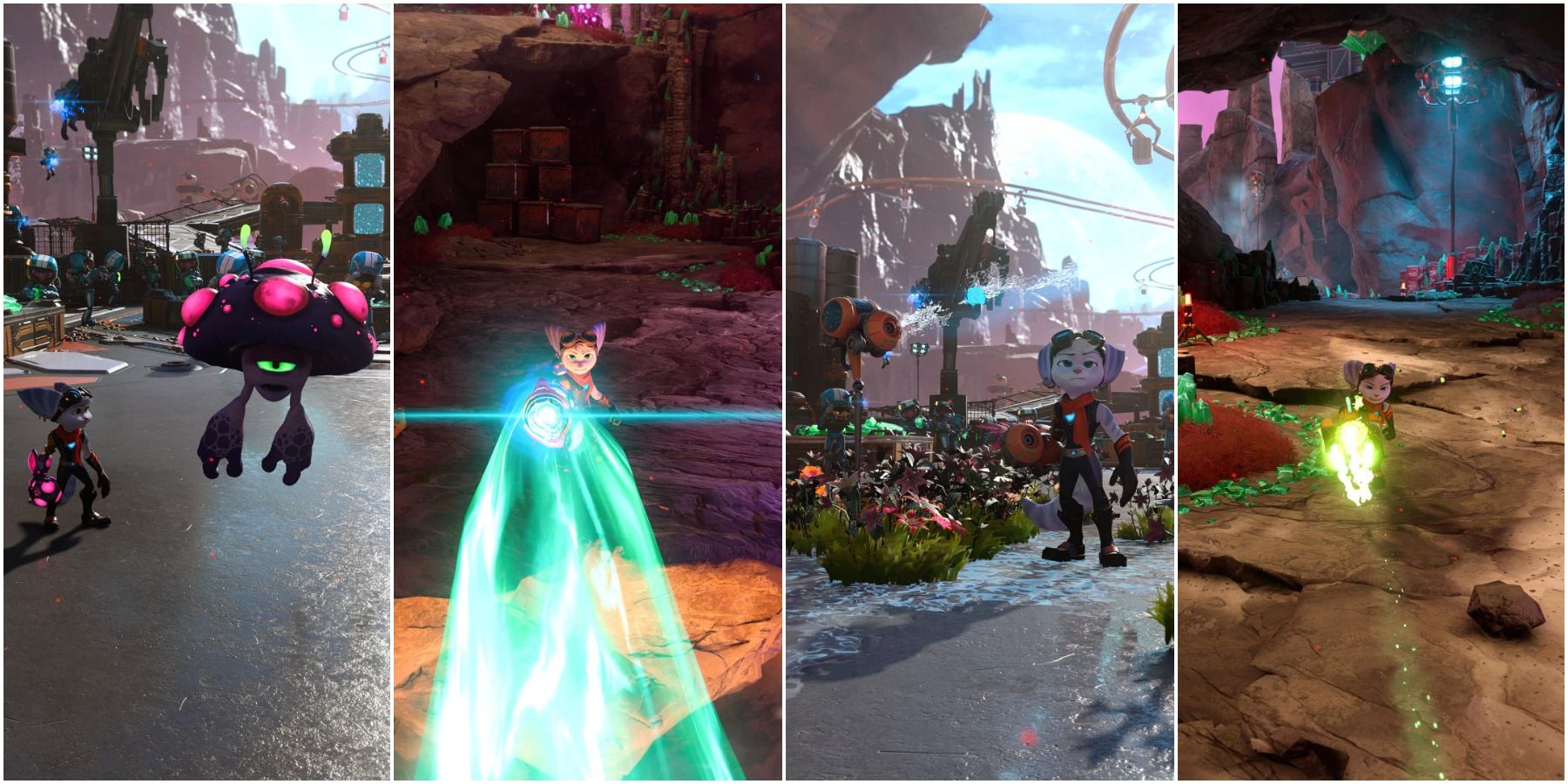 Ratchet and Clank has always been about having absurdly fun weapons for you to mess around with, making it easy to fall in love with one, potentially neglecting the rest of the incredible arsenal at your fingertips. Setting up attack combinations with multiple weapons is a crucial aspect of the game’s combat that should be experimented with any chance you get.

The fact of the matter is that every weapon works better together, which means constantly switching between various unique weapons to keep your enemies in check and trying to find new ways to combine your weapons abilities.

In Rift Apart, you can turn enemies into topiary, electrocute them, or even get in close to them and beat them down with a Wrench or Hammer. Swapping between your entire arsenal is the bread and butter of the combat system, making it comparable to Doom with how fast-paced and chaotic things can get. Once you get used to constantly staying on the move and accessing your entire arsenal, the combat opens up exponentially.

4 Do The Side Quests 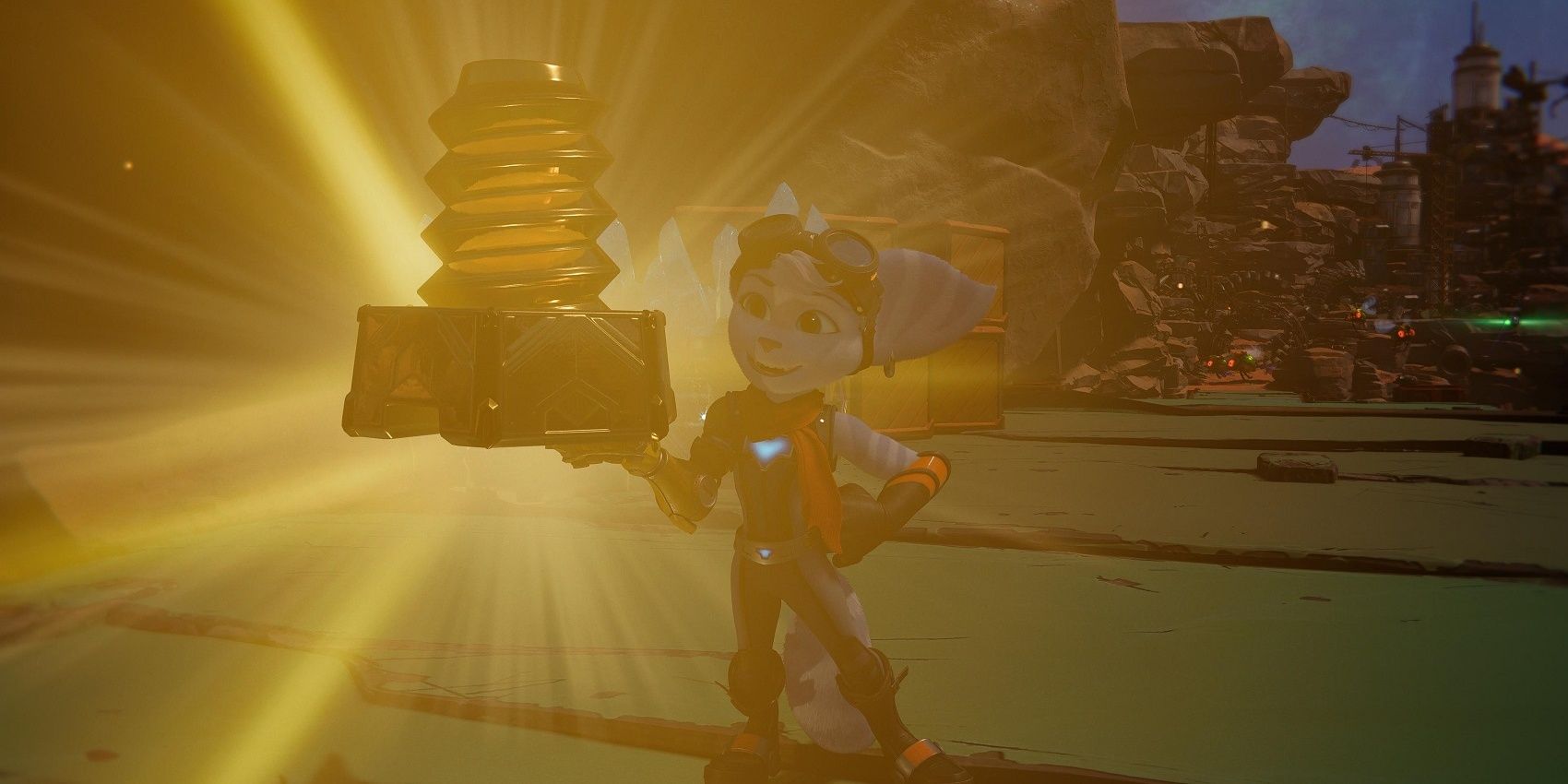 Side quests will gradually pop up as you progress through the primary missions and start exploring more of the planets. These side missions should not be slept on as they can offer incredible rewards upon completion.

Side quests can reward you with a large sum of Bolts and Raritaniumand can even payout with the more rare Collectibles like Gold Bolts, Spybots, and Armor Pieces. Therefore, every side objective should be taken up and completed, especially if you’re looking for extra experience, currency to spend, or to seek out the surprisingly tricky Platinum Trophy. 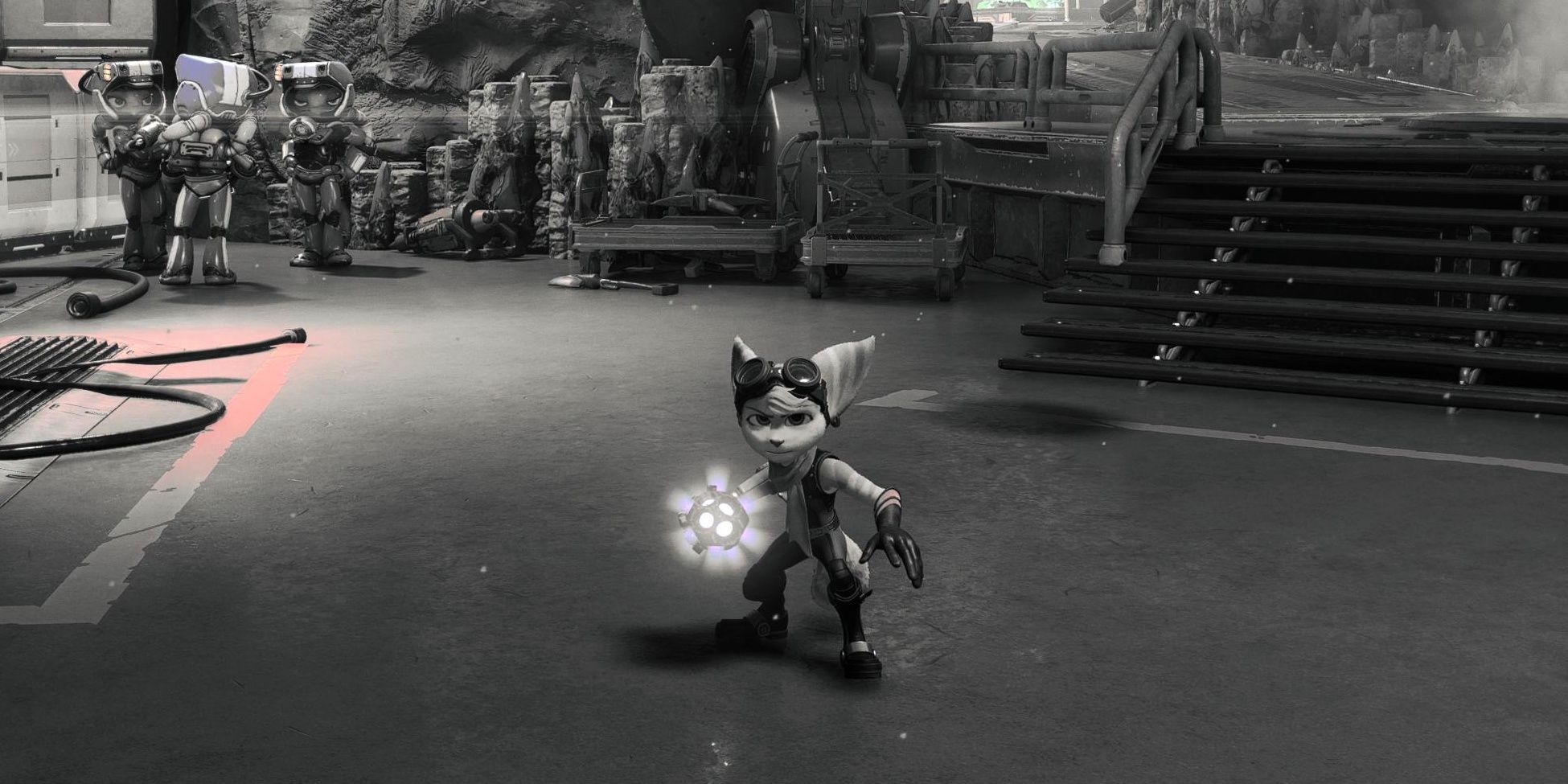 Ratchet and Clank: Rift Apart has brought cheats back as a reward for seeking out many hidden Gold Bolts in the game!

While not a crucial part of the game, Cheats are an enjoyable and nostalgic addition in Rift Apart that can get overlooked. The Cheats in Rift Apart allow you to have Unlimited Ammo, change the game’s look, change Ratchet or Rivet’s head size, and more! It’s refreshing to see this return to the series and feels right.

2 How Weapons Level Up 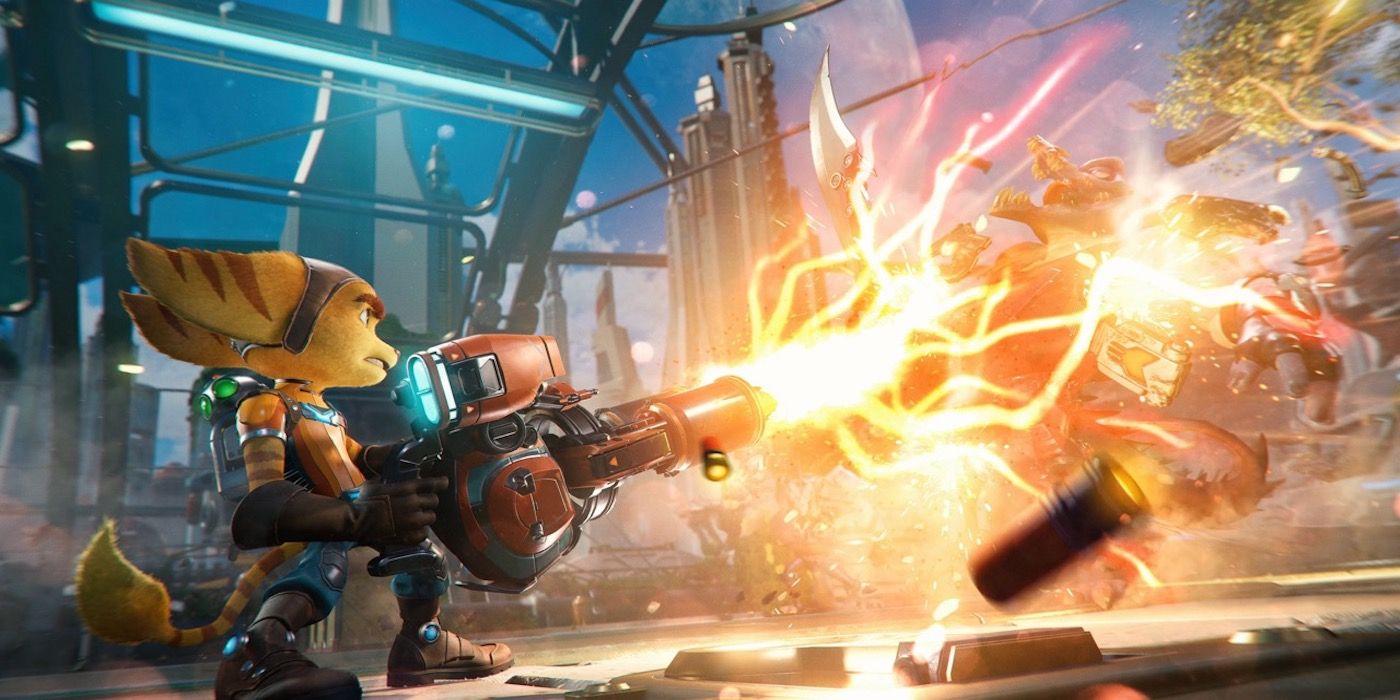 Leveling your weapons is an essential mechanic in Ratchet and Clank: Rift Apart as it allows you to upgrade further and unlock more perks for them. However, you may not have noticed exactly how you level them up.

In Rift Apart, weapons level up by simply damaging the enemy or applying its effect to them, meaning you do not have to land the killing blow on an enemy with the weapon to earn any experience with it. This is an excellent feature of Rift Apart and plays into its core combat loop of swapping between many different weapons instead of sticking to one. 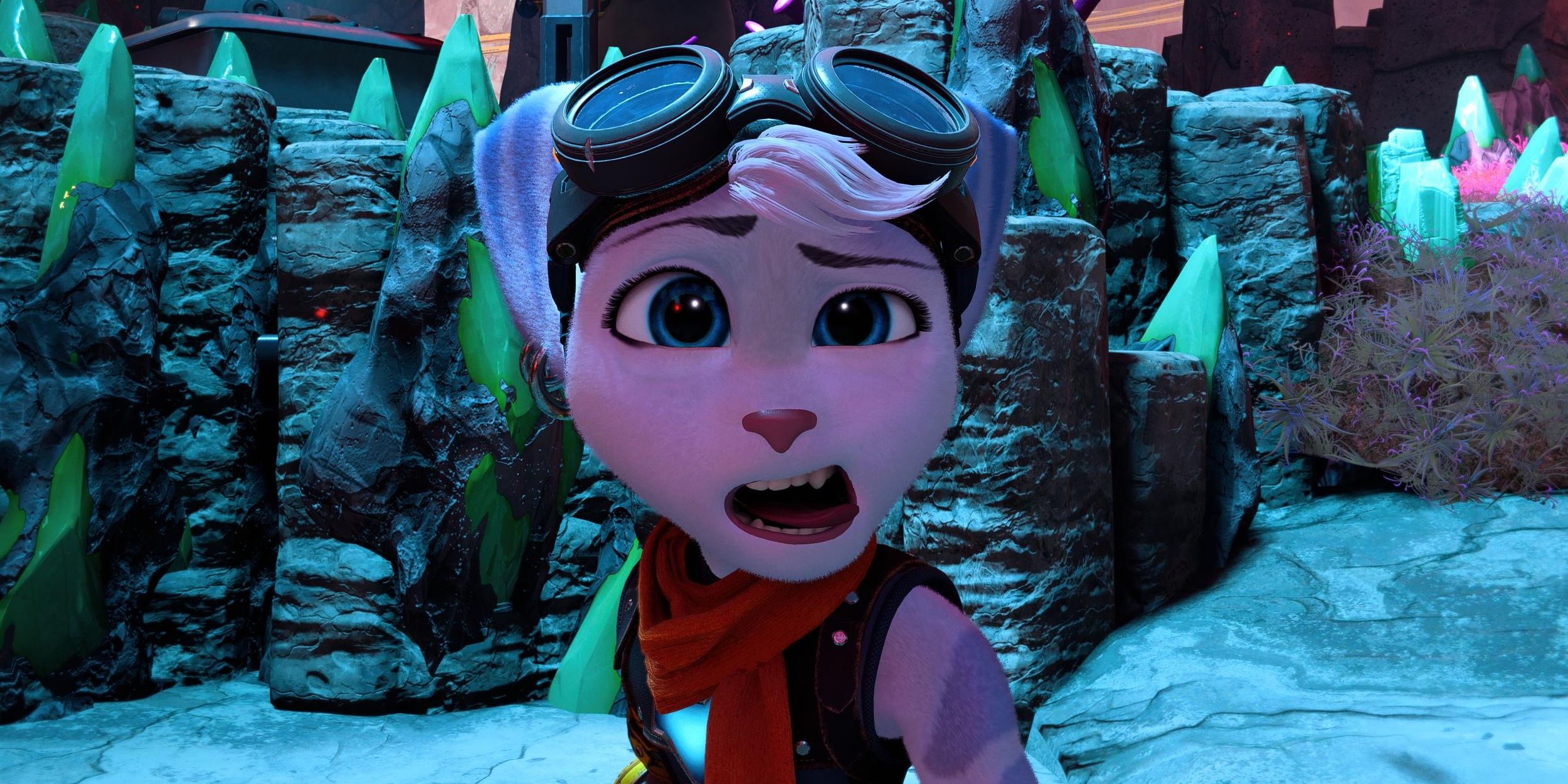 Like most games, Ratchet and Clank: Rift Apart has many Difficulty Settings to choose from when you first launch the game, which may prompt you to select the hardest one to avoid missing out on a Trophy.

Fortunately, there are no Trophies or content tied to a specific Difficulty in Rift Apart. Instead, those settings are there entirely for preference and nothing more, allowing you to play at your own pace and potentially get the Platinum Trophy without going through chaos. The Difficulty can also be adjusted from the Settings Menu, even after starting the game.