PlayStation Plus' new tier system is an exciting change for PlayStation fans. In addition to the PS4 and PS5 games available at the plan's Extra tier, the third and final Premium membership level also includes a host of legacy titles from every console across PlayStation's history.

Naturally, a collection like this wouldn't be complete without a wide variety of PlayStation 2 titles. One of the most popular consoles of all time, the PS2's library is massive, containing a huge selection of both heralded classics and lesser-known hidden gems. Here are a few of the PS2 games we hope to see included in PlayStation Plus Premium. 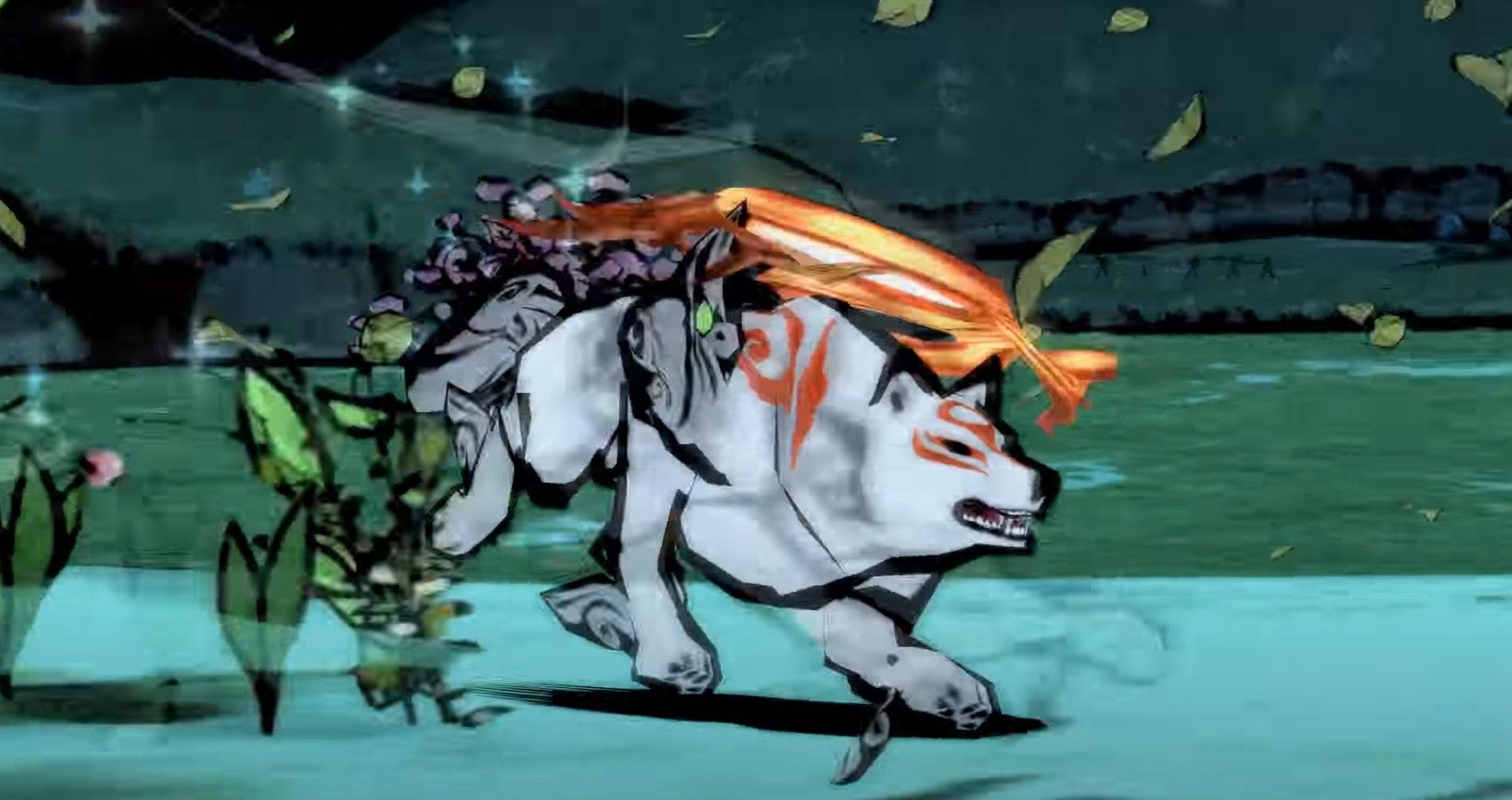 The beautiful and brilliant Okami is a game that stands the test of time. An action RPG in the vein of the 3D Legend of Zelda titles, you play as the god Amaterasu as she attempts to save Classical Japan from the ruler of demons.

The game takes you to a variety of regions and environments, with different weapons and abilities aiding the otherworldly Amaterasu on her quest. With its tight and engaging gameplay, enthralling story, and beautiful world, Okami is a true classic of its era. 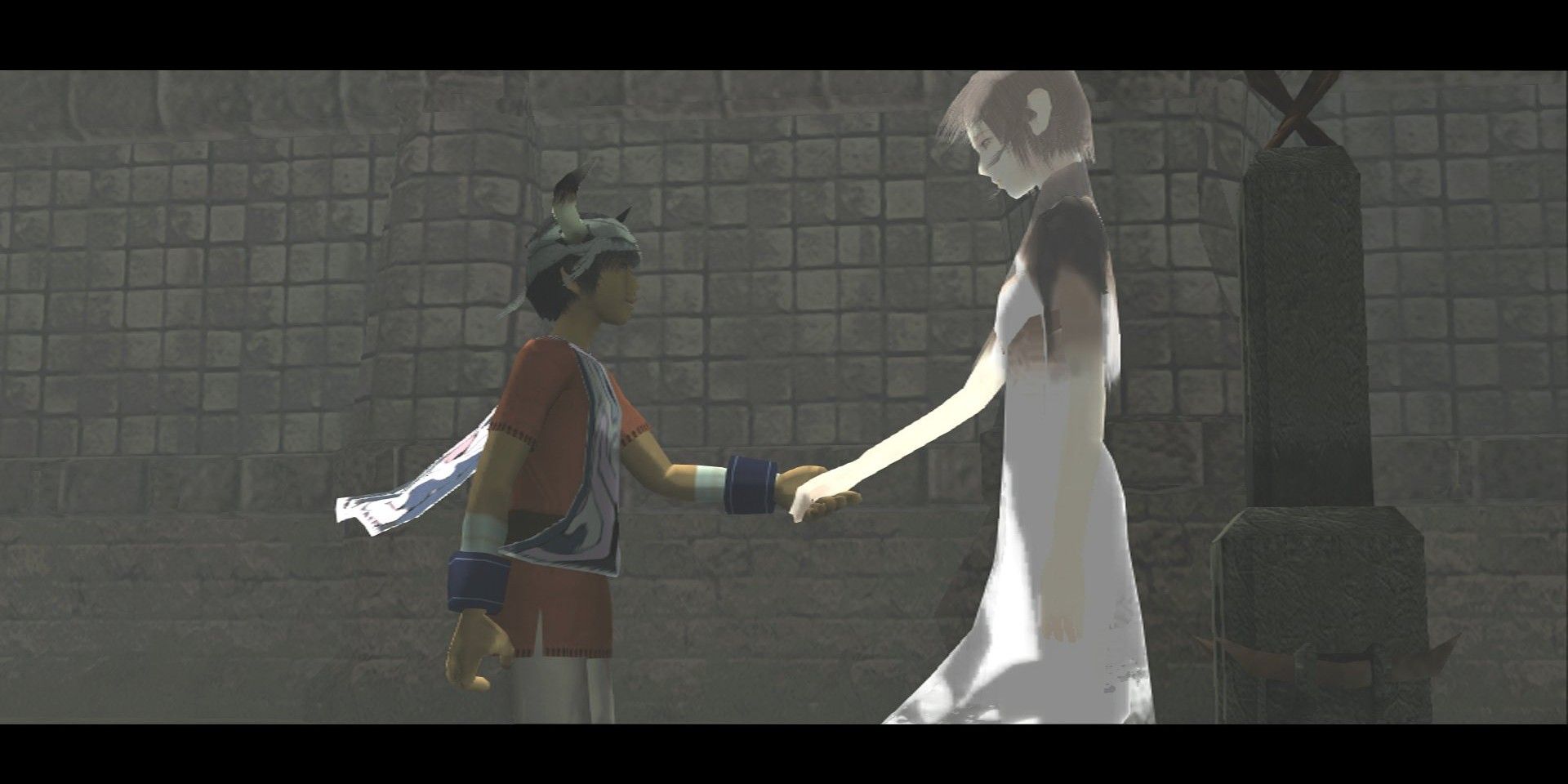 Ico is an adventure game starring the titular Ico, a young horned boy who's tasked with helping the young princess Yorda escape the treacherous confines of the castle they've both found themselves trapped inside.

One of the most unique PS2 games ever made, Ico featured minimal combat, focusing on exploration as you guide Yorda through dangerous situations. The game's unique approach to platforming, puzzle-solving, and even its minimalist storytelling style make it a worthy experience for any PlayStation fan. Its spiritual successor, Shadow of the Colossus, may have received a full PS4 remake, but Ico deserves to shine as well. 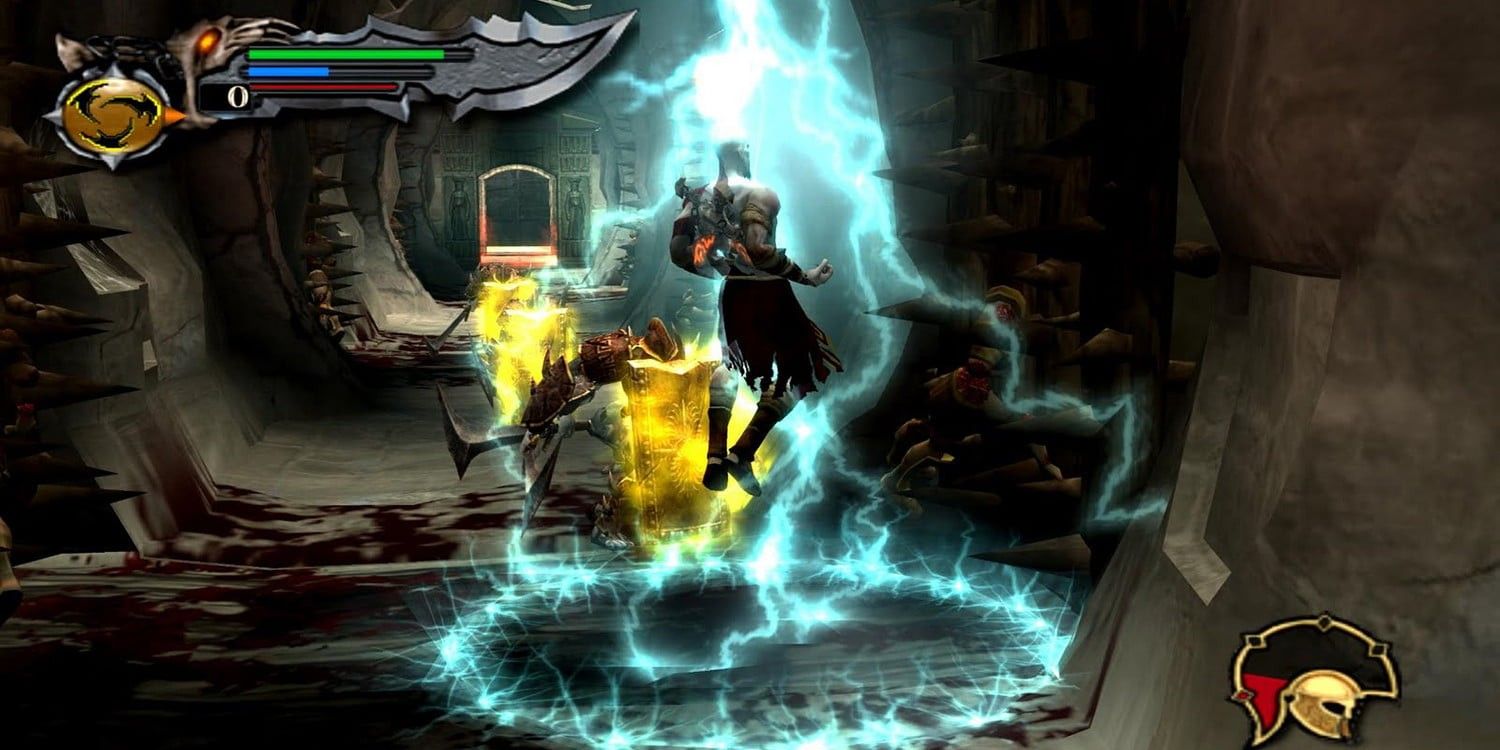 There aren't many series bigger than God of War on the PlayStation. And while Kratos may be engaging in brand-new adventures on Sony's more modern consoles, the PlayStation Plus Premium tier is an excellent excuse to revisit the place where it all started.

In the original God of War, Kratos was still a hot-headed Spartan warrior bent on killing Ares, the Greek war deity, to avenge the deaths of his wife and child. While later games may have added more polish and also changed the series' tone, PS Plus can give players the opportunity to see where it all began. 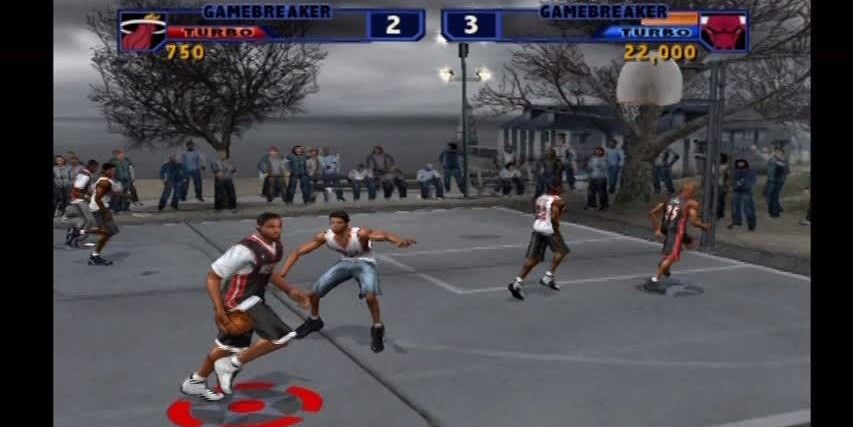 NBA Street Vol 2 is an arcade-style basketball game with an immaculate sense of style. From the opening credits to the unforgettable sensation of throwing down a massive Gamebreaker dunk on your opponents, the game oozes personality, and the tight and exhilarating gameplay will keep you playing for hours on end.

Though the original NBA Street was an amazing game in its own right, Vol 2 is an absolute must-play. 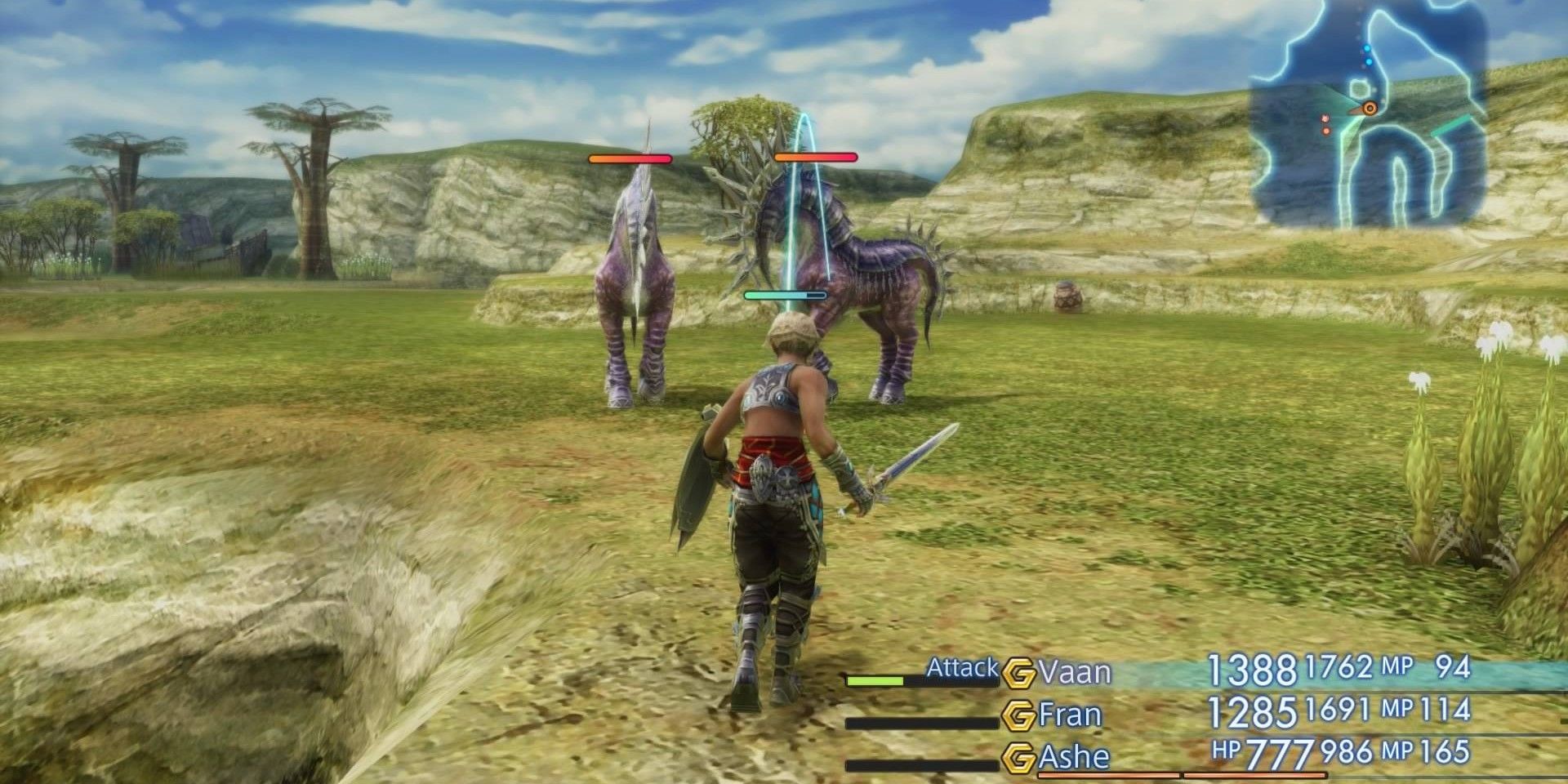 The PlayStation 2 saw no shortage of great role-playing games, and the Final Fantasy series was front and center. While Final Fantasy X was undoubtedly the flagship title, serving as many young players' introduction to RPGs, Final Fantasy XII is the one that deserves a place in this catalog.

Set in the Ivalice region, Final Fantasy XII centers around Vaan, an aspiring sky pirate, and Ashe, an escaped princess. These two travel the region, fighting against the oppressive Archadian Empire in order to prevent a full-scale war that threatens their homes. This title is one of the most unique entries in the long-running series, with an open-world format and the return of the job system in the form of 'licenses'. This is one title that should be more widely available to all RPG fans. 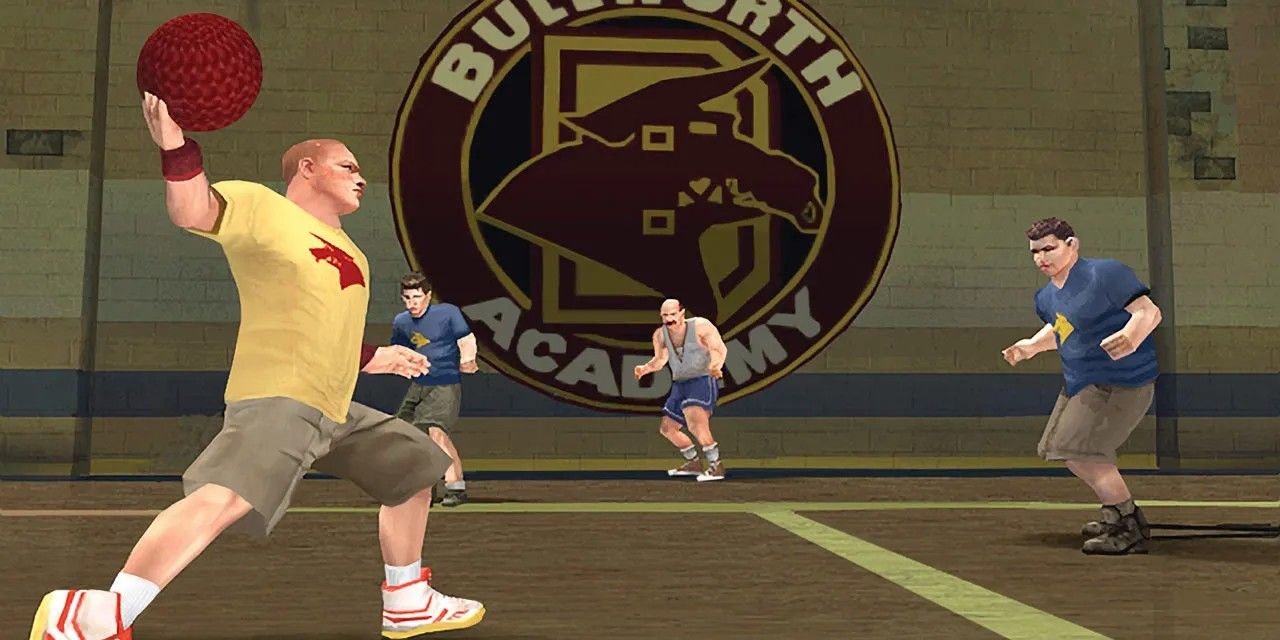 Bully is one of Rockstar's most special games. A smaller-scale title than their GTA or Red Dead series', Bully puts you into the role of Jimmy Hopkins, a troublemaking teen who has been enrolled in a private school Bullworth Academy for a year. Jimmy must attend classes, rise in the school's social ranks, and explore the town of Bullworth in order to come out of his time at the academy.

A certified cult classic, Bully's inclusion in this collection would please its sizable fan base while also potentially introducing new players to the series. 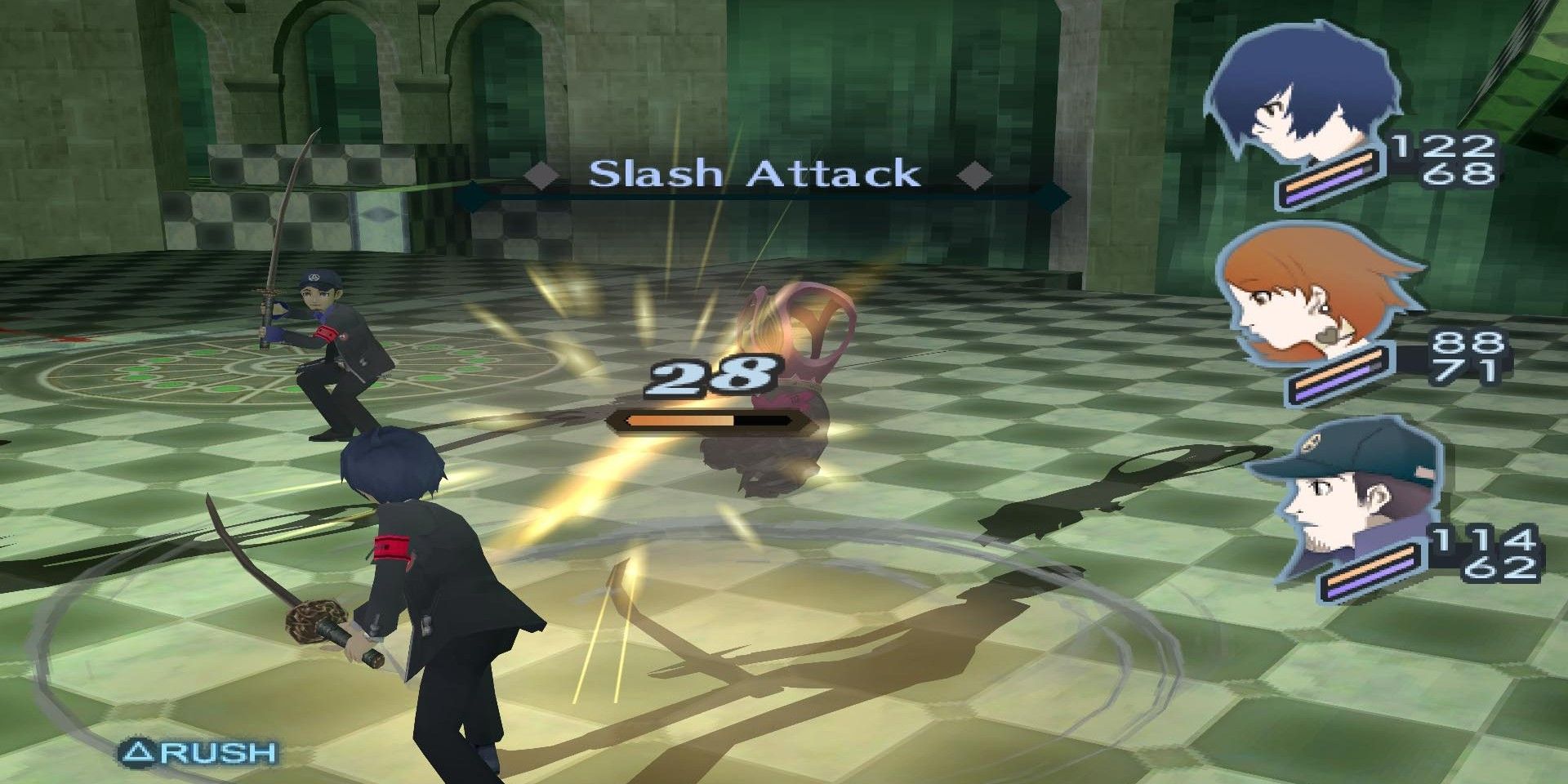 The Persona series has always been closely associated with PlayStation, dating back to the original Revelations: Persona on the first PlayStation. And while many of these titles hold a special place in the hearts of fans, Persona 3: FES is often argued as one of the best.

Considered by many to be the series' first breakout success, Persona 3 introduced many players to the style of the series, with its hip hop and jazz-inspired soundtrack and versatile gameplay. During the day, you'll attend classes and maintain relationships with friends, while you spend nights exploring the mysterious dungeon that appears when your school is at the strike of midnight each day. With FES still considered one of the most fully-featured versions of the game, this is a landmark RPG that belongs in this collection. 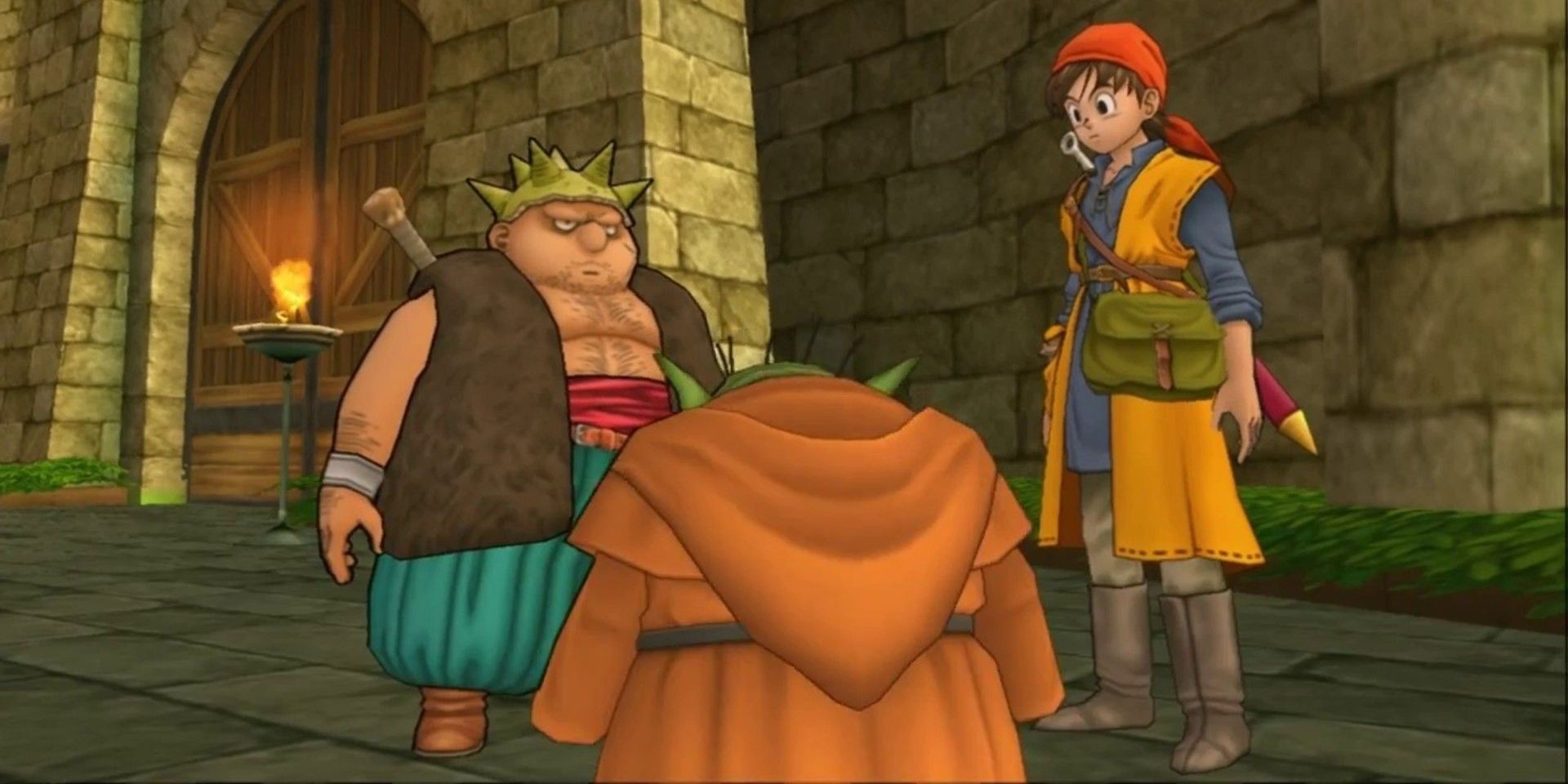 Another brilliant standout in a legendary series of RPGs, Dragon Quest VIII is the series' first full foray into 3D. Beautiful character designs and a large open world stand tall on the foundation of Dragon Quest's classic RPG formula, with this entry tasking your nameless hero with saving the kingdom of Trodain from the villainous Dhoulmagus.

Dragon Quest VIII remains one of the most timeless RPGs to this day. 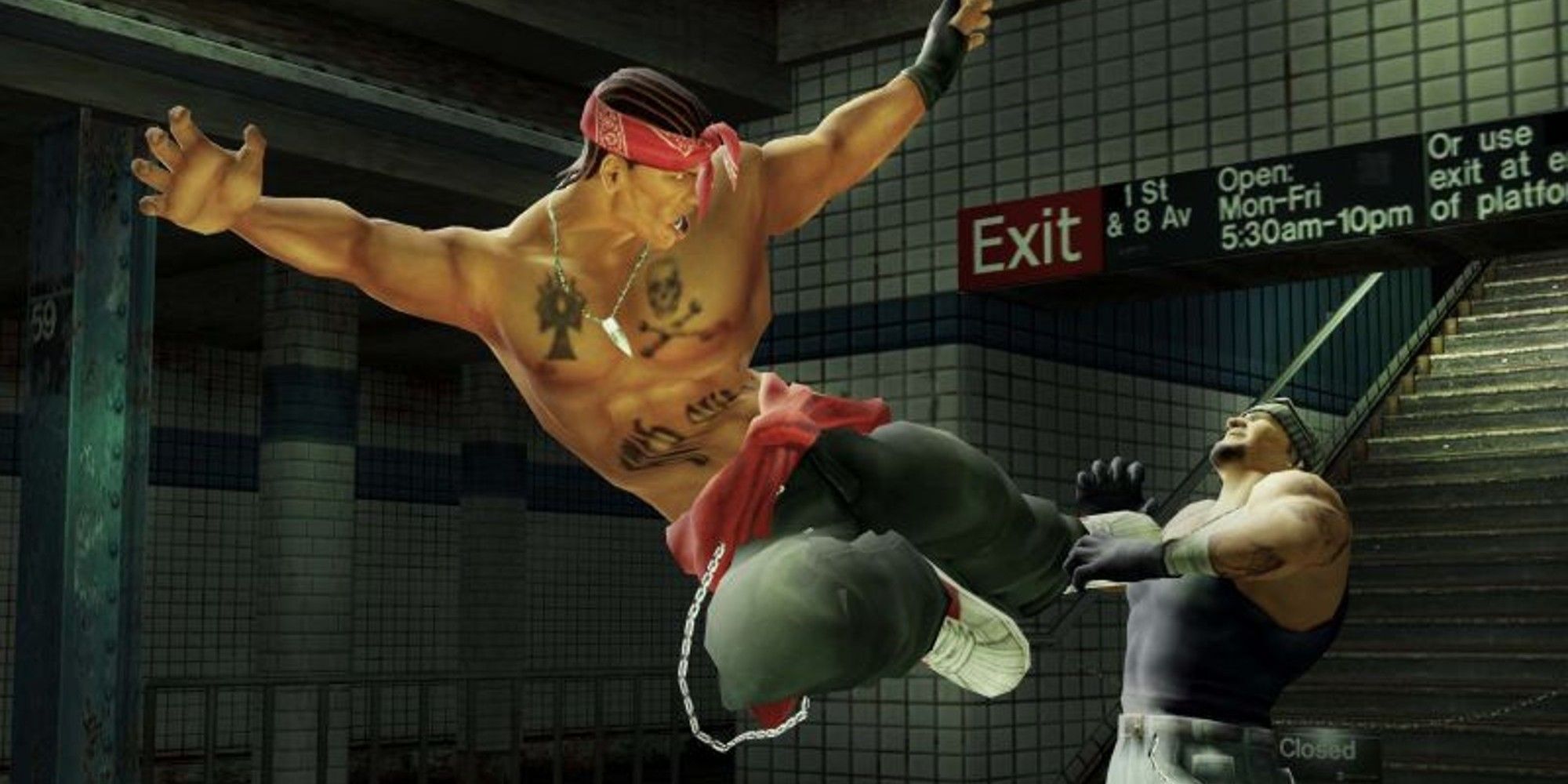 Def Jam: Fight For NY is an anomaly in the world of licensed games. Featuring a roster of some of the biggest rap artists from the 90s and 2000s, Fight For NY saw the likes of Snoop Dogg, Ludacris, Joe Budden, and more battling it out in an arena-style fighting game that was incredibly fun to play.

With a roster of 60 characters to choose from, an entertaining story mode, and tight fighting controls, this is a unique game that deserves to be more accessible. No wonder even rappers featured in the game are begging for a reboot. 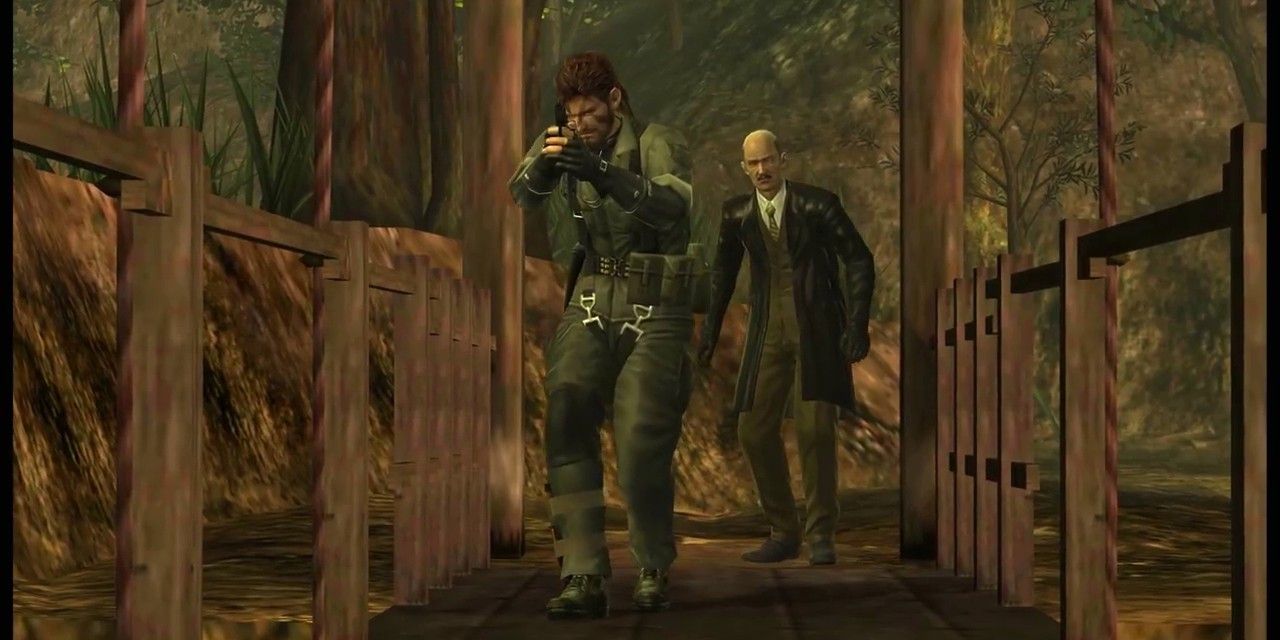 For most of its existence, the Metal Gear Solid series was closely associated with PlayStation. Solid Snake, the series' main protagonist, was even considered by many to be one of the PlayStation's main 'mascots'. The excellent stealth-action titles would find a home on early Sony consoles, but Metal Gear Solid 3: Snake Eater is arguably the most beloved of the bunch.

Set before the events of the original Metal Gear titles, Snake Eater follows the exploits of Naked Snake in the 1960s as he journeys across the Soviet jungle, attempting to rescue a Russian war criminal without causing an international incident. This is one of the most well-crafted, cinematic, and engaging PS2 titles ever, and it's a must-play for almost any video games fan. 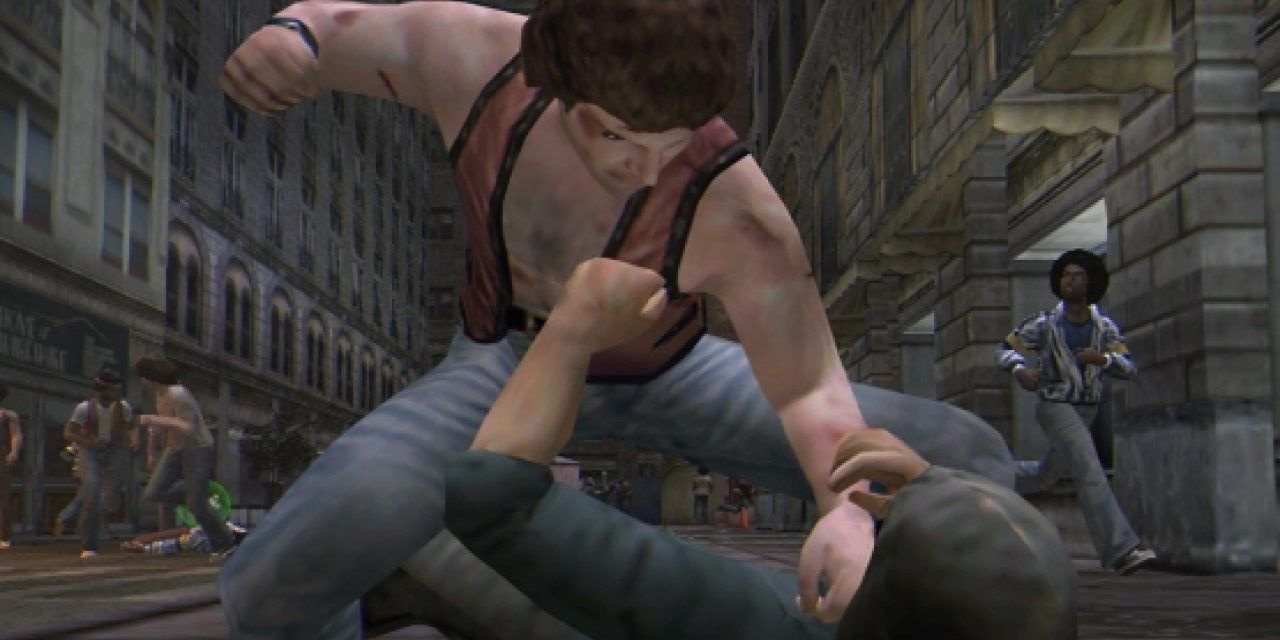 The Warriors is another licensed game based on an existing property that turned out way better than it needed to. Developed by Rockstar, the ambitious beat-em-up covers both the events of the film and previously unseen situations that The Warriors encountered months prior.

With a variety of the film's cast returning to provide their characters' voices for the game, the title was polished and fun throughout, worth playing for both fans of the movie and newcomers alike. 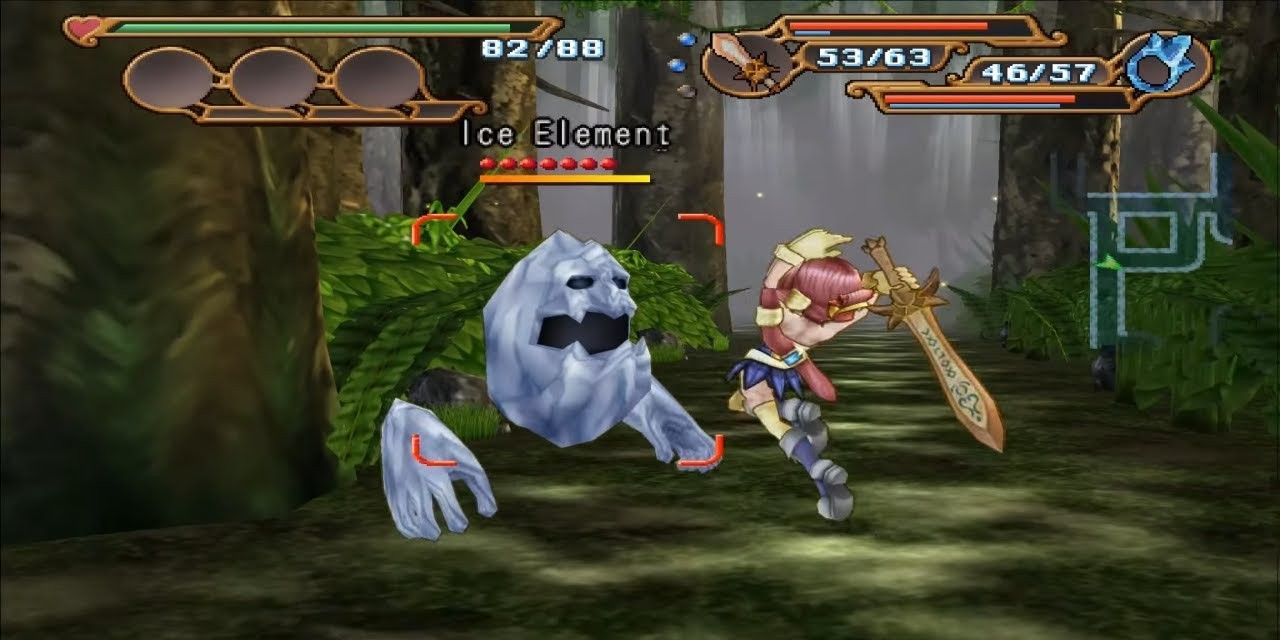 Few games have amassed such an adoring fan base as Dark Cloud 2. Known in Japan as Dark Chronicle, the action RPG combines a unique weapon-centric leveling system, a myriad of lovable characters, and extremely captivating mechanics including world-building, fishing, and even inventing, to create a game that truly stands apart.

Since the game never received its much-requested sequel, showing Dark Cloud 2 a bit of love in the new PlayStation Plus library could go a very long way.