Video games have come a long way since the early arcade days. Battle armies, explore unimaginable landscapes, and delve into worlds of characters that are becoming more immersive than ever.

However, a game that lets you traverse the open seas from the deck of your ship is a marvel in and of itself. Whether you're playing as a fearsome pirate or merely trying to survive a sea storm through the skin of your teeth, there are plenty of games that allow you to sail your ship while experiencing a one-of-a-kind adventure.

Updated September 20, 2022 by Jacqueline Zalace: New ship-sailing games are coming out all of the time! We've updated this guide with some recent additions in a variety of genres, which means that you are bound to find something that you like. 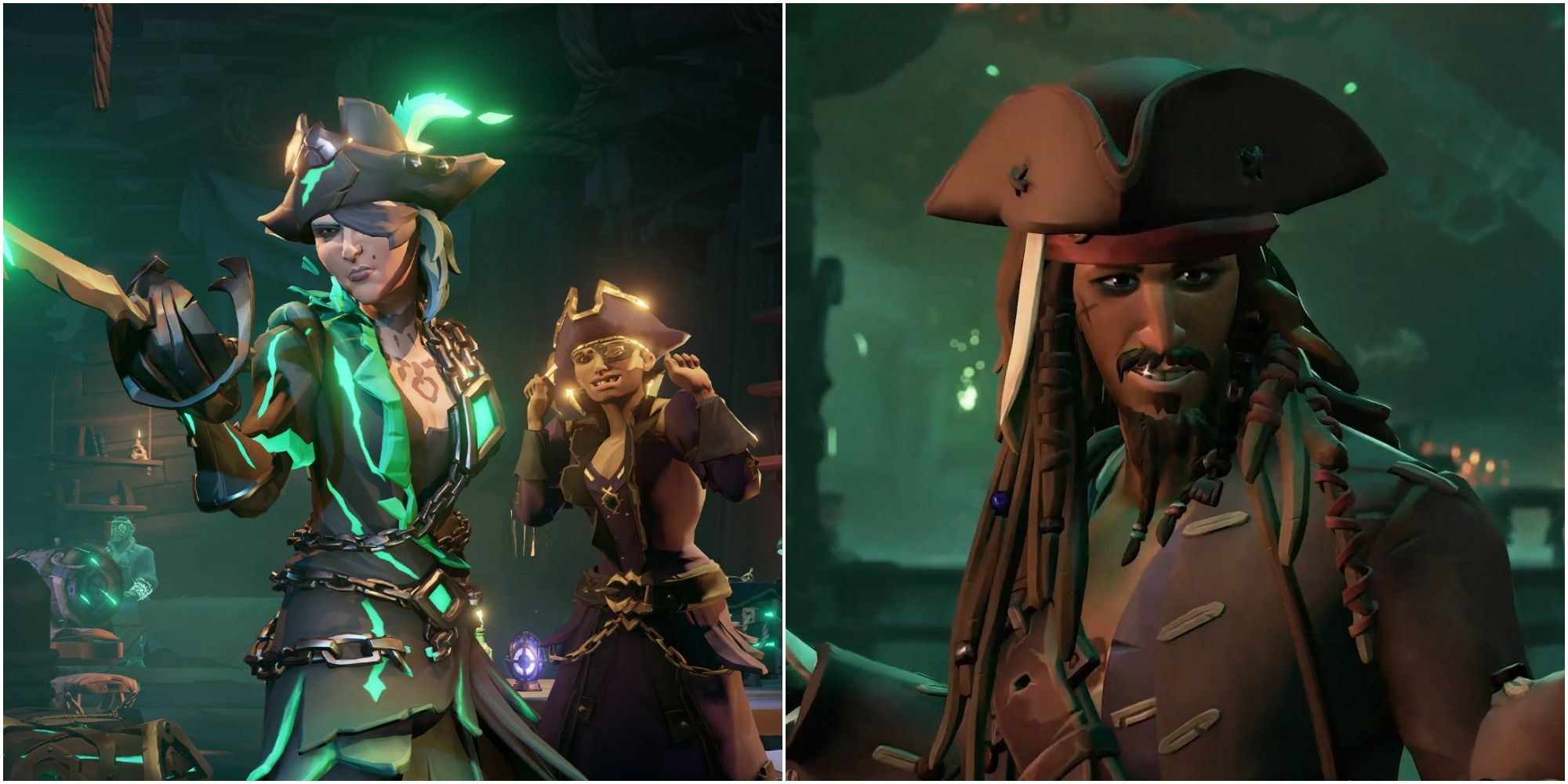 Sea of Thieves offers you the ideal opportunity to be a pirate and live a pirate's life in this open-world, multiplayer, action-adventure game. You can sail the open seas with your crew and engage in naval combat with hostile ships manned by fellow players. Get the best weapons and conquer the notoriously difficult Skeleton Forts to win a Stronghold Key for some spectacular treasure.

The Tall Tales expansion pack and an unforgettable Pirates of the Caribbean crossover make this game stand out even more than it already does – and of course, collecting as much booty as you can is par for the course when you're a pirate. 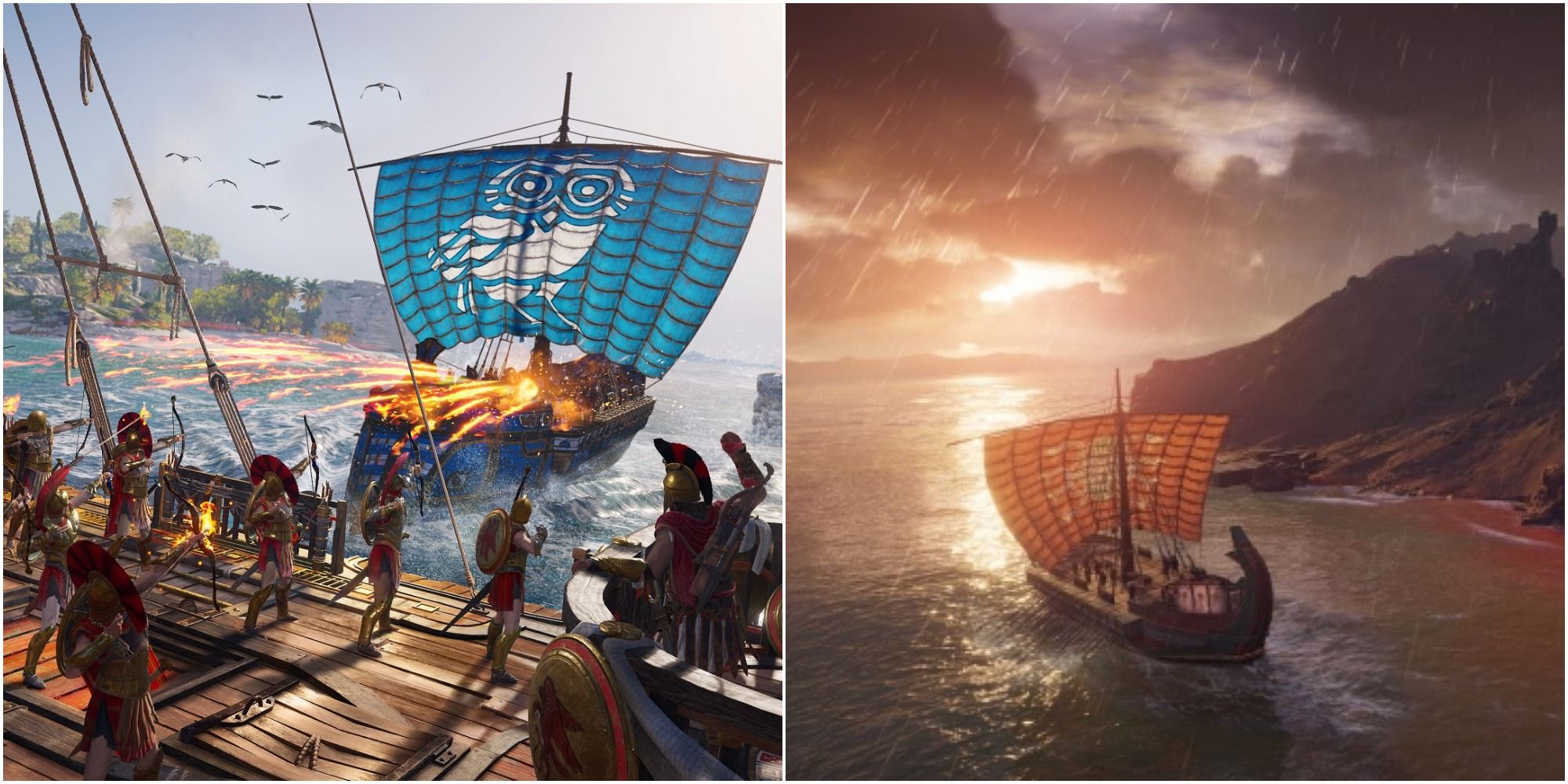 With hundreds of islands to explore in the Greek isles and enemy ships to defeat, the game lets you sail the beautiful, turquoise waters of Naxos, as well as participate in thrilling naval battles. The only thing it's missing is famous sea monsters to really amplify the experience. 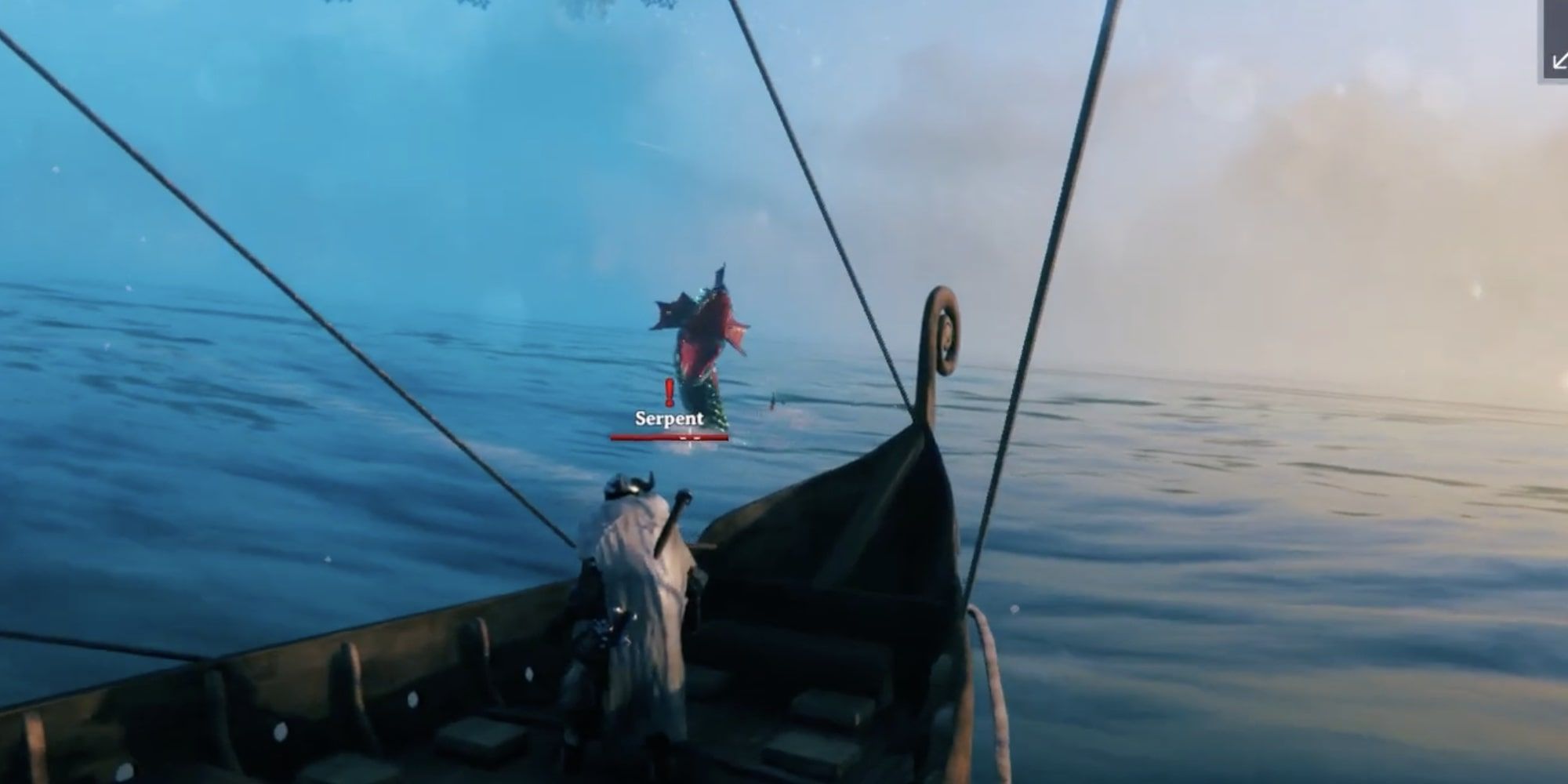 Inspired by Norse mythology, Iron Gate Studio's Valheim is a top-notch, challenging survival game where you play as a Viking who's recently died in battle. The objective of the game is for you to prove that you're deserving of entering Valhalla as a glorious, battle-hardened warrior.

Build a house and your very own ship, and travel to other biomes to defeat its resident monsters. Navigate the waters of the ocean biome on your Viking longboat and slay fearsome sea serpents as you demonstrate your battle prowess to Odin. You're in for a memorable afterlife as you sail the monster-ridden waters of Valheim. 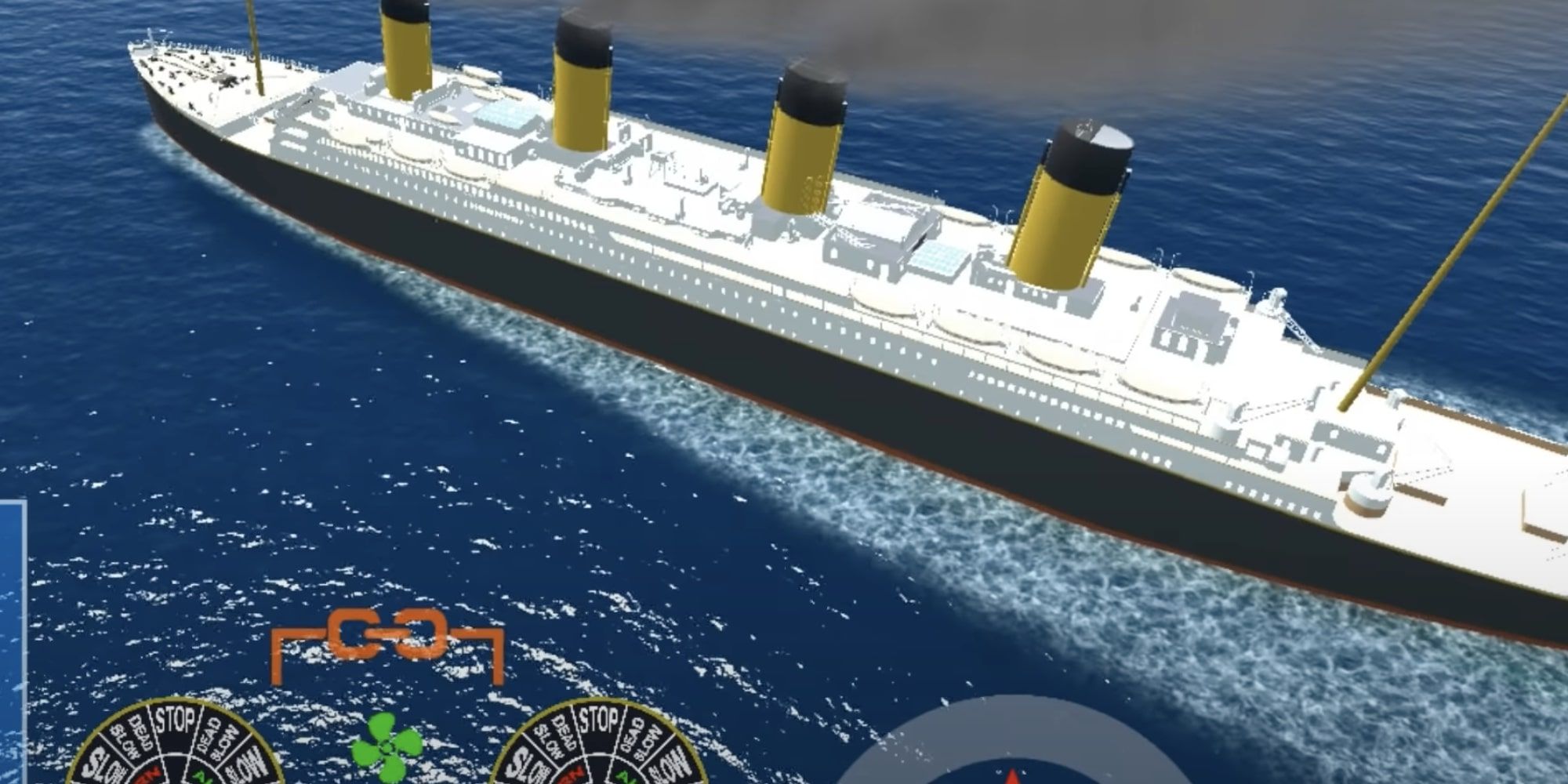 This 2021 iteration of sailing simulator games gives you the ability to steer a variety of ships around the open ocean, as well as how to dock it properly. From Titanic-sized cruise liners to your private one-man yacht, keeping your vessel seaworthy and floating is a real challenge in this game.

With obstacles like icebergs or tempestuous weather, you also have to contend with not trying to smash into other ships. Ship Handling Simulator is definitely as tough and tricky as other simulator games out there. 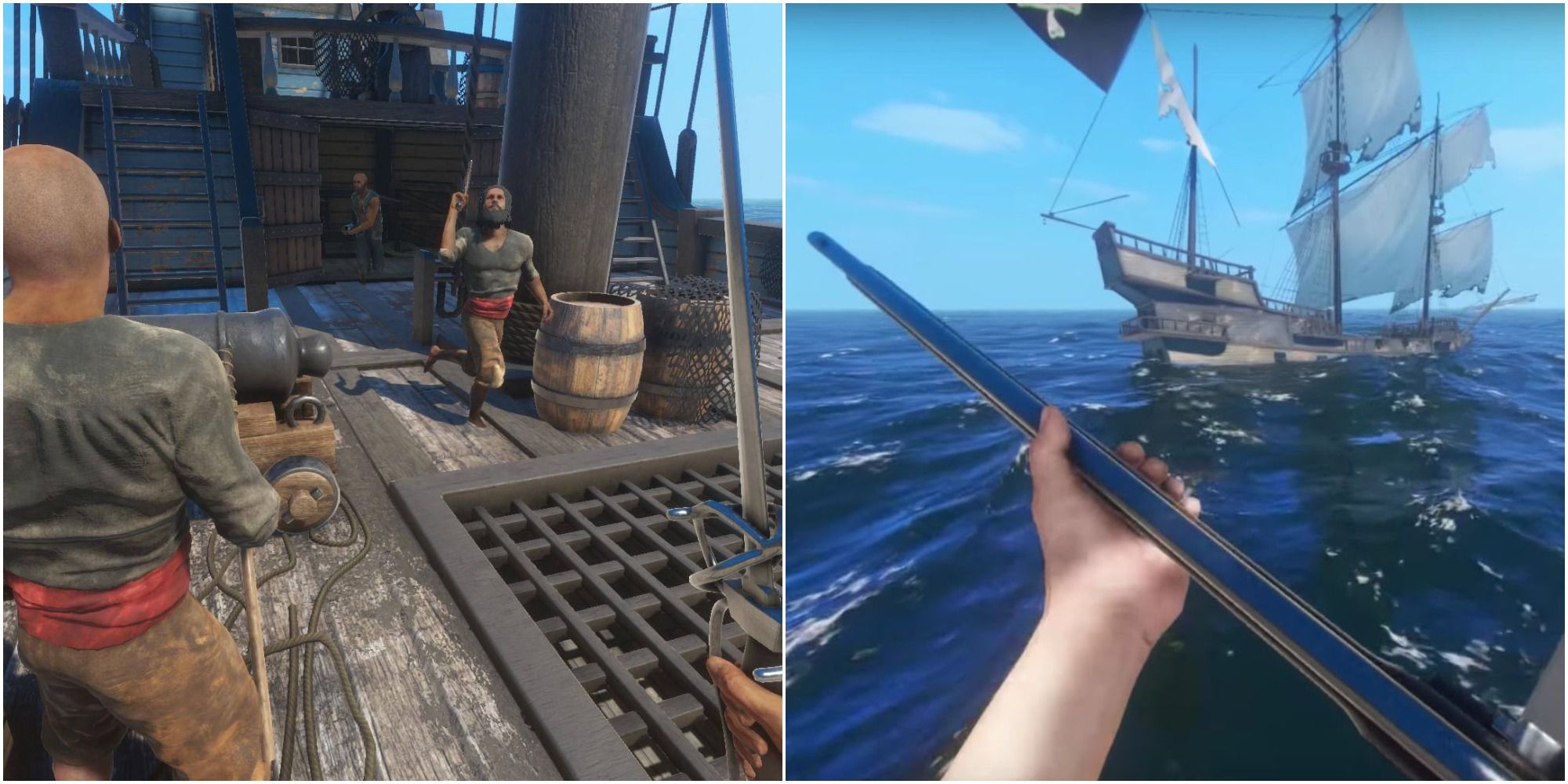 Experience the rough and tumble life of a pirate in Mastfire's Blackwake, a first-person multiplayer game focused on bombastic ship battles and just being the most intimidating pirate imaginable. Scour the open seas on your pirate ship for enemy vessels to attack and loot from.

Natural disasters and rainstorms are a given for the seafaring pirate, along with ship maintenance. Establishing dominance over the seas with your trusty pirate crew as you voyage past volcanic islands and brave Mother Nature. 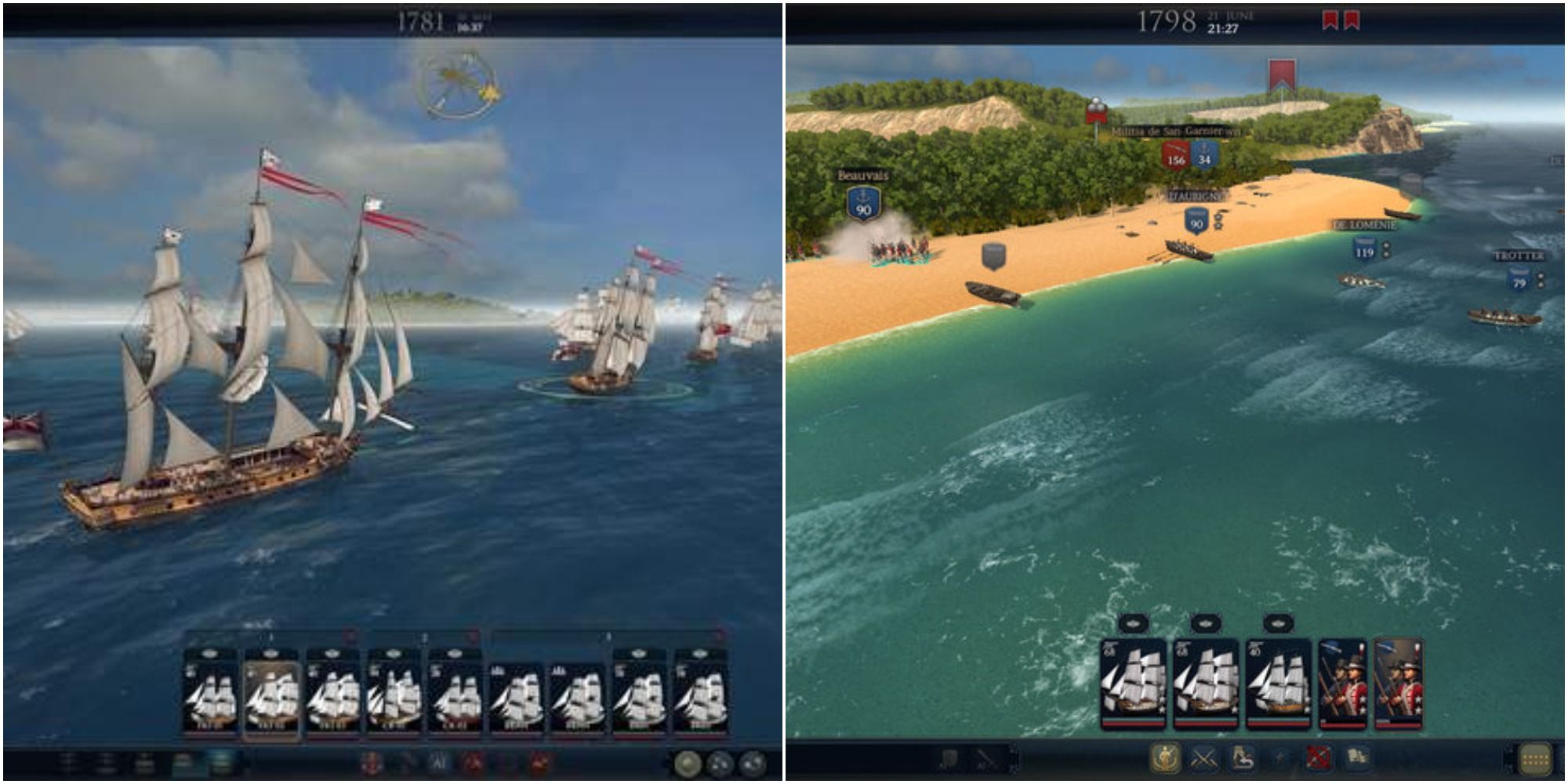 One of the most realistic sailing games ever launched, Ultimate Admiral: Age of Sail allows you to place yourself in the shoes of famous naval commanders like Lord Nelson. With the ability to choose between either the British or American campaigns, you'll get to participate in historic battles and win wars.

The game developers really did a marvelous job trying to make it as lifelike as possible, adding in factors such as varying wind plans for every ship. They even accounted for the course of the wind and how it might affect the amount of damage your attacks will deliver. Historically accurate and detailed ships also boost the realistic factor the developers are aiming for. 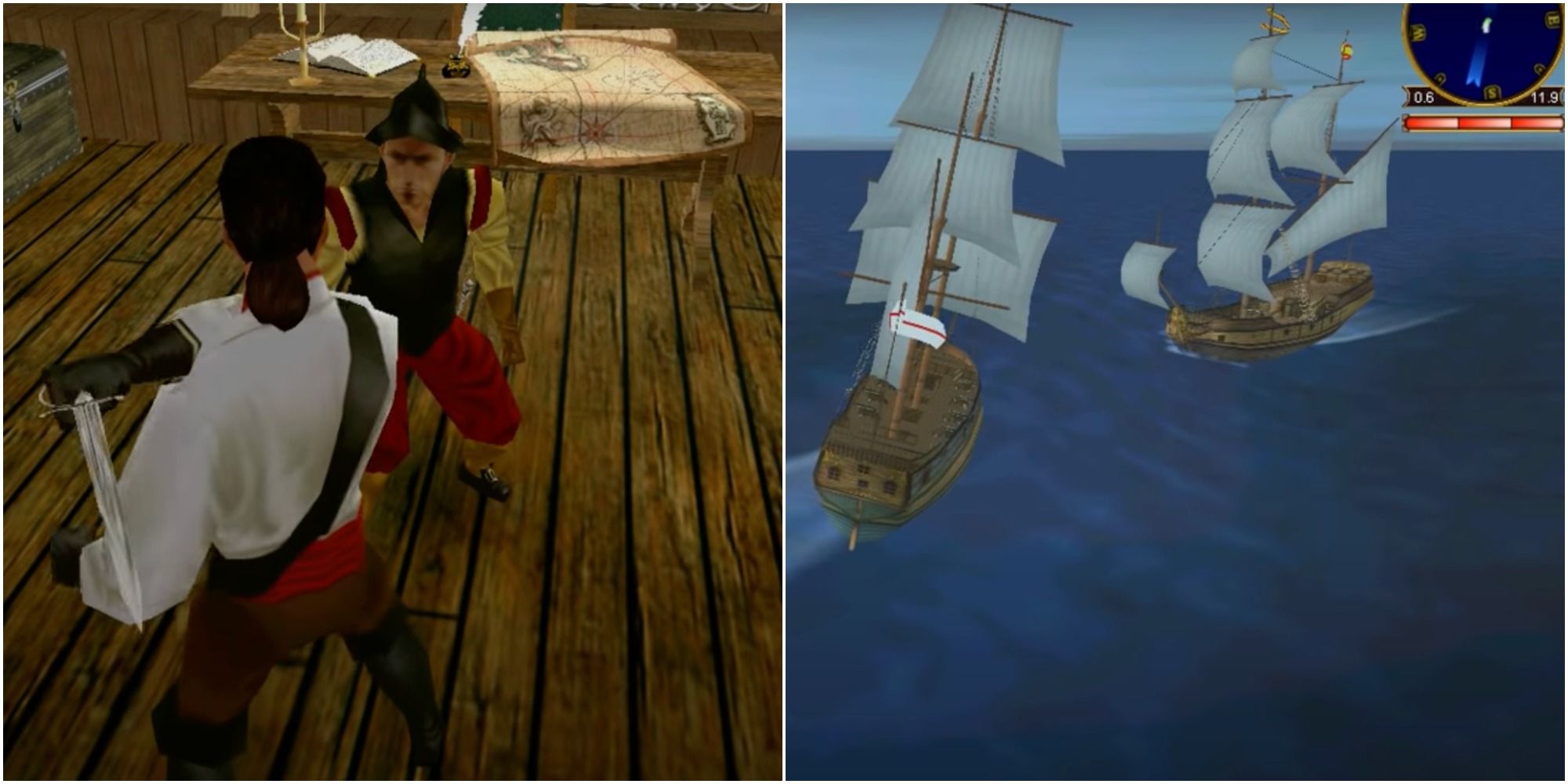 This Russian-made single-player action-adventure RPG sees you play as Nicolas Sharp, whose father was lost at sea since he was a child. Nicolas develops a passion for the sea and the life of a seafarer and sets out to sea as soon as he's old enough.

Throughout your voyage as Nicolas, you'll be presented with the choice of working for three major nations (France; England; Spain) or you can choose to go rogue and become a pirate. With tons of different ship models and naval combat tactics to explore, Nicolas's tale and quest to find his father makes for a seaworthy adventure. 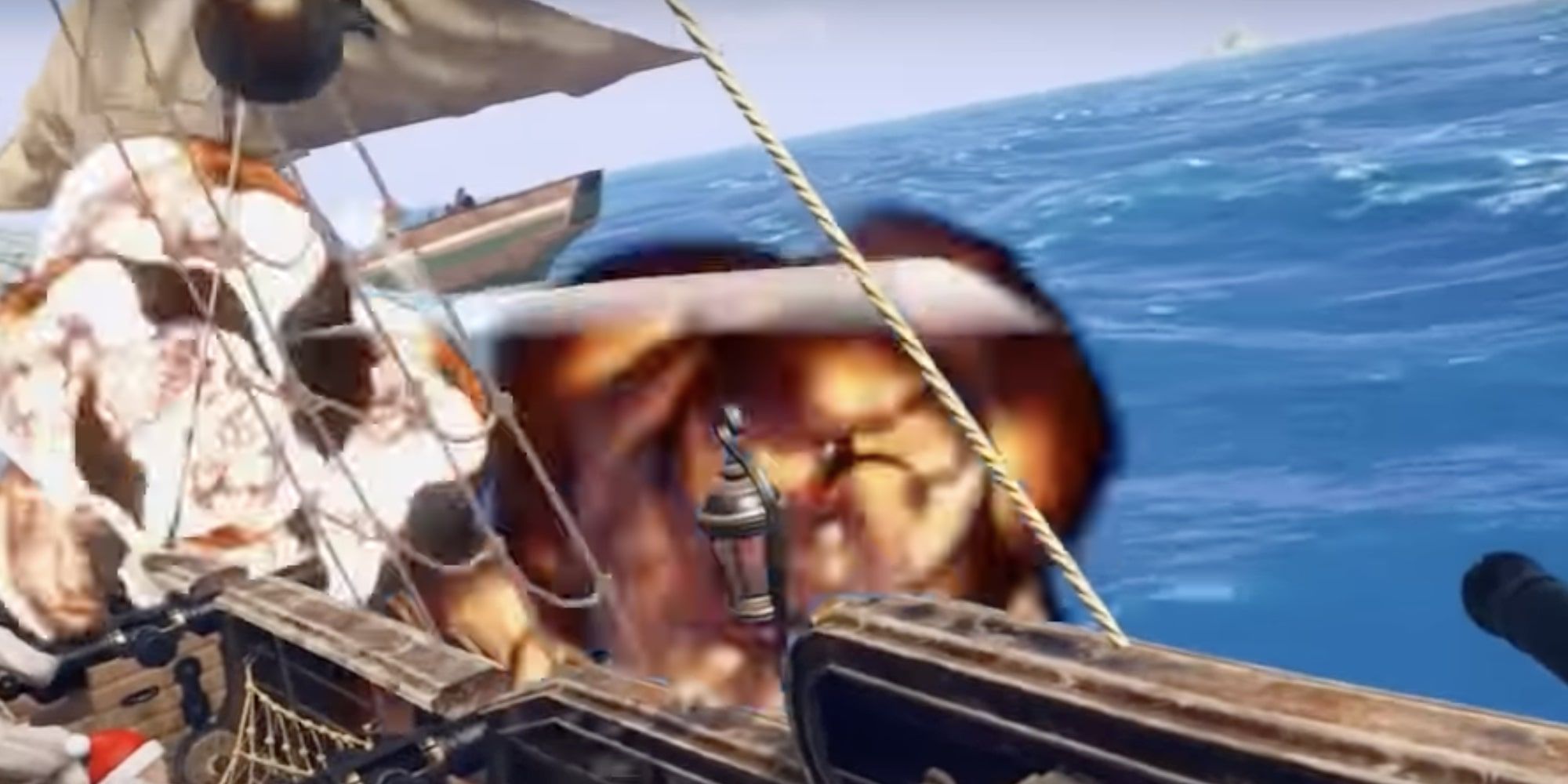 Future Immersive's Furious Seas is an action-packed, first-person VR game where you can make a name for yourself as a pirate with as notorious a reputation as Blackbeard himself. Fire your cannons at enemy pirates or seek out adventures and explore nearby islands.

The game's Survival Mode puts you in a survival-of-the-fittest race in order to come out on top as the undefeated King of the Seas. Keeping your ship in tip-top shape and upgrading it is essential to remaining ahead of your enemies. 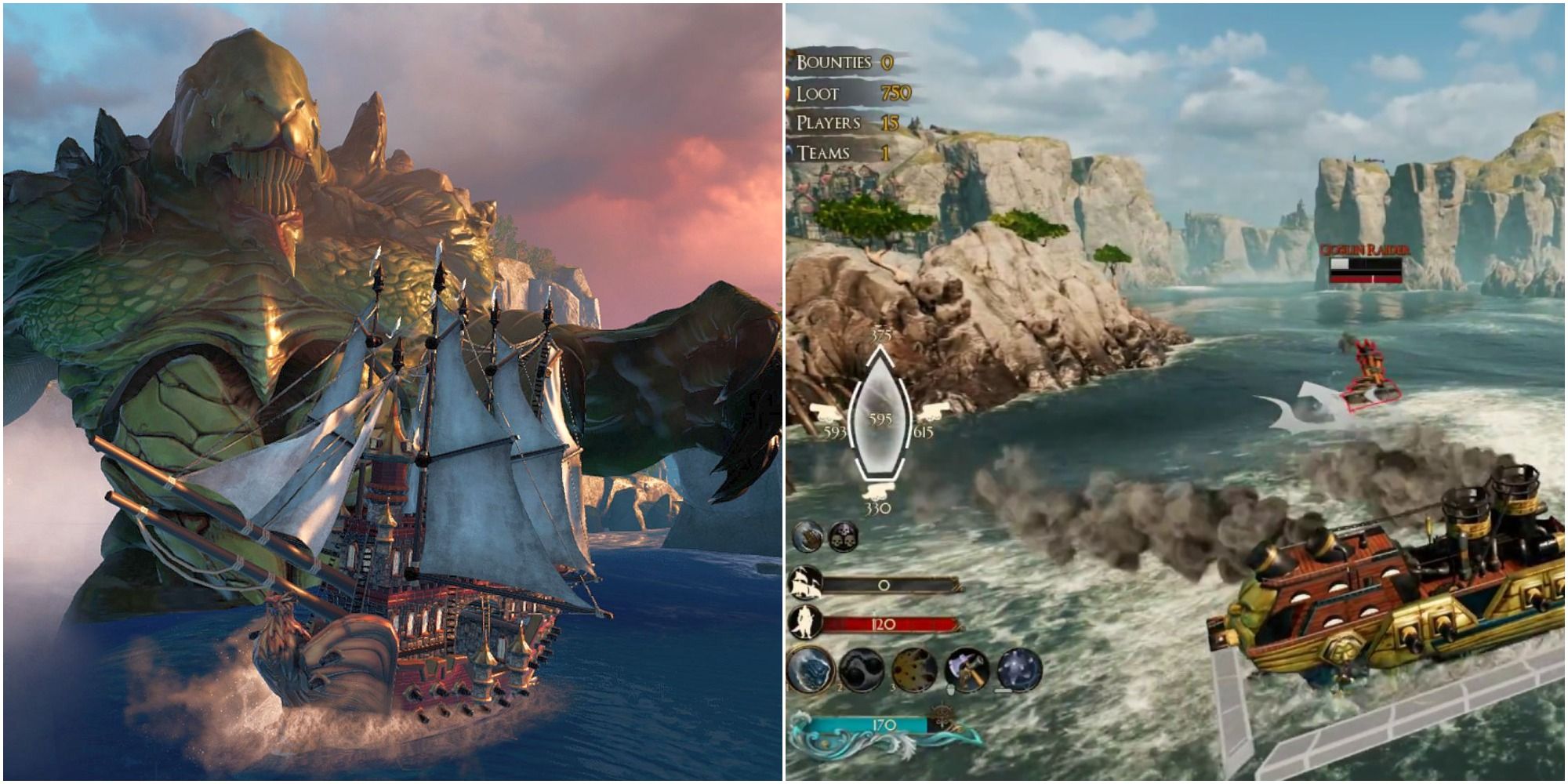 Set in a fantastical world riddled with sea monsters and other beasts, Maelstrom allows you to choose from a range of fictitious races, where you can captain your ship as a Dwarf or an Orc. A largely multiplayer game, sail your ship around the Abyssal Ocean, a vast place teeming with gigantic creatures that keep you on your toes.

Any manner of beast can pop out at any time, so looting chests of gold from other ships or unexplored islands is the best way to quickly ramp up your ship's defenses. What's even better is that this game is free to play on Steam. 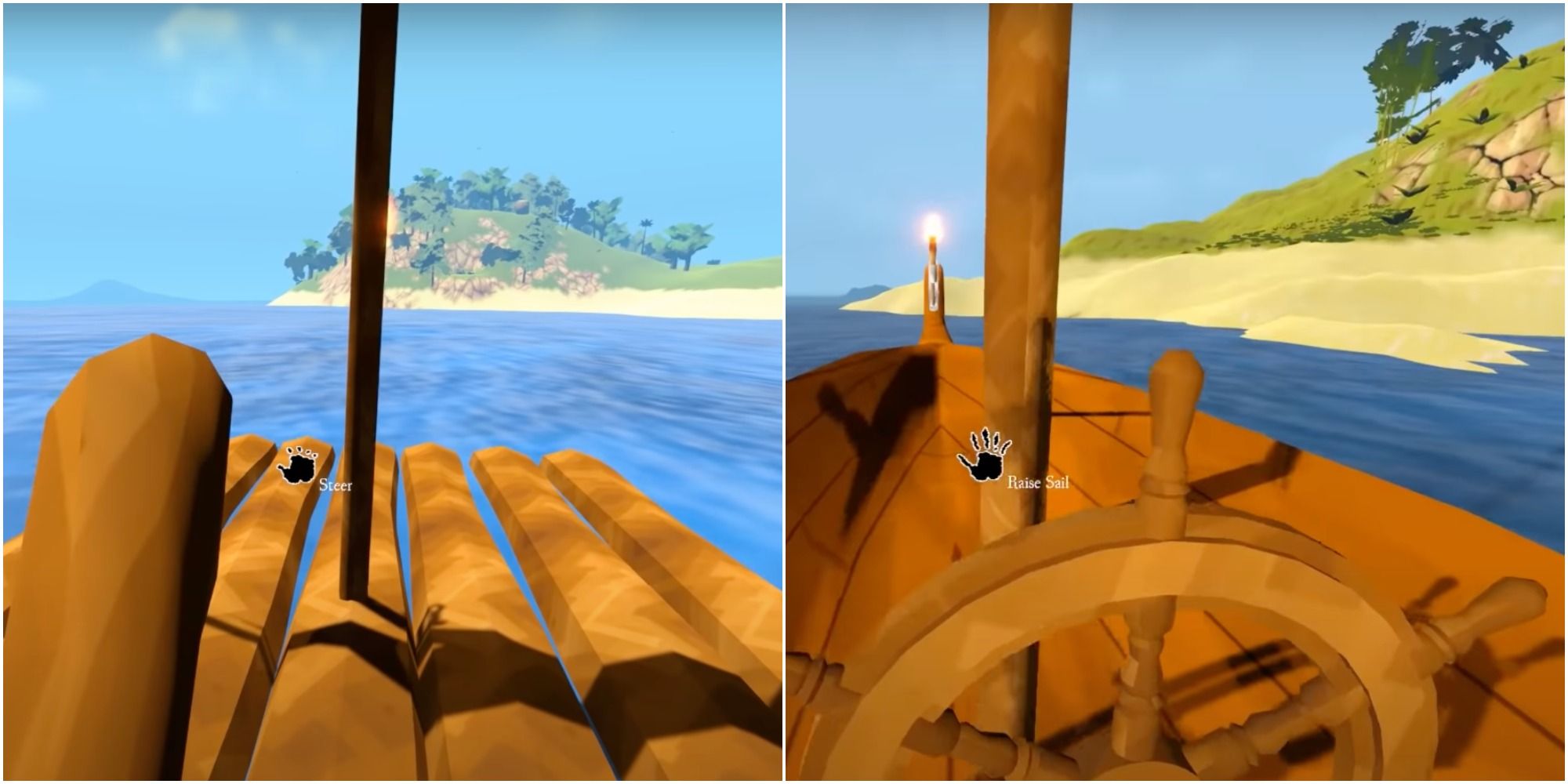 This game takes peaceful serenity to another level. Taking your boat out to cruise on the sun-dappled, shimmering seas as you seek uncharted shores is one of the best features in the game.

Although not as action-packed as the games in the previous entries, Salt stands out on its own as an open-world survival game that blends tranquillity and the beauty of nature with the hard life of an islander. 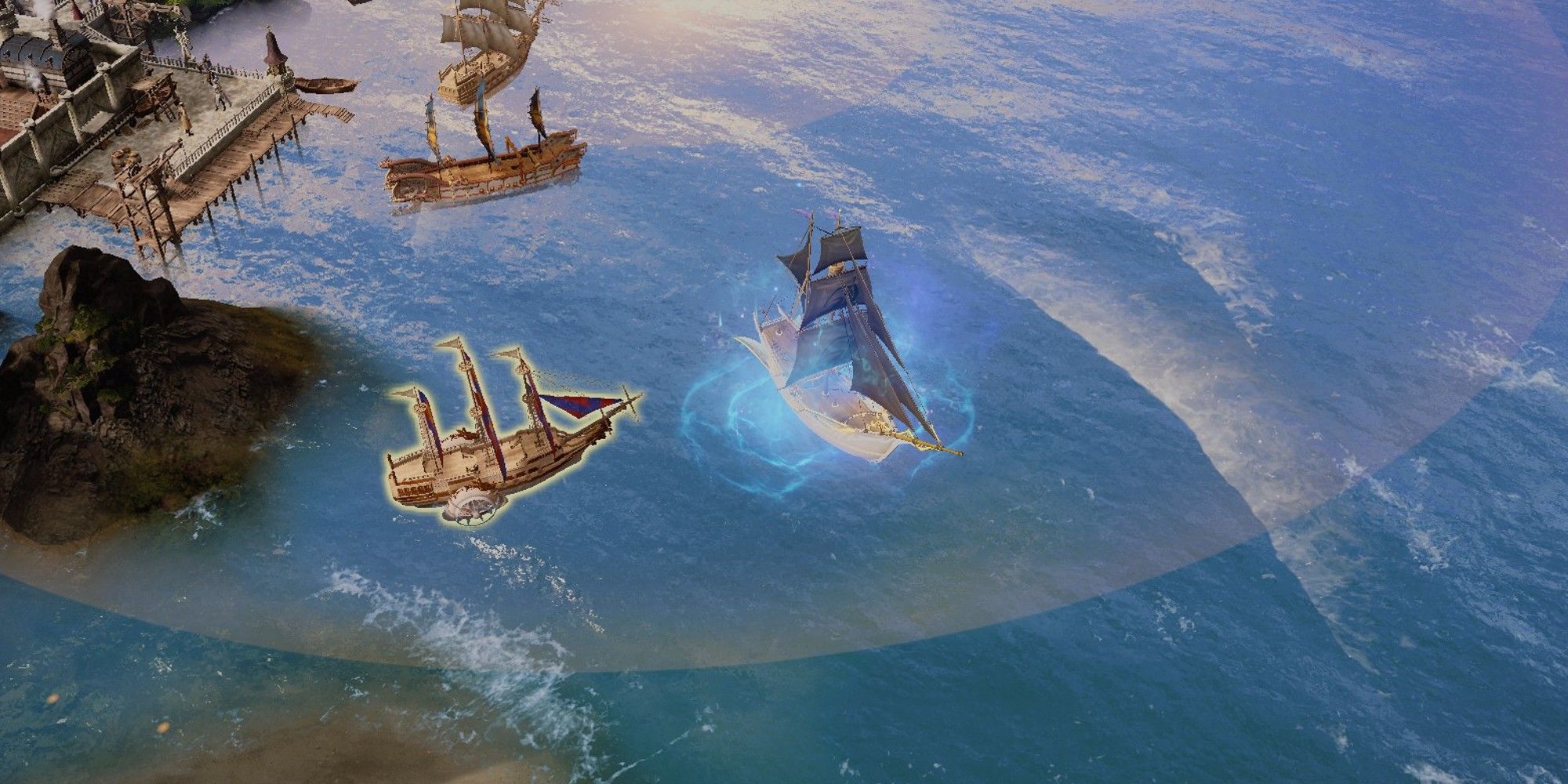 Lost Ark is a fairly new MMORPG, releasing in North America in February of 2022. As an MMO, you will participate in dungeons and other instanced group content, as well as level up your character.

The world in Lost Ark is quite large, so you will be responsible for sailing your ship to reach new areas. While sailing, you will be able to stop by any tiny islands you pass. Additionally, you can upgrade your ship so that you are better suited for new environments. 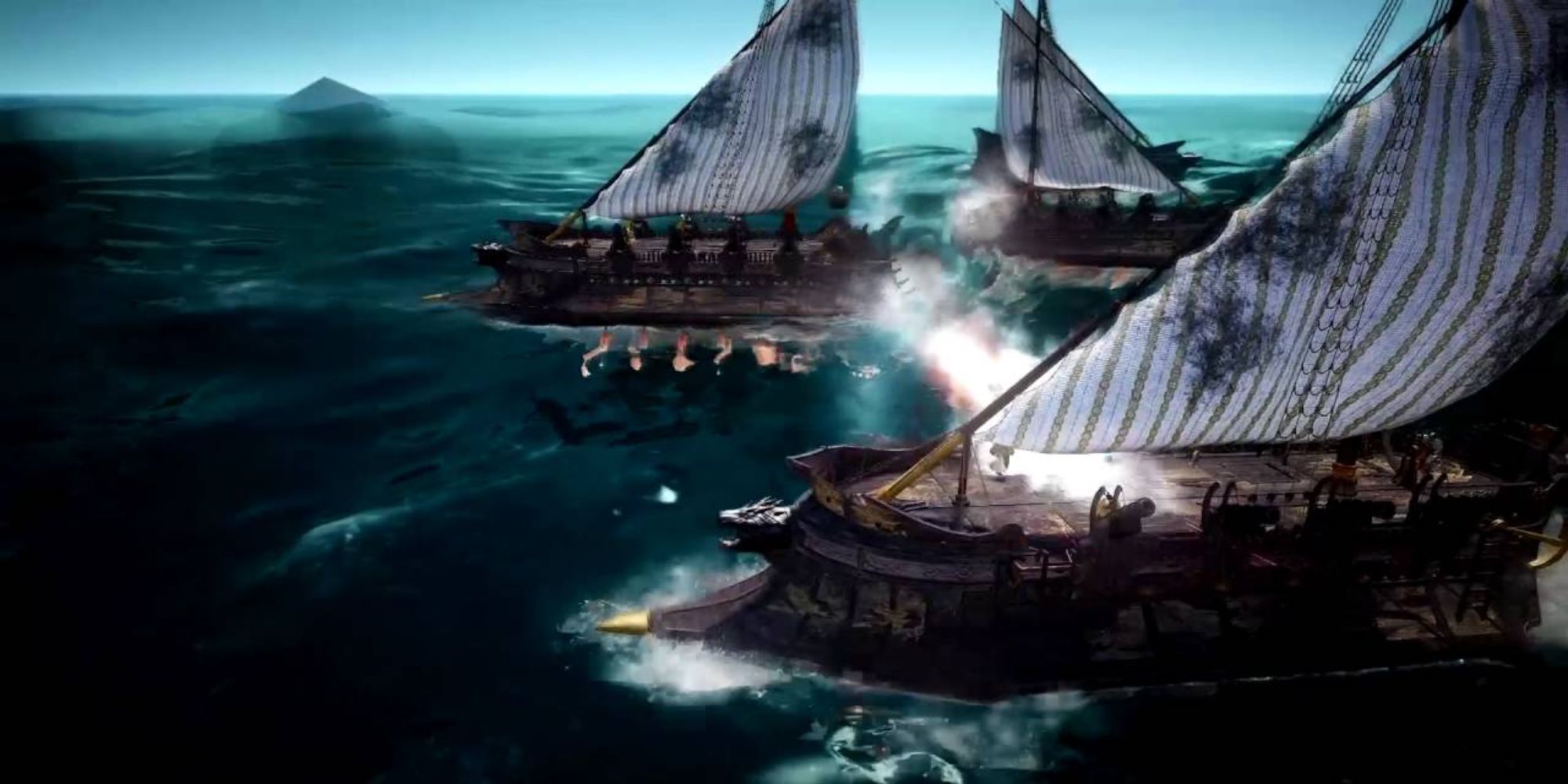 Black Desert Online is a sandbox MMORPG, which means that you can do anything that you want, including building an epic ship. In this game, if you choose to focus on shipbuilding, you can head to a harbor city and get to work.

Here, you will need to complete a few quests and learn the basics of sailing; before you know it, you'll be sailing on the open seas! 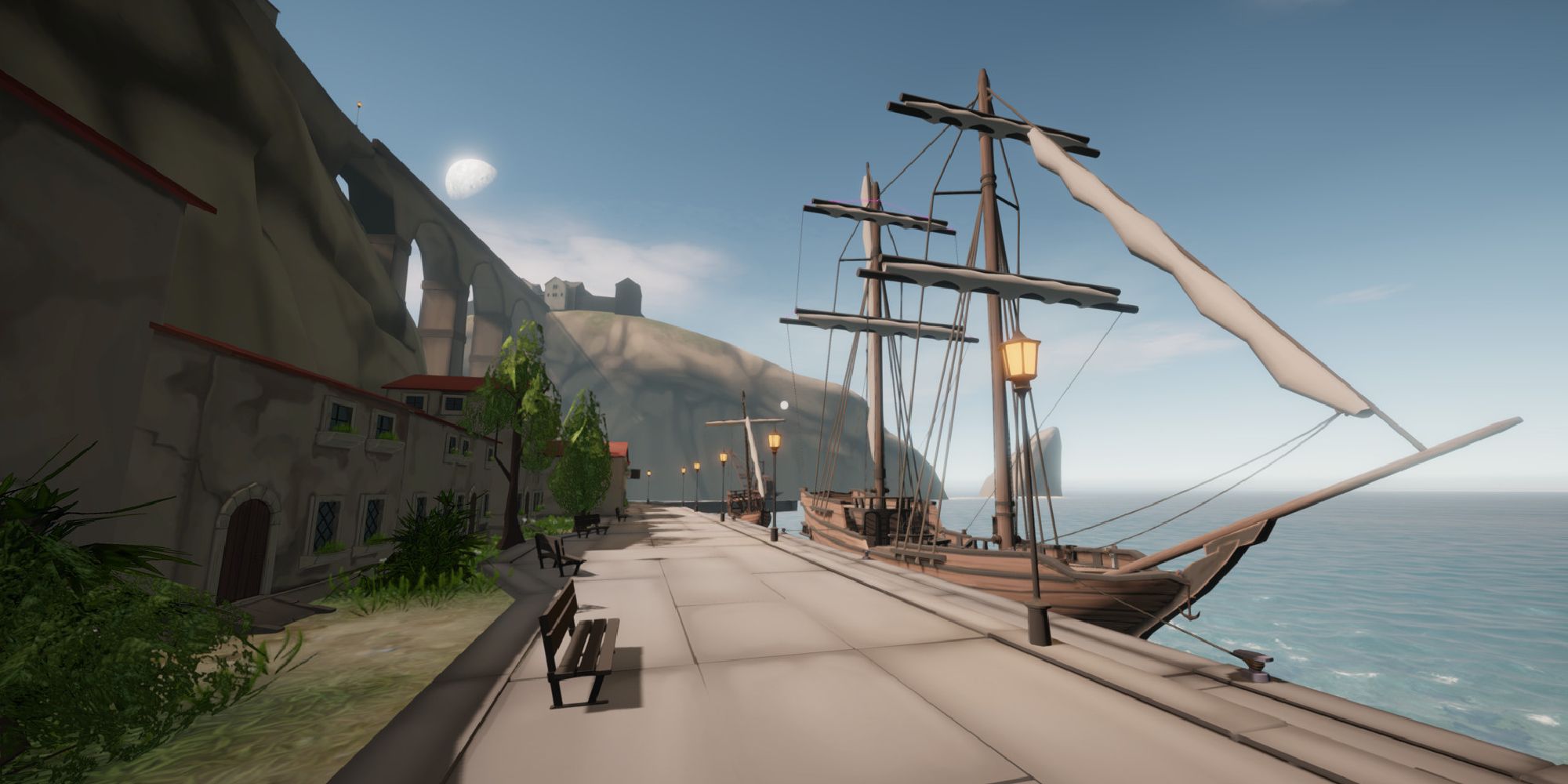 Looking for a cozy ship sailing simulator? Sailwind is the game for you. This is essentially a survival game that takes place on a ship, allowing you to explore, fish, and even cook. With ship customization, you can make your ship uniquely you.

Sailwind is slow-paced, much like ship sailing in real life. There are tense moments, but for the most part, you will need to tend to your ship and stay on course, while having a relaxing journey on board. Overall, this is the ultimate single-player game to relax with. 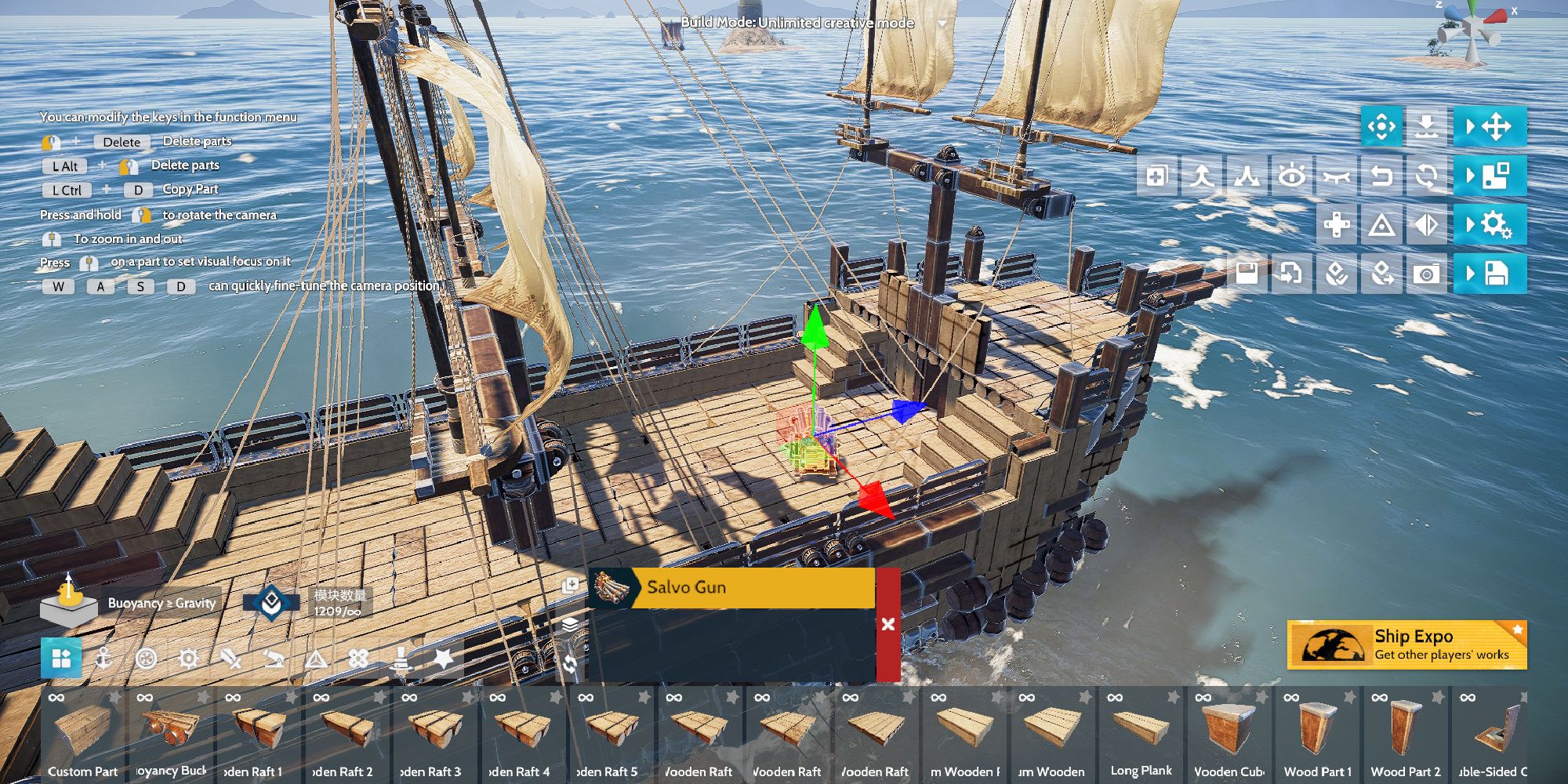 Sea of Craft is a nautical version of Minecraft. In this game, you will build a ship from the ground up; you can customize it any way you want. There are stages and a simple story that you can play through, but the real fun comes in creative mode.

While in creative mode, you can build the ship of your dreams, experiment with different styles, and create anything you want. As a 'sandbox ocean-building game', you will also need to take real physics into account while playing. 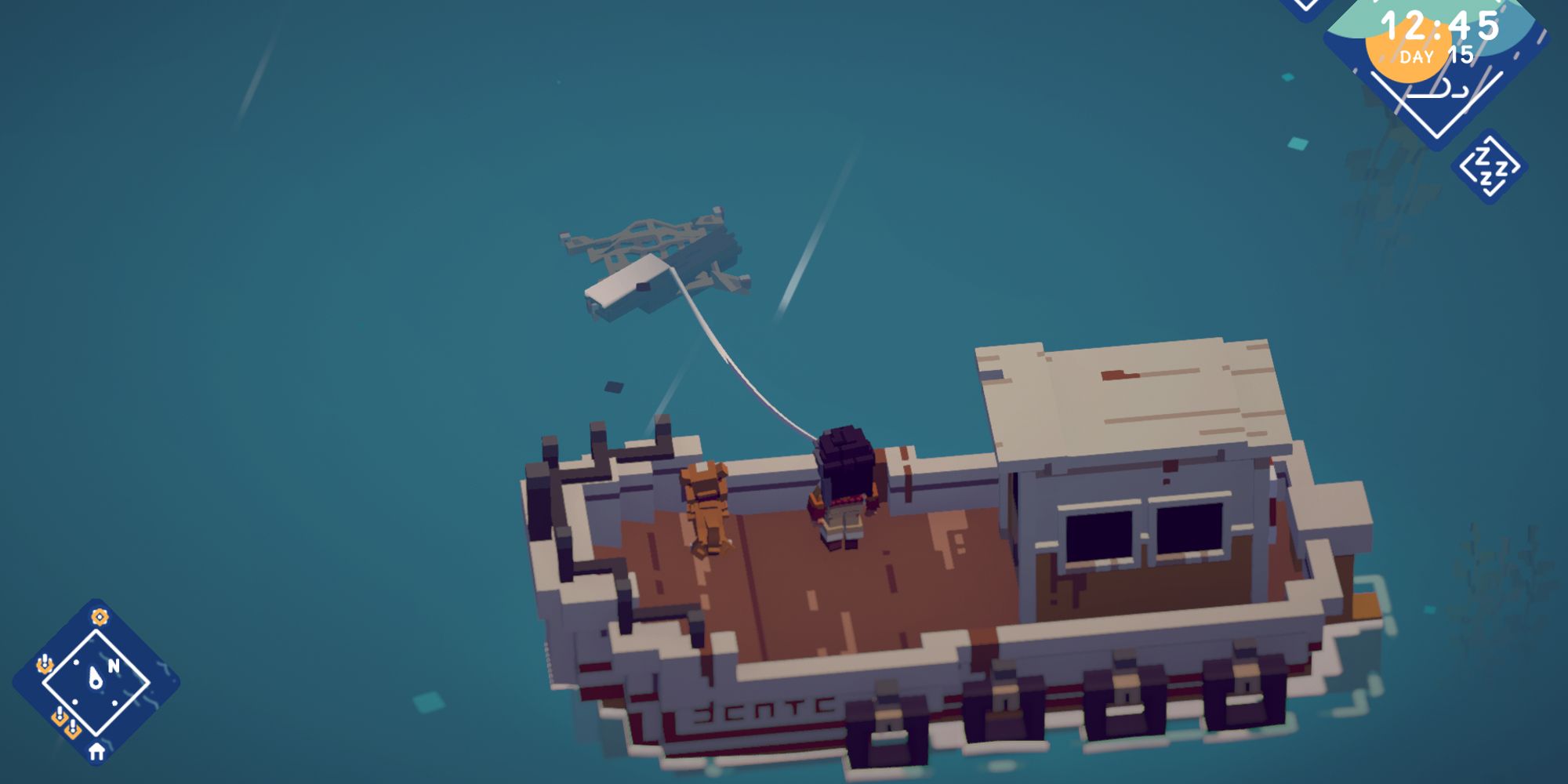 Lastly, we have Moonglow Bay. This game is a bit different than the other entries on our list. Rather than sailing on the open seas, you will sail around the town of Moonglow Bay collecting different fish and completing quests.

As you progress, you can upgrade your ship to become more efficient. Overall, your goal is to help the town rebuild and have your fish shop become a hit.