Animal Crossing is one of Nintendo’s most popular gaming properties. The game that lets you live and flourish in your own town with a bunch of animal neighbors while attending town events, fishing, collecting bugs, and other fun activities. The game started on Gamecube but an iteration has been released on pretty much every Nintendo system since its debut.

We’re set to receive a brand new Animal Crossing game very soon for Nintendo Switch. Fans have been awaiting this new game since the launch of the Switch and can’t wait to start their new adventures. But there are some hilarious things to think about in terms of Animal Crossing such as how the economy is kept afloat.

Updated by Madison Lennon on February 29, 2020: We’re so close to a new Animal Crossing game. The Nintendo Switch game that people have been waiting for years now is only a few weeks away. Some fans have broken out their old games just to tide them over until they can get their hands on New Horizons.

Now seemed like an opportune time to revisit this list of ways the Animal Crossing economy doesn’t make much sense. We love the game for all its oddities, but it’ll be interesting to see if the latest version updates some of these or leaves them as they are.

15 There Are No Doctors Or Grocery Stores 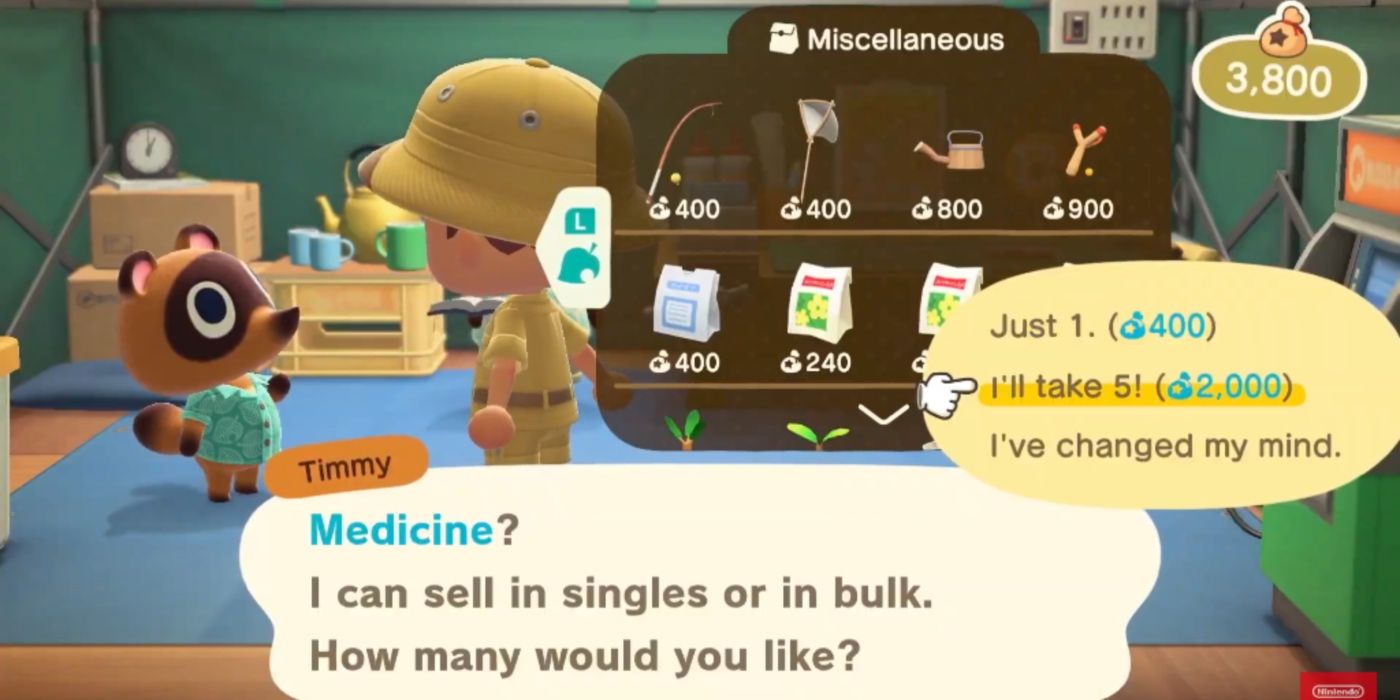 Sure the game has a post office, a museum, and a general store, but what about doctors or groceries? The villagers are animals, but they’re known to have human tastes, desires, and interests. Do they scavenge for food? Does anyone eat anything besides the fruit?

It’s not the Sims, so obviously we can’t expect the game to involve in-depth cooking but it’s sort of funny to think of all the normal parts of life the villagers go without. As for doctors, you better hope you have medicine around or happen to catch someone when they’re sick. 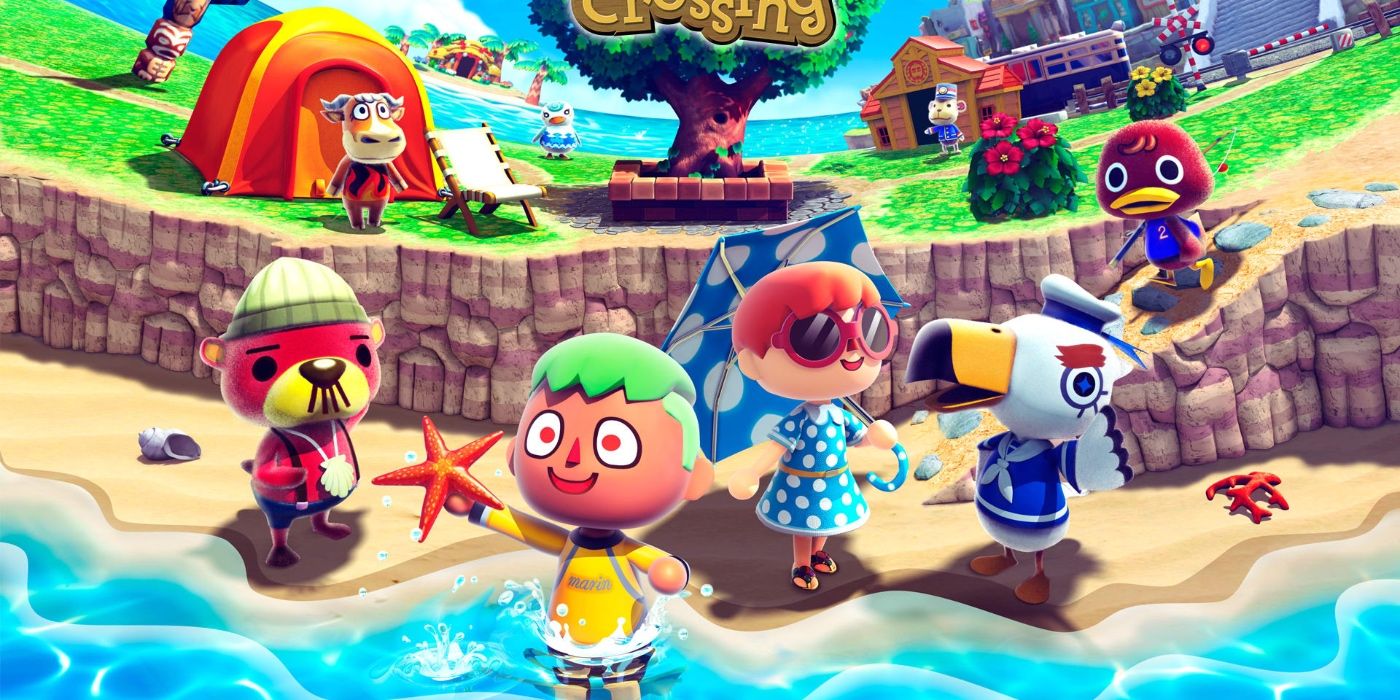 How on earth do the other villagers in the game get any money? You’re the only one who has a job by working for Nook, and even that only lasts a short while. After that, income is generated by scavenging for items and selling them, but we don’t see the villagers doing that.

At most, they browse Nook’s store and are occasionally shown buying something but not enough to generate a substantial income that would allow them to survive.

13 The Businesses Shouldn’t Be Able To Stay Afloat

Even if you and every animal in town were consistently purchasing things from the tailor shop and Nook’s store, there is no way that any of those places would be able to remain open and functioning real life. They would crumble from the weight of financial loss within a month, at most.

Ten different people buying over-priced shirts and furniture every day isn’t enough to keep a business up-to-date, nonetheless to upgrade it as Nook does with his store multiple times throughout the games.

12 The In-Game Insurance Is Terrible 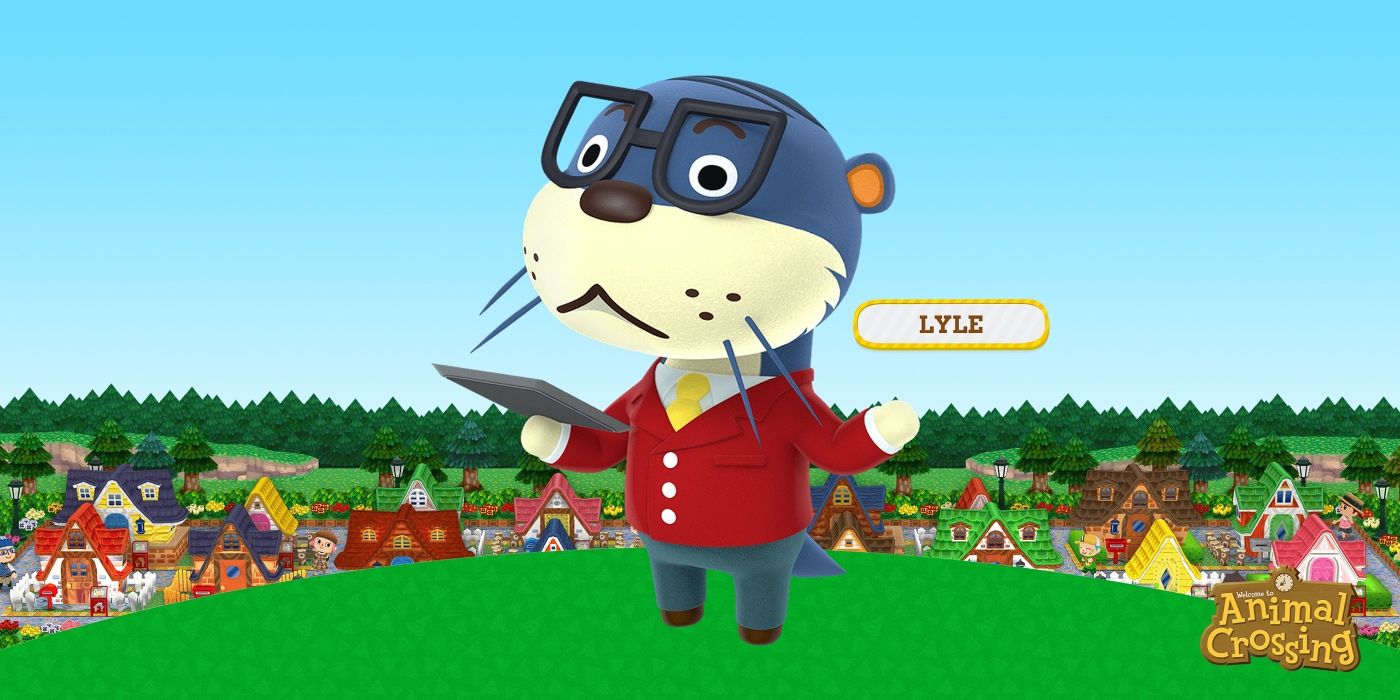 Animal Crossing: Wild World introduced its own slimy insurance salesman in the form of an otter named Lyle. Lyle’s goal was to sell you an insurance policy that did virtually nothing. Maybe it was the game’s own way of poking fun at real-life insurance agencies but it cost many players lots of bells as they tried to keep up with it.

It didn’t cover much aside from bee stings and forged paintings, and even those it didn’t always completely insure you for. Lyle was so bad at his job he wound up getting fired and relegated to the Happy Room Academy.

11 Why Is The Game’s Currency Called Bells? 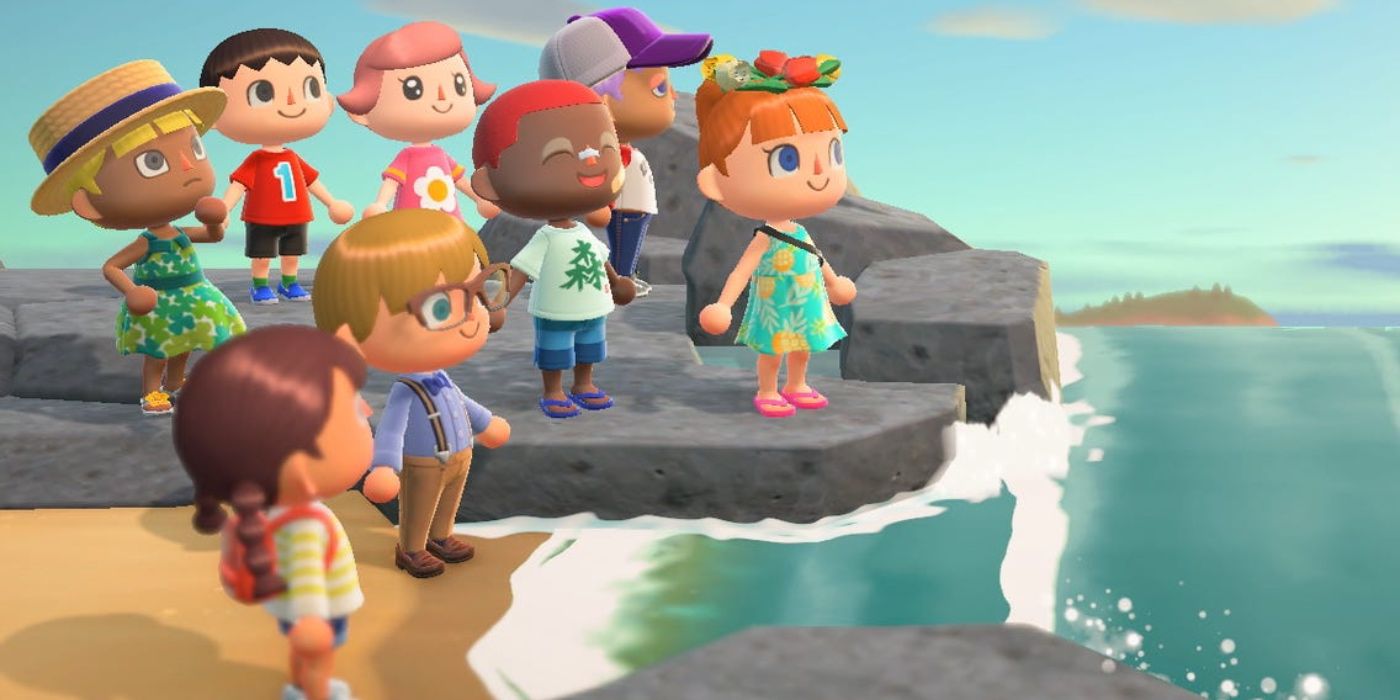 One thing we’ve always been curious about is the currency in the game. For some reason, everything functions with “bells.” Why is the money referred to as bells? Since it is basically coins, you would think that it would just be called coins.

You’re not actually receiving funds or adding to Nook’s funds with literal bells so the terminology is somewhat perplexing. Most likely, the reason bells are the chosen term is simply to add something unique to the game so it’s not just “money” or “coins.”

10 Tom Nook is a monopoly 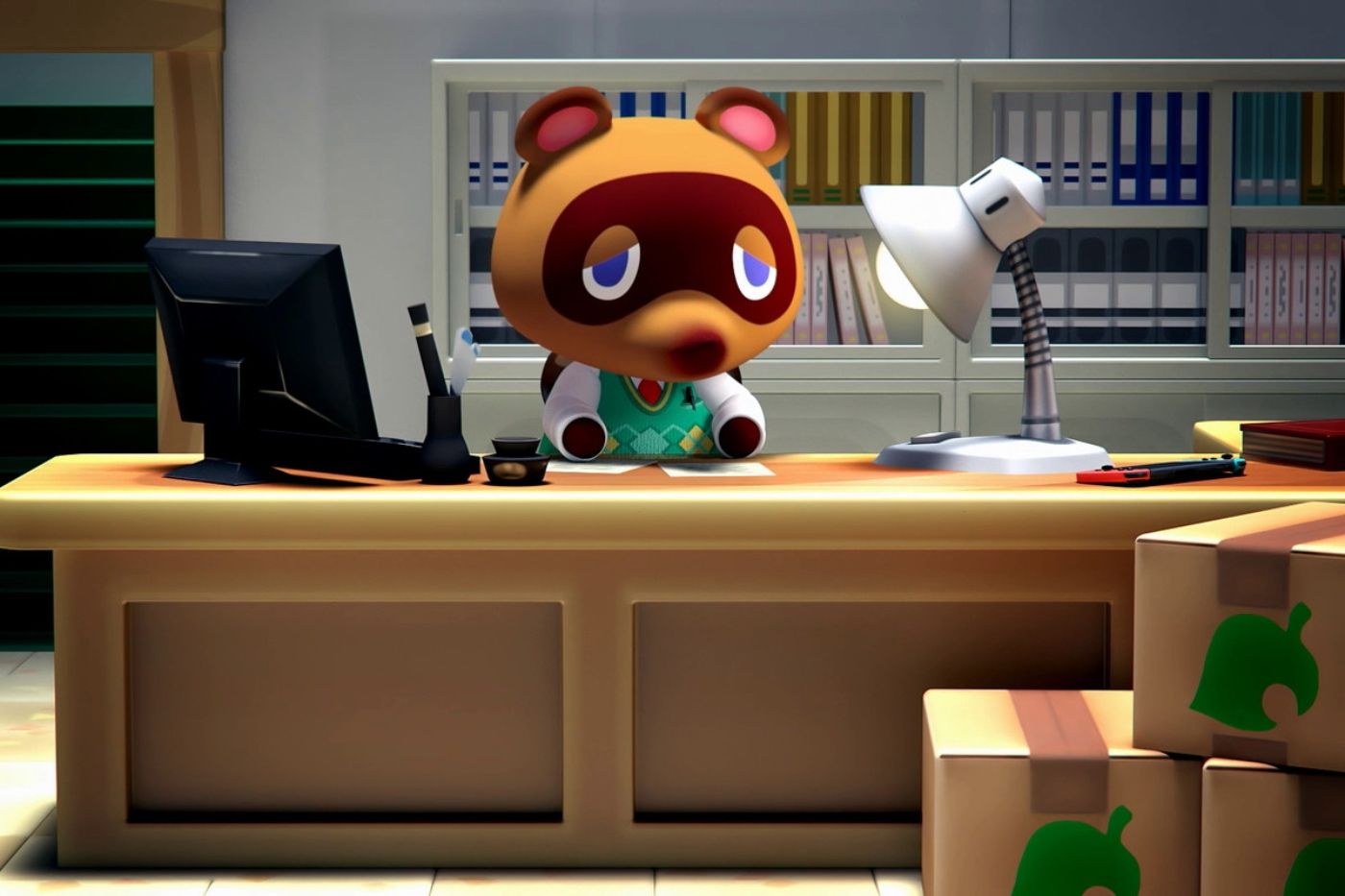 Tom Nook is basically the Walt Disney of the Animal Crossing world. He monopolizes everything and it’s only by your money, and the rest of the town’s citizens, that we are able to see him grow. While you’re saddled with countless loans, Mr. Moneybags is increasing his empire.

It’s why you watch the Nook shop grow from a small shack to a grand mall by the time it’s reached its final expansion. While there are other shops in the game, especially in the more recent Animal Crossing games, Nook’s is by far the most prosperous and the only one that actually grows in size.

9 Resetti has been fired 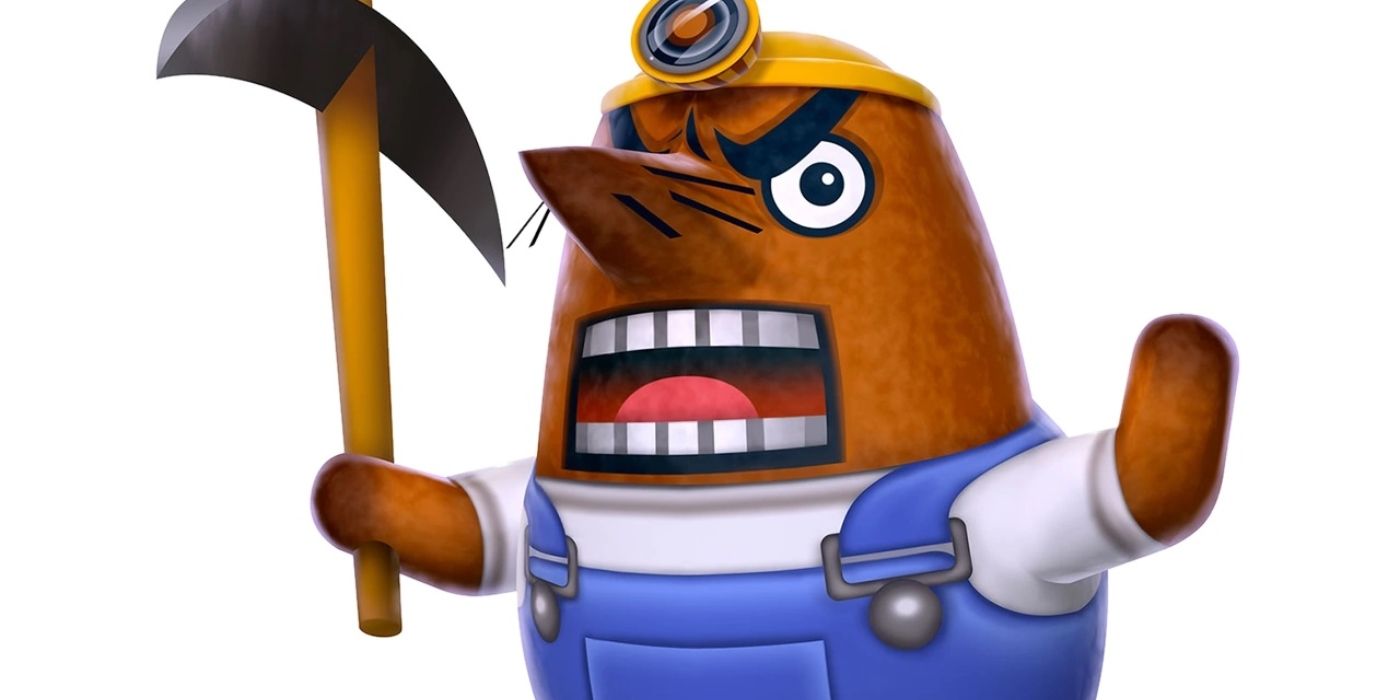 Okay maybe this guy had it coming but it’s a rough economy out there, even for angry moles. In truth, Resetti is a prime example of an economy where electronics come in and take over the job, just like everyone has been warning us about. In this case, the upcoming Animal Crossing game for the switch is not going to have Resetti in his regular role.

Why? Because New Horizons is going to introduce the concept of auto-saving and that means we won’t have Resetti yelling at us for not saving. However, you’ll still see him around. Apparently, he’s going to be hunting for a new job that Nintendo is staying quiet about. 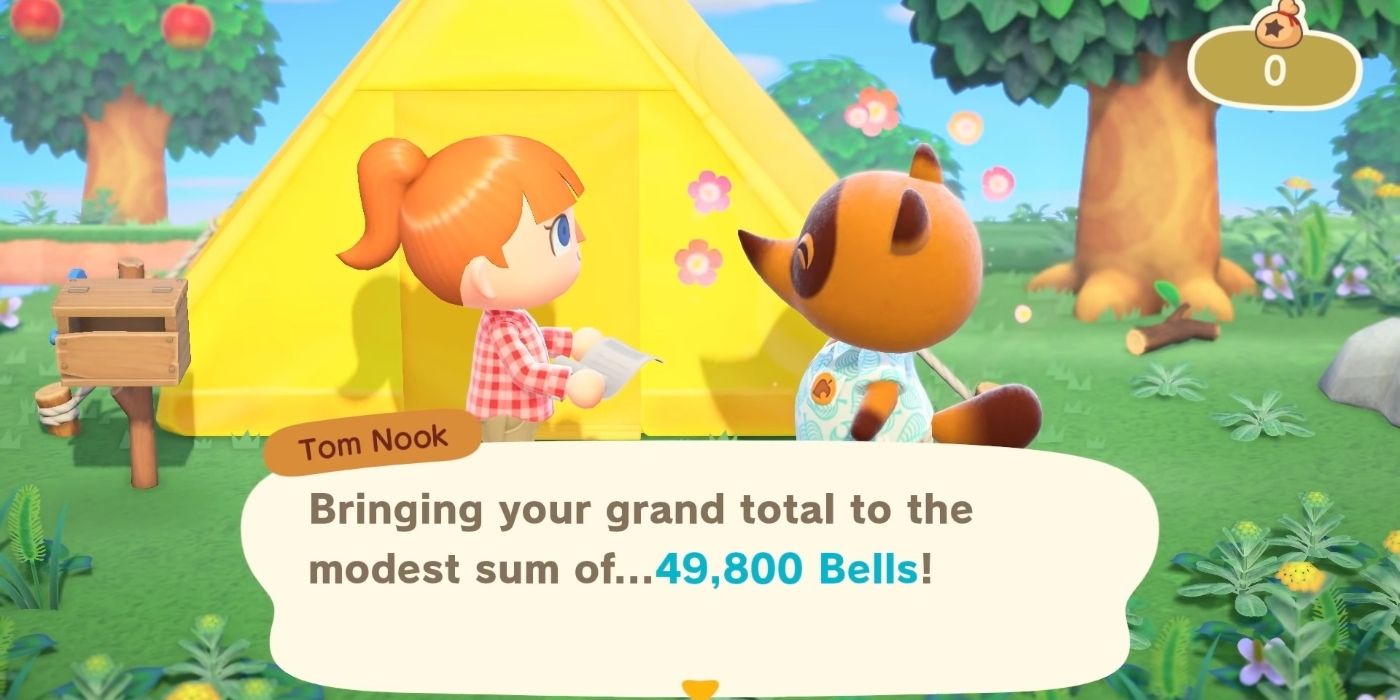 It’s kind of ironic that Tom Nook has been taking our hard-earned bells for years to pay off loans and to buy things from his store, now he can officially take our real dollars as well. It’s like he planned this out from the very beginning.

7 You can pay off your loans with fruit, shells, and fish 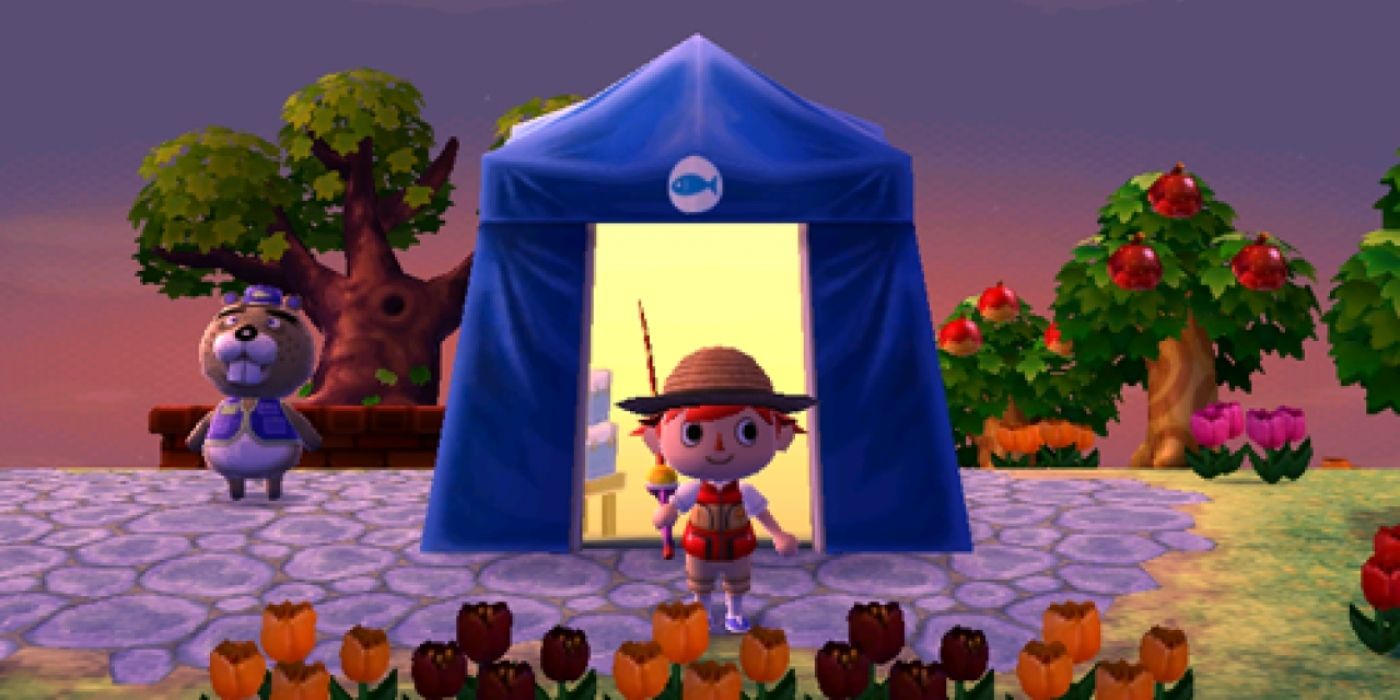 Imagine if you could pay off your real loans with things you can find out in the wild. Like wow, you could turn a dozen oranges into your whole school loan if you were lucky! All it would take is a few days of fishing and bug catching on the island and all of a sudden you’re swimming in money and you can go turn that into your car loans, school loans, bank loans, etc.

If only some of the Animal Crossing economy tactics actually worked in real life we might be better off. But in the game it’s also kind of hilarious to think about the fact selling fish is what paid off your third house expansion.

6 There’s no rules or regulations when selling to neighbors 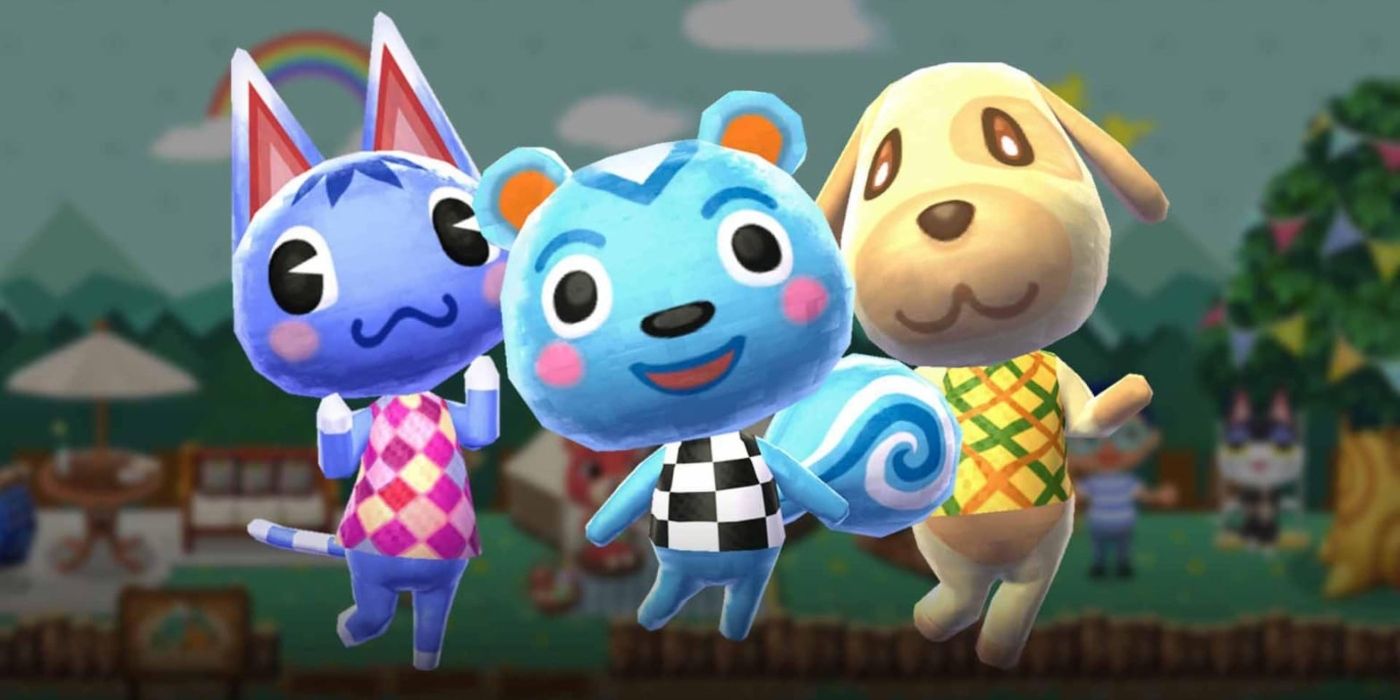 Do you ever think about how technically risky it is when you go to your neighbors and they ask you to get the items in exchange for bells or they try to sell you something at random and you have no way of checking out the quality first? It’s kind of like the wild wild west out here in Animal Crossing.

These neighbors of yours could be selling you broken furniture or handing over counterfeit coins and you would never know! Obviously, that doesn’t really happen in the game but when you think about it from a realistic perspective, it’s kind of like you’re wading through the Craigslist of animals. 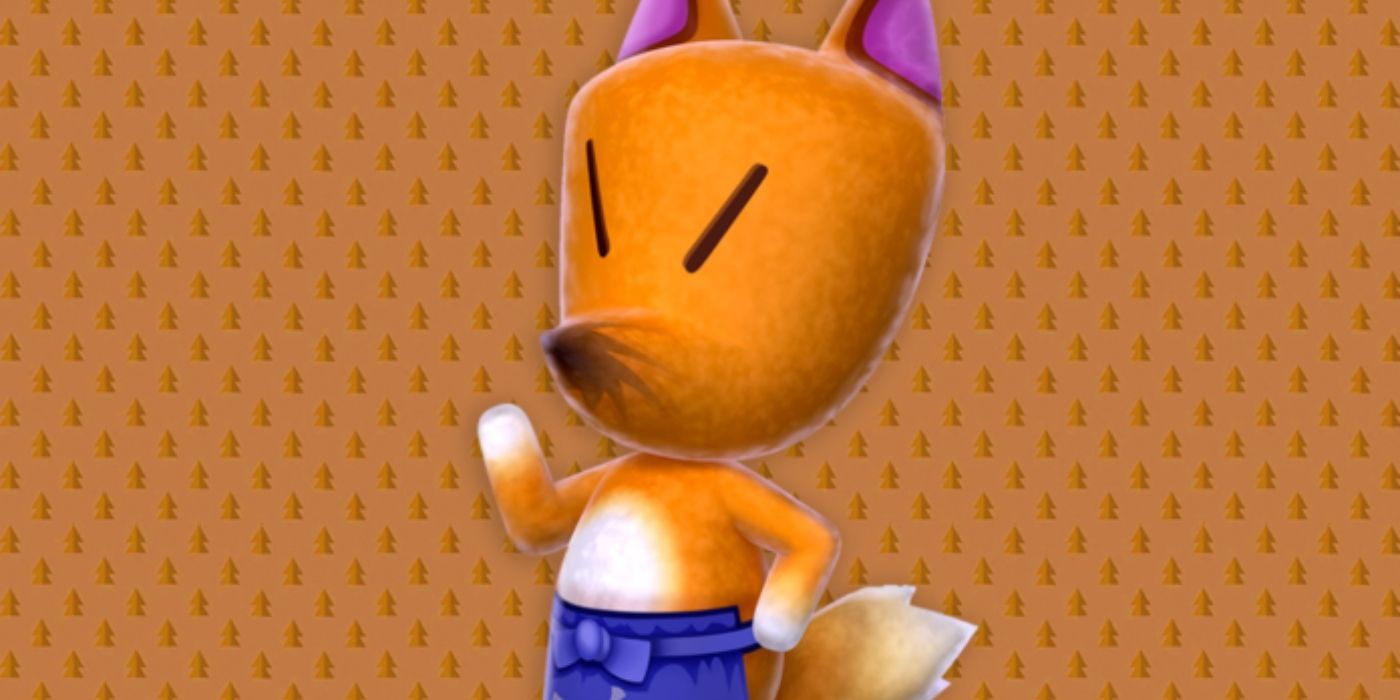 Why hasn’t Crazy Redd been banned from coming to town!? We all know he’s a scam artist. But he’s also one of the few places you can buy paintings and if you’re someone who is determined to collect every painting in town then you’re going to have to contend with Redd quite a bit.

The fox is known for selling counterfeit paintings and then you’re left with a useless painting and you’re out of several thousand bells. It’s kind of messed up that he’s still allowed to visit the Animal Crossing towns on the regular, isn’t it? Shouldn’t he be in AC jail?

4 Money does literally grow on trees and in rocks 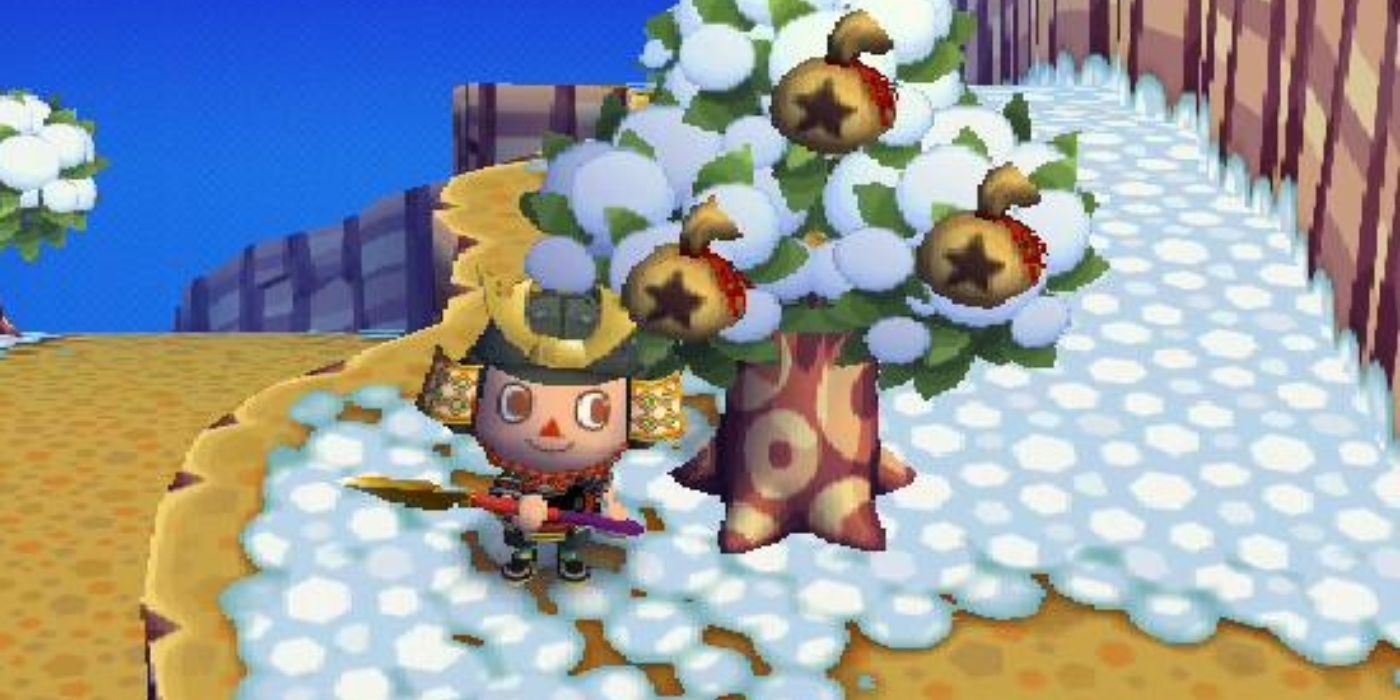 Do you know that old expression about money not growing on trees? Well, Animal Crossing kind of throws that out the window. In a sustainable economy, it could become a problem if people could just go outside and pull thousands of dollars off the oak in their front yard, but in Animal Crossing that is actually possible.

Of course, there are certain tricks and tactics. You have to get lucky when shaking trees that you won’t stumble on a bee’s nest. And as for the rocks, almost every player knows about the money rock that changes every day. A few hits with the shovel and you’re a little richer! If only that was true in real life too. 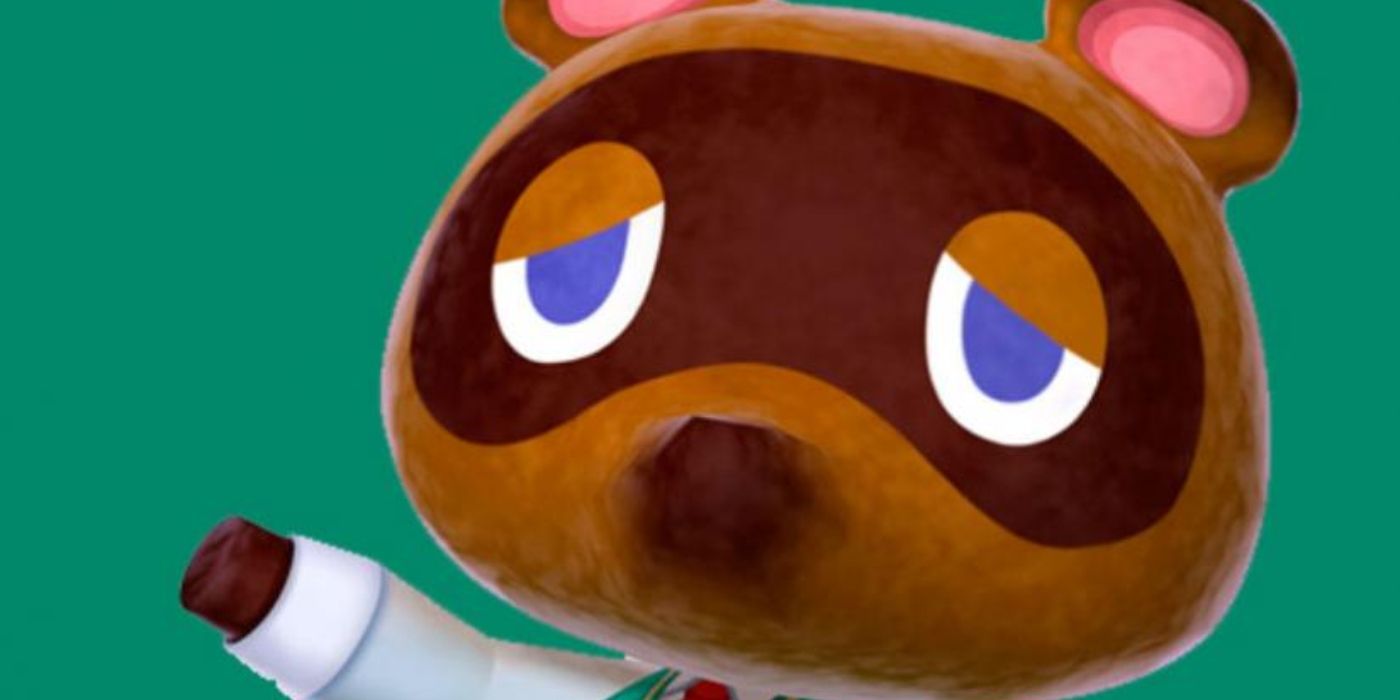 We’ve already talked about how Tom Nook is basically the kingpin of Animal Crossing no matter what game you’re playing or what town you’re in, but let’s touch on the fact you’re essentially forced into indentured servitude from the moment you begin playing your game.

First off, you arrive in town and have nowhere to go. Someone kind might invite you to stay for free in their home until you land on your feet. But Tom Nook would rather that you get a home of your own, only to have to pay him off by working for him until you can afford to pay the loan.

2 You have to to buy friendships 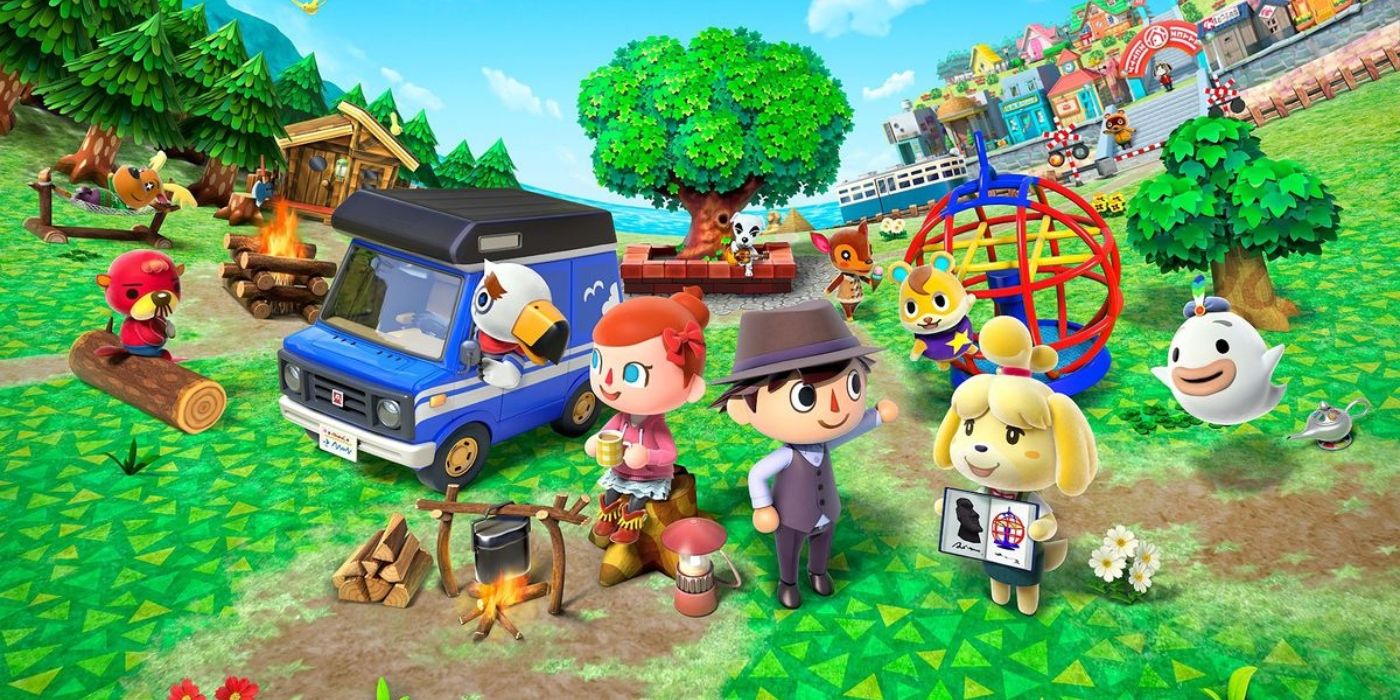 Let’s be real here, the way you make friends in Animal Crossing is by doing favors for the animals who live in your town. And most of those favors require that you spend money. In Pocket Camp, you can literally see how much an animal likes you and you can increase your friendship and the number of bells you have with real cash.

It’s kind of messed up that all of your deepest friendships are devised by the monetary value you’re willing to spend to keep them afloat! But it’s true. How many times have you felt the urge to help out an animal by buying something from them, then they like you more! If people did that to you in real life you would label them toxic, and rightly so.

1 Who makes the currency? 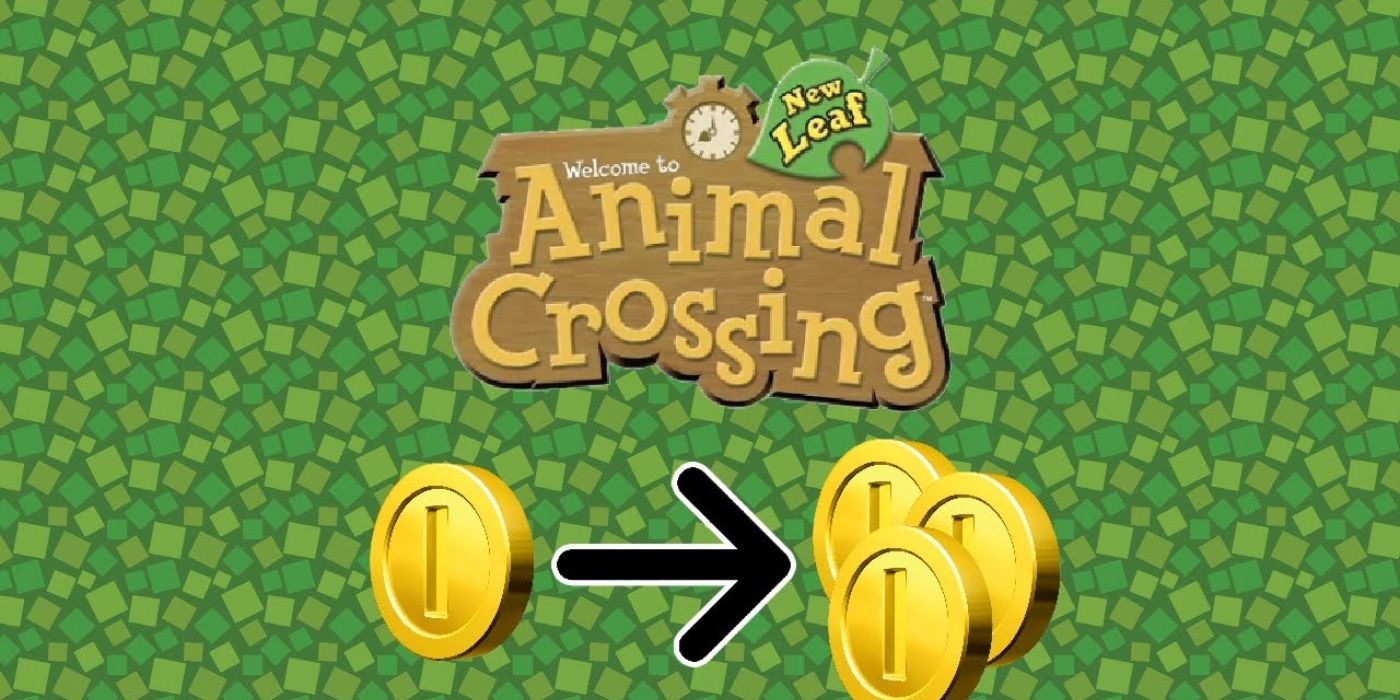 No one is keeping Tom Nook in check. He controls all the cash flow coming in and out of town. How does he even get all of his money? It can’t simply be from you and a few animals occasionally purchasing things from his shops. We don’t know where bells really come from.