Super Auto Pets is an adorable auto-battler that simplifies a lot of the mechanics that you would normally see in these types of games, focusing on fast and easy gameplay that anyone can enjoy. The main focus of the game is to buy and evolve various pets in order to win ten matches before you lose your ten lives. While at first, you will lose only one life after being defeated in a round, after every few rounds this will increase by one, up to a maximum of three lost lives.

Even though trying out various combinations of pets and upgrades is extremely fun at first, after a while you will start seeing that the game has a well-rounded metagame with various builds that you can try out. Keep in mind though that RNG is still a big factor so pulling off the same build every game will be almost impossible. So here are some builds that you can try out in your next Super Auto Pets game. 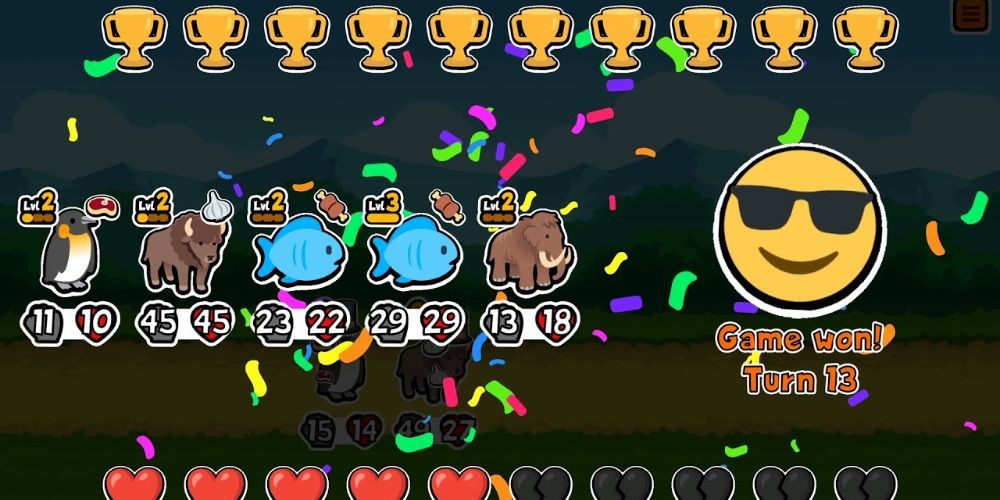 The main focus of this build is to grow a Fish to level three and then buy a tier four Bison, which will get buffed every turn due to the maxxed-out Fish you have. Even though the Fish is just a tier one pet, he is probably one of the strongest tier one creatures at your disposal. With great base stats and an excellent ability that gives all your team +1/+1 whenever he levels up, he will help you scale your entire team during the early and mid-game.

The Bison is a tier four pet that gets +2/+2 every turn as long as you have a level 3 pet on the board. Obviously, the Bison can get his buff from having any level three pet in play, but getting a tier one creature to level three is the easiest since you will see plenty of them in the first few turns.

Here are some of the best pets that you can add to this combo: 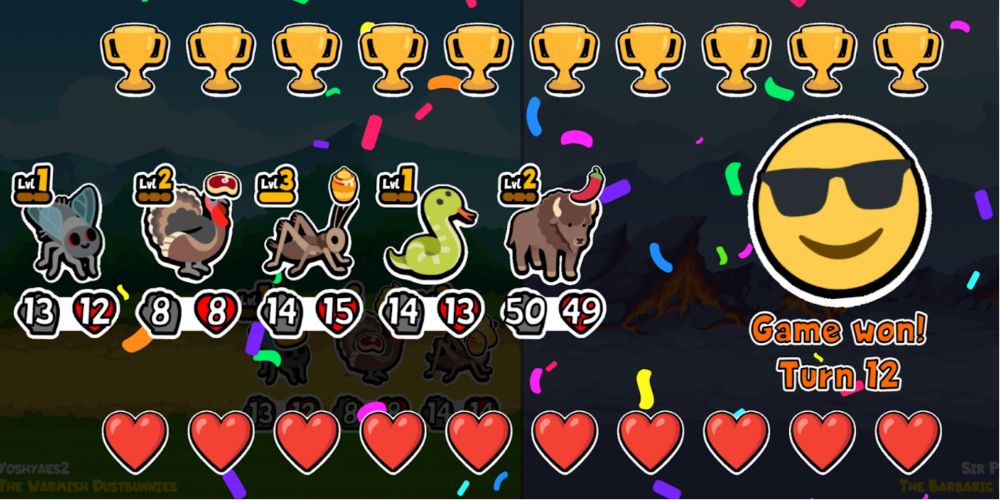 Usually, this build will start with a Horse and a couple of Crickets. This should net you a few early wins, but you will have to transition at some point since this won't work into the mid- or late-game. Your first move will be to replace the Crickets, ideally with Spiders or Sheep. If you manage to create a level three Cricket, though, don't give up on it just yet since you can use it for a Bison combo later on.

Ideally, you'll be able to find a Turkey that will replace your Horse once you reach the end-game. In addition to this, you should look out for a Fly to complete your summoning combo.

The main strategy of this build is to overwhelm your opponent with a stream of buffed summons that never seems to end. RNG can have a big say in this, but getting lucky and spawning another Sheep out of a Spider can quickly change the tides of battle. Your biggest counters are a Hippo, Rhino, or some sniping creatures like a Gator or Dolphin that can take out your Horse or Turkey. 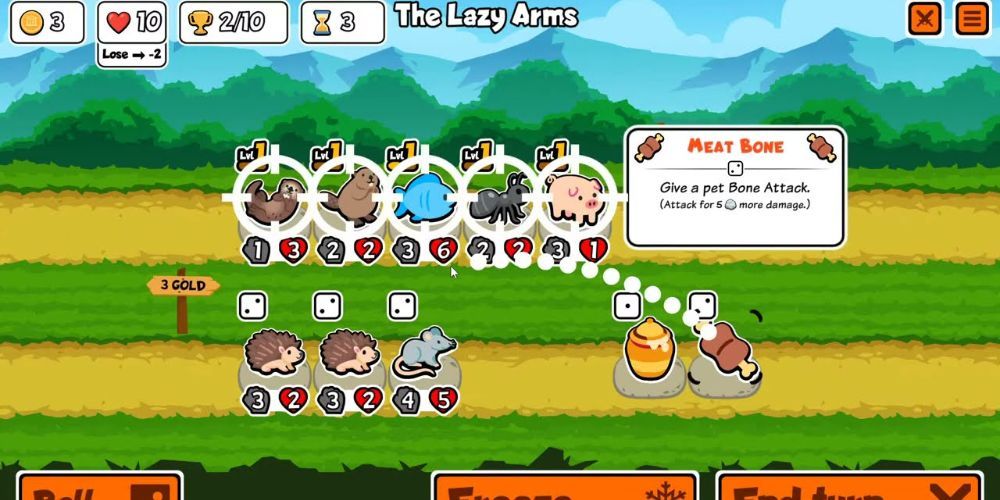 Not exactly the strongest possible build that you can try, but it is consistent. Your main focus is to get a level one pet that you want to carry into the endgame, such as a Fish or a Mosquito, and then start buying all the Otters that you can get your hands on. Those Otters will buff your main pet and turn him into a force to be reckoned with. All you need to do afterward is keep buffing your main pet with all the food that you can find, Garlic, Melon Armor, and so forth. Later into the game you can get a Crab that will copy the health of your strongest pet, or a Kangaroo that can hide behind that pet and get a couple of buffs before it dies.

The biggest threat that you can face is a Scorpion that will kill your beefed-up pet in a single blow, though this can be fixed by Melon Armor. A Skunk that manages to land his debuff on your main pet will also probably net you a loss, but you won't generally see a lot of those. 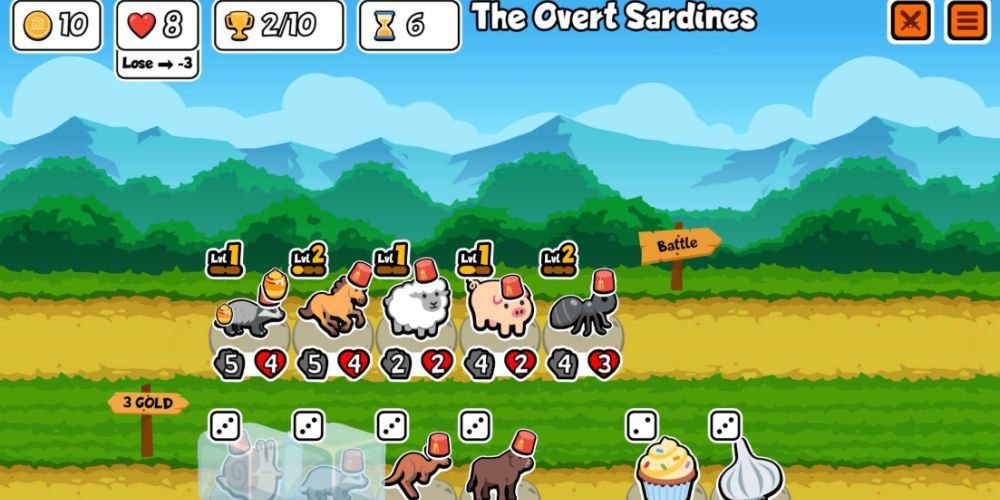 A build that is pretty hilarious when it works, it emphasizes using creatures that hurt all the pets on the board, including your own. In the early game, you will be using Hedgehogs and Pufferfish. The Pufferfish goes well with an Elephant that can damage him every turn, making him deal damage to random enemy pets. Getting Garlic Armor on your Pufferfish as fast as possible will also cause a lot of headaches for your opponents. Once you get your hands on a Badger, make sure that you equip him with Honey, ensuring a win whenever he manages to take out the remaining enemies when he dies.

The worst part about this build is that you will have games where you keep accruing ties due to the self-destructive nature that it brings to the board. This is not the type of build that thrives in late-game, so getting some early-game wins is very important. Remember that you don't have to go all out on creatures that deal damage to the entire board, having some all-around consistent pets in your crew can also help out.