Archvale is a lovingly crafting bullet hell RPG with plenty of open exploration. The kingdom you are exploring is begging to be discovered. You are able to freely roam to any land you want in order to reclaim the arch stones. There is always something new and fresh to find in the world of Archvale with each zone connecting to the next. Plus, you can easily fast travel between any of the zones as you see fit.

Given the open nature of the game, it can often feel a tad bit overwhelming as to where to go first. Worry not as Archvale has some zones you should absolutely check out first, mostly down to easier enemies and plenty of crafting materials to acquire. If you find yourself in a zone that is too difficult, simply head in another direction to find a better fit. Here then are the five best zones to explore first in Archvale. 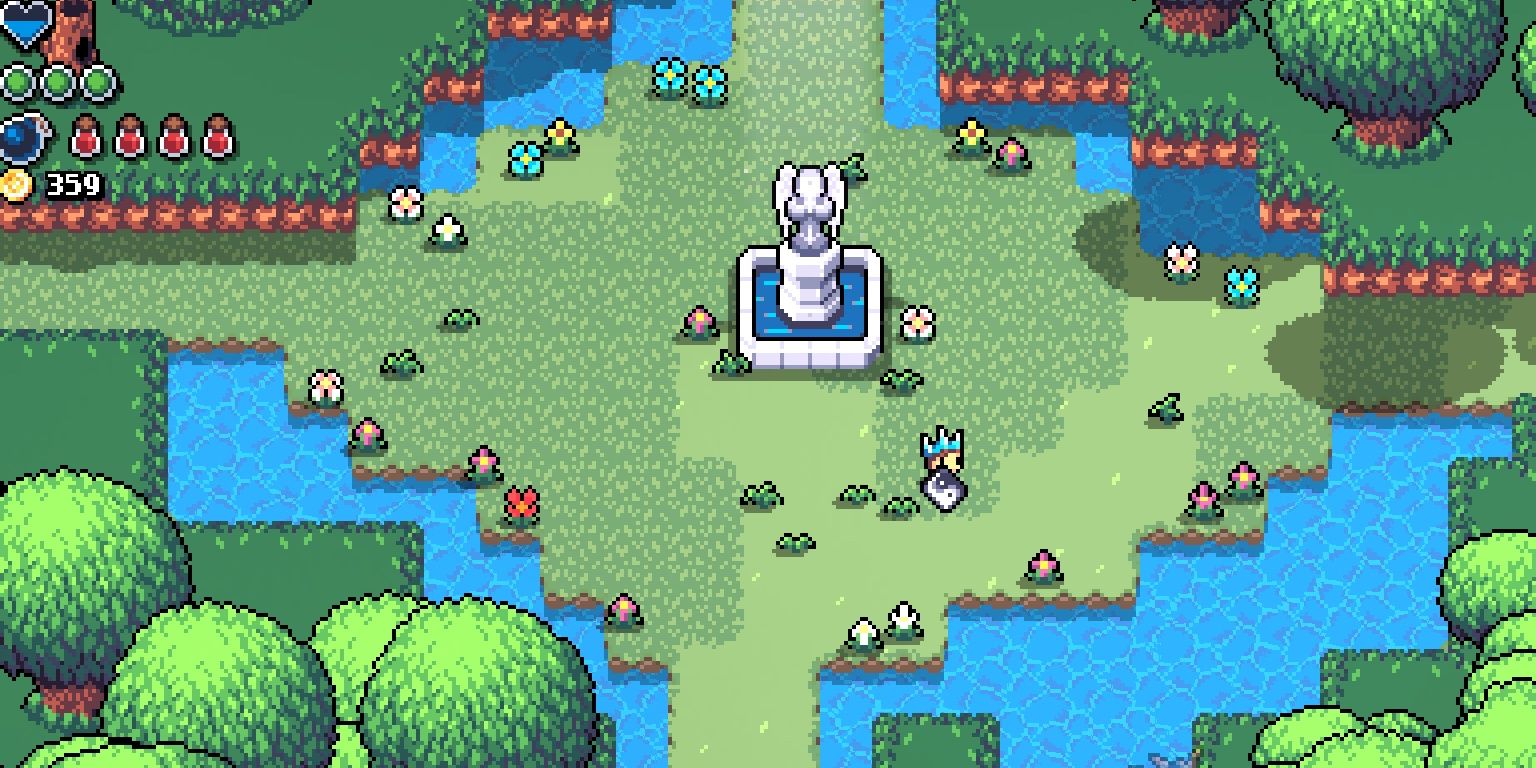 Cradlewood is the very first area you explore in Archvale. While it is the first area and thus the easiest area, that doesn't mean you should skimp out on discovering each of its rooms. Cradlewood is the perfect introduction to Archvale. This forest zone is brimming with detail and vibrancy. This is also where the game introduces the twin-stick bullet hell RPG mechanics to you.

What makes Cradlewood so important is that it houses two separate and distinct villages, namely, Timberwell and Fairreach. Timberwell is a very small town that doesn't offer you anything tangible but it does create a great sense of world-building. Fairreach is the first large town you encounter and it's here that you can learn to craft, buy items, store coins in the bank, and upgrade your weapons from the local blacksmith. 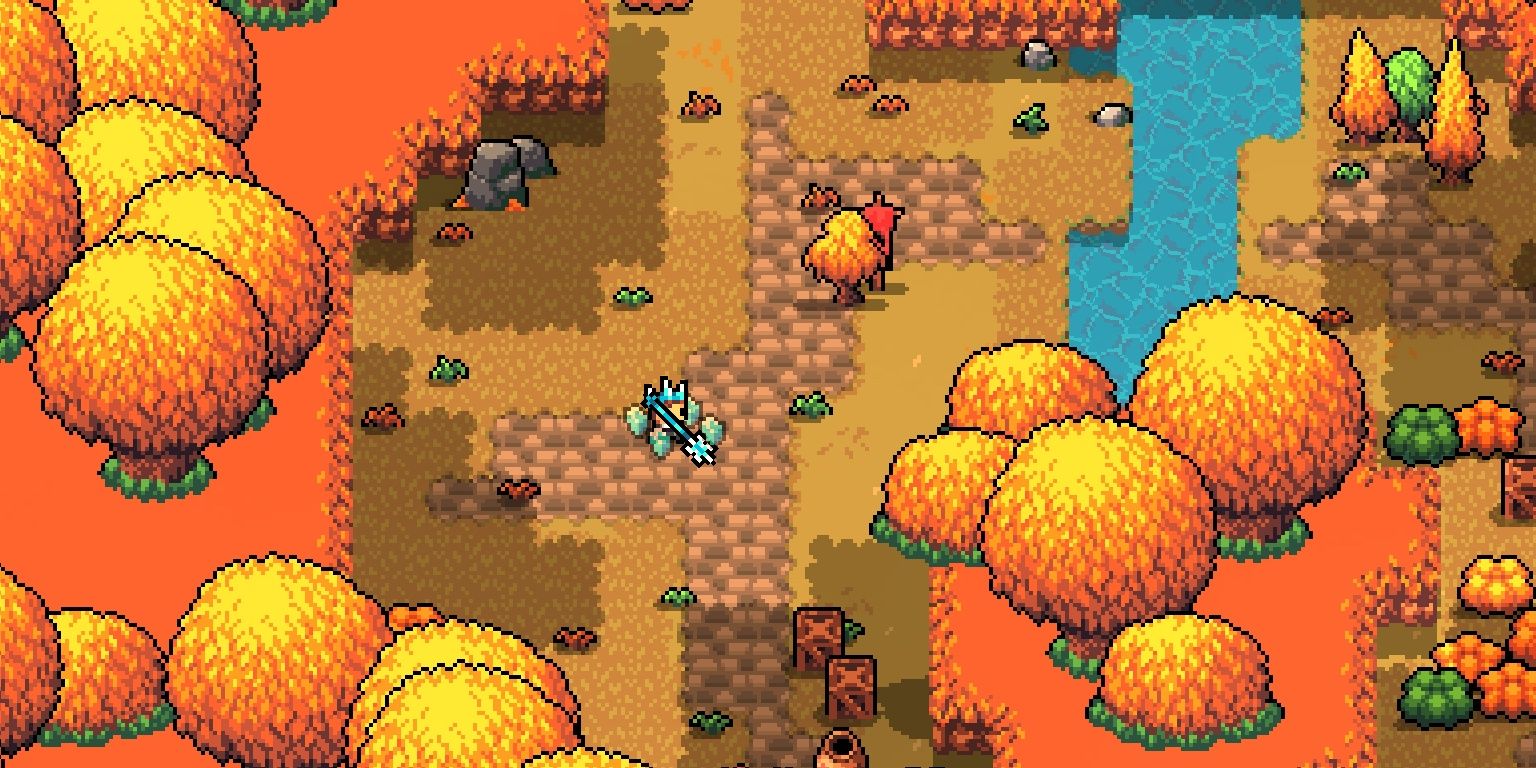 Amberpath might be one of the most beautiful and picturesque locations in all of Archvale. This autumn-tinged and orange-hued zone is extremely magical and heartwarming, that is until you start to encounter the first tougher baddies. Amberpath is one of the main locations that serves as a branching zone. From Amberpath you can get to a few of the other zones in the game so it's a great central location.

While Amberpath doesn't feature a village like Cradlewood does, it does offer an abundance of bandit lairs. These challenging combat rooms will be your first major bullet hell combat challenge where new bandits keep spawning from hatches in the ground. If you are able to take them all out, you are generously rewarded with coins, crafting materials, and sometimes a loot chest. 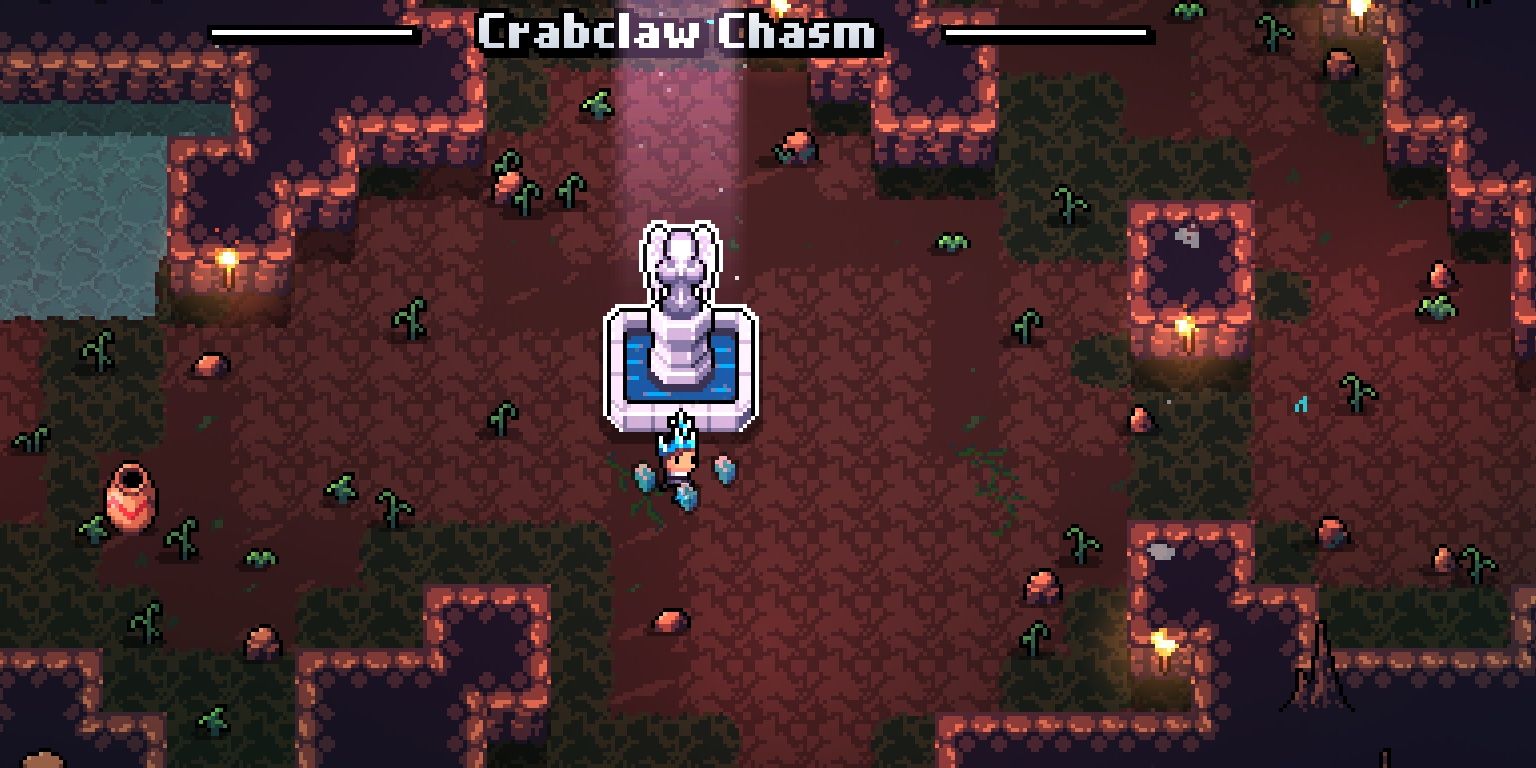 Crabclaw Chasm, a cave-like zone that you can get to from Amberpath, might not look like much. Crabclaw Chasm for all intents and purposes is simply a dank cave. While the location might not be a visual feast in comparison to Amberpath or Cradlewood, it offers you a bevy of crafting materials for some of the best early game items.

As its name implies, Crabclas Chasm is teeming with all sorts of crab enemies. Upon defeating these crabs you are given crab shells. Crab shells are vitally important for crafting some of the best and strongest initial weapons and armor pieces in the game. Make your way to this location early so that your crafting can be that much more effective early on in your adventure. 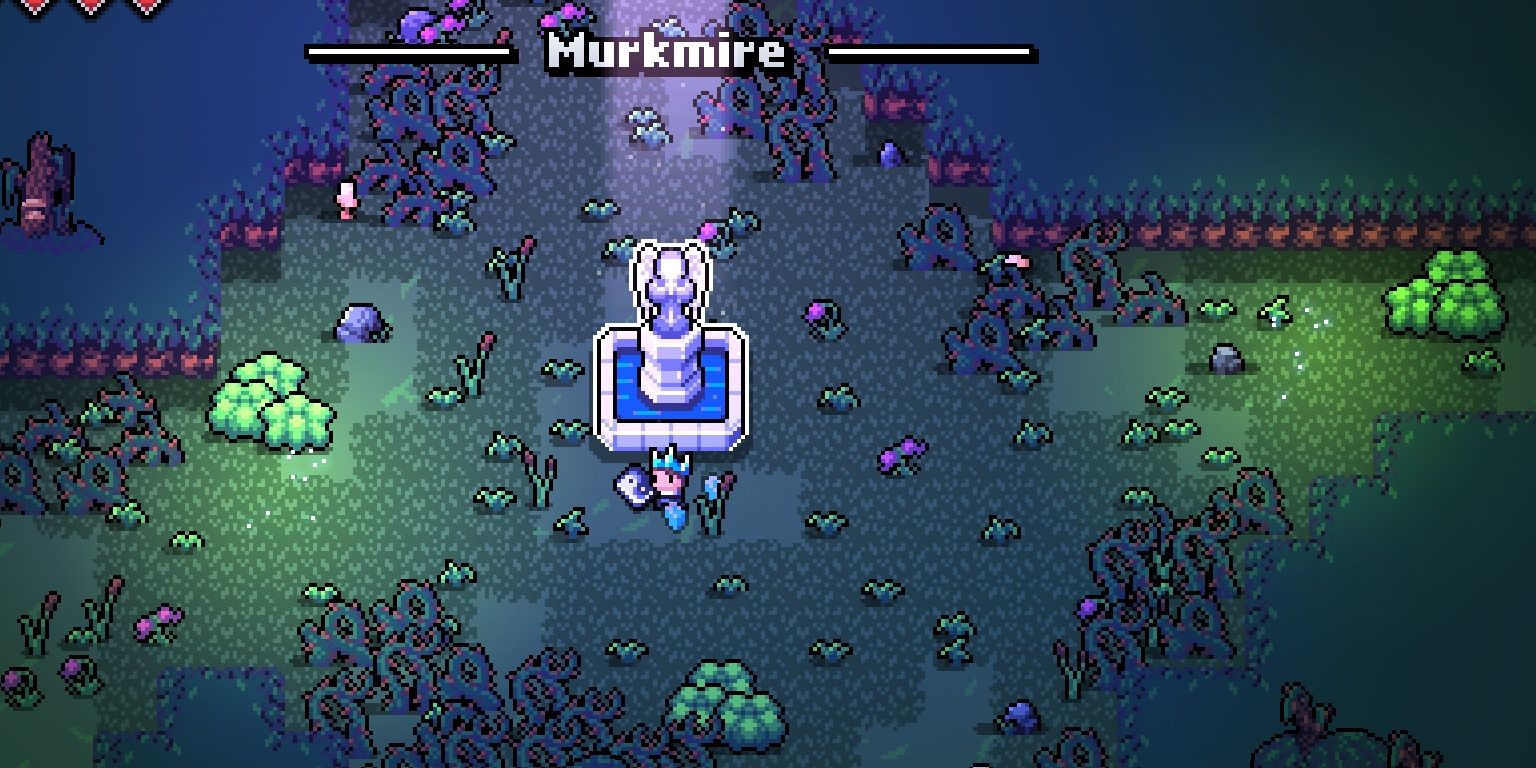 Upon stumbling across Murkmire, a location accessible from Amberpath, you are greeted by a murky, damp, dreary swamp. Despite its outward appearances, Murkmire features one of the most catchy and enjoyable music tracks in the game, reminiscent of music from games like Banjo-Kazooie or Yooka-Laylee.

Murkmire is an excellent location to explore first because it houses some truly punishing enemy types, offers one of the best crafting components, darksteel ore, and even features a quaint swamp town called Bogtown. Murkmire will probably be a very challenging area early on but the difficulty is rewarded with fantastic crafting materials to which you can then make better and stronger equipment at Bogtown. 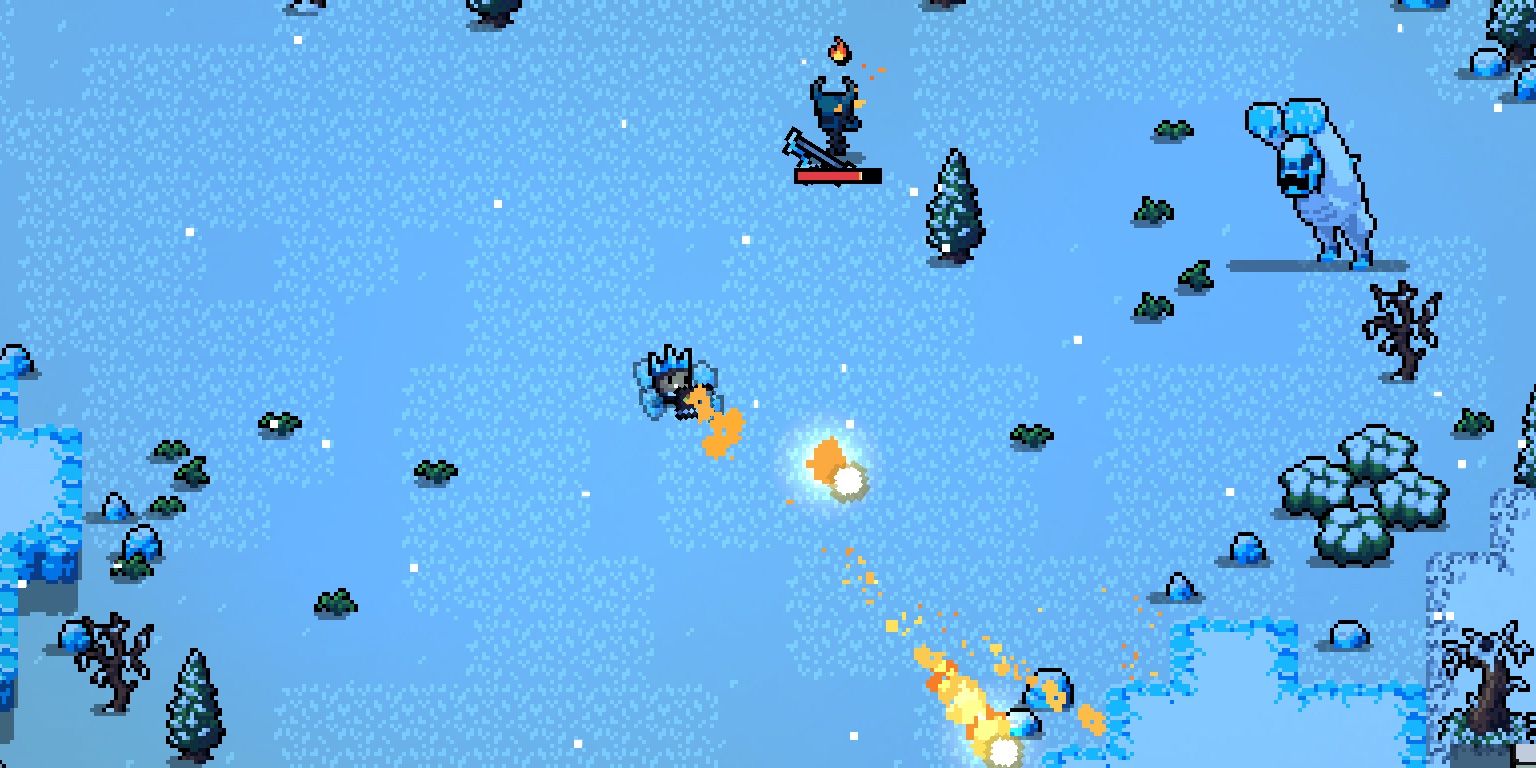 The first time you make your way to Pine Peak, the snowy mountain location, you will find yourself feeling soothed by the tranquil music and slowly falling snowflakes. All of that is quickly interrupted by magic-wielding yetis, powerful balls of sentient energy, and plenty of room hazards such as frozen water to slip on. If you are up for the challenge, Pine Peak rewards you generously for your time.

Pine Peak is tough, full stop. You are likely going to die a few times while trying to make it to the village of Sprucepoint, however, along the way you are gathering valuable crafting supplies such as cobalt ore, undead essence, and frozen capsules. The latter of these materials are used for crafting frozen-type weapons, some of the more powerful ones in the game. Plus, Sprucepoint village is downright charming and relaxing.