Since the Playstation 2 is the best-selling system of all time, it’s safe to say that it had a huge quantity of games. In fact, it had so many that several franchises had fully-fledged trilogies on the console. This wasn't just limited to one genre either. Action games, horror games, RPGs, platformers, and more had three or more titles in a series released for the PS2 during its lifetime.

Some franchises like Shin Megami Tensei even pumped out games like they were going out of business. The most surprising aspect of all though is that a lot of these trilogies weren’t just good, they were incredible.

6 Ratchet and Clank – Ratchet & Clank, Going Commando, Up Your Arsenal 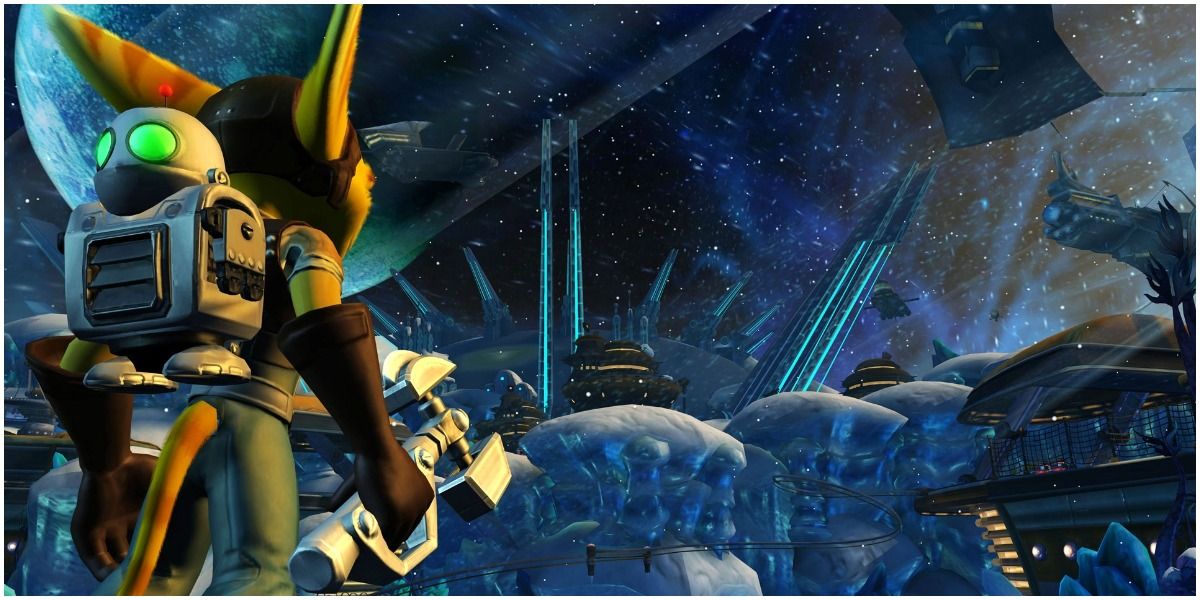 Years before Insomniac created the best-selling superhero game of all time, they created their own trilogy for PS2 with a brand-new set of characters: Ratchet and Clank. The series follows the story of a Lombax and his tiny robot companion as they jump from planet to planet beating bad guys and blowing everything up with an increasingly ridiculous arsenal of weaponry.

While the first game was not too special and is by far the weakest, it was an excellent proof-of-concept that the second and third games took the time to perfect. Full of charm, humor, and wit, the Ratchet and Clank series went on to spawn a trilogy for the PS3, a movie, a remake of the first game for PS4, and one of the best exclusives on PS5. 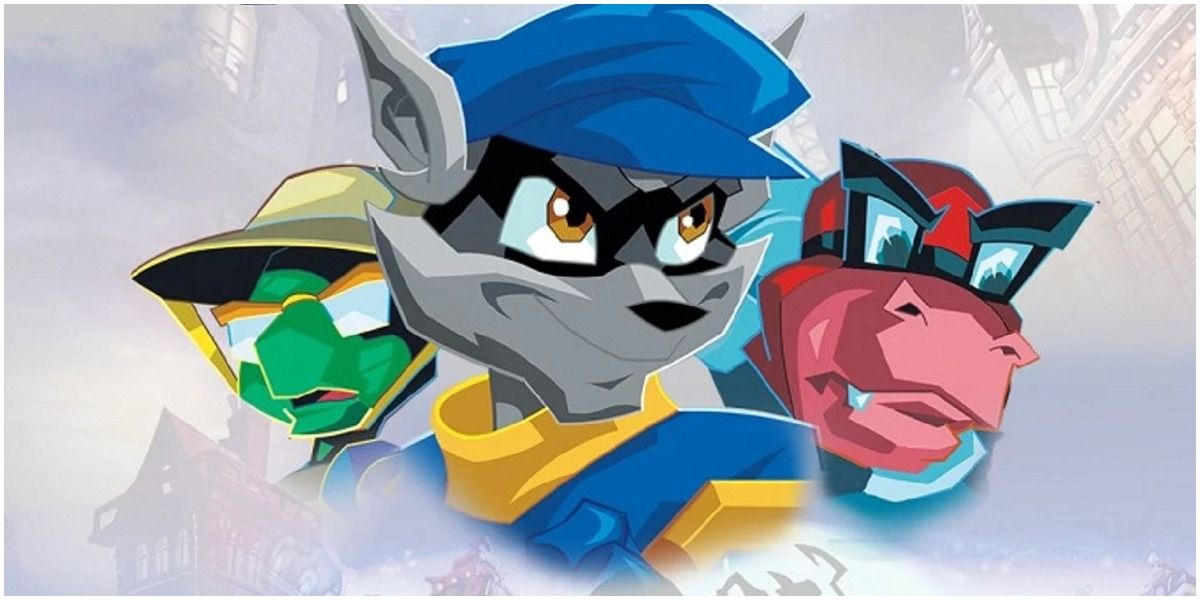 While Sucker Punch would later become known for their incredible open-world games like the Infamous series and the more recent Ghost of Tsushima, their first foray into the open-world genre was on the PS2 with the Sly Cooper series. Sly is a raccoon and a master thief who travels the world and steals from other thieves while trying to avoid confrontations with the law.

The first game featured a hub world with levels that had mini-games and mostly just asked you to reach the end. The other two games feature more open-world level design, and you complete several missions to prep for a big heist at the end of each chapter. You also get to play as more than just Sly.

Overall the Sly Cooper trilogy is one of the best on PS2, and one everyone should give a chance to. 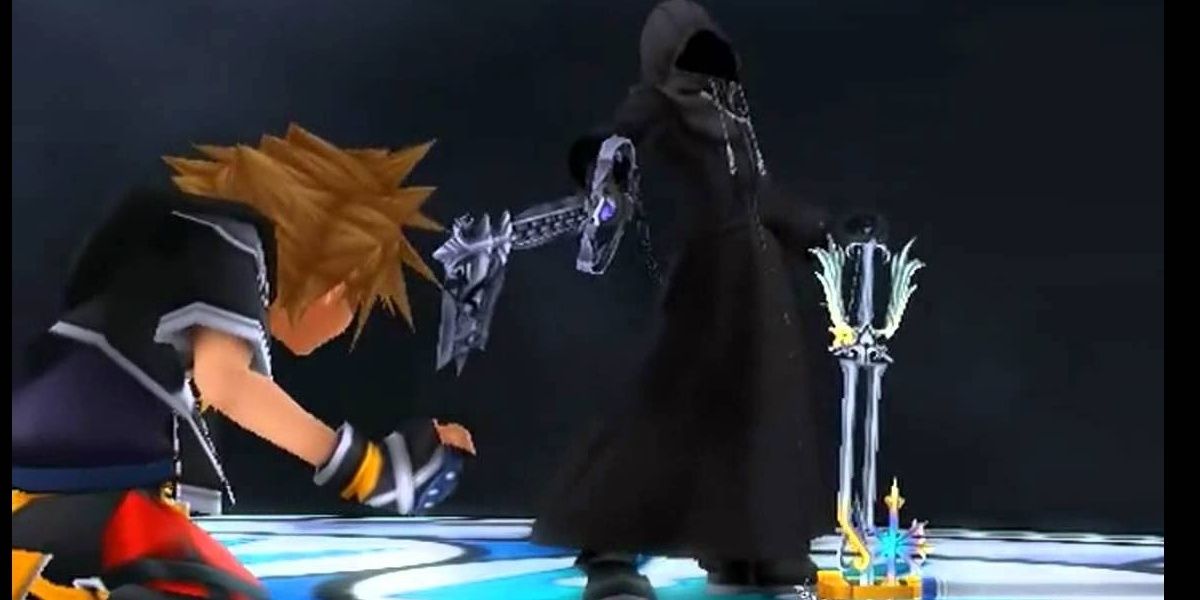 While not a standard trilogy by any means, the three Kingdom Hearts games on PS2 do have a chronological order to them. Re: Chain of Memories is a full PS2 remake of the GBA game and although many people initially believed it wasn’t plot relevant, it is a true sequel to the original game.

If you did skip the original Chain of Memories, you would be incredibly lost when starting up Kingdom Hearts 2. While the battle system was incredibly unique for any RPG, it was incredibly divisive and many disliked it. The battle system is a lot of fun if you’re willing to put the time into it though and the other two games are just fantastic action RPGs in general. With memorable and unique characters, exciting and fast-paced gameplay, and an enjoyable story (if you can handle some of the more cheesy lines) this series is going strong twenty years later for a good reason. 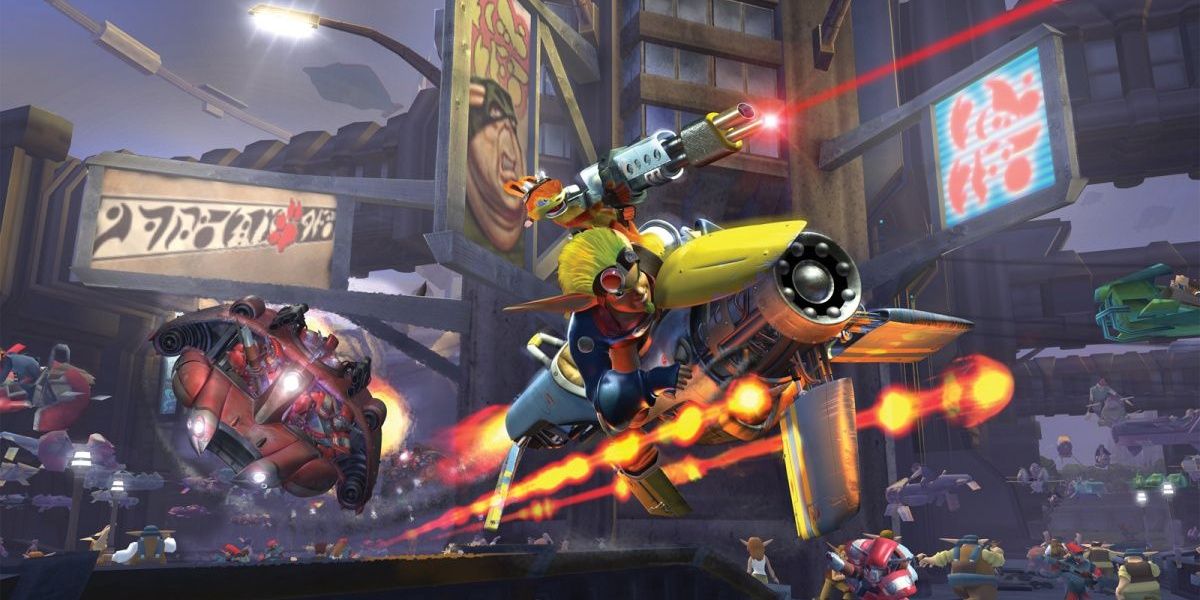 Before The Last of Us and Uncharted, Naughty Dog created the Jak and Daxter series. While they did create more than three games in the series for the PS2, the first three are a complete trilogy and story.

The story is unfortunately a little complex to reduce to a few sentences, especially with the sudden shift between the first two games. The first game plays like a standard PS2 collectathon, while games two and three play like the T-rated version of Grand Theft Auto. Ultimately the games are fun and the story is compelling, just don’t be too taken aback by the drastic tone, and you'll find plenty to enjoy. 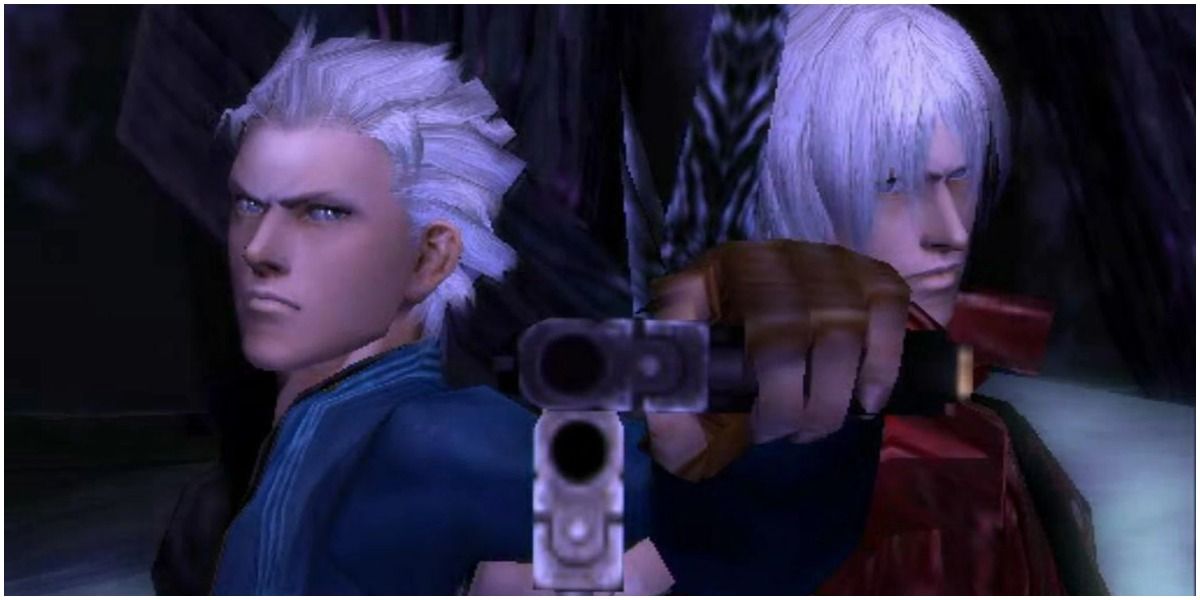 Devil May Cry is stylish, fast-paced, confident, and a perfect example of what was considered cool in the early 2000s. Easily one of the best hack and slash series to this day, the original Devil May Cry trilogy is a brutal and bloody series that will test your skill and patience.

While the solid gameplay means they could’ve easily let the story suffer, instead they made a truly enjoyable story from beginning to end, even if the timeline does jump a bit. Fortunately, it isn’t stuck on the PS2 anymore as numerous remasters have come out in recent years on a plethora of systems, meaning it’s easy to experience this time capsule of a game series without spending too much. 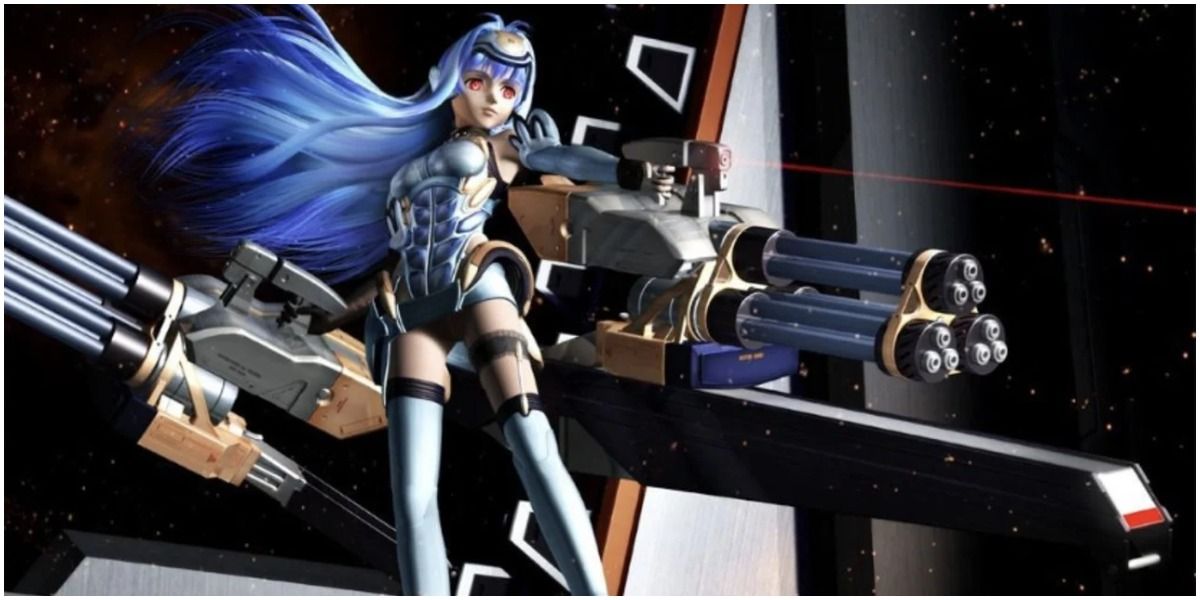 Part of the same “Xeno” series as Xenoblade Chronicles and Xenogears, Xenosaga is equal parts JRPG and space opera. It would be impossible to do this game’s plot justice in a summary and would rob you of the enjoyment, but the trilogy is incredible from start to finish.

Unfortunately this series was rare when it originally released and is only steadily rising in price. With no word of a remaster in sight, if you have the chance to play these games, you should take it immediately, and you’ll be treated to a JRPG that is unlike any other. Xenoblade Chronicles 2 would actually have cameo appearances from KOS-MOS and T-elos, two incredibly important characters to the plot of Xenosaga, as Blades as a fun callback to Monolith's roots.