As the latest entry in the incredibly stylish, over-the-top Bayonetta series, Bayonetta 3 gives you more than enough opportunities to pull off crazy stunts and look cool doing it. The game has options that allow you to get by with button mashing or simple combos. For experienced players, though, there's plenty of room to express your skill.

In typical Platinum Games fashion, Bayonetta 3 is chock-full of secrets, hidden abilities, and techniques that you'll never learn unless you experiment. If you want to play Bayonetta like a pro, you should keep the tips and tricks from this list in mind. 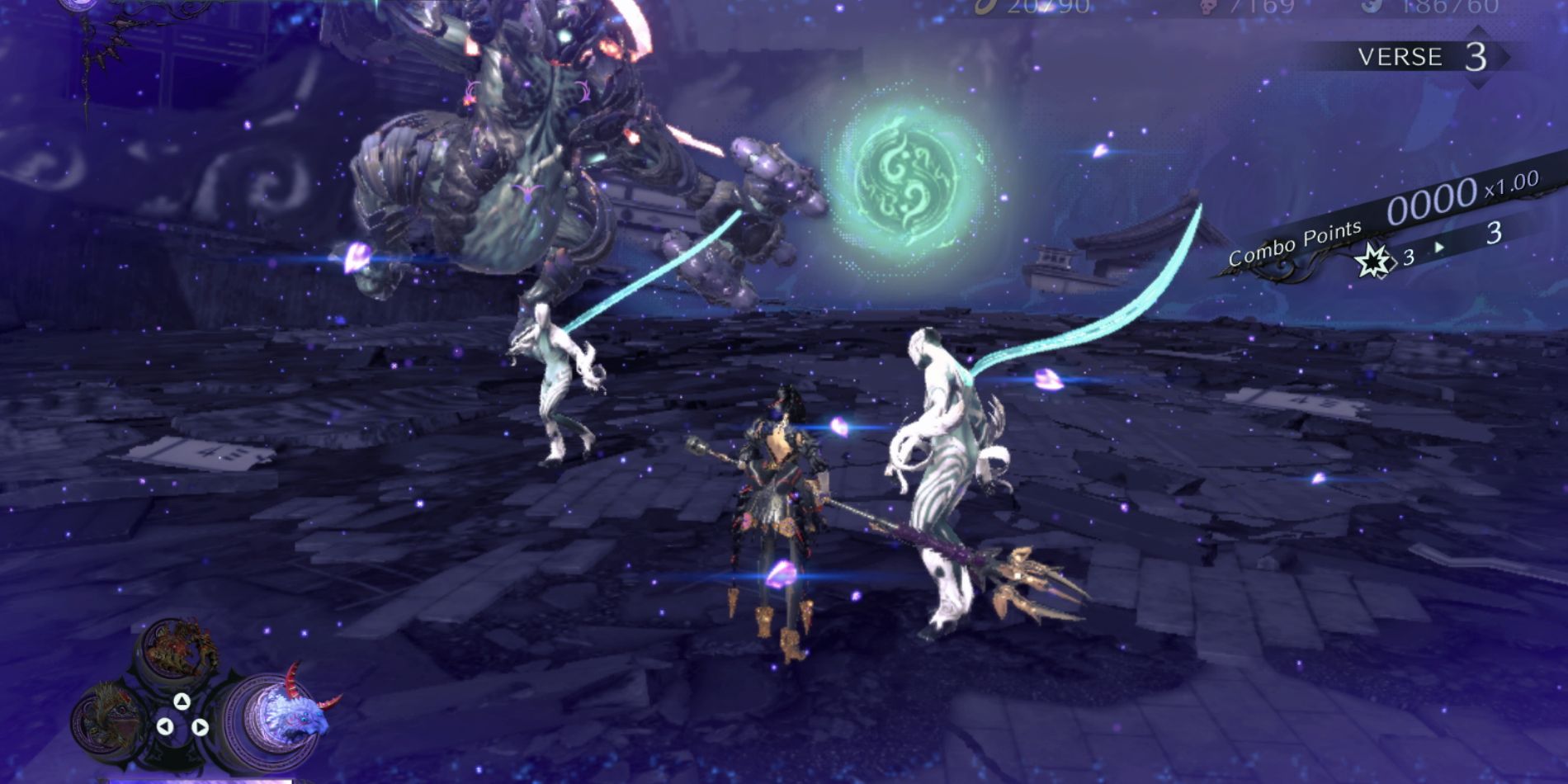 Bayonetta 3 carries something forward from many other Platinum Games titles — nearly everything can be canceled by dodging. Whether that be attacking with your various weapons, summoning a Demon Slave, jumping, and so on, you can almost certainly cancel it with a dodge. The only exceptions generally make you invincible anyway, such as the torture attacks that trap you in a cutscene.

Once you realize that you can cancel pretty much anything with a dodge, your options open up massively. You're not trapped in slow, unwieldy moves, and in fact, knowing you can dodge out of them will empower you to use them much more. You can also cancel one combo into another if you want to end one prematurely for whatever reason. Use your dodge as much as you wish. 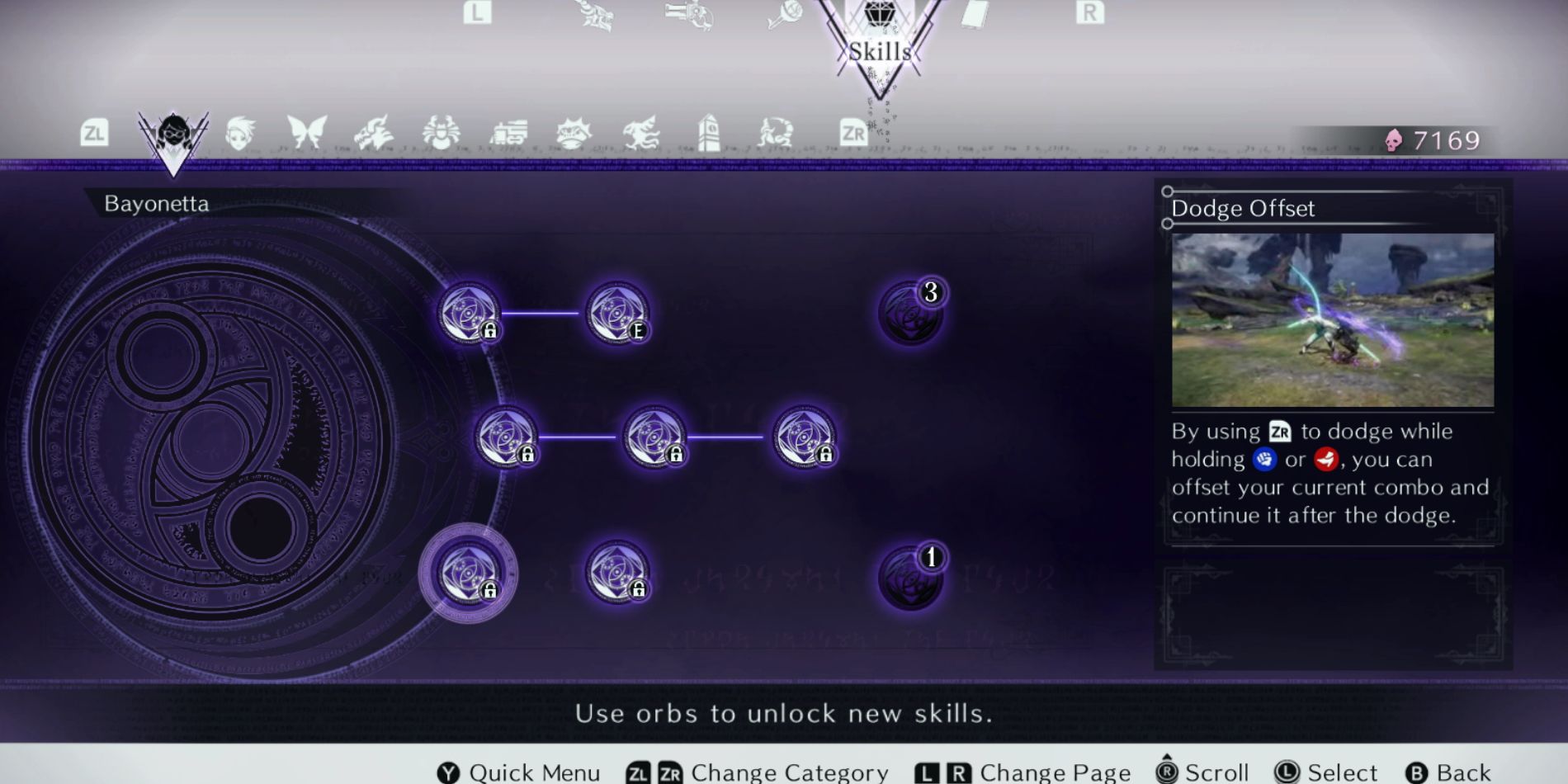 The options you have with your dodge don't stop at cancelling, though this one is more advanced. Normally, when dodging out of a combo, you'll be reset to the beginning of that combo. However, dodge offsetting allows you to continue your combo from where you left off after dodging. By using it, you can access your powerful finishers without worry.

To dodge offset, you must hold the last attack button you used in your combo while dodging. Press an attack button after your dodge completes to continue the combo. It's tricky to get down, but practice it enough, and it will practically become muscle memory. If you played the previous Bayonetta games, you might recognize this technique, but newcomers should focus on getting it down. 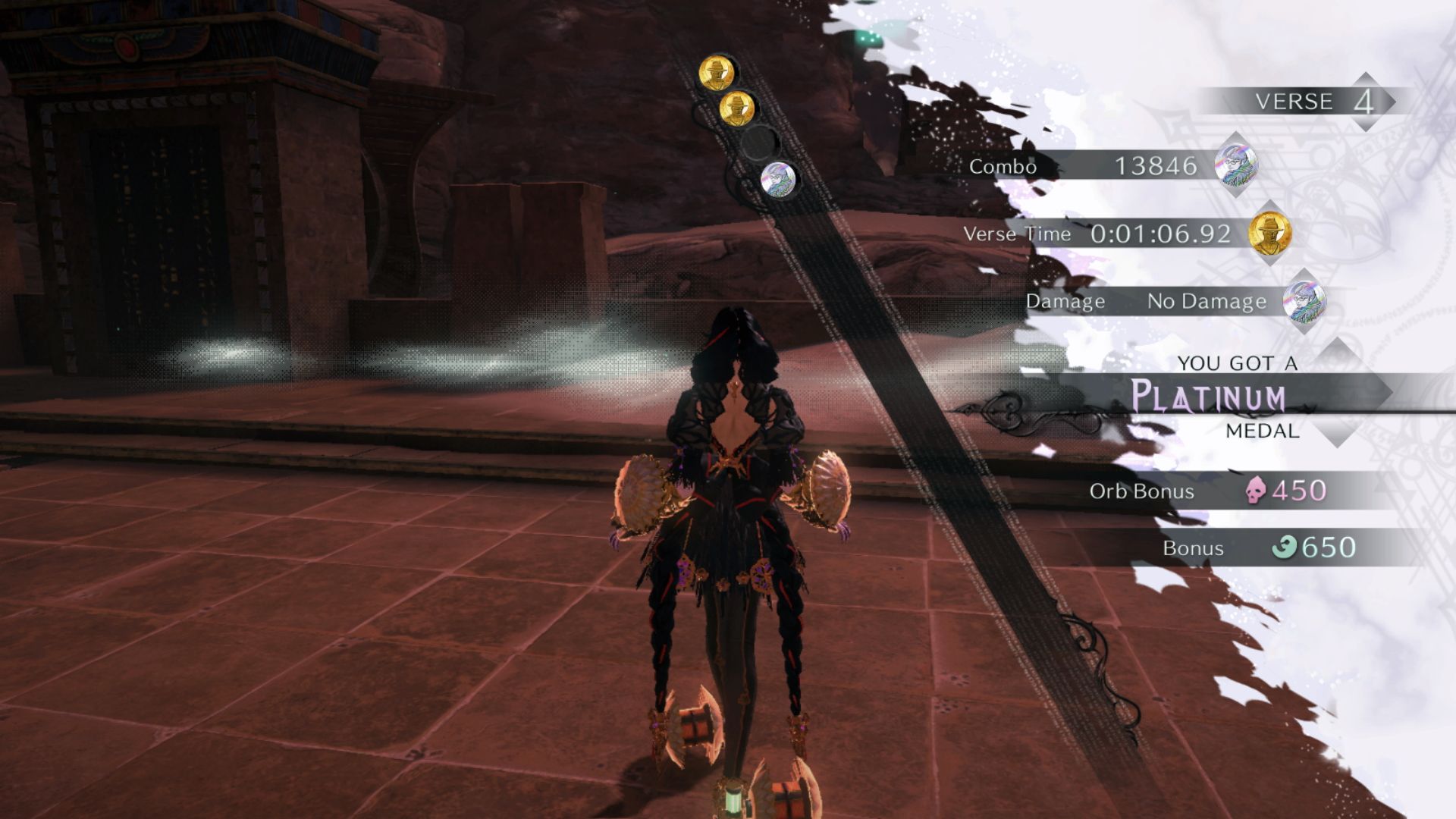 After every ranked fight in Bayonetta 3, you're given three medals that rank you based on time, damage taken, and your combo score. Of the three, combo is by far the most esoteric, and learning how to improve it can be tricky. If you're shooting for those Pure Platinum medals, you should learn how to get a good combo score.

On the right side of the screen, you can see your current combo multiplier. Your multiplier rises as you land attacks, but will go away if you go too long without landing one. Counterintuitively, it's a good idea to keep enemies alive for as long as possible. Hit them with weak attacks to increase your multiplier, instead of strong ones that will kill them too fast. You'll also gain bonus combo score for landing attacks in Witch Time. 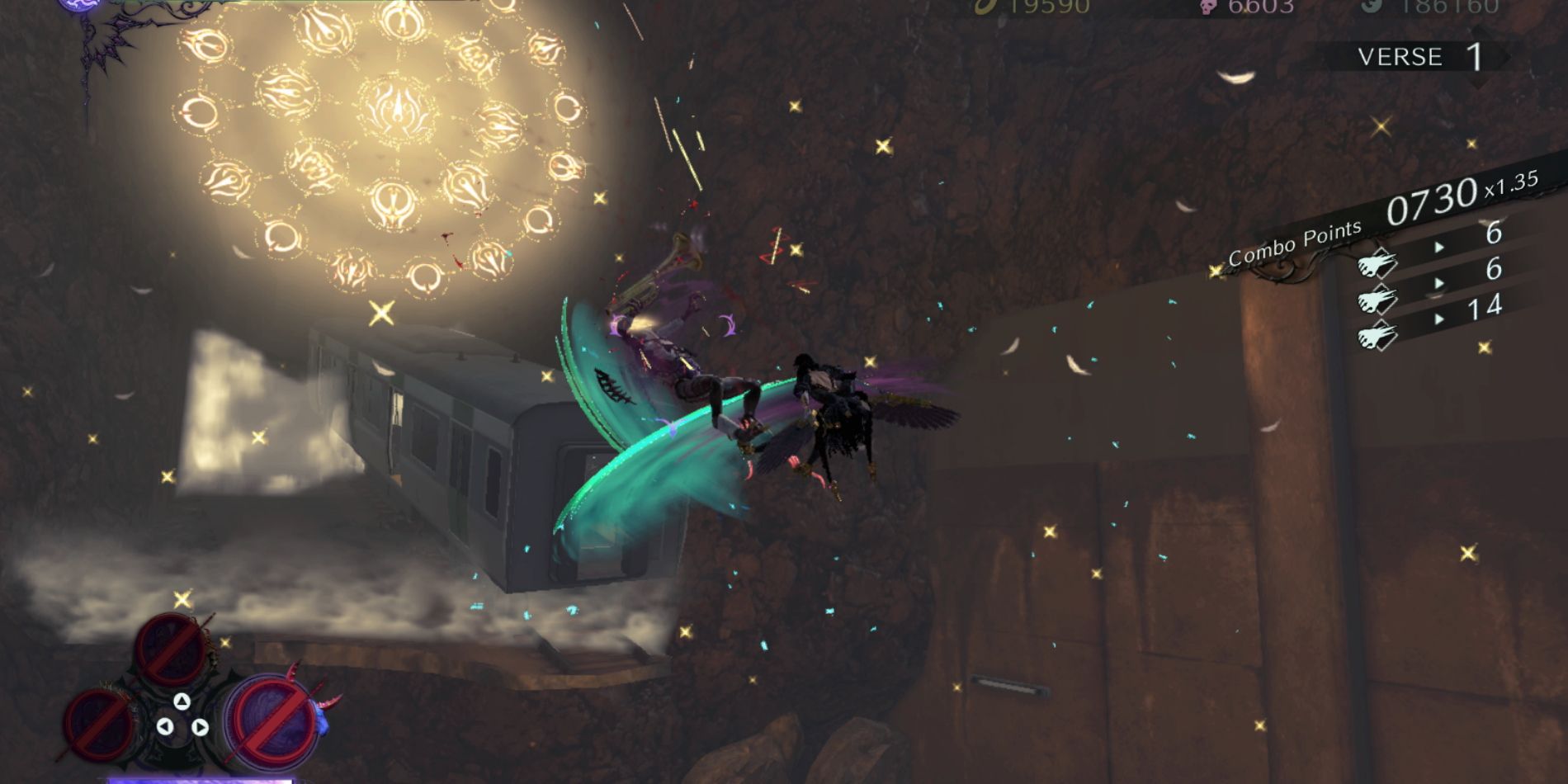 Improving your combo score is one thing, but learning how to better keep enemies in combos is another. Like many stylish action games, one of the best ways to keep enemies locked in combos is to juggle them. Launch them into the air, and keep them there for as long as possible. Both Bayonetta and Viola have launcher moves they can use to start you off.

Afterwards, juggling enemies is a matter of using attacks that will keep them in the air. Generally, you can buy moves for weapons that let you extend your air combos by pressing an attack immediately after jumping. These are essential to keeping enemies locked in juggle combos, and should be your first purchases when you get a new weapon. 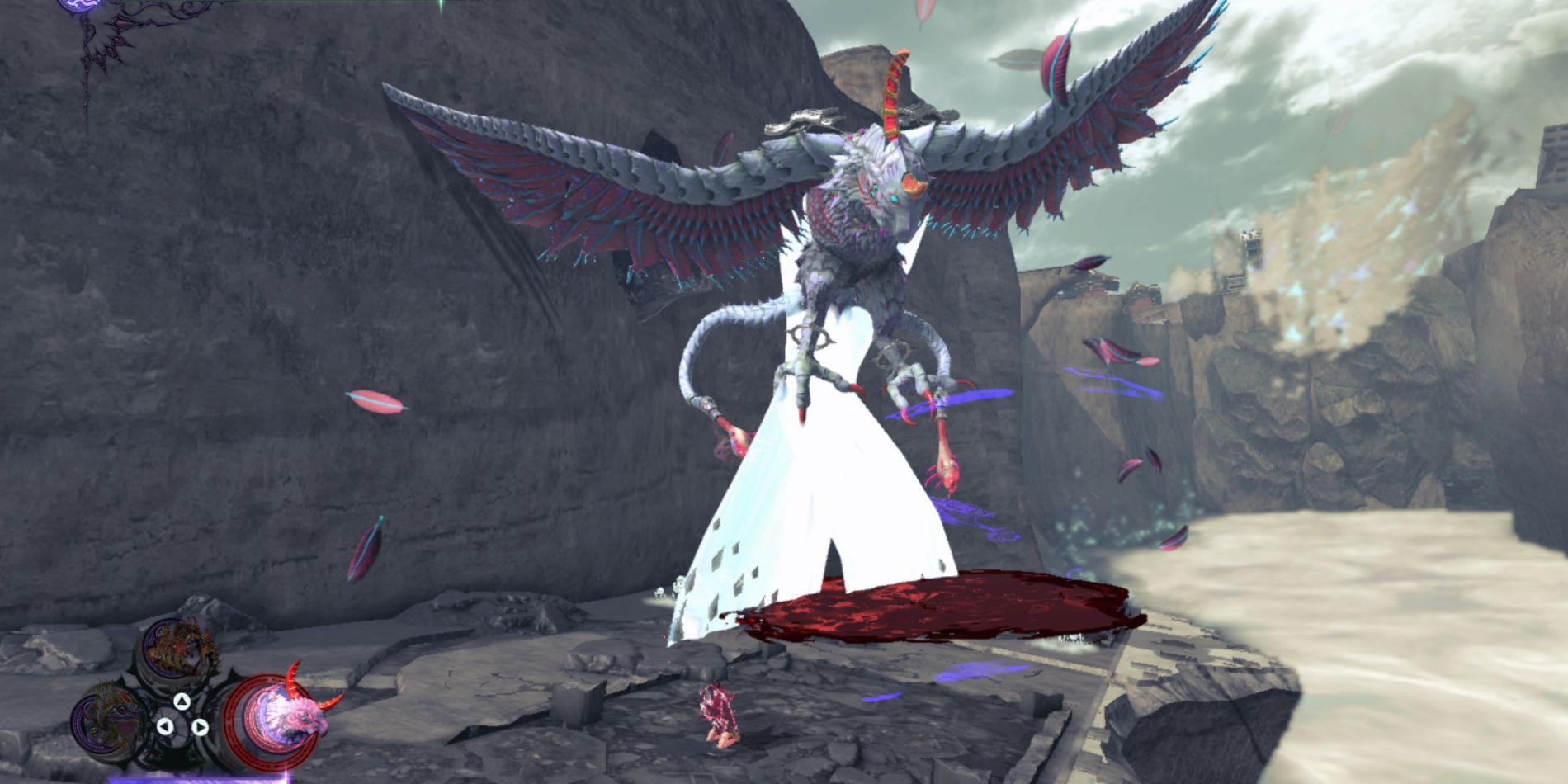 Instead of the standard Witch Time dodge mechanic that Bayonetta has, Viola instead has access to a parry performed with the right shoulder button. However, Bayonetta also has access to a trickier, but more powerful parry variant. By pressing the Demon Slave button just as an attack is about to hit you, you'll dodge the damage and perform a powerful reprisal.

Like Bayonetta's Bat Within, this is a tricky, risky, but incredibly powerful technique. While the game explains this mechanic to you early on, actually getting to use it is another story. It's not nearly as generous or intuitive as Bayonetta's Witch Time, so getting the timing down enough to do it consistently will be very challenging. Of course, learning to do it can also drastically speed up your fights. 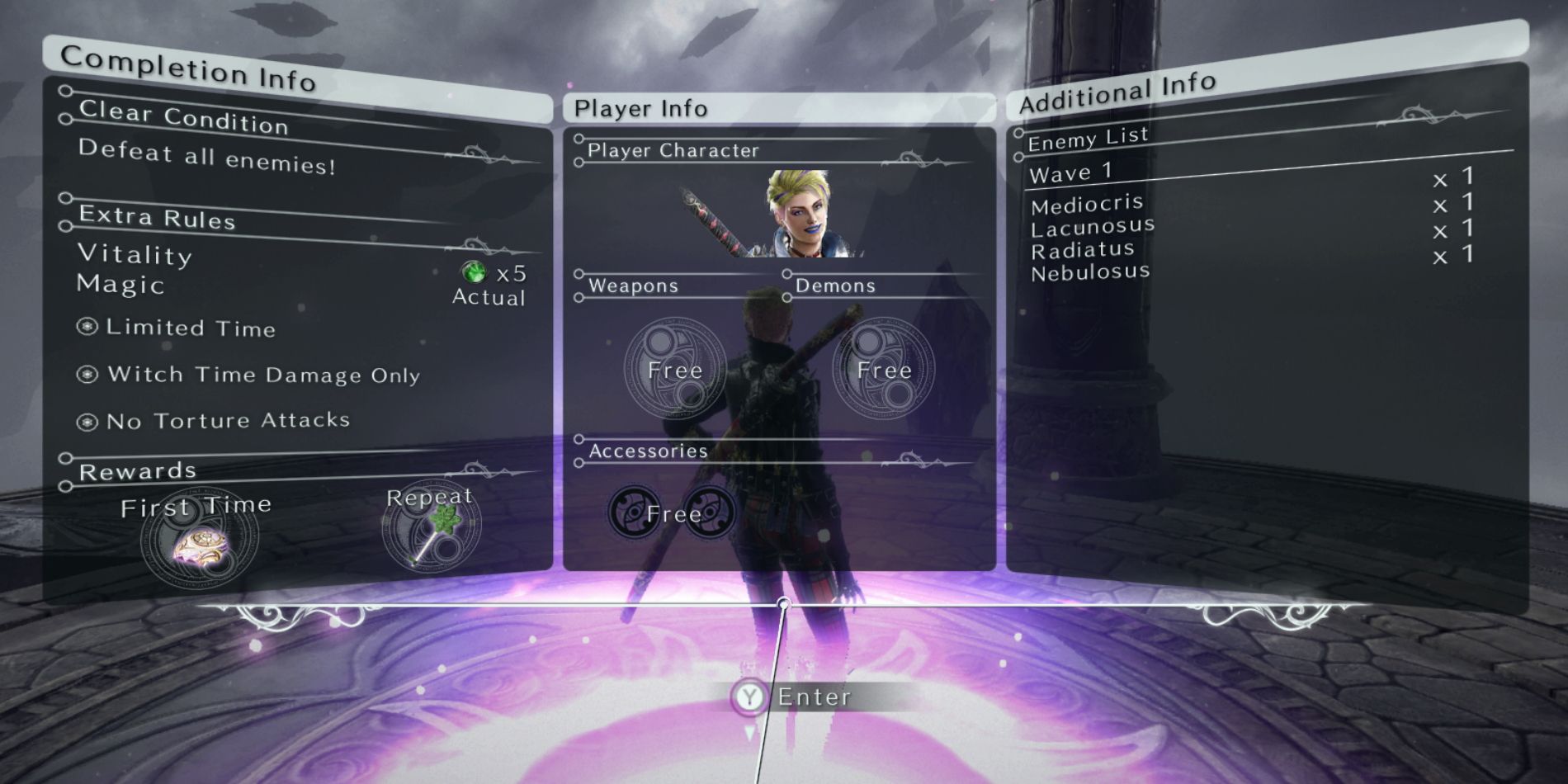 When finishing a chapter in Bayonetta 3, you may notice a number of empty spots for Verses you didn't complete. Hidden fights are everywhere in Platinum Games's library, and this one is no exception. The game is at least kind enough to tell you how many Verses you've missed, so you may have the opportunity to backtrack and try to find them.

Generally, hidden Verses take two forms. Some are found around the level, requiring you to either backtrack or search for hidden nooks and crannies. Others are located in an alternate dimension, which usually imposes restrictions on you. These can range from only being able to do damage while in Witch Time to only being allowed to take a certain number of hits. You'll need your wits and your skills to find and conquer these challenges.