Elden Ring is home to some of the most challenging bosses in the series but also has a handful of surprisingly easy ones that made us scratch our heads whenever we steamrolled through them. This isn't to say that the encounters themselves were necessarily bad or uninteresting, but they certainly lacked the technical difficulty you'd expect in a FromSoftware title.

Whether it was slogging through a grueling area only to beat the boss in the first attempt or two or just stumbled upon a random boss that looked much more formidable than they actually were, there are many examples of boss encounters that felt like they were holding punches and undershot their potential. 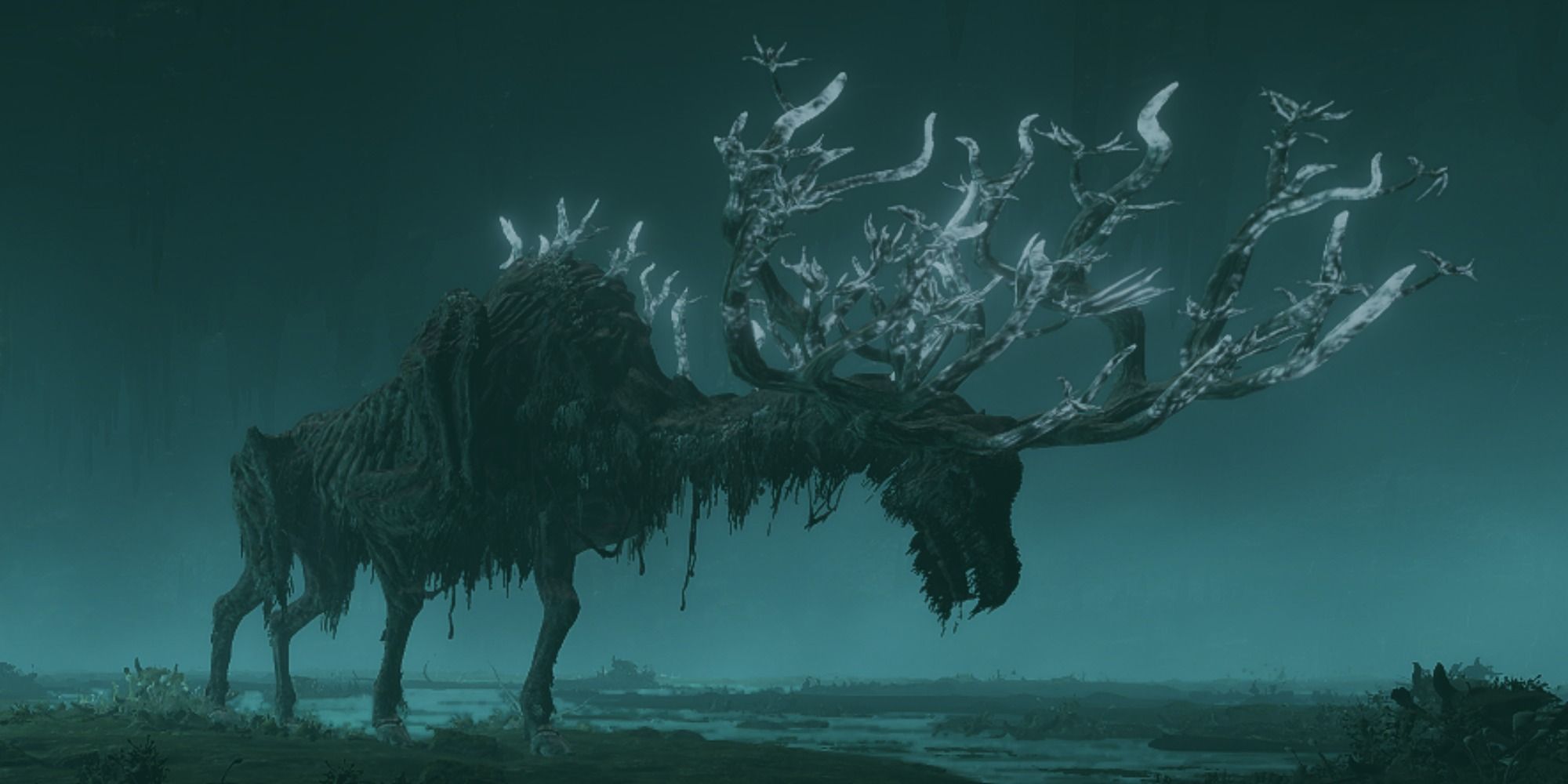 Aside from fighting back the tears in your eyes from the beautiful song that plays throughout the encounter, the Regal Ancestor Spirit won't push you to your breaking point. This typically wouldn't be a terrible thing, but the hoops you have to jump through to reach this boss are far more challenging than the actual battle itself, which is always a letdown. 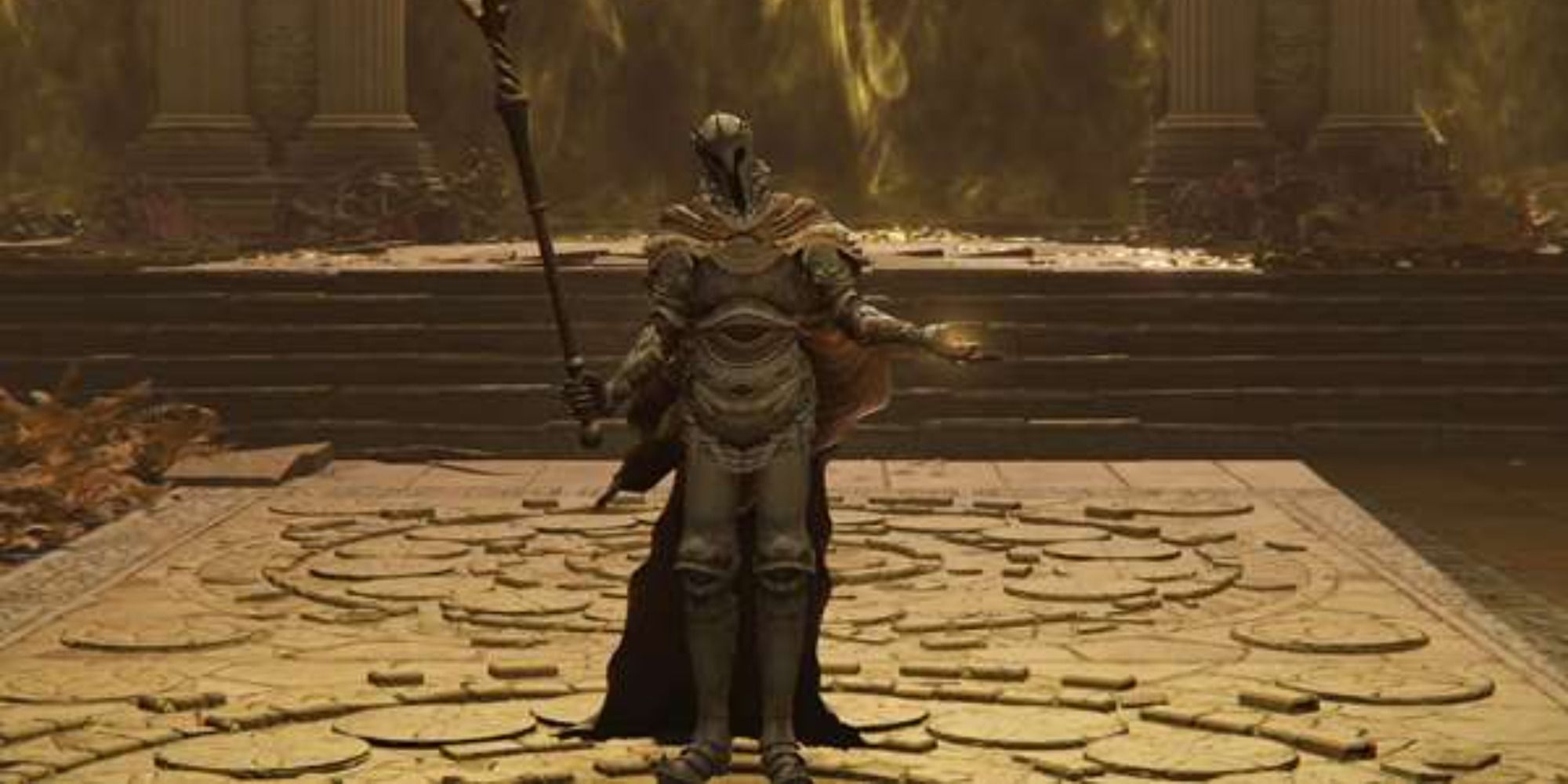 You've been through a lot of really grueling challenges by the time you face off against Sir Gideon Ofnir, the All-Knowing, and this encounter may very well be the easiest mandatory boss battle in the game. Being able to kill him instantly with Inescapable Frenzy during his villainous monologue is a mixed bag of hilarious, awesome, and sad.

Sir Gideon Ofnir, the All-Knowing, is essentially Elden Ring's Pinwheel from the original Dark Souls, and you will only hear him get brought up by embarrassed confessions of those who fell to him. However, in his defense, he never prided himself on being the strongest or most skilled, but his effort here isn't great if we're honest. 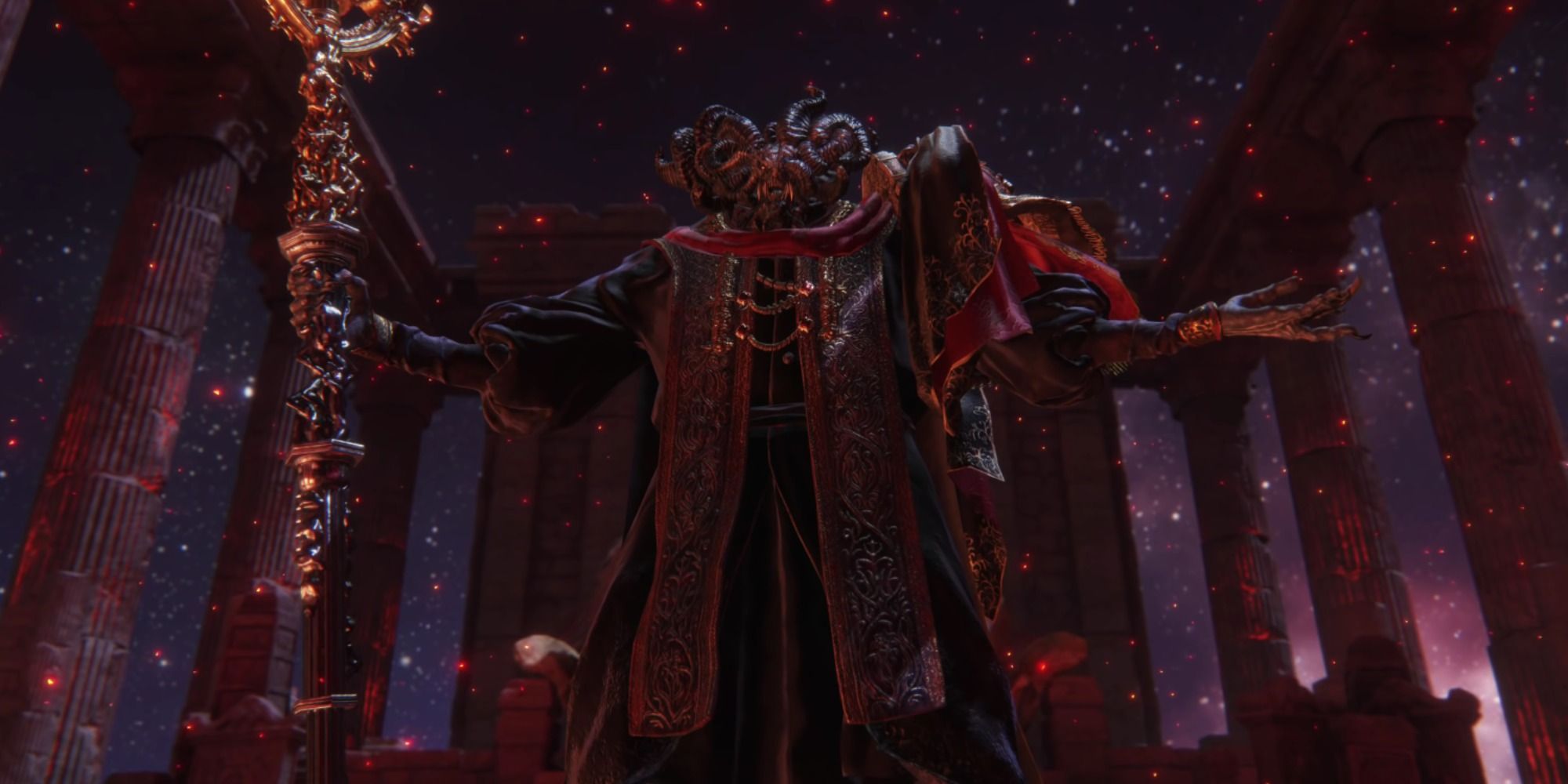 Mohg, Lord of Blood, had the potential to be one of the most brutal encounters in the game but seemingly throws it all away with gimmicks and a sad tale. While Mohg isn't the easiest boss battle in the game, his backstory and the chaos you have to go through to reach him ultimately make the fight pale in comparison. 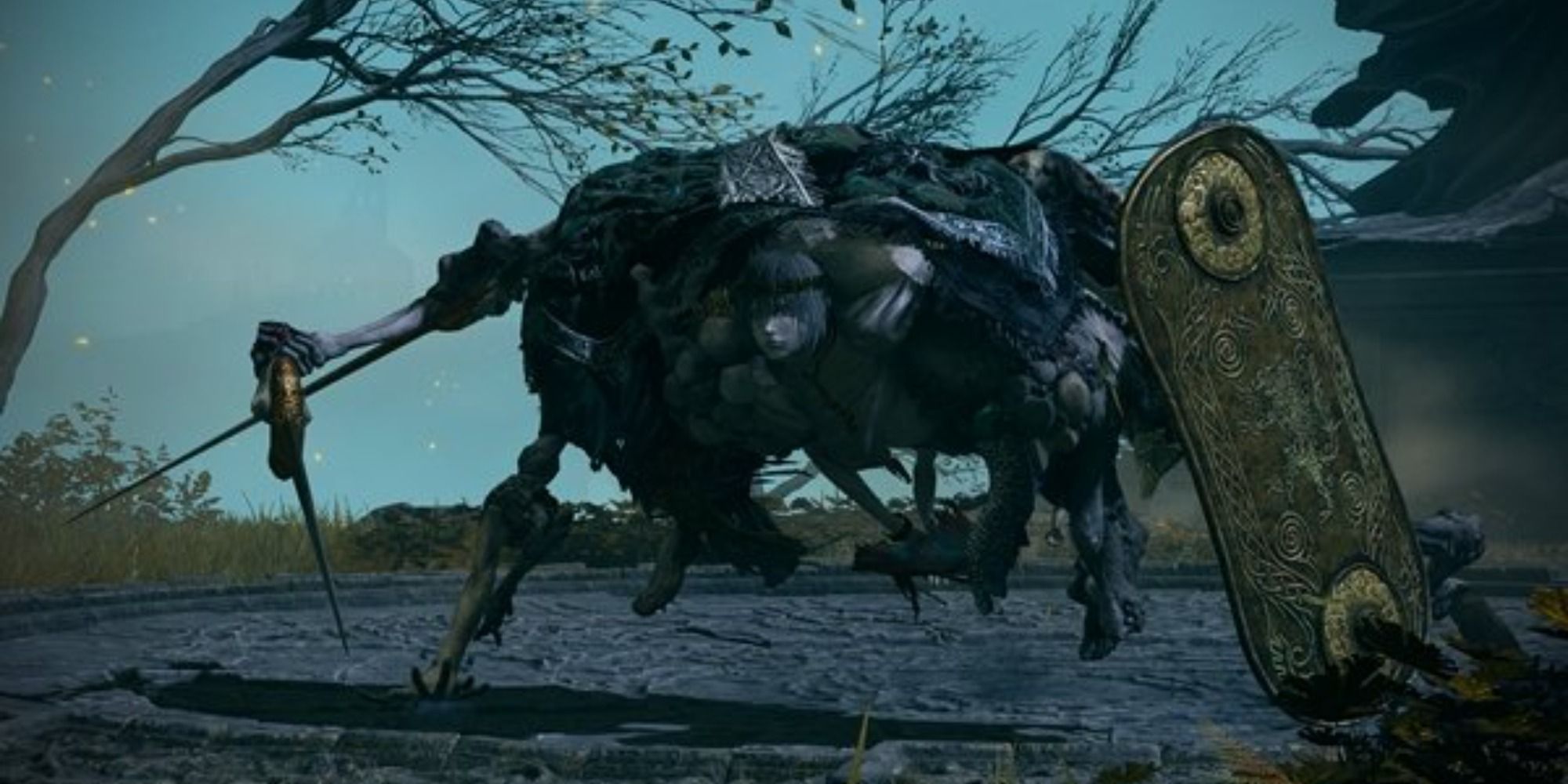 The Grafted Scion is the game's first boss encounter and will most likely mess everyone up as it's supposed to be a near-impossible hurdle to overcome, posing as a scripted death. First meeting aside, the Grafted Scion is actually a pushover and will fold almost immediately whenever you meet the second time.

When meeting the Grafted Scion for the second time by accessing the Chaple of Anticipation via the Waygate at The Four Belfry's, you might be hyping yourself up for the rematch. At this point, it's been dozens, if not hundreds of hours since the first encounter, and before you head into the arena, you will be running the first fight through your head, thinking of the perfect strategy to carry out your revenge an- oh, he's already dead. Good job, Tarnished! 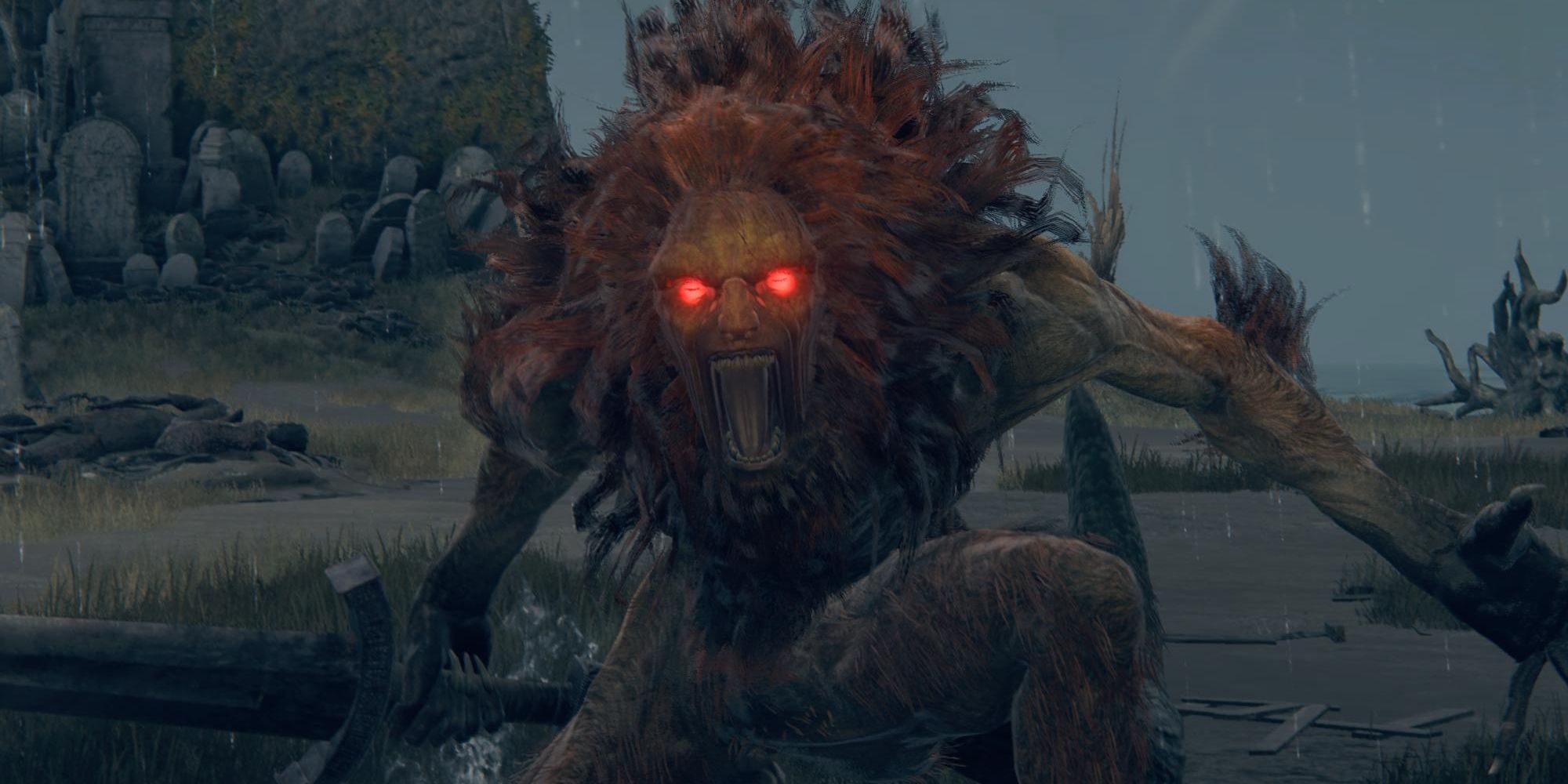 One of the first optional bosses players will likely stumble upon in Elden Ring is Leonine Misbegotten, found in Castle Morne in the Weeping Peninsula. Working your way through Castle Morne isn't an easy task, especially if you do it early in your journey, which makes you assume the area's boss will be just as challenging.

Unfortunately, that couldn't be further from the truth, and Leonine Misbegotten poses hardly any threat outside of its speed. Perhaps we expected too much from an early-stage boss, but even then, we feel there are much more complex, and demanding bosses found early on that bring Leonine down quite significantly in comparison. 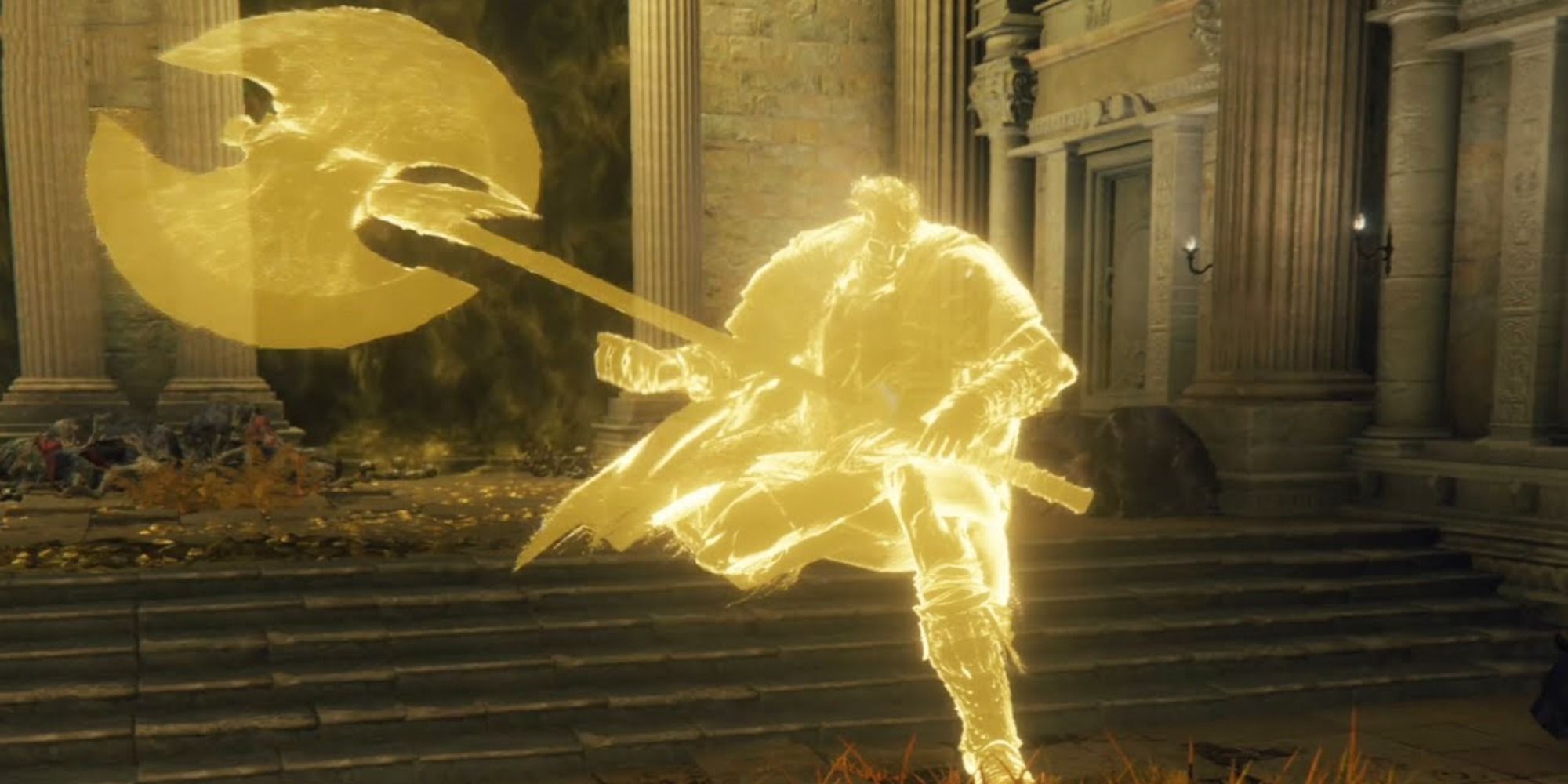 The physical form of Godfrey is one of the more complex encounters in the game, but his spectral Golden Shade version couldn't be further from that fact. What makes matters worse is you have to make your way through one of Elden Ring's most unforgiving areas in Leyndell, Royal Capital, to reach this projection of the First Elden Lord.

While this is only a spectral projection of Godfrey, we still expected more of a challenge, but he only possesses a handful of attacks and isn't as daunting as you'd think, especially at this stage of the game. As alluded to earlier, the good news is that the actual battle against Godfrey is the polar opposite of this and easily one of the best boss battles in the Elden Ring. 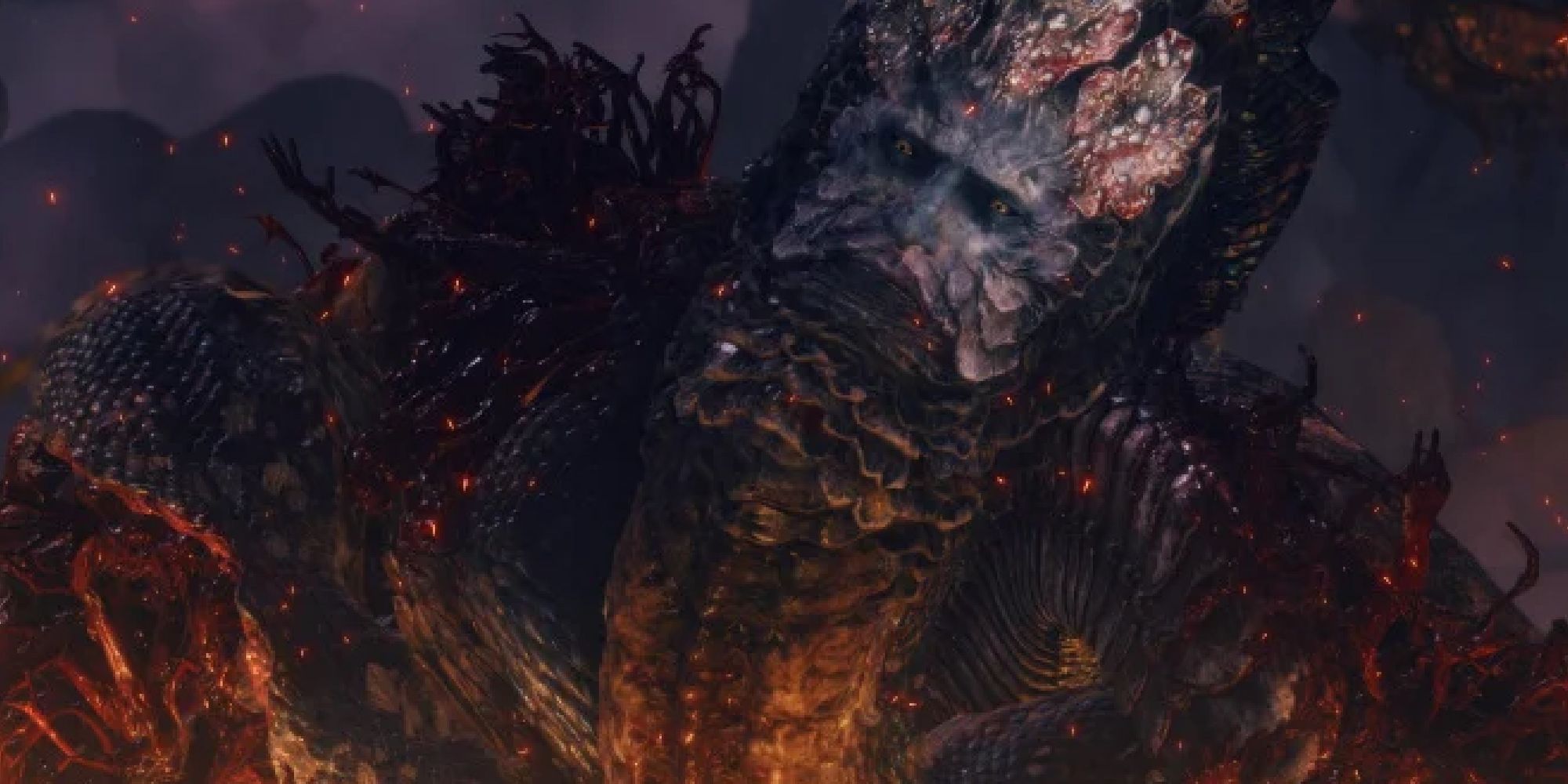 Depending on who you ask, Rykard, Lord of Blasphemy, is either one of the easiest encounters in Elden Ring or is an impossible and unfair nightmare to deal with. And while he is undoubtedly a nightmare, this encounter can be trivialized entirely if you use the Serpent-Hunter great spear found within the boss arena.

Grabbing the Serpent-Hunter, dying, and then leveling it up before you head in for subsequent rounds will have you emerge victorious within minutes. However, if you decide not to use the weapon meant for the encounter, this encounter will probably be the hardest for you as he possesses some nasty tricks up his sleeve. Still, much like the Storm King boss fight in Demon's Souls or Yhorm, the Giant in Dark Souls 3, the weapon is there for a reason and makes the battle one of the easiest in the game.