Teenage Mutant Ninja Turtles: Shredder's Revenge is a game that wears its classic brawler inspirations on its sleeve, through its gorgeous pixel art presentation and simple yet slick beat 'em up gameplay. In fact, it could probably pass as one of the classics if it wasn't for the various quality-of-life improvements that help it play smoother than its predecessors.

And while it is possible to get through most of it by button mashing and few tactics, those players that prefer a little more skill and nuance will be pleased to know that the game also makes room for a more refined playstyle. So, whether you are a beat 'em up veteran that has played most of the classics, or this is your first tango with the Turtles, here are a few pro-level tips and tricks that would help you master the game in no time.

7 Level Up Faster By Completing Side Quests 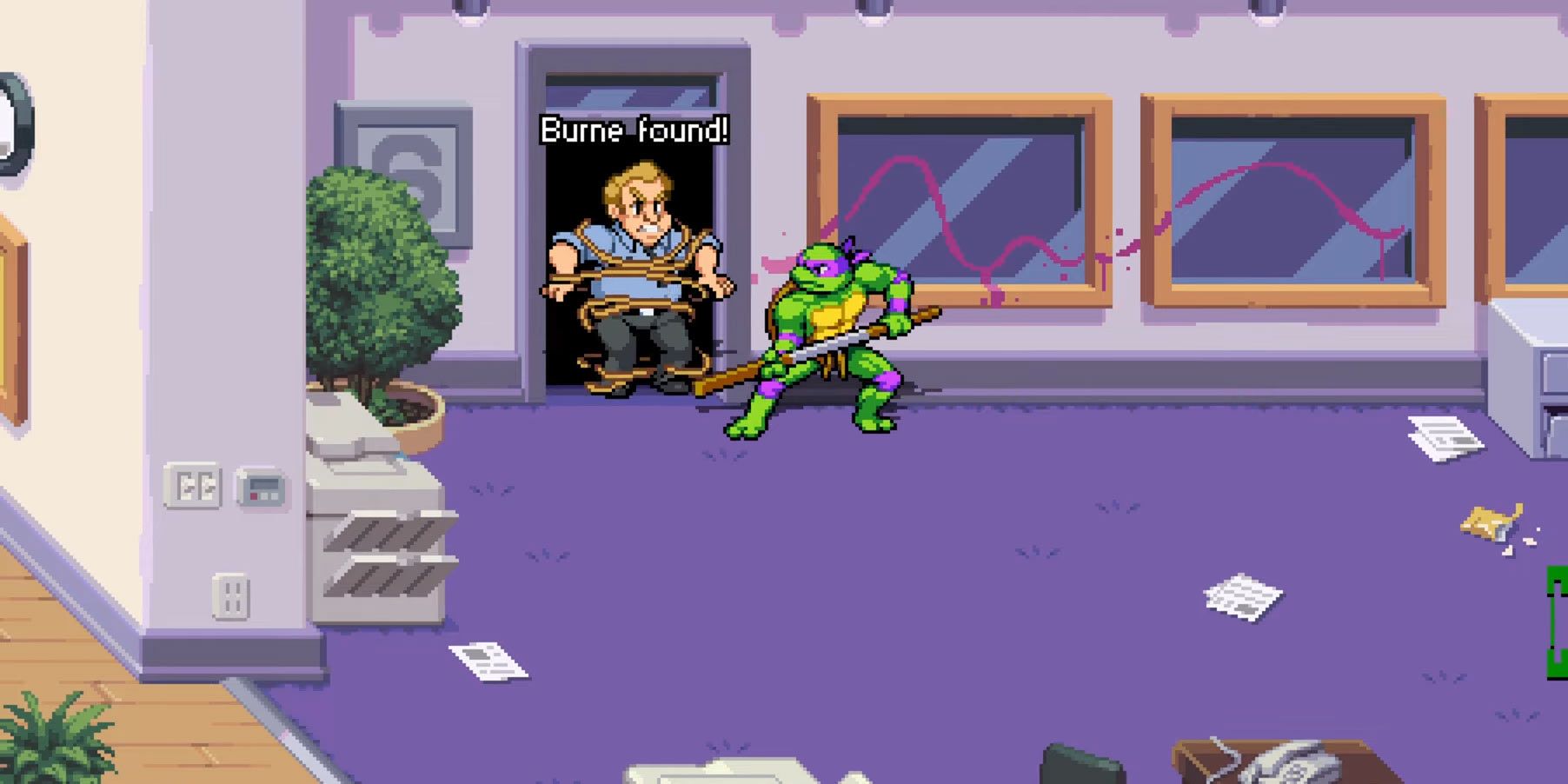 The story mode in Teenage Mutant Ninja Turtles: Shredder's Revenge introduces a leveling system wherein you earn points as you play, which in turn unlock new moves and better stats for your character. The system is fairly simplified, so chances are most players might not even pay any attention to it during their playthrough. But for those hoping to attain elite status, you'll discover that one of the quickest ways to level up your chosen character is by completing side quests.

Throughout your adventure, you'll encounter certain characters from the TMNT cartoon and comics, asking you to help them find a set number of collectibles scattered around the various levels. The game itself doesn't emphasize just how important these fetch quests are, but doing them would reward you with additional points that will be used to level up your character. This can be instrumental in helping you level up all your characters, especially after an initial playthrough. Just remember to go claim your points once you've successfully completed each side quest.

6 Challenge Yourself To Make The Most Of Each Level 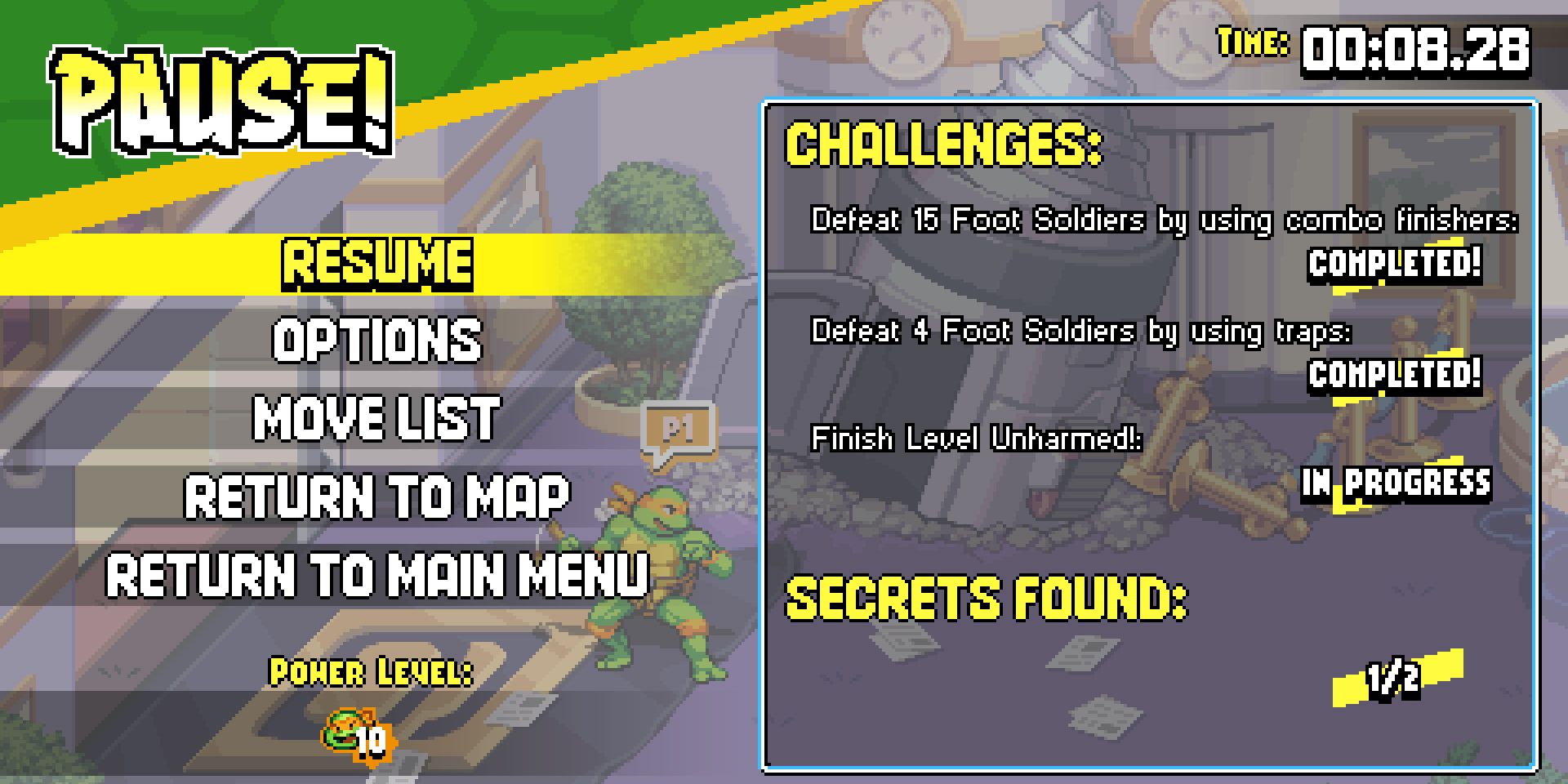 Each stage of Teenage Mutant Ninja Turtles: Shredder's Revenge's story mode presents players with a set of three challenges. These can be thought of as trophies that require you to satisfy a specified condition in order to earn them, and range from defeating a set number of enemies in a specified way to completing the level without using certain moves.

While casual players might not want to get too bothered with tackling each challenge, completionists would definitely want to spend some time chasing after them. Each challenge rewards the player with experience points, which will be needed to max out all your characters.

It is worth noting that most challenges are best tackled while playing solo, simply because it becomes harder to keep track of certain challenge conditions with multiple players running around the screen. 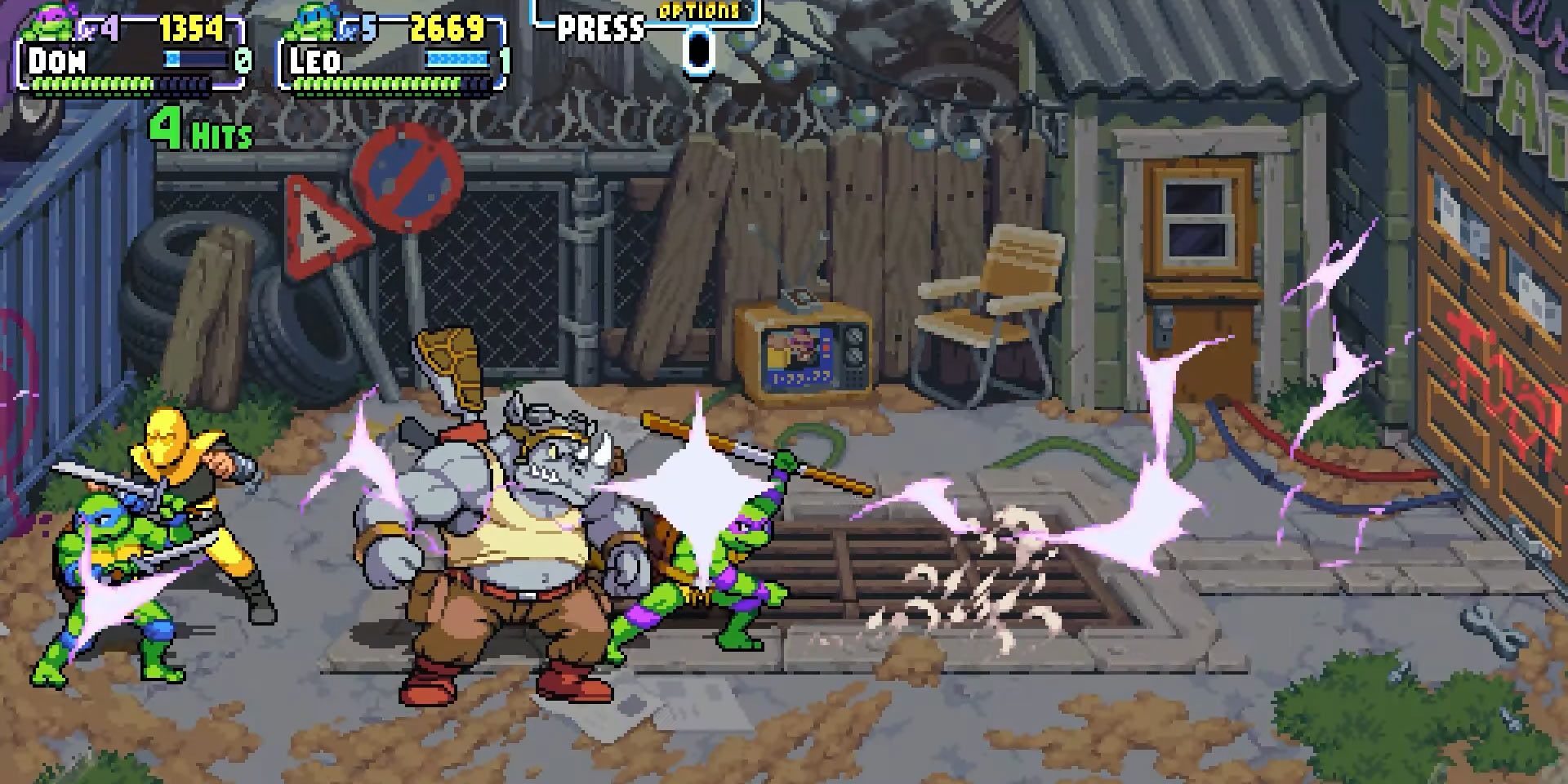 Shredder's Revenge allows up to six players to team up through couch co-op or online multiplayer, which is arguably the best way to enjoy the game and the inherent chaos of having that many characters on the screen at once. But regardless of how many people you manage to get in your party, you can work together with them to chain together moves and combos that pretty much ensure the Foot Clan doesn't stand a chance.

These moves include the Sandwich Attack, where two players hit an enemy from both sides; Tubular Spin, where one player is launched into the enemy by another's dive kick; and the Homerun Swing, where a player strikes an enemy that was launched into the air by another player. Each move and combo will prove especially useful in clearing out hordes of enemies at once, so knowing when to use them will help put you and your friends ahead of the curve.

4 Dispatch Enemies Instantly By Tossing Them Toward The Screen 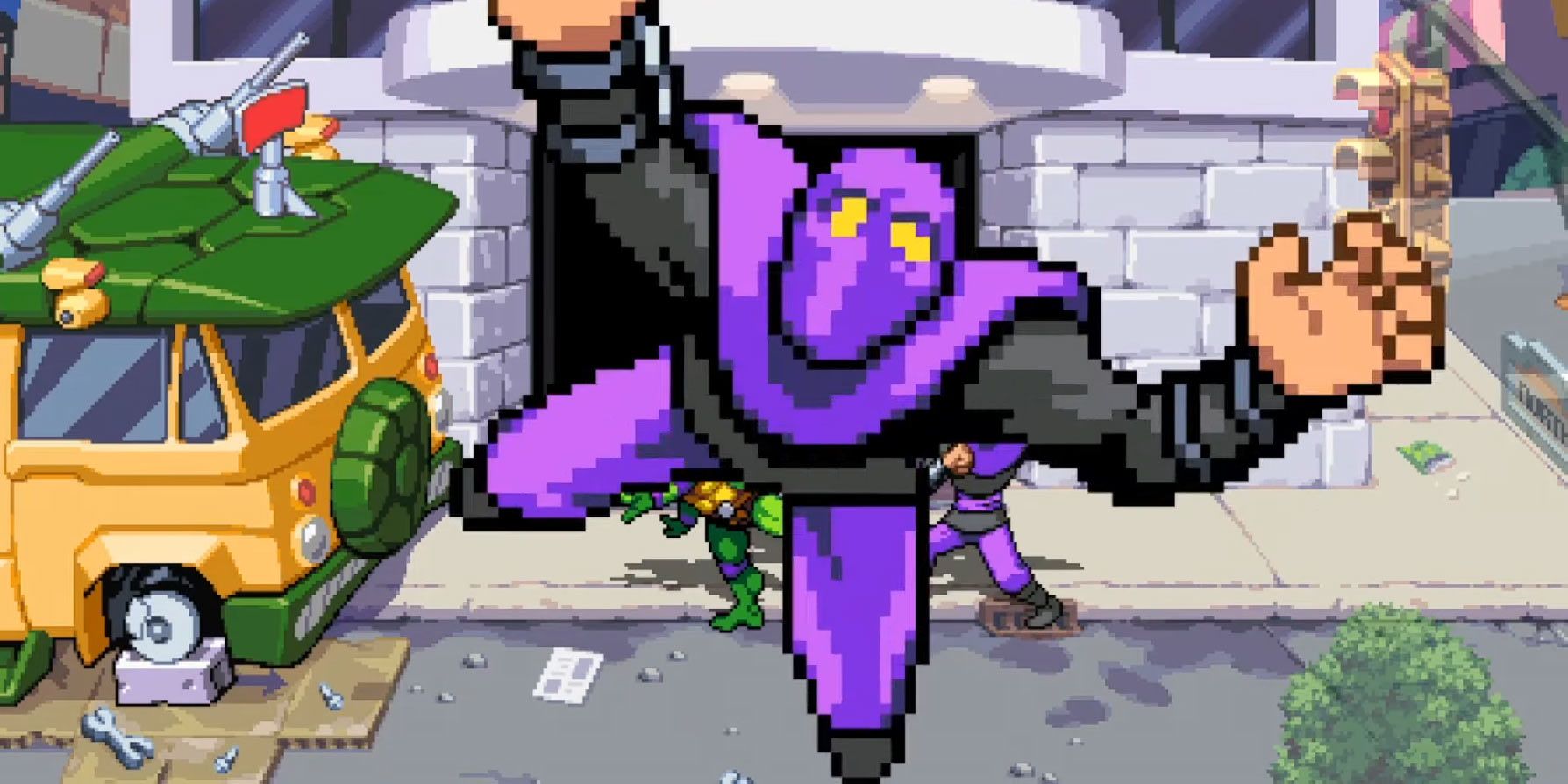 Shredder's Revenge takes a page from Turtles In Time's playbook by letting you grab and throw enemies in several directions. Most notably, you can even hurl them toward the screen and watch as their pixelated forms vanish from view. While this might seem like nothing more than a fun throwback, the move actually has a role to play in a pro player's arsenal.

For starters, it eliminates the need for having to drain an enemy's health bar before defeating them. It can also prove very useful in situations where crowd control is a concern since you can toss enemies away before they get a chance to gang up on you. A certain boss fight even relies heavily on this specific technique, so the sooner you get used to using, it the better. 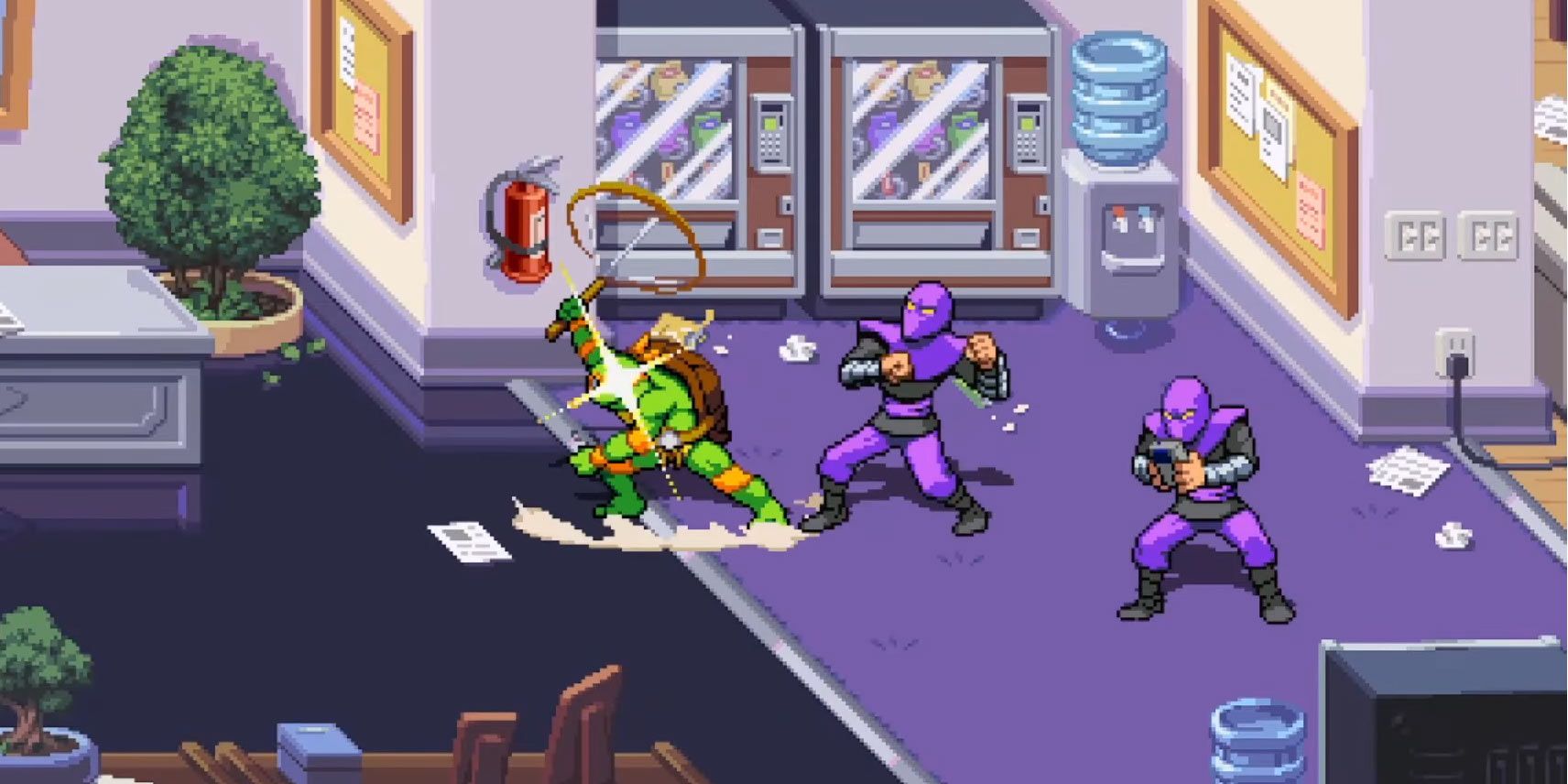 There are several achievements in Shredder's Revenge that are tied to completing a level without taking any damage. At first, these might seem almost impossible given the sheer number of enemies and environmental hazards that litter those stages. But once you master how to execute a perfectly-timed uppercut or special attack, then you'll be surprised by just how useful both moves can prove in avoiding enemy damage.

This is because they both incorporate invincibility frames, which are animations that, while playing out, render your character completely impervious to taking any damage. They typically only last no more than a few seconds, but knowing when to execute one in the midst of a horde of enemies can make all the difference in that no-damage run you're going for.

2 Use Dash Attacks To Hone In On Enemies 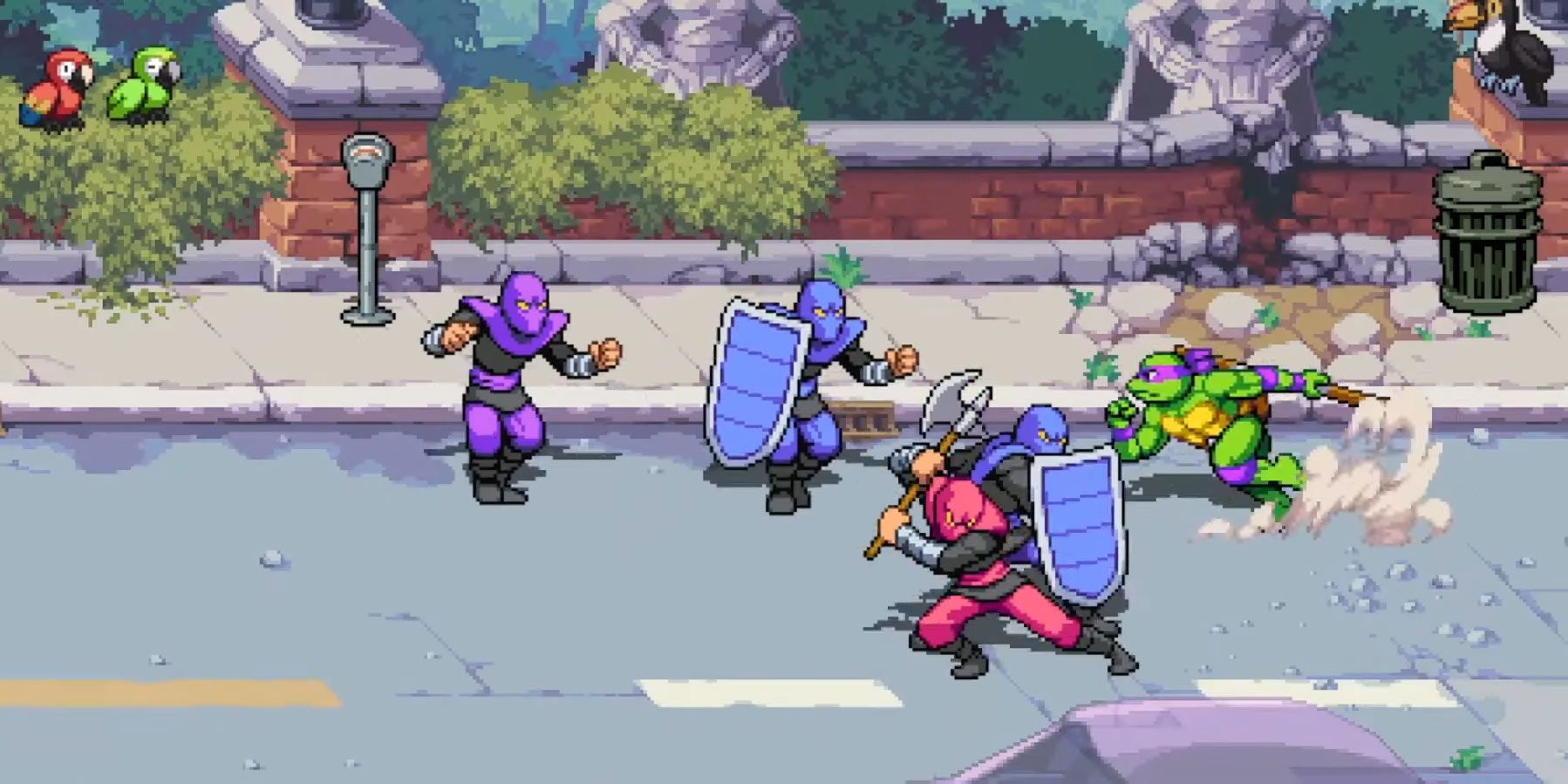 Movement in Teenage Mutant Ninja Turtles: Shredder's Revenge takes place on a 2.5D axis, meaning that you can move not just from left to right but up and down as well. And sometimes, you'll find you're trying and failing to hit an enemy that is just a bit off your current plane which can be frustrating, since they often won't have any trouble hitting you.

One way to counteract this is by using the dash attack. This is primarily used to quickly close the distance between you and an enemy, but doing so allows you to hone in on them regardless of where they are currently standing on the screen, making it a good way to ensure that you always land that first hit and subsequent ones when fighting enemies coming at you from the background or foreground.

1 Prevent Yourself From Getting Knocked Back With Charged Attacks 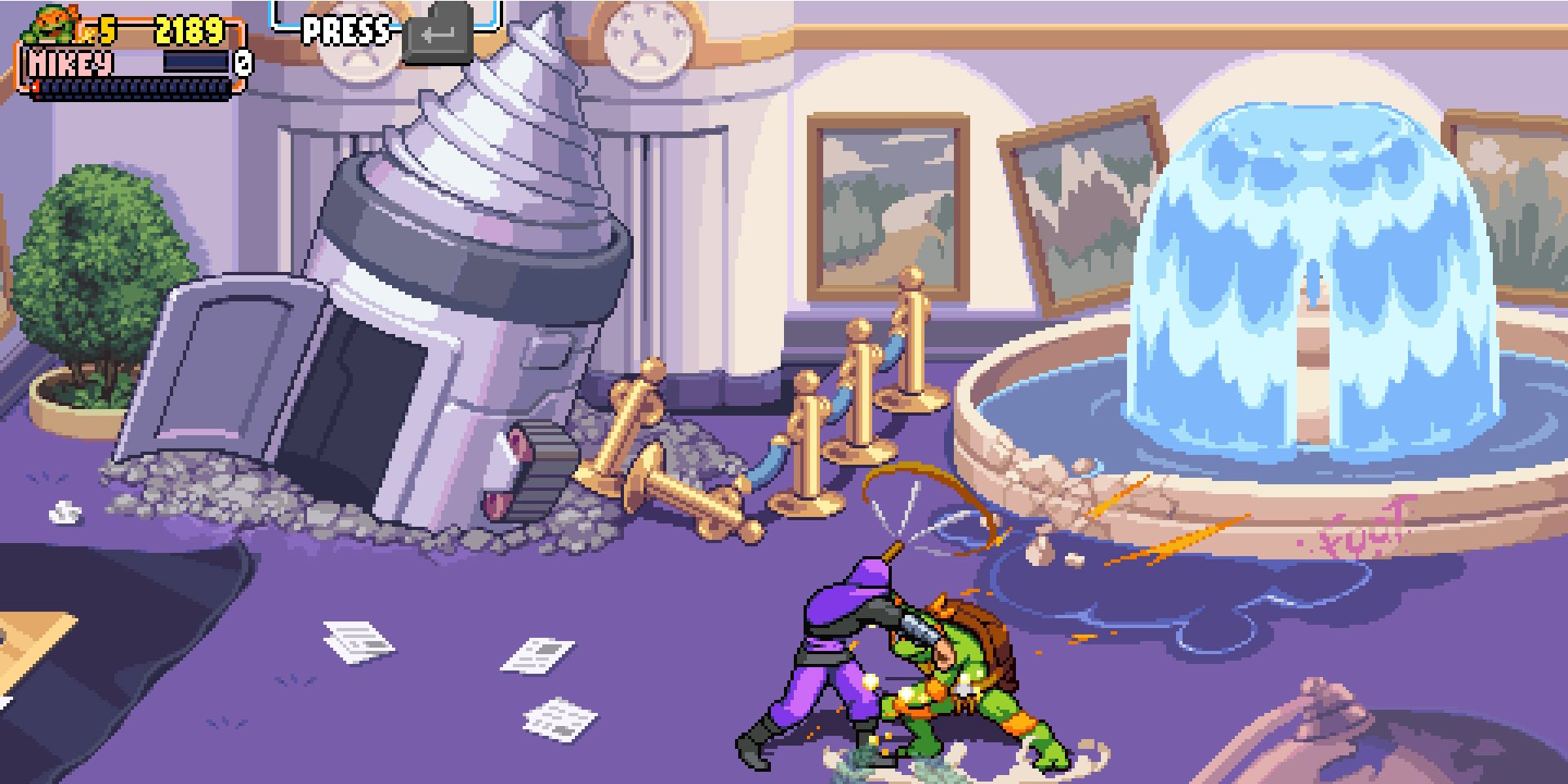 Shredder's Revenge incorporates quite a few elements from fighting games, and one of the more advanced ones is the concept of super armor. These are certain moves that, when executed correctly, prevent the player from flinching when hit or entering into a stunned state, even though damage is still taken. It effectively prevents the associated damage animations from being shown, which usually break a fighter's flow.

To execute one in Shredder's Revenge, simply charge up an attack by holding down the attack button before the enemy gets the opportunity to land a blow. This will prevent you from getting knocked back while the button is still held down, and can be quite useful for dealing with otherwise unavoidable attacks in a more efficient manner.

Just be mindful of your life bar, since you still take damage and using the technique too much could leave you low on health without realizing it.