There is nothing quite like romping through France, fighting hordes of robots, while rescuing French historical figures along the way. There is a lot to like about Steelrising, from its variety of enjoyable weapons to the visceral impact you feel when landing a full-charged attack.

This means that the shield special move starts to feel pretty pointless later in the game. And we can't emphasize what a bummer that is, because in the early game shielded weapons are easily some of the most enjoyable to use. Have there be a hefty stamina cost for blocking a heavy attack, but don't have them take all of your stamina. That's just not fun.

Look, we're going to throw this out there: the voice acting in Steelrising is excellent. All the actors did an absolutely fabulous job here. Aegis is especially great. However, there is something off about playing a game that is set in France, and features exclusively French characters, and yet French is only spoken occasionally.

While we wouldn't want to lose the dub we have, it would have been awesome if they were able to do something similar to Ghost of Tsushima and give us a French dub as well. Having characters speak their native language is always going to provide an extra boost to your immersion. It would have been nice to be able to choose that option.

5 The Tool Abilities Are Too Expensive In Combat 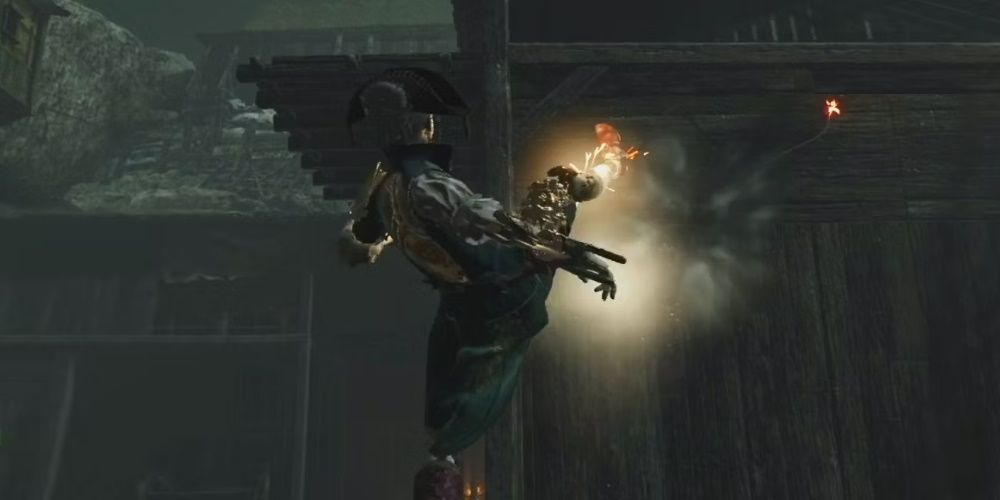 4 The Earlier Stages Could Use A Little More Verticality 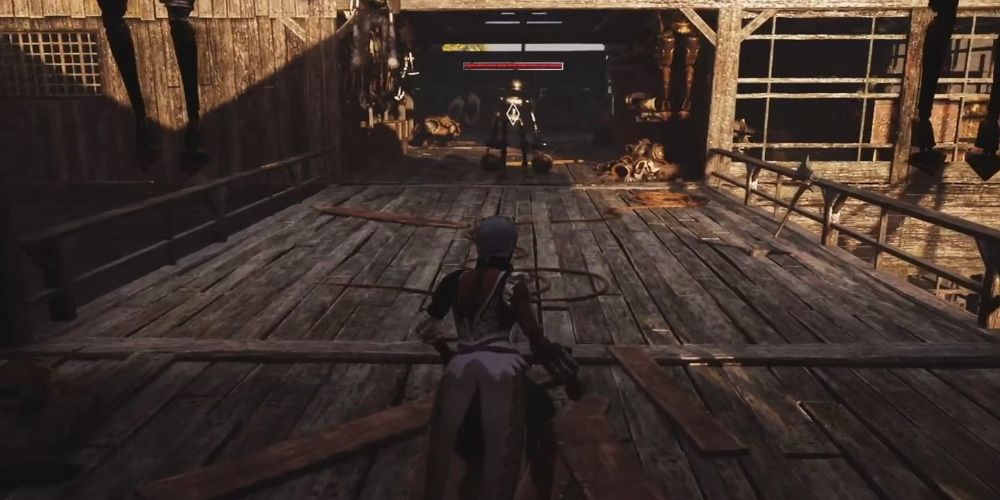 Once you get those traversal tools, the stages in Steelrising really open up in some pretty fun ways. Suddenly you start to see that folded world style of level design that FromSoftware has become so beloved for. But by the time you obtain all the traversal tools you are halfway through the game. This means that, unfortunately, some of the early stages can feel a little flat.

While we don't think Les Invalides, or the first part of The Cite, are bad stages, they can feel a little too much like a series of corridors. Zipping up to high places, and air dashing across gaps, feels great. The traversal in this game feels better when you are able to do these things. Maybe if you build a sequel, have the player acquire those abilities earlier.

3 Better Rewards For Side Quests 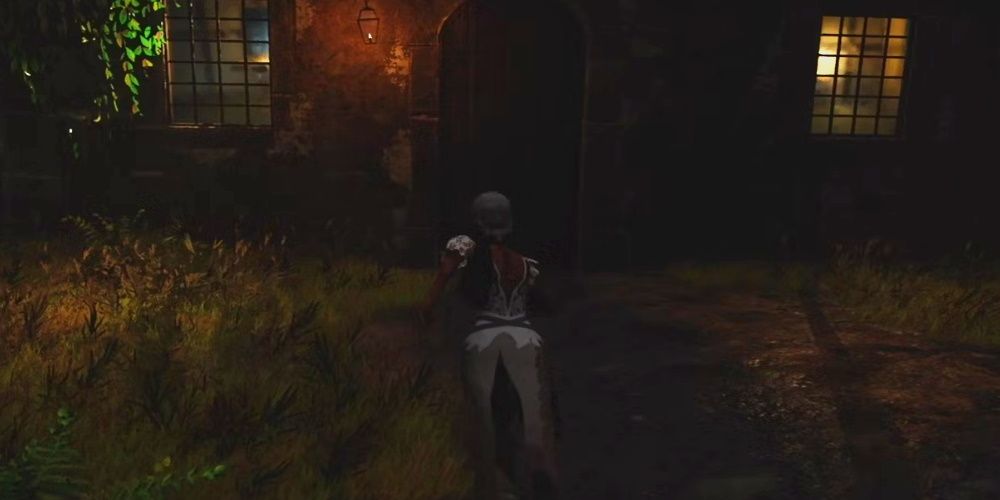 It is super cool that Steelrising features side-quests. We think they are a great addition to the world of Steelrising! Not enough games in the soulslike genre give us that type of opportunity to interact with the citizenry of the world. But we have to say, going out of our way to fetch things for people, and then backtracking to provide them with the spoils, should provide meaningful rewards.

Give us a chunk of Bismuth (Orichalium may be overkill) to help upgrade our weapons, throw us a Noble Spirit, or hell, give us a Module Key. There are highly valuable items that you could give out. Those are the items we should be receiving, not some crappy grenades. 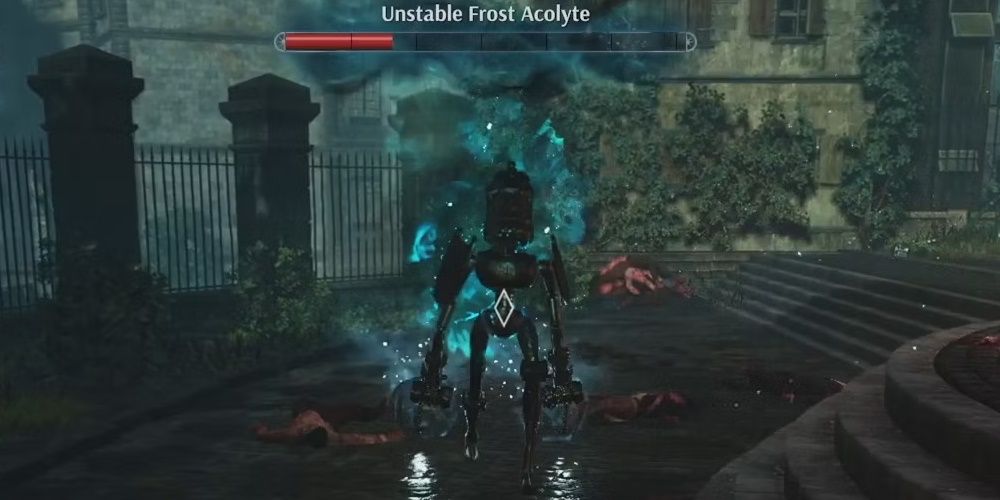 Don't get us wrong, Steelrising has a pretty solid amount of unique enemies. We don't think this is a major issue. However, once you hit around the half-way point of the game, you start to notice a trend emerging. When you get to the mid-point of the game, you begin to see basically the same enemies, but with a few visual differences and a new move or two.

The worst example of the enemy variety coming up short is when you start encountering mini-bosses that are repurposed regular enemies with little to no changes made to their moveset. Steelrising, if we have already dismantled dozens of this type of Automat, giving them a larger health bar, and putting them in a boss arena, isn't going to convince us that they are a scary new we should be intimidated by.

1 Something Needs To Be Done About The Shielded Musket 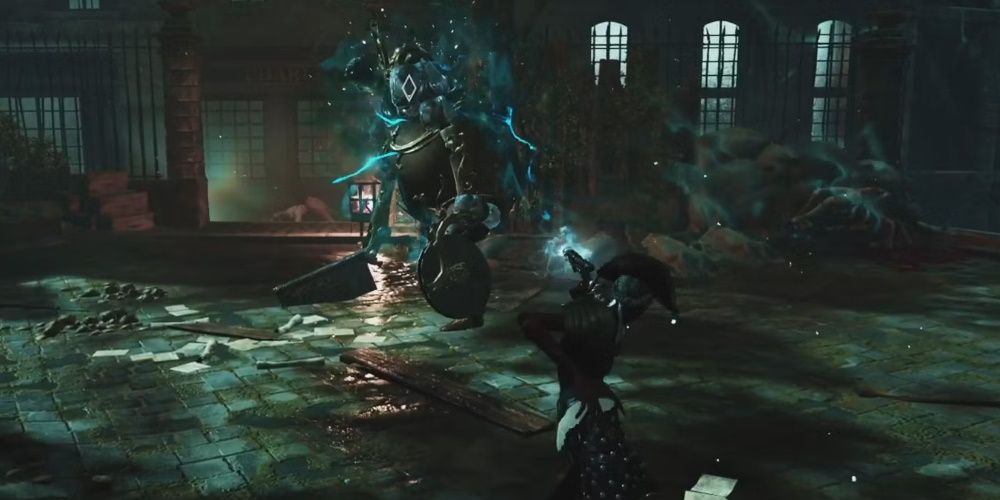 Why oh why did they give you this gun at the beginning of the game? For those not in the know, the easiest way to beat nearly every boss is to shoot them with the Shielded Musket, then hit them with hard-hitting charged attacks, and then repeat this cycle until they are dead. It absolutely shatters the game's difficulty.

Now, we aren't saying remove the gun from the game, but we think it could definitely have been balanced substantially better. Even just making it so that the regular attack doesn't apply the freezing effect, only the heavy attack does (which has a short range), would be a pretty excellent change. Or, you know, make it so that bosses have a greater degree of resistance to the freezing effect. They need to do SOMETHING to balance this weapon.