A boy has mysteriously vanished from the rural town of Kingdom, Virginia, and two FBI agents—Tarver and Halperin—have been sent to investigate. It's a familiar setup for a crime story, but the way the narrative in Virginia is relayed is anything but. This is a game that somehow manages to tell an intriguing, compelling story without any dialogue. No one utters a single word. Protagonist Anne Tarver has no inner monologue. There aren't even any subtitles, title cards, or written narrative clues of any kind for the player. It shouldn't work, but it does.

Virginia takes heavy inspiration from '90s television—particularly The X-Files. Like Fox 'Spooky' Mulder, the bureau considers Tarver a troublemaker and hides her out of sight. You realise this when, playing as her, you go to your desk and find it buried deep in the basement. This is a perfect instance of how Virginia wordlessly reveals things about its characters, and eagle-eyed players will find a game filled with these subtle details and snippets of evocative world-building. With no script to provide exposition, environmental storytelling takes centre stage. 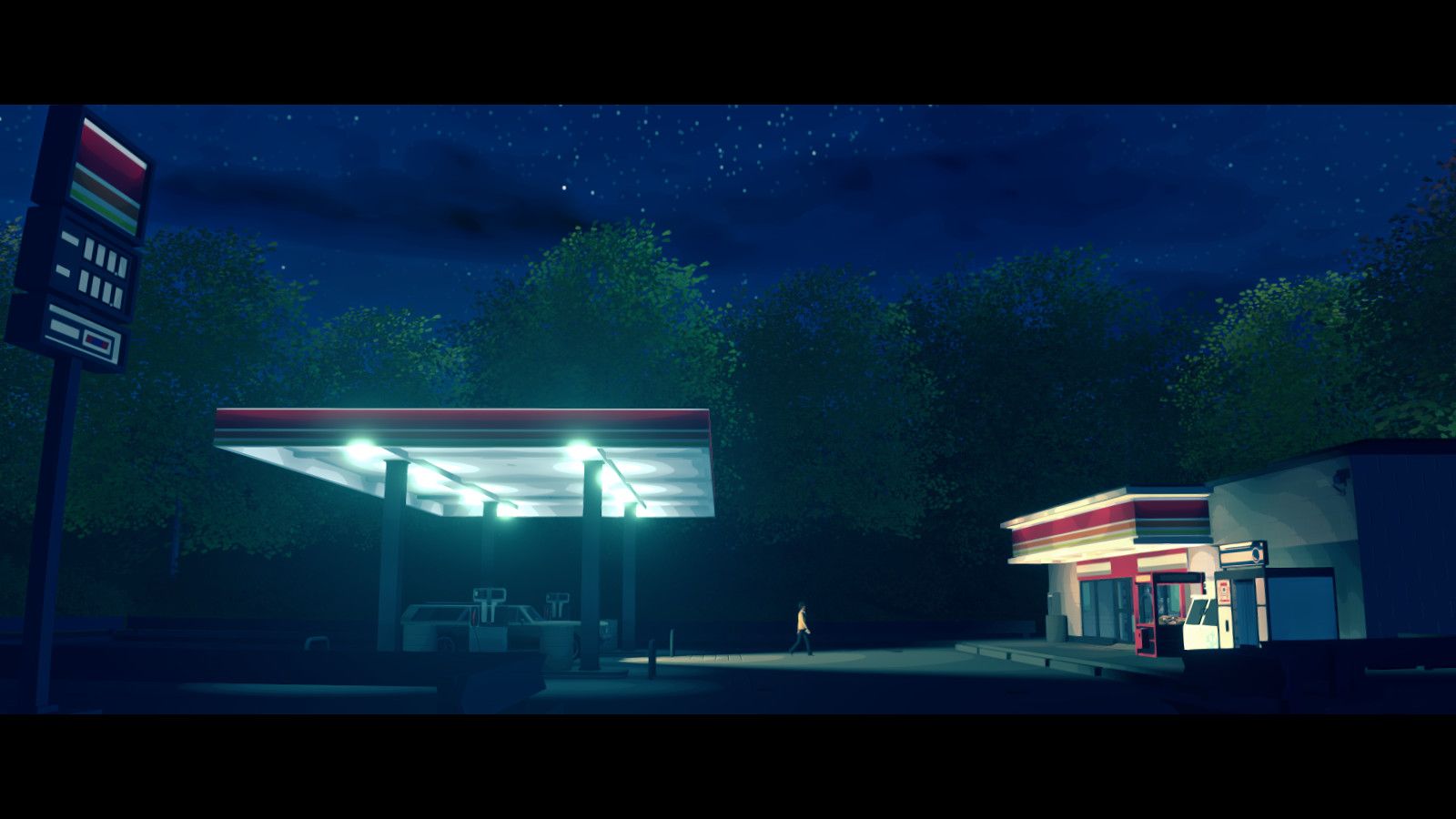 The animation does a lot of the work too. Unbeknownst to Tarver, Halperin has been sent by the internal affairs department to keep an eye on her. When the two meet each other for the first time, you can sense Tarver's frustration. She's smart enough to know that the bureau has sent someone to babysit her. All of this is evoked entirely through facial expressions and body animation. The faces in the game are heavily stylised, but they betray a surprising amount. It's strange at first, but eventually you won't miss the dialogue or voice acting at all.

The editing is superb too. Virginia is made up of dozens of small, short first-person vignettes, with quick cuts giving the story a lively, economical pace. You'll wake up in bed, a second later you'll be driving down the freeway on your way to work, then you'll suddenly appear in the office. It makes for a wonderfully fast-moving game, and not a moment of your time is wasted. The downside is that it makes the game seem overbearingly linear at times. You'll want to spend time in a location and explore, but you're whisked away before you get the chance. 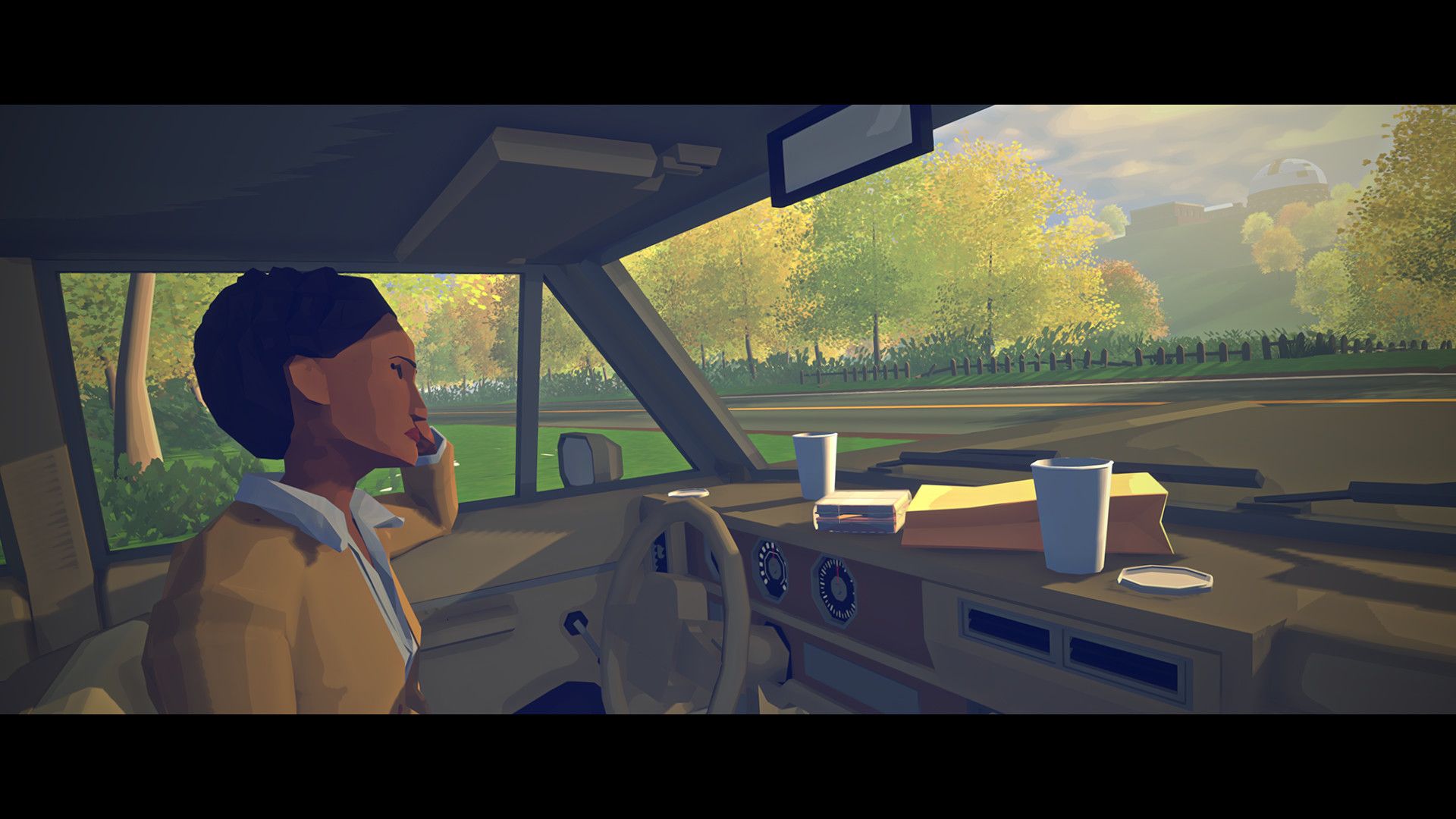 But Virginia makes up for its lack of interactivity with pure style. Occasionally we drift inside Tarver's psyche through dream sequences that are more than a little Lynchian. These moments are wonderfully surreal and disorientating, blending reality with the contents of our protagonist's troubled mind. The score is superb too: a combination of stirring orchestral music, courtesy of the Prague Philharmonic, and brooding synths straight out of a '90s TV show. This is a beautifully presented video game with an atmosphere that effortlessly draws you in.

Just don't expect an interactive police procedural. Virginia sets itself up as a detective game, but it really isn't. The disappearance of the boy becomes less important as the story goes on, with the focus shifting to the uneasy relationship that forms between Tarver and Halperin. A lot of the plot is left open to interpretation, and I admit I did wish for a neater, more structured ending. But that aside, Virginia is one of the most interesting narrative games I've played, and an incredible example of doing a hell of a lot with very little.