Trying to survive in fourteenth-century France is already hard, but things can get difficult when power-hungry psychopaths are trying to imprison your rat-controlling brother. Amicia and Hugo de Rune thought they could live happily ever after once they defeated Nicholas and the Inquisition, but they’re once again on the run in A Plague Tale: Requiem as the Macula continues to react in his blood.

The children hoped to find a cure on La Cuna, an island that’s appeared frequently in Hugo’s dreams. However, it turned into a dead end and the rats consumed the island, forcing them to look elsewhere for help. The 14th chapter of the game, Healing Our Wounds, is pretty short compared to other chapters and this walkthrough will help you complete it in no time. 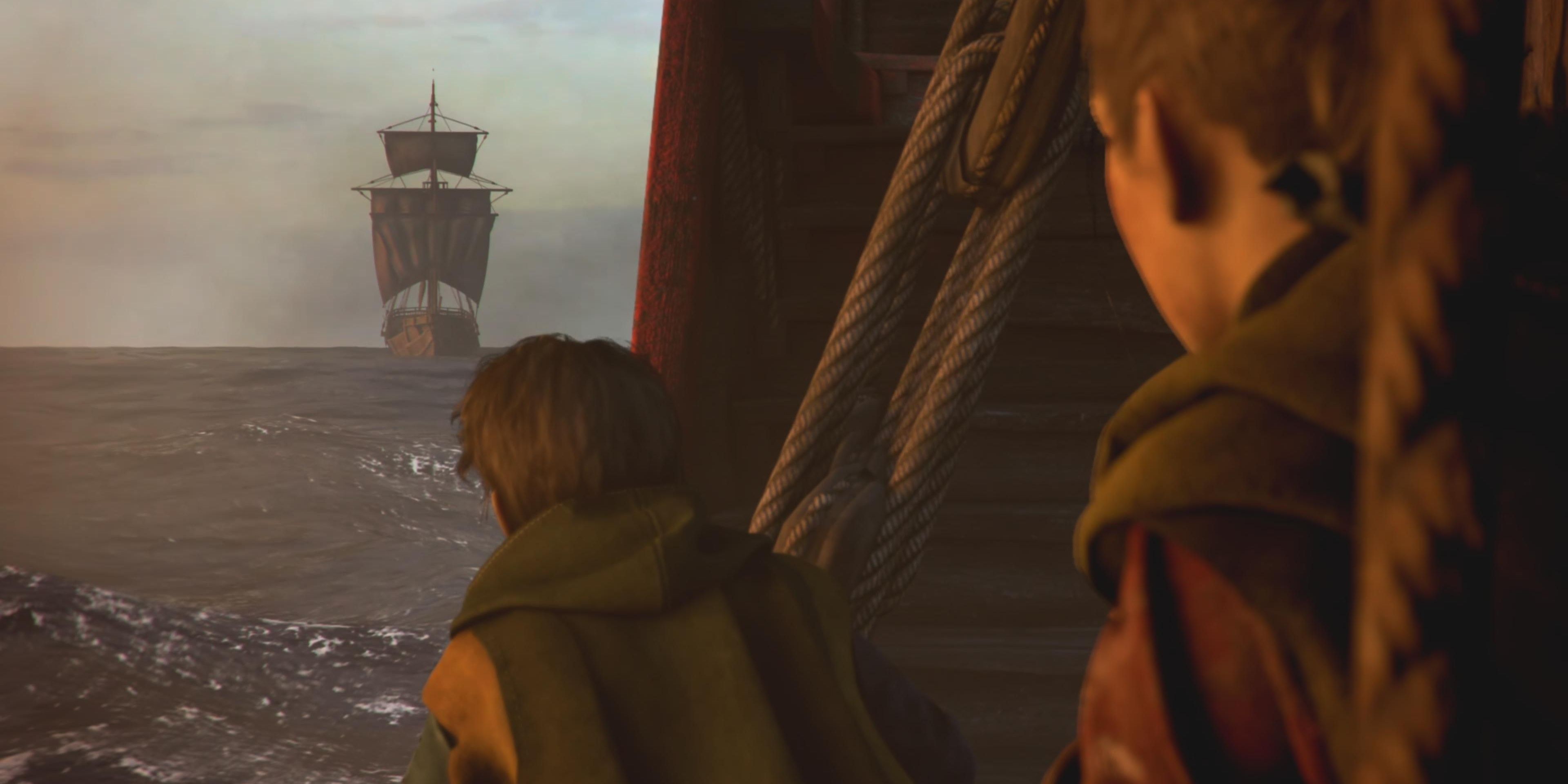 After reaching Sophia’s ship and sailing away, Amicia thinks they’re finally safe. When the initial cutscene ends, move around the ship and speak with everyone. Talk to Sophia first (she's up top steering the ship), which will trigger another cutscene. Then, head down and finish talking to the rest of the group. 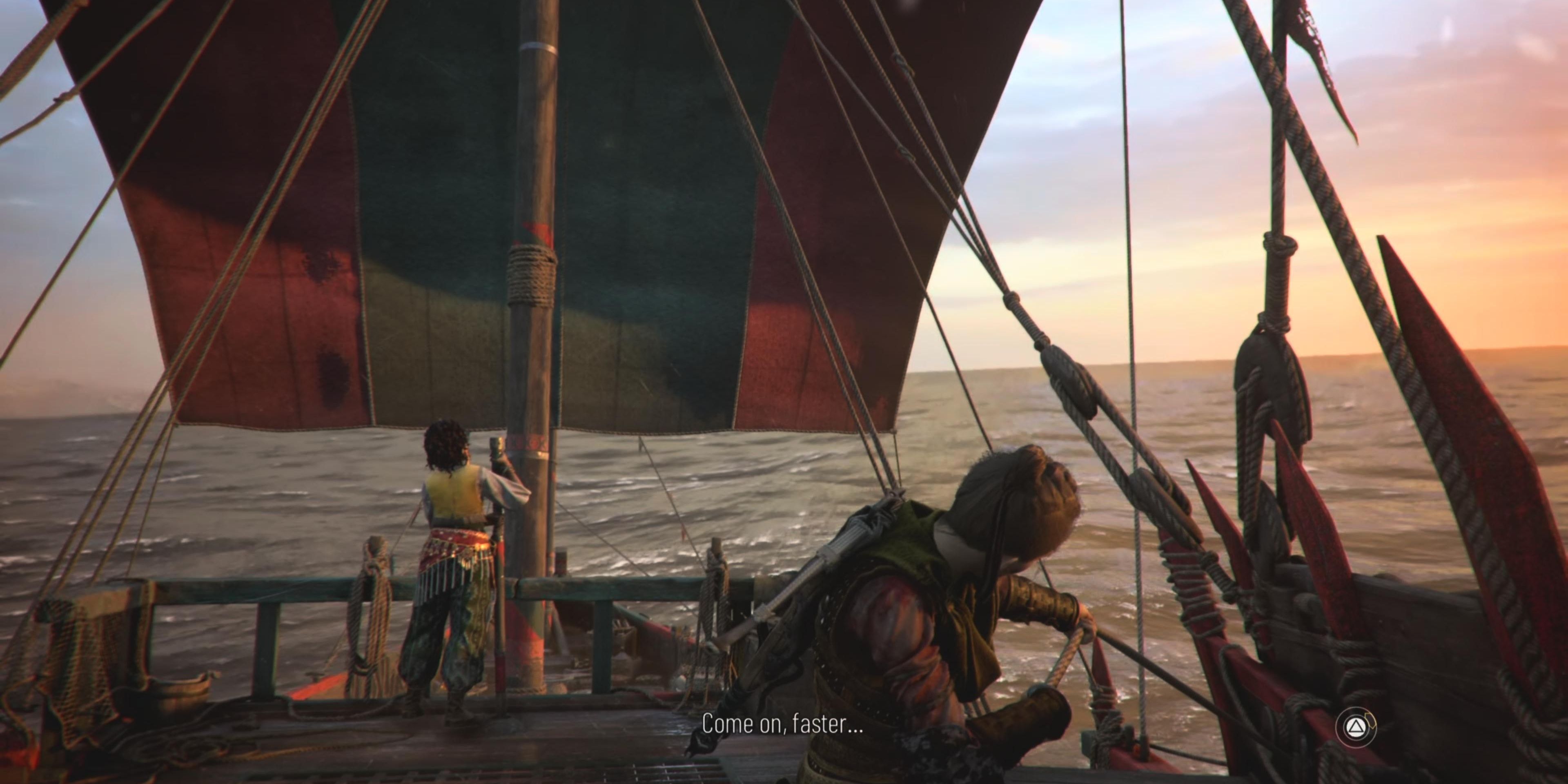 Once you’ve spoken with everyone, Sophia sees the Count’s ship behind them. Run up the steps to the top deck and help Arnaud adjust the sail on the left side.

Return to the main deck and assist Arnaud again with the sail on the right side to move the ship faster. The two of you will try to throw cargo off the ship, but archers begin raining fire arrows at you. 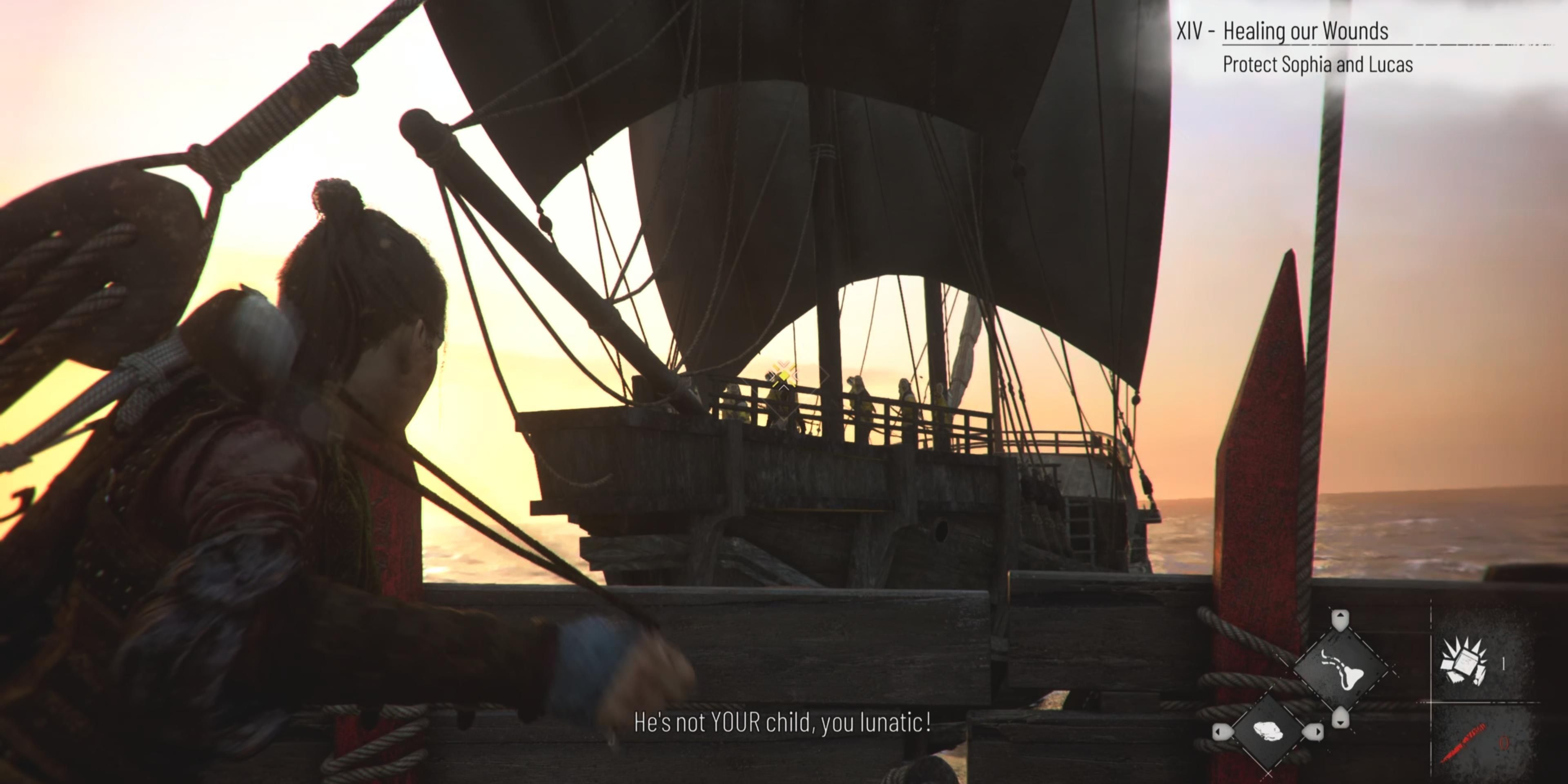 Despite making the adjustments to the sail, the Count’s ship is nearly upon you. Head back to the upper deck near Sophia and use your Sling to take down the archers. There will be four archers trying to shoot from his ship. Amicia’s Double Cradle ability to shoot a second time will be extremely useful here.

The archers shoot fire arrows, which can cause a pool of fire at your feet, so be mindful not to stand in the same spot for too long.

Unfortunately, there’s no stopping the Count’s ship from ramming you. When Amicia gets up, run down to the main deck to help Arnaud fight back against the soldiers.

While Arnaud is fighting the soldiers up close, focus on the archers in the back. Keep an eye on Arnaud, though — if he gets overwhelmed, it’ll be game over. 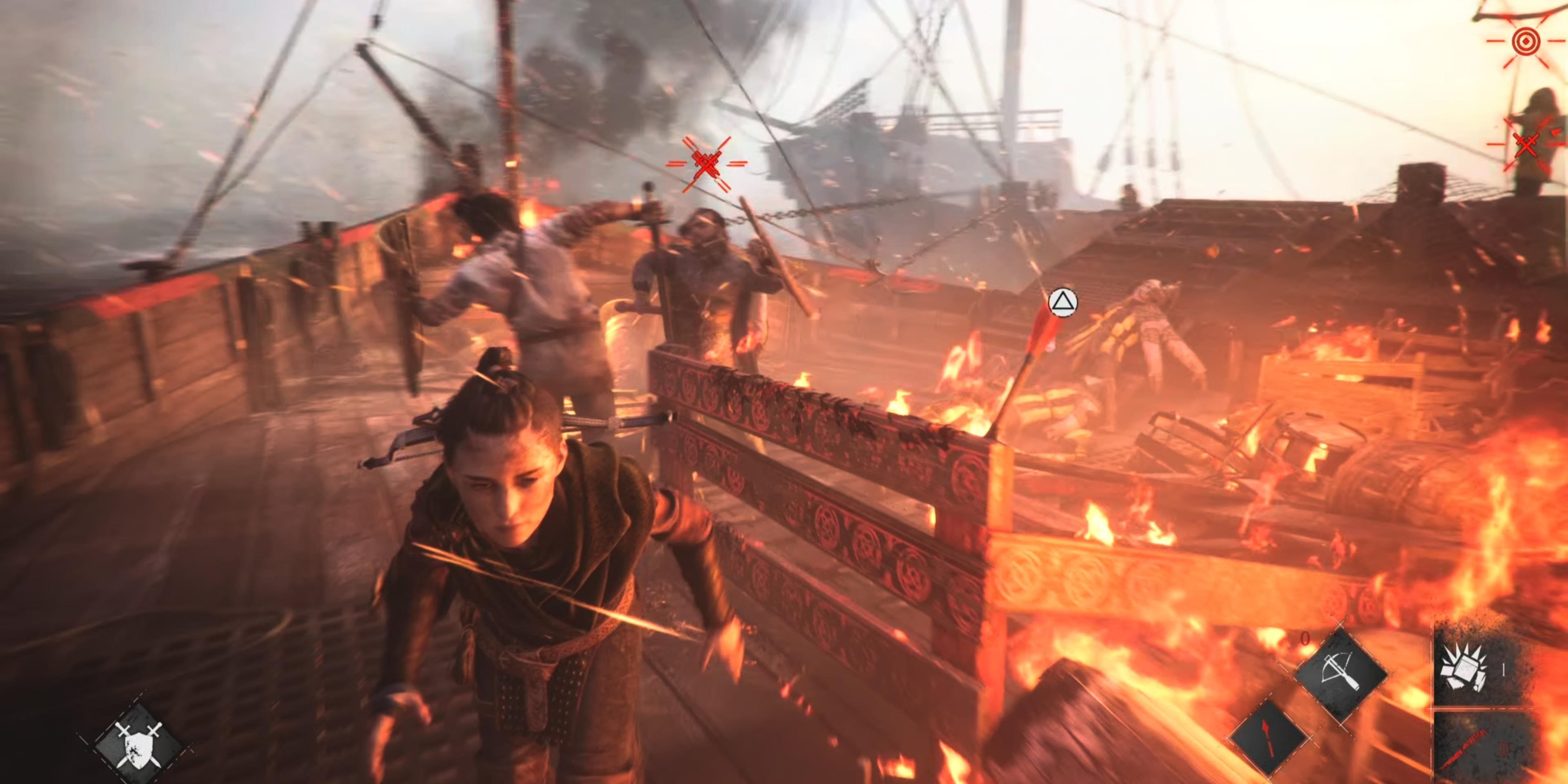 Utilize Amicia’s Reinforced Bolts to pick up used bolts throughout the battle. There’s also a bolt on the first side cover when you reach the main deck. Guards will attack you from both sides, so be careful not to get flanked. A cutscene will trigger after killing a fair amount of soldiers, bringing an end to this chapter.