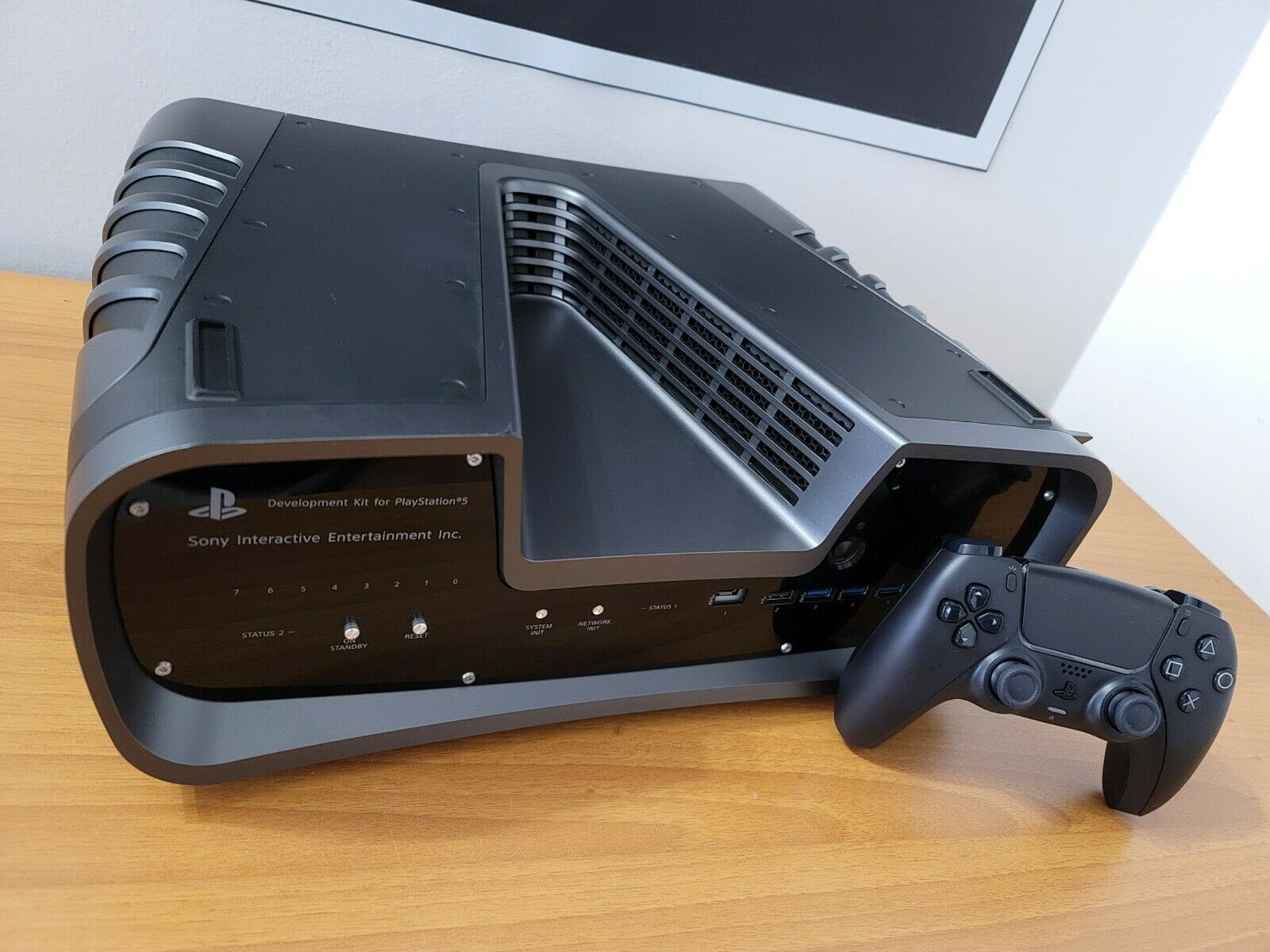 Someone has been stupid enough to try and sell a PS5 devkit on eBay and it was going for almost £2,500 when it was taken down.

Back before the PlayStation 5 was officially unveiled the only clue anyone had as to what it looked like was the devkit – the modified version of the console that developers use to create games on.

Devkits rarely look like the finished consumer models (the original Xbox was famously just a giant ‘X’) but it wasn’t obvious until now that the devkit did offer one clue as to the final design: it’s absolutely massive.

Previously, its size hasn’t been so obvious but somehow one appeared on eBay recently, along with an all-black DualSense controller, before quickly been taken down.

Devkits can only be obtained from Sony under strict NDA and have complex security precautions, so you shouldn’t be able to do much more than turn them on without the proper access authority.

Where the devkit came from is a mystery but it also popped up at the same time as a test kit, which looks like a regular consumer model but is used to run unfinished game code for testing.

The auctions were first spotted by Kotaku but exactly where they came from is still unclear. The best guess is a disgruntled (or simply stupid) employee that somehow managed to smuggle them out of their offices – or were perhaps granted one to work from home with during lockdown.

Devkits do often turn up for auction once they’re sufficiently old enough that Sony (or Microsoft or Nintendo) no longer cares what happens to them, but trying to sell a current generation one is, at the very least, going to get your auction taken down.

The auction price had reached €2,850 (£2423) before it was removed from sale, likely because Sony became aware of it and got in contact with eBay.

The only positive to come out of this is that we now have the best photos yet of what the devkit and its unique black controllers looks like, although the strange V-shaped design has still never been explained – the best guess being that it’s meant to be a Roman numeral.