A lot of sci-fi movies from the '70s are showing their age, but there are few that hold up amazingly well thanks to the quality and craft of their production design. 2001: A Space Odyssey, Solaris, and Close Encounters of the Third Kind are prime examples, but Ridley Scott's Alien arguably outclasses them all. The director's preference for understated realism over flashy effects, and the team of renowned artists and craftspeople he assembled to build his world, make this a movie that is seemingly immune to the passage of time. It'll look great forever.

The genius of Alien is the many different artists Scott brought on board to bring his vision to life. Macabre Swiss surrealist H.R. Giger is rightly famed for his biomechanical alien and derelict ship designs, but he was just one part of a larger team of seriously talented creatives contributing to Alien. Scott wanted anything relating to the creature, including the derelict, to feel unnerving and otherworldly, which describes both Giger's work and the man himself. He more than met the brief, creating some truly haunting and horrifying visuals. 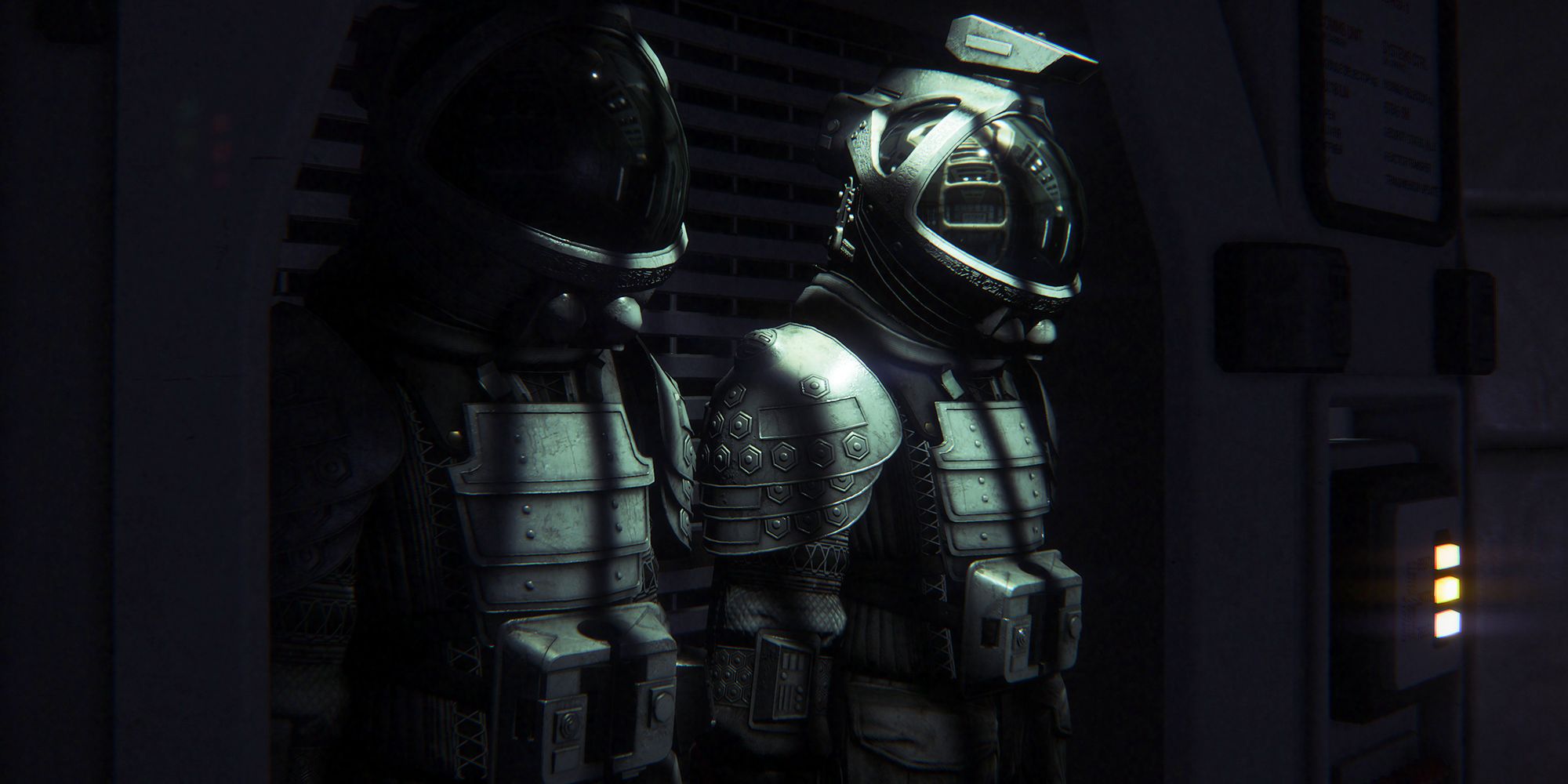 But for the mechanical side of things—ships, technology, machinery, and so on—Scott recruited legendary concept artist Ron Cobb. Cobb was renowned for his attention to detail and thinking about how his designs would actually function. When he designed, say, an airlock door, he didn't just make it look good: he drew detailed schematics detailing how it would open and close. This is why Alien's primary setting, the Nostromo, is so convincing. Everything serves a purpose, even if you only see it for half a second as the camera sweeps past it.

Scott also recruited legendary French comic artist Jean 'Mœbius' Giraud and costume designer John Mollo, both of whom contributed to, among other things, the film's iconic, idiosyncratic spacesuit designs. All these artists had very different styles, disciplines, and visual sensibilities, which makes Alien one of the most textured, believable, and sophisticated science fiction movies ever made. Scott, who studied art before making films, has always had a keen visual eye, and bringing these creative giants on board only heightened that.

Fast forward to 2008 and Creative Assembly was granted access to a treasure trove of original Alien production material—including concept art by Giger, Cobb, Giraud, and Mollo. This priceless, rarely seen collection of continuity Polaroids, set blueprints, costume designs, and more would become the basis for Alien: Isolation, a video game deeply rooted in the design and aesthetic of the movie. The studio went to great lengths to replicate the distinctive look and feel of the source material, back-engineering this material to build its own sci-fi world. 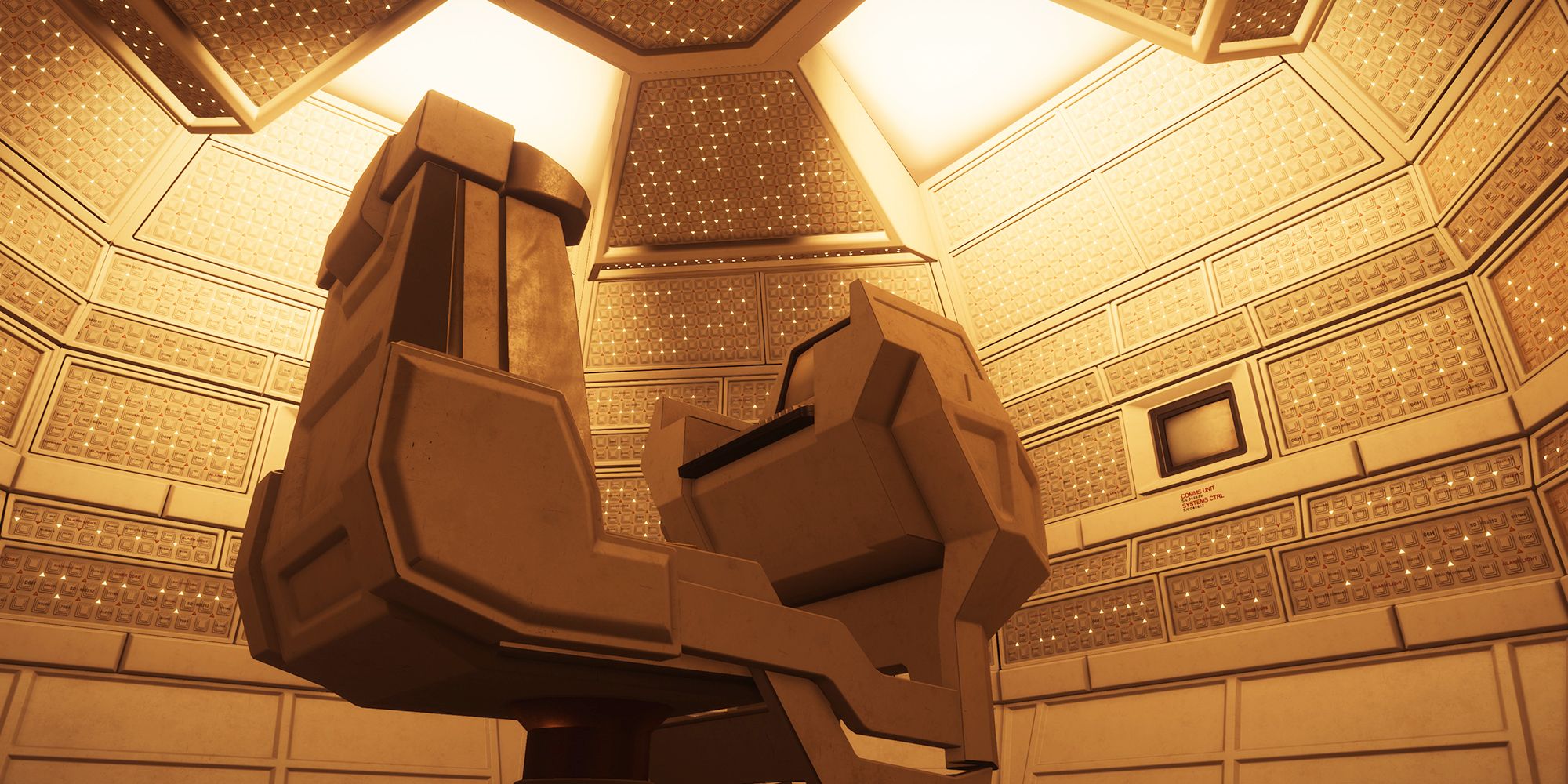 Look at the concept art for Isolation and it's straight out of the 1970s. When you explore the stricken Sevastopol space station you feel like you've stepped inside the movie. The locations are new, and feel new, but every design element—from the architecture all the way down to individual props—is extracted from the movie's visual language. Creative Assembly immersed itself in the world of the film, playing it on screens in the studio on a loop, and it shows in the final product. There's never been a more faithful adaptation of a piece of cinema.

Isolation takes deeper inspiration from the film’s design beyond its aesthetic. The cold, mechanical claustrophobia of the Nostromo is a big part of Alien’s power as a horror film, but the practical, grounded technology plays a part in it too. In a lot of sci-fi there’s usually some high-tech device or advanced weapon that saves the day, but all the crew of the Nostromo have to fight this nightmare is an electric prod, a primitive jury-rigged motion tracker, and some old flamethrowers. Not the most impressive arsenal for going up against a perfect organism.

This establishes that, even in this advanced spacefaring future, technology won’t save you; you have to rely on your wits and instinct, which carries over into the game itself. The crude home-made gadgets cobbled together by Amanda Ripley—noisemakers, Molotovs, smoke grenades—actually add to the horror, because you never feel like there’s a miraculous technological solution to your problems. Even your weapons are useless against the alien. Shoot it with your pistol or shotgun all you want: you'll just make it madder. 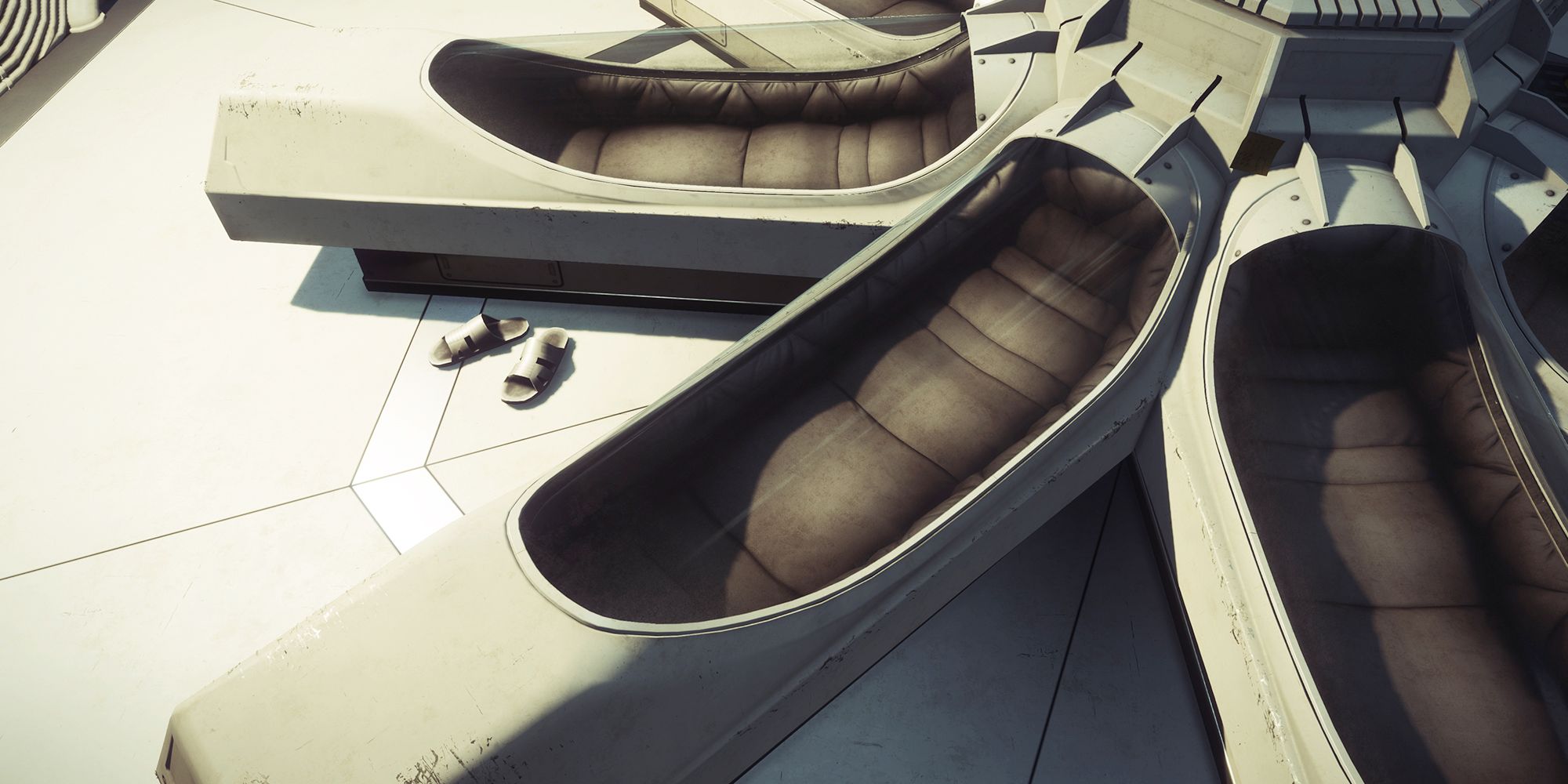 While Scott was overseeing the construction of the Nostromo bridge set, he asked the carpenters to lower the ceiling, adding to the crew's feeling of isolation and claustrophobia. This is another design element Creative Assembly took and riffed on to give Sevastopol a similar feeling. There are very few open areas: most of the time you're trapped in vents or inching through narrow corridors, which makes the approaching footsteps of the xenomorph even more terrifying. It's remarkable how much the developer managed to extract from a single movie.

Creative Assembly may have had the best possible material to work with, but taking a universe as artistically accomplished and recognisable as this and making a new setting that feels like a legitimate part of it is no mean feat. Rather than just recreate the film’s sets, the developer used that precious archive of reference material as a starting point to craft its own confident, artful extension of the film. Isolation is a faithful homage to Alien, but it’s also a worthy addition to the universe and the mythology in its own right. This team just got Alien.