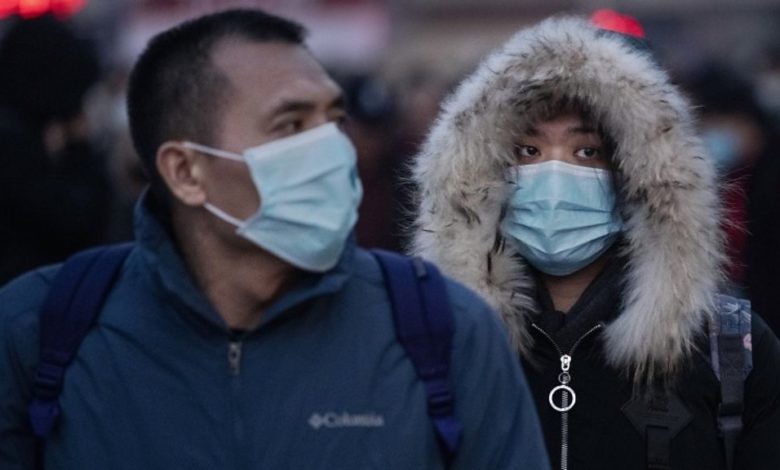 Coronavirus came to the US shores, and it started spreading like wildfire. President Donald Trump downplayed its significance for weeks before it was too late. Now, the COVID-19 pandemic is in full strength, and the numbers are showing it.

As of today, the United States of America is the country with the most significant number of those infected with this deadly virus. According to worldometers.info, the US has overtaken China as the country with most infected patients with coronavirus.

At the moment of writing this article, the US has 81,943 infected, which is 13,732 more than it had yesterday. China now takes second place with 81,285 infected and is closely followed by Italy, which has 80,589, and Spain with 56,347 round up the top four. The number is expected to grow in the coming weeks as the mass testings are underway. America has the best equipment, and it’s investing billions in fighting this pandemic. 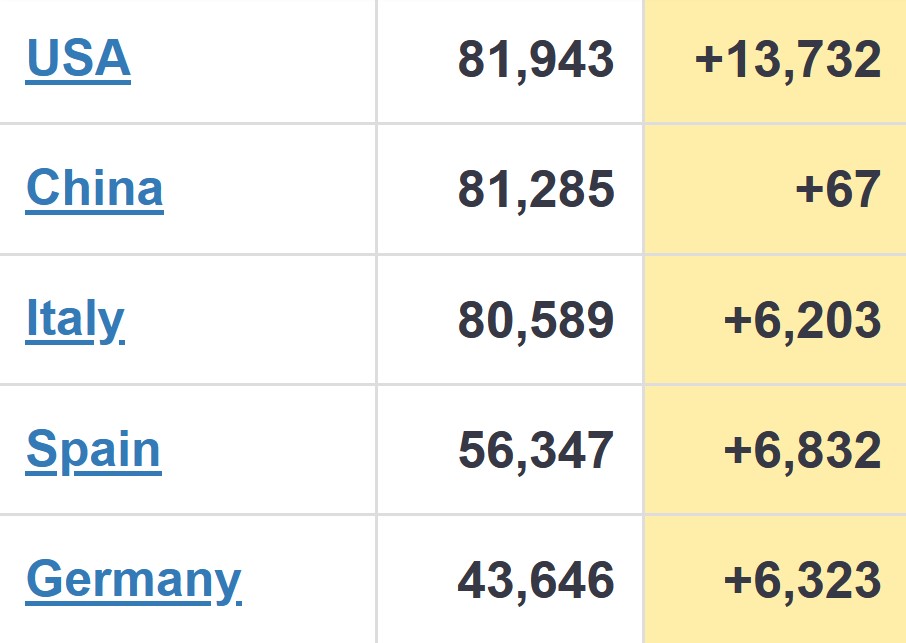 If it had a late start due to bad decisions of White House administration, now it’s putting its best effort up to stop this crisis. The Senate is close to approving the bill, which will allow an additional $2 trillion to be poured into the funds to fighting this virus and saving the economy.

President Donald Trump announced that the country would exit the lock-down, which is currently in power before Easter on April 12th. The experts claim that this is too early as it will take time for measures such as social distancing and self-isolation to take effect. 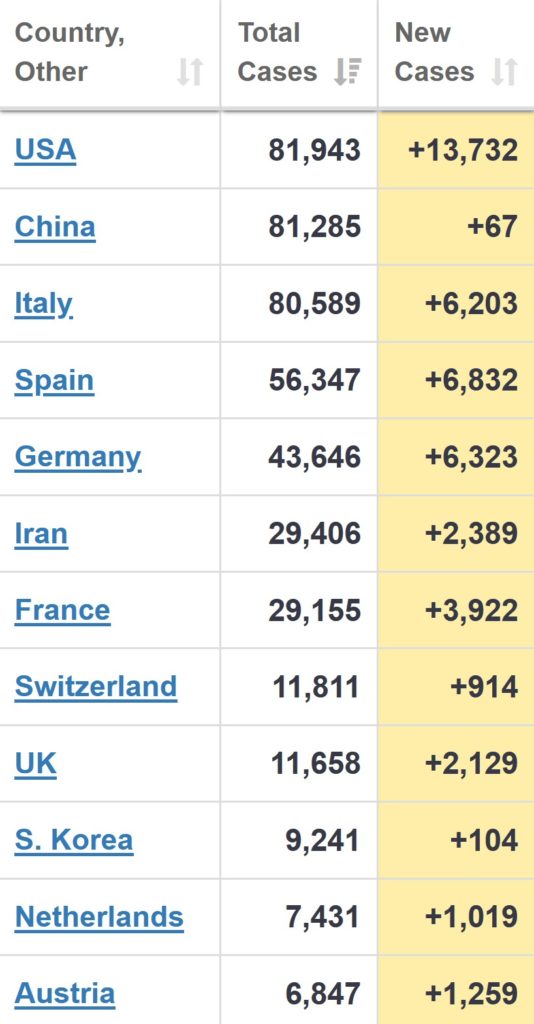 POTUS is deaf to the words of his critics and claims that the cure used to stop or prevent the spread of coronavirus shouldn’t be worse than the disease itself. All the measures that President took so far are put in place to preserve the American way of life and to prevent the economy from being permanently damaged. From the reports coming from the US, the part of the States which has the most infected is the state of New York.