Skydance Studios is yet to put out a single video game, but it already feels like it could be a major player in the next decade, going toe to toe with the likes of Naughty Dog and Insomniac. Helmed by Amy Hennig, of Uncharted fame, the studio revealed a few months back that it was making a Marvel game – no other details of this project are known, but credible guesses suggest it's either Ant-Man or Fantastic Four. I’m still holding out hope for Daredevil. Now, another upcoming Skydance game has been announced: Star Wars. Not much is known of this game either, just that it's an "action-adventure game featuring an original story", and with Hennig name-dropped several times in the press release (until we see something of its games, she remains Skydance's only high card), all I could think of is that Scalebound still has a chance.

Let me explain where I got that from. It feels as though we hear about games way too far in advance these days, and as a result several announced games never surface. Hundreds more are worked on behind closed doors, shelved, and die in darkness. Some of these games become legendary, built up in our heads to masterpiece, boundary shattering levels. The grass is always greener on the other side, and the best game is the one you never got to play.

Star Wars have two of these legendary games, as well as a handful of other cancelled games, some of which we know about, and some of which we don't. The first is Star Wars: 1313, which would have seen us play as Boba Fett in his bounty hunting days, exploring new planets, having epic adventures with mature storytelling, and with fast, physical, mo-capped fight scenes rather than force powers. It was revealed in 2012, and was basically The Mandalorian seven years before The Mandalorian. The Disney acquisition of 2014 is blamed for killing it. 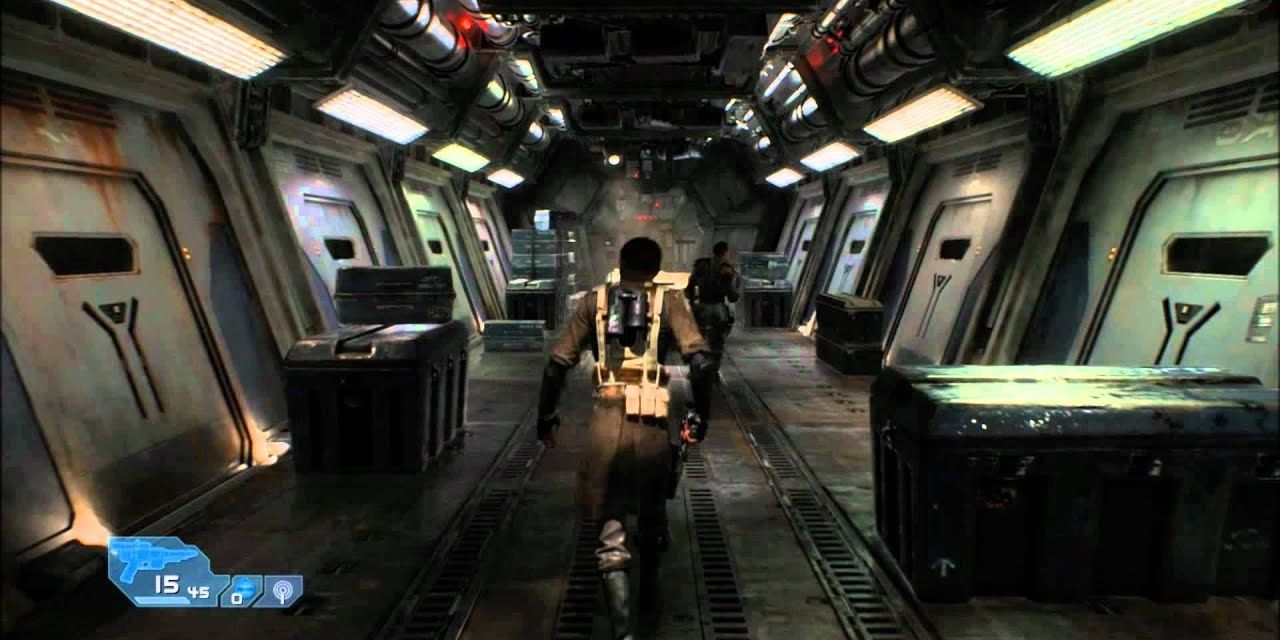 The second of these two big cancelled Star Wars games is what matters here though, as that's the one Hennig was working on: Project Ragtag. This had a less glamorous reveal than 1313's E3 showcase, instead becoming known when EA revealed it had signed a deal with Disney that granted Visceral Games, an EA subsidiary, the rights to a Star Wars game. Visceral had previously been working on a Golden Age of Piracy game, but in the aftermath of Black Flag, decided to duck out and instead took the work from the pirate game and slapped Star Wars stickers on it. Some time in the development cycle, a heist angle similar to GTA's was folded in. That's right folks, Amy Hennig was making a game about Star Wars pirates robbing banks and now we'll never get to play it. In case 'EA subsidiary' wasn't a big enough giveaway, this game was cancelled when the studio was culled and folded into EA Vancouver and EA Montreal.

This new Skydance game will not be about Star Wars pirates robbing banks. It's possible that Hennig could recycle and rework some ideas, but this will be a brand new project. Still, I imagine it feels quite cathartic that after spending three years of your life making a game based on one of the biggest, most influential properties in media, only to come away with nothing to show for it, to then secure a second chance. 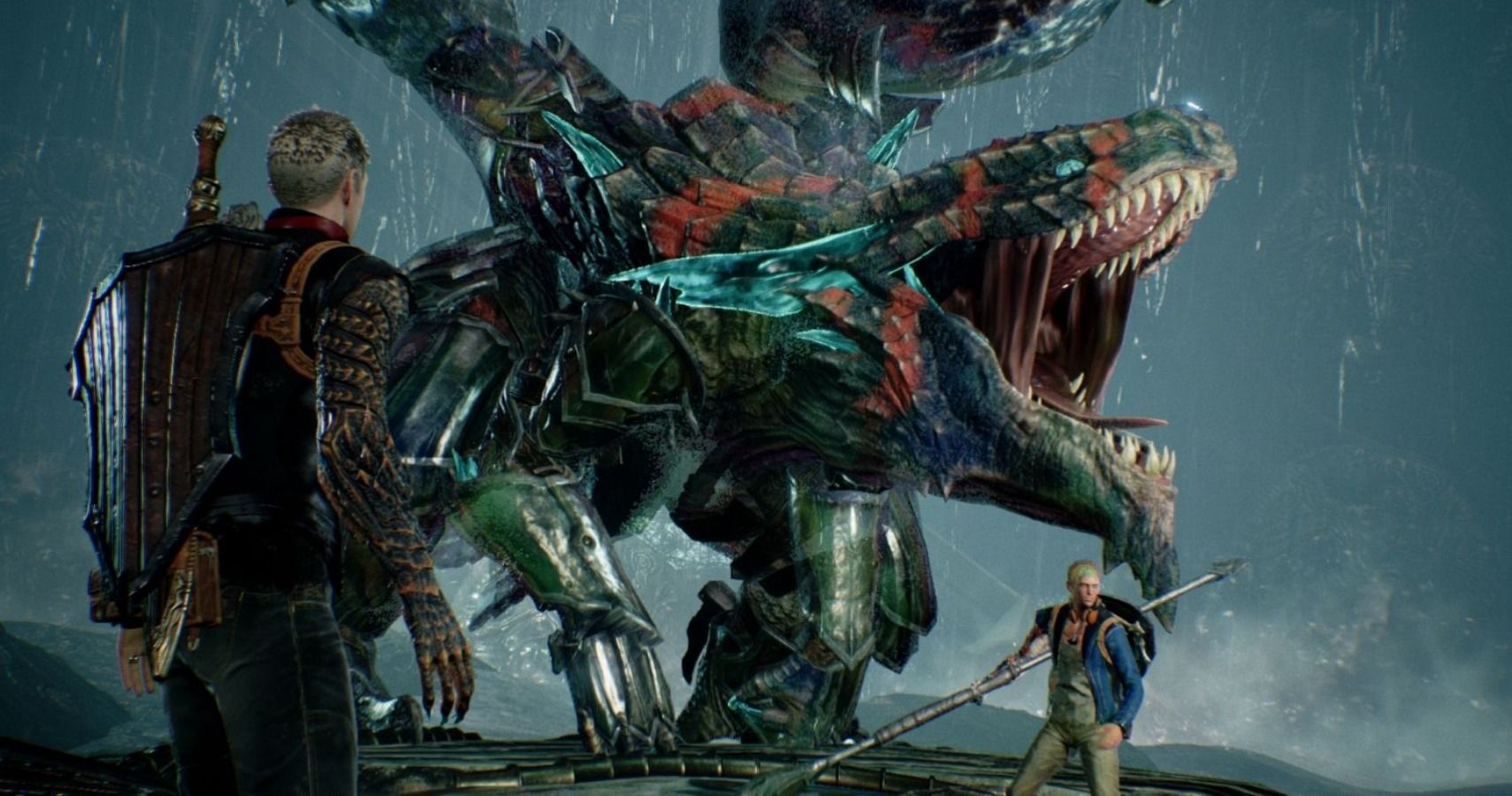 Here's where Scalebound comes back into it. Of all the cancelled video games there have ever been, for some reason Scalebound is the one I've always held a candle for. Developed by PlatinumGames, it was revealed in 2013 and killed in 2017 with little to show for it. Considering Platinum has since put out Nier: Automata and Astral Chain, and is currently working on Bayonetta 3, it's easy to fantasise about a fast-paced, funny, heartfelt action-adventure with a hidden depth that is only revealed once you scratch at the surface. Then again, it also put out Babylon's Fall, so maybe it was a bullet dodged.

Scalebound was supposed to be something different though, with less typical action and more RPG elements, while the graphics would be chasing photorealism over a stylised aesthetic. We have eight minutes of pre-alpha demo footage, and the most obvious comparisons are Fable or Dragon Age, but it mixes these fantasy titans with Platinum's lightning fast combat and typically eclectic music cues. It's also as much about bonding with dragons as it is about fighting them, all while wearing modern-day headphones, which presumably would be explained somewhere down the line.

It might have been a disaster, but I can't help thinking of what could have been. After Amy Hennig got a second go around, I keep hoping that PlatinumGames might one day get a reprieve too.