If you haven’t managed to catch the creepy tarantula in Animal Crossing: New Horizons, your time is running out. At the end of April, the hairy monsters will be leaving Northern Hemisphere islands for greener pastures. Summoning the courage to face the vicious creature isn’t easy, but we’ve got some tips that will make it easy to scoop up tarantulas and make a load of Bells before the end of the month.

As you’ve probably noticed, tarantulas have a nasty habit of charging anyone who gets to close to them. However, there’s an easy way to prevent this. Before tarantulas move towards the player they will always move into an “attack position.” That is, they will turn to face the player and raise their front legs. If you move any closer, you’re going to get charged. It’s still possible to catch them while they bum-rush you, but you’ve just made your task more difficult than it has to be. 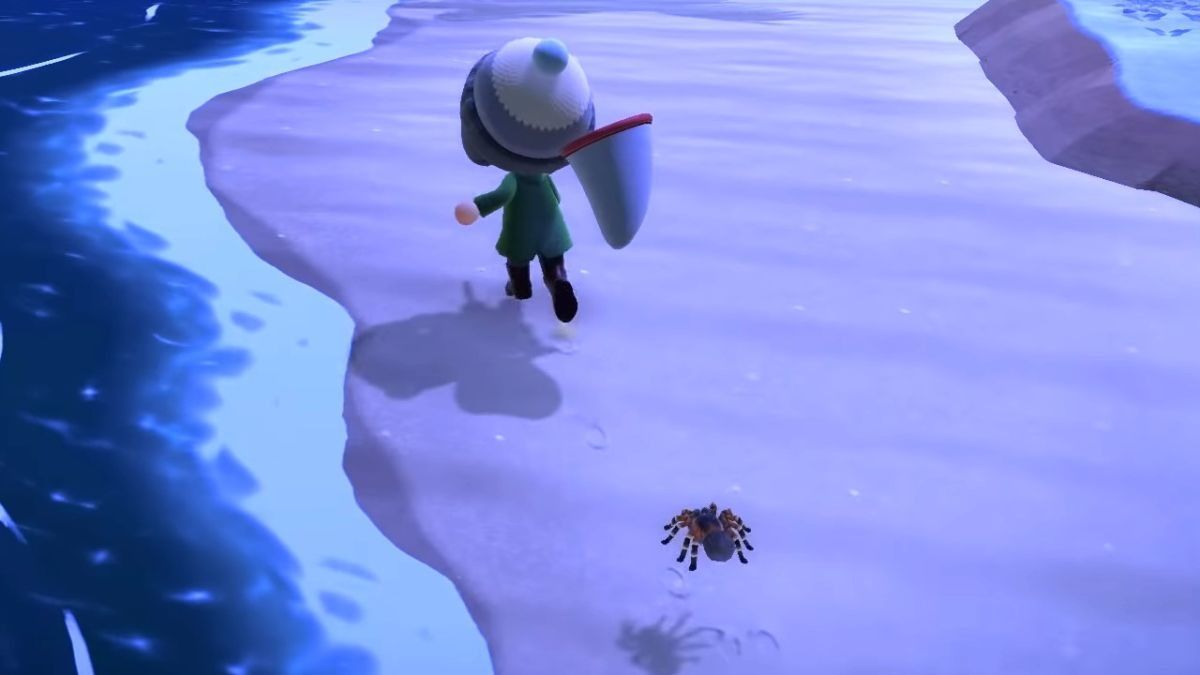 Tarantulas sell for 8,000 Bells in Animal Crossing: New Horizons. Take advantage of these valuable bugs before they’re gone next month. Your island will still be a dangerous place at night, however, as scorpions will be making their first appearance in May.