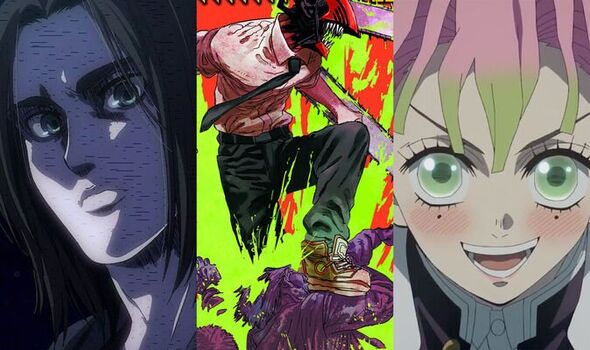 Demon Slayer fans have a new release to look forward to that will fill in the gap till season 3. Earlier this year the eagerly anticipated new season of Demon Slayer was announced which will feature the Swordsmith Village Arc. It’s believed Demon Slayer season 3 will have a release date in 2023, so fans look forward to the first episode of the new series have a bit of a wait.

Thankfully, there is a release that will help keep Demon Slayer fans busy in the meantime with a special edition Blu-Ray boxset of the Mugen Train TV series announced.

This upcoming boxset will adapt the events of the hit Mugen Train movie – which is the biggest box office hit ever in Japan – into a TV series.

Another popular anime which looks set to debut its next season in 2023 is Attack on Titan.

The story of Eren, Mikasa and the Survey Corps is almost drawing to a close, with the Final Season Final Arc set to launch next year.

Attack on Titan: Trailer for final season of anime series

This will be the third part of the final season of Attack on Titan, which will finally wrap up the story of Hajime Isayama’s hit anime.

And ahead of the Attack on Titan season 4 part 3 release date AoT fans have been treated to a few surprise announcements this week.

Firstly, new artwork for the final season of Attack on Titan was released which shows a young Eren, Mikasa and Armin running towards a tree, with an adult even in the background.

The artwork was unveiled as a new ‘special event’ for the Attack on Titan final season was announced which will be taking place in November.

Proceedings will kick off with an orchestral concert at Tokyo’s Tachikawa Stage Garden on November 13 for the AoT event, while there will also be a voice actors panel.

Given how close this event is to when previous parts of Attack on Titan season 4 have launched, it could be possible we get a new trailer for the Final Arc around then.

The first part of Attack on Titan season 4 launched towards the end of 2020, while the second part landed towards the beginning of 2022.

And finally, Chainsaw Man fans also have a date to mark down in their diaries.

The Chainsaw Man anime is one of the most eagerly anticipated animes on the horizon and will be handled by Attack on Titan season 4 studio Mappa.

The anime is due out at some point this year, but it’s been a while since we’ve had an update – with no release date announced and no new footage for some time.

That could all change though next month with Chainsaw Man appearing at the Anime Expo.

Crunchyroll and Mappa have announced the Chainsaw Man panel at the huge event on July 4, so there’s a chance we could see a new trailer and even find out the release date then.