Apex Legends Season 7: Ascension is packed with new content in what may be the biggest, best patch yet. The new map, Olympus, is a city in the clouds that is filled with attractive aesthetics, hidden loot, and attention-grabbing POIs. Horizon is introduced as the season’s newest playable legend and is capable of some of the most entertaining abilities yet. The R99 SMG is back on floor loot, as requested by many fans since its transfer to the crate drops. Additionally, Apex Legends is trying its hand at vehicles, with the Trident hover craft making its debut.

All of these elements combine to form one of Respawn’s most solid, exciting content drops yet. Weapon balance feels right, audio issues aren’t as prevalent, legend diversity appears healthy – Ascension certainly has promise for old and new fans alike.

Olympus Is A Marvel 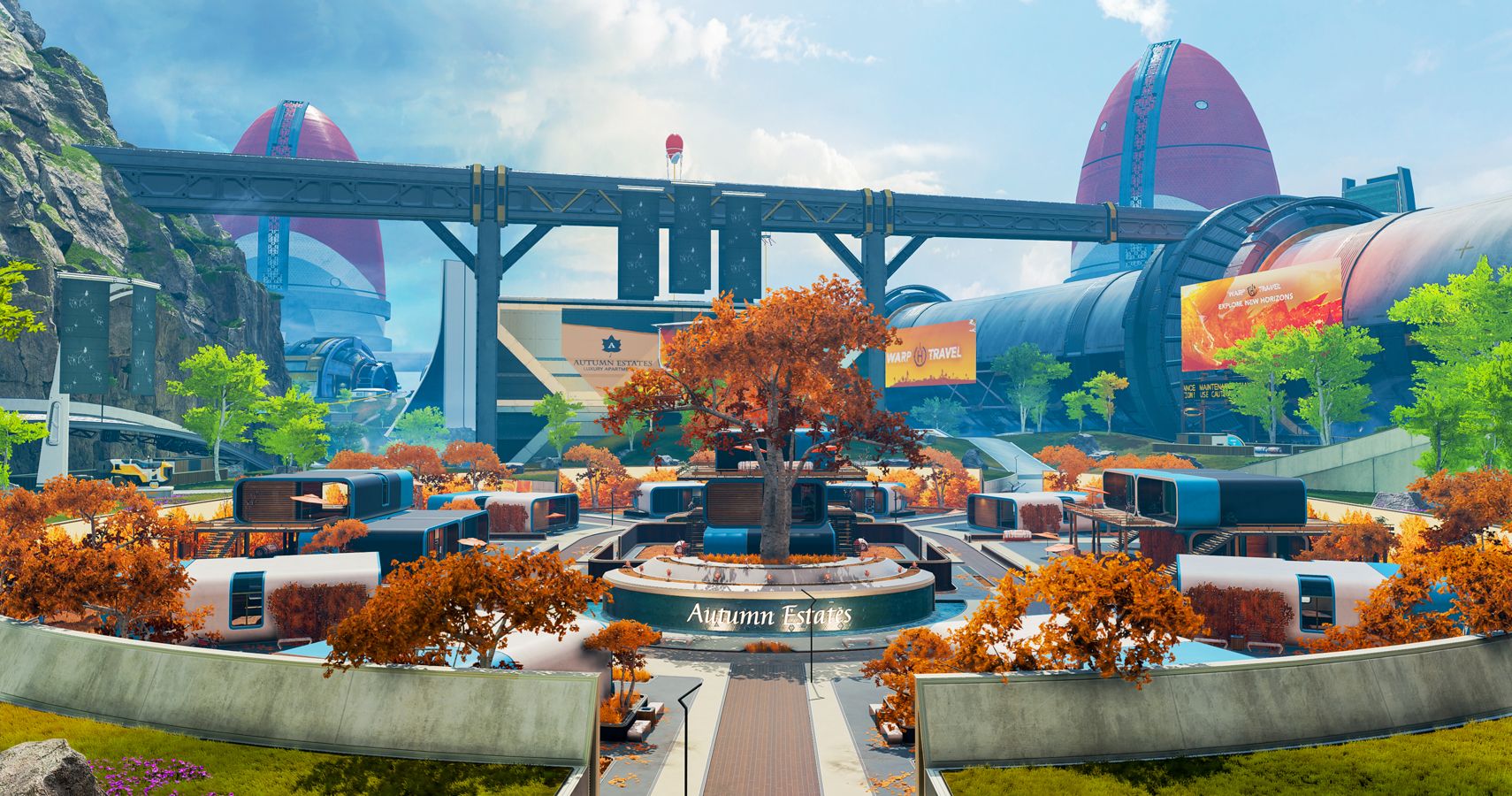 For starters, the new map looks beautiful. It is difficult to traverse Olympus without getting distracted by its wealth of gorgeous views. Apex launched with Kings Canyon, providing a vibrant, rugged setting for the battle royale; nothing to gawk at, but enough to win over the hearts of fans. Next, World’s Edge released as a humongous, resource-rich habitat – packing multiple environmental conditions into one map. Now, Respawn has taken things further by designing a city in the sky, featuring modern, futuristic aesthetics across multiple different landscapes.

The map is bougie. High-rise apartments, state-of-the-art farms, sustainable energy facilities, purple grass – there is no room for slums on Olympus. The entire setting makes you feel like you’re fighting in The Capitol from The Hunger Games, except way more fancy. Put it in the sky and sprinkle in a scientific, technology-heavy theme in and you’ve got Olympus. Although singular design ideas feel borrowed, it all combines to form something entirely unique. With plenty to explore and gawk at, Olympus is easily the best gift that Season 7 has to offer.

But it isn’t all looks. Subtle openings under The Oasis will lead down a long elevator shaft, revealing guaranteed gold and high-tier loot. Right under the waterfalls outside of Turbine are three containers – the center box containing more valuable loot. Traversable rifts can take you cross-map, creating interesting team rotation strategies. Hidden vent systems are peppered around the center compound. Functionally, Olympus offers plenty of secret loot and hidden routes for those who take the time to learn its layout. Otherwise, teams tend to loop around the center Turbine mountain in a circular manner. The result creates an intriguing, new gameplay pace that feels balanced. 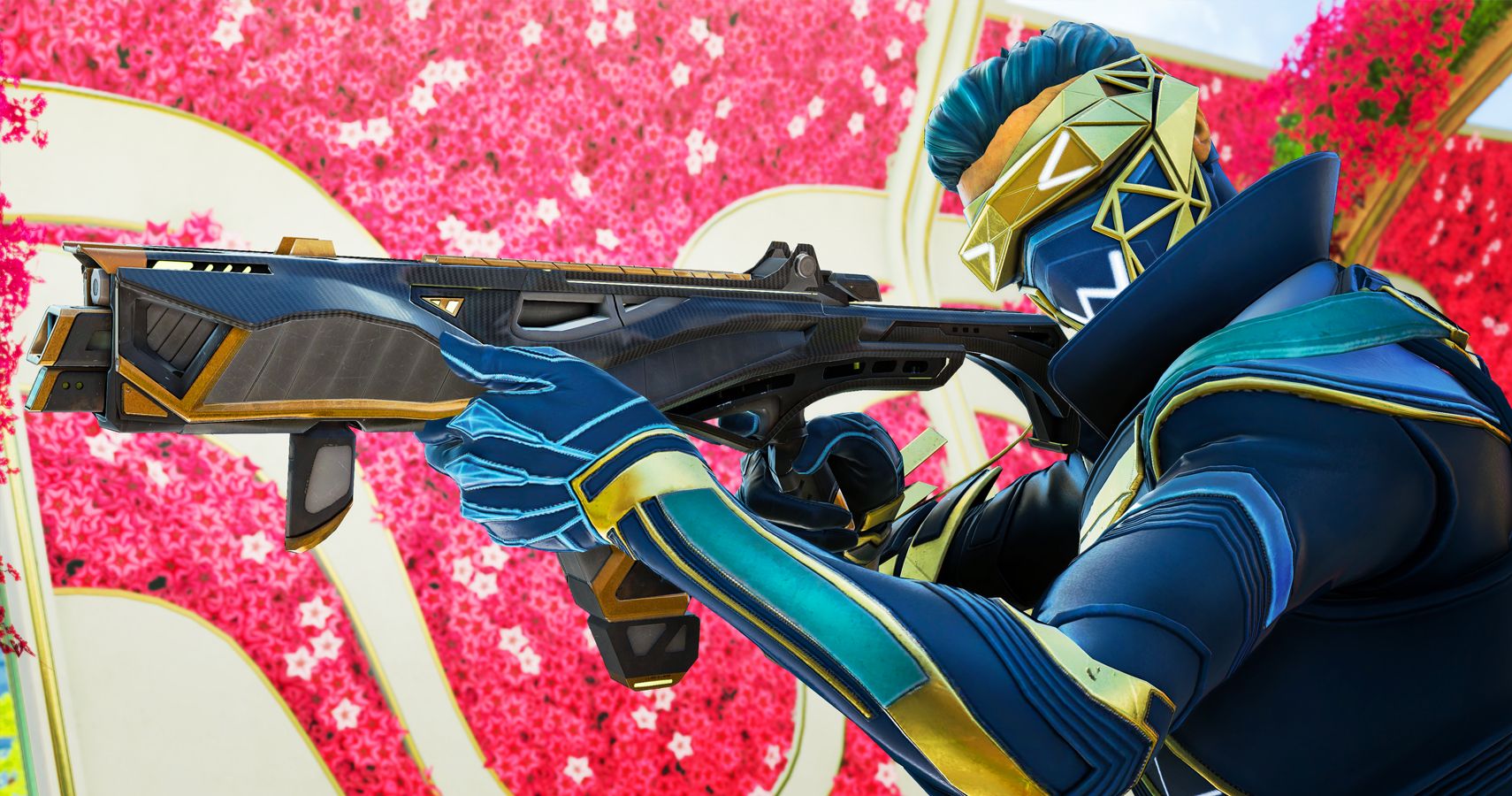 Serving as a treat for loyal, patient fans since launch, the R99 SMG has returned to floor loot. Its not a secret that the fast, hard-hitting weapon is a fan-favorite, and Respawn’s move to lock in into the sky drops left many players upset. To the relief of plenty, the R99 is back and feels just as good as ever.

However, it is now quite easy to notice how naturally the Volt replaced the R99 in the meta. The old SMG chews through light ammo, and isn’t quite as versatile and hard-hitting as the Volt. While the R99 is still satisfying to laser opponents with in the right conditions, it doesn’t feel quite as relevant on Olympus – mainly due to the usefulness of the Volt and R301. Nevertheless, it’s sure to still have its place in the meta.

Horizon Is Great, The Trident Is Fine 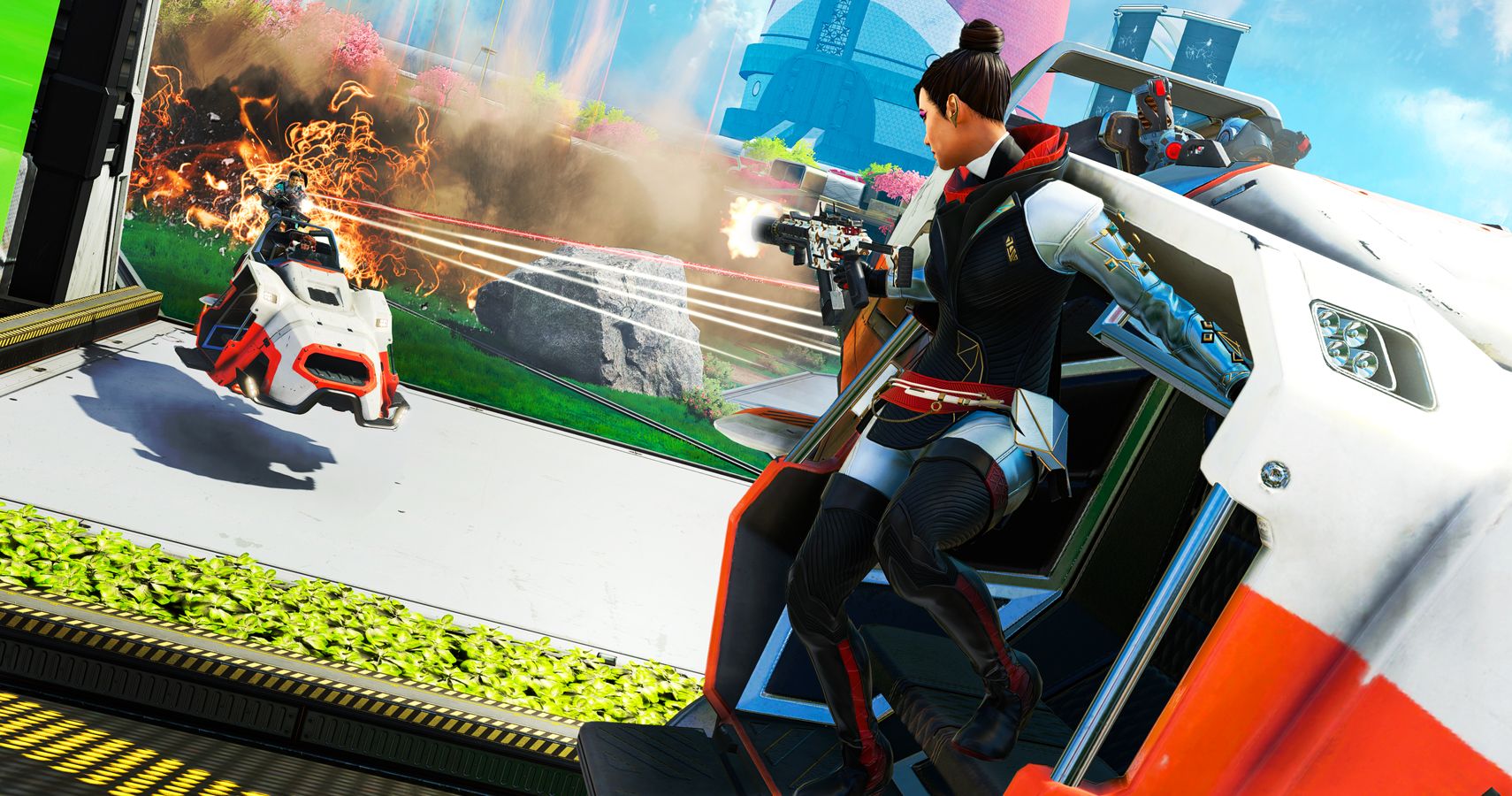 Horizon is a blast to play. Arguably, she is the best legend to hit Apex since the induction of Wattson into the games. Her tactical is called Gravity Lift, which throws a small device that will temporarily lift up characters that step on it. It has a very short cooldown and can be used rapidly. The lift is perfect for helping the team’s mobility, hampering campers’ positioning, or even for performing acrobatics to throw off pursuers. Horizon’s passive simply allows her to fall from great heights without the temporary stun effect, giving her a slight edge in mobility. Her ultimate, however, takes the cake. She deploys a drone named NEWT, which creates a temporary black hole that sucks all players together towards the center. While it can be destroyed, it is perfect for disrupting any entrenched opposition. It’s hard to say whether or not Horizon will find herself in the competitive meta, but she is simply a fun legend to play on Olympus.

Lastly, the Trident vehicles have strong presence throughout Olympus. Luckily, they aren’t big-bad mechs that change the game as we know it. Rather, they function as loud, zippy transportation devices. They’re easy to hop in and out of, extremely fast with a temporary boost ability, and have solid maneuverability. Although they don’t break the game, they do feel a little out of place. It seems the developers wanted a creative alternative to ballooning across the map (there appear to be less balloons on Olympus) – but it paints a target on your squads’ heads. When the Trident is shot, all team members take evenly distributed damage. Based on the gameplay preview, they were only useful to highly skilled players for hunting newcomers more efficiently, or for travel when no threat is around – just be sure not to throttle directly off the map. Otherwise, they are fun to pilot yet seem a bit distracting from Apex’s core gameplay.

Overall, Apex Legends Season 7: Ascension is absolutely worth your attention. Considering that players can explore the stunning new map, Olympus, for free – that alone is worth counting down the days until November 4.

NEXT: Get To Know Horizon In New Apex Legends Trailers 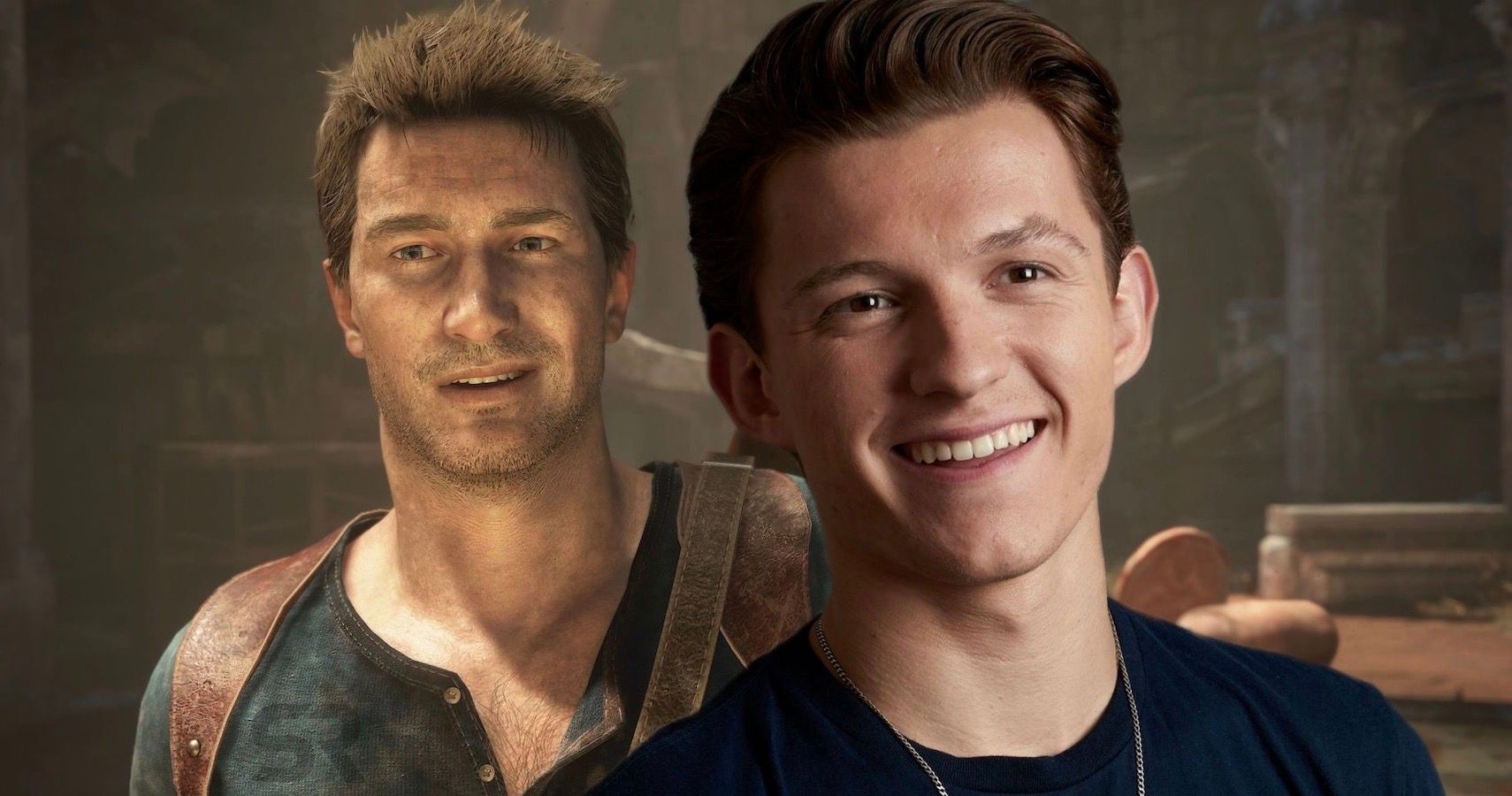 A bit of musical expatriate, Andrew studied trumpet performance in college before drifting towards his love for creative writing and video games. Some of his favorites include Homeworld, Warcraft III, Starcraft 2, Apex Legends, Cuphead, Katana Zero, and Bastion. When not hunched over a keyboard furiously typing, you’d likely find him engulfed in anime or Apex — avoiding the sun entirely.

Fortnite down: How long are Fortnite servers down for Season 5 update?