There are so many different creatures to be found in Ark: Survival Evolved, and the Genesis Part 2 DLC added a few new ones to the list. They provide a new dimension to the game as each one has a special spark that makes it unique. It is no wonder that so many players want to tame them as they have both incredible looks and abilities.

A total of seven new creatures were added to the game and they can be found all across the map. There are also R-Creatures, but they are just variants of those already in the game that are specific to the Genesis Part 2 DLC biomes so they have not been included. Some are easy to find, while others can take a bit of searching before you come across them in Ark: Survival Evolved. 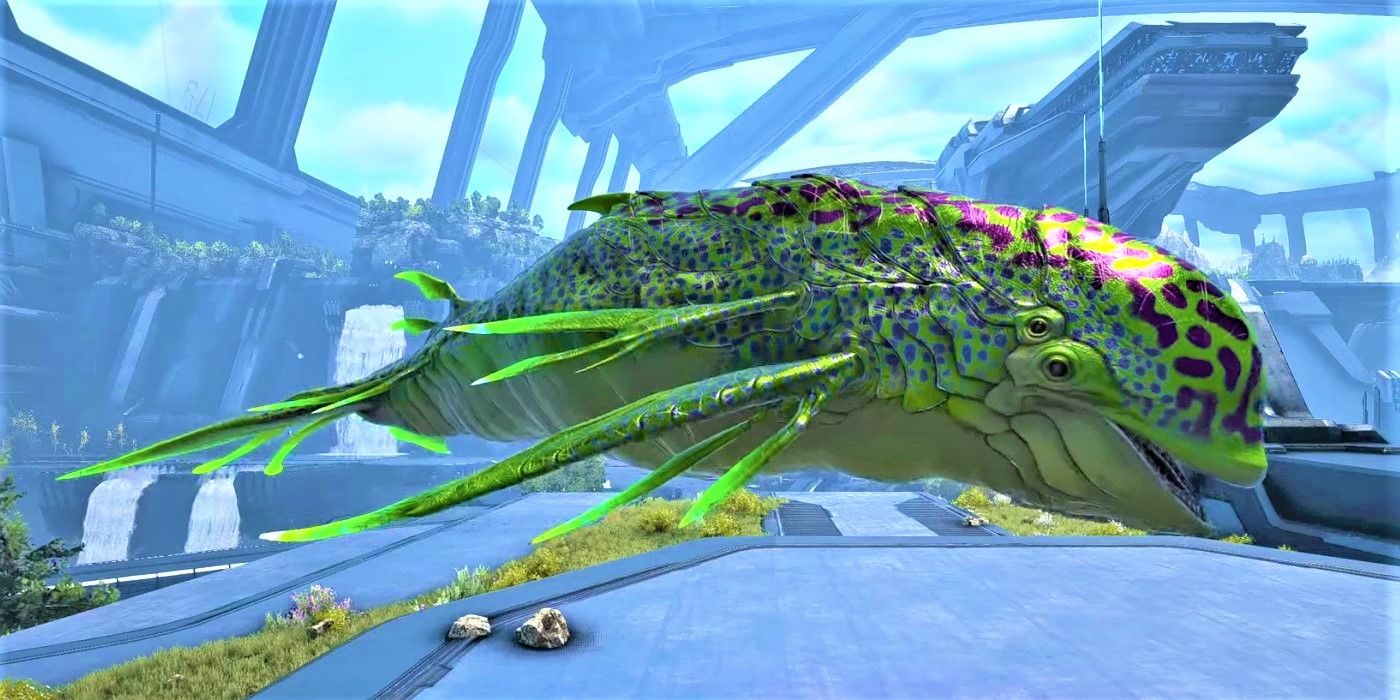 Dolphins and space are combined to create the Astrodelphis as it swims through the air. It is similar to the Astrocetus and Ichthyosaurus, but it has an extraterrestrial appeal to its bizarre design.

If you happen to let this creature come too close, then it will attack with repeated bites and call on its fellow brethren to help win the fight. However, if you manage to kill it, as its health is quite low, then you will be rewarded with Raw Meat and Hide.

You can tame it by petting it twice and then feeding it Element, and it is a great form of transportation as its saddle comes with thrusters and lasers. If you draw a line going North and South in the middle of the map then this is where you will find the Astrodelphis. 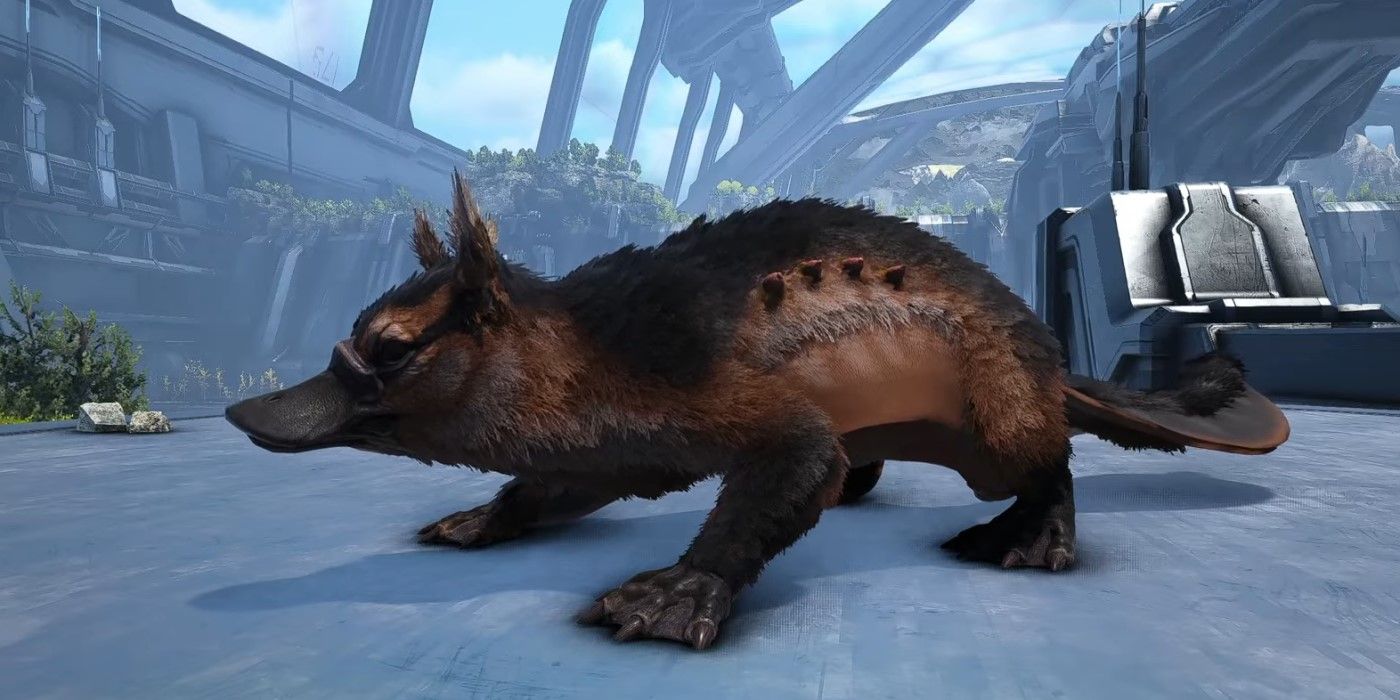 The Maewing is a combination of a platypus and a sugar glider as it uses its abilities to traverse land, air, and water. It also has a knack for stealing the offspring of other creatures throughout the map, and it will even care for them.

This creature is fairly docile, but if you do decide to kill it then it will drop Hide, Raw Meat, Pelt, and Keratin. You can find it in Eden along the northern half of the map, and they are quite easy to locate.

You can tame it and use it for transportation and for carrying up to four baby creatures, but the process is a bit involved. If you want to tame a Maewing for yourself you can use this guide to learn how. 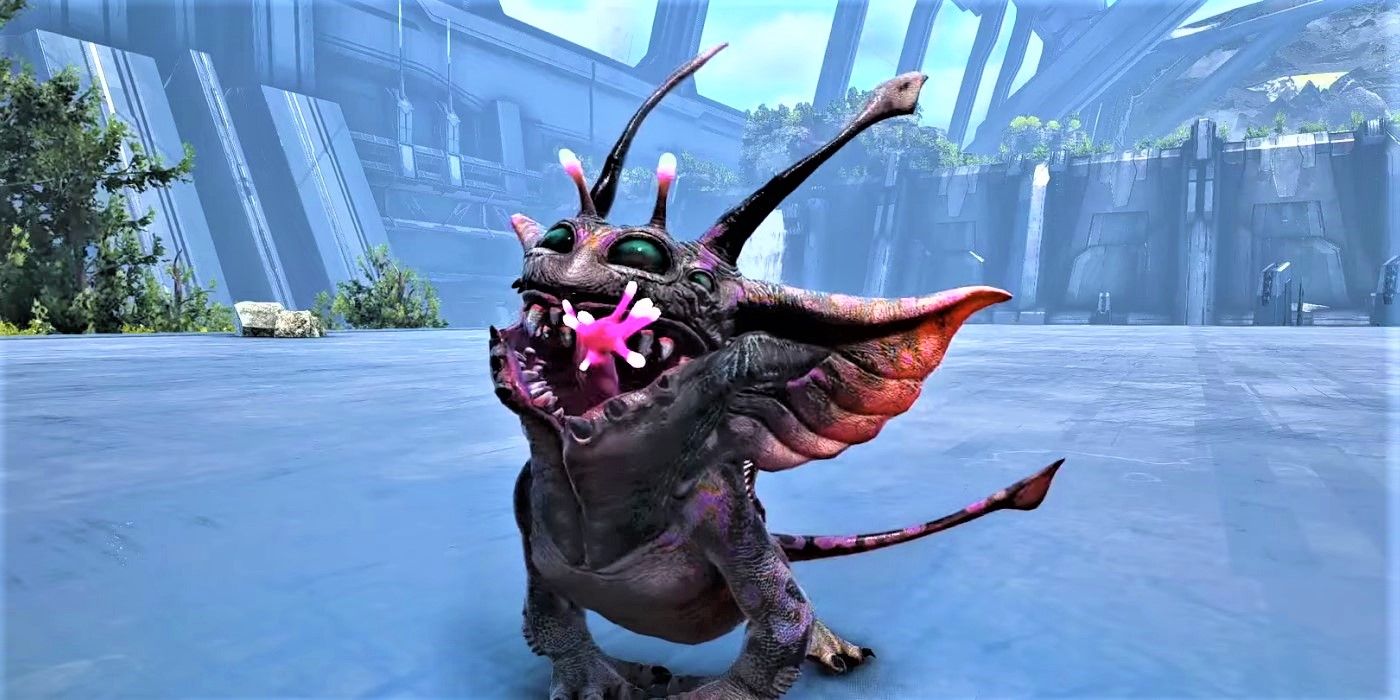 The Noglin is a strange but fun creature as it can control the minds of other creatures and survivors. It can be found along the river at Latitude 50 on the Rockwell side of the map, but you will have to keep your eyes peeled as it is hard to spot.

It can be tamed by allowing it to mind control your own tames, and you can learn more about the process in this guide. When you do tame this creature, you can take over its control and run around to latch onto creatures yourself. This will then give you the ability to wreak havoc as another creature now that its movement is in your hands.

The Shadowmane is a tameable predator who is a combination of a lionfish and a lion, which makes it a strong swimmer. It can travel alone or in packs of three or more, and killing it will provide you with Raw Meat, Keratin, and Hide.

This creature uses the power of invisibility to stalk its prey, but you can still see it as there is a faint shimmer around its body and it leaves pawprints behind. They can also teleport in case a potential victim tries to run away from a fight.

You want to fight them with a group of tames, however, beware as they can cause a rider to dismount by stunning a tame. If they do happen to chase you the best option is to take to the skies as their teleportation is limited.

If you want to tame a Shadowmane you will have to find them during the day when they are resting, and they are most plentiful in the southern half of the Rockwell side of the map. It is tamed nonviolently by approaching it with a filled Fish Basket, but make sure not to wake the sleeping beast.

The Tek Stryder is a mechanical creature that reminds players of a giraffe and it can be found most often on the Eden side of the map where you should build your base. It is docile until attacked and if you kill it then it will drop Electronics, Oil, and Organic Polymer. It does have a lot of health and its stomping attacks can deal a lot of damage, so be careful upon your approach.

The cool thing about this creature is that once it is tamed you can transform it into whatever you want it to be. For example, you can give it an Excavation Rig for harvesting, or a Pulse Cannon Rig for combat.

If you want to tame this creature you must to have Mutagel in the ‘0’ slot on the hotbar and completed a set amount of missions. You will hack into it and then partake in a minigame in order to speed up the taming process. 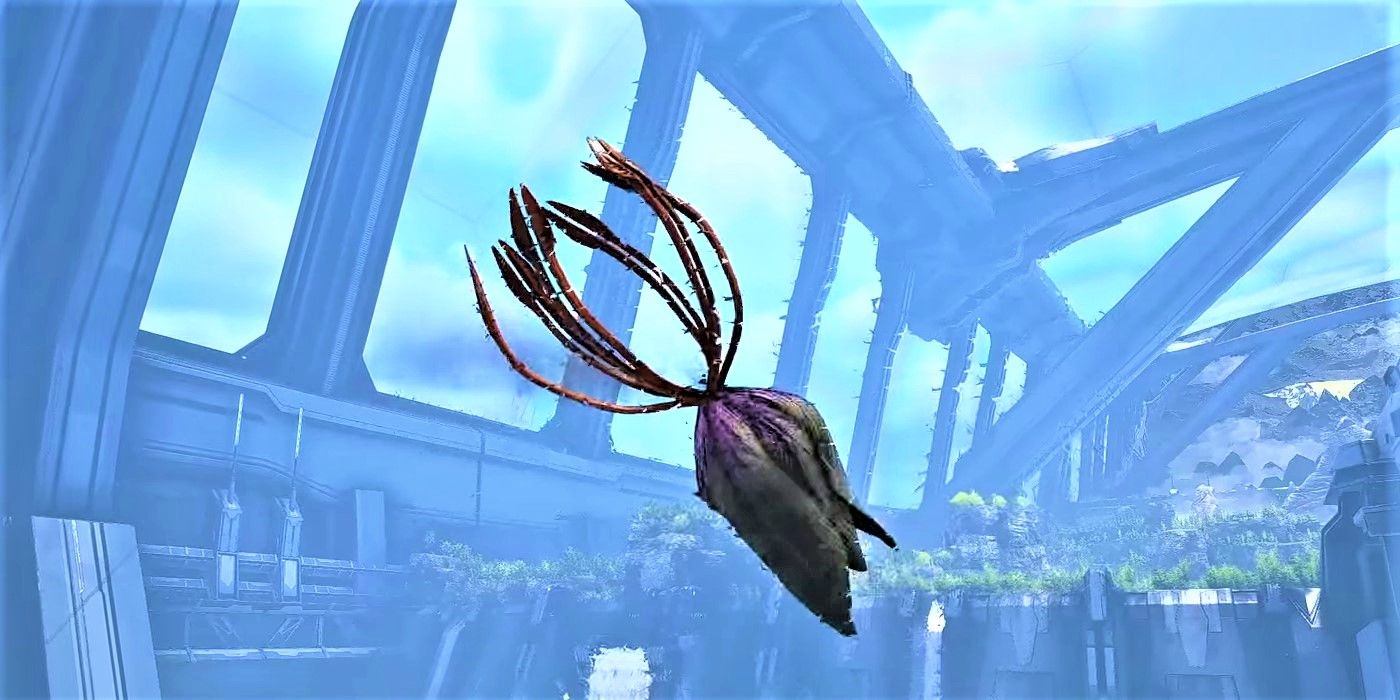 The Summoner can be found in the southern portion of the Rockwell side of the map and along longitude 20 to 25 in the Innard’s Biome. They are an extremely aggressive species that will teleport in front of you and release a loud scream.

They will fly around pointing a searchlight and they will not attack unless you enter into it.  Once they are engaged in a fight they will fire projectiles that summon a set of dinosaurs, but while doing this they are vulnerable to attack.

It is not a creature you want to mess with, but if you kill it off then every creature it summoned will die along with it. The Summoner can only be force tamed using cheat codes so your best bet is to run if you come into contact with this menace.

The Tek Wyverns patrol the middle of the map between Eden and Rockwell and can be found near the asteroids. It is a mechanical creature and highly resembles a typical Wyvern.

They have a powerful breath attack that does a great job of knocking survivors off their tames. It can be tamed, but you have to ride it and you should expect to be bucked off more than once, so make sure your character stats are upgraded.

First, you must lower its health until it turns blue, then you must ride it. You should be feeding it Mutagen every time it rolls and after a few attempts, you will have a new tame.