A new episode of Pokemon Journeys aired in Japan on Friday, and in it, Ash finally ascended to the highest class in the World Coronation Series. After defeating Raihan, Ash brought his rank to eight, moving him into the Master Class where he will face his final opponents. At the end of the episode, the full Masters Eight was revealed, and while Ash certainly has some stiff competition ahead of him, it’s clearer than ever that he’s on track to become the Pokemon Master he’s always aspired to be.

The Masters Eight is made up almost entirely of regional champions, as well as Alain, who defeated Ash with his Mega Charizard to become the Kalos League Champion. The eight contenders are: Leon, Lance, Steven, Cynthia, Iris, Daintha, Alain, and Ash. All of Ash’s upcoming battles will be rematches, and though Ash has yet to defeat several of these masters, he’s in a better position now than ever before.

We don’t know exactly what Ash’s final lineup will be as the return of Greninja suggests there might be a last minute swap, but based on his last fight with Raihain, Ash’s team consists of Pikachu, Dragonite, Gengar, Lucario, Sirfetch’d, and Dracovish. That’s a powerful team with great coverage, but what makes his lineup especially powerful is the battle gimmicks Ash has mastered. With his Z-Ring, Pikachu is able to use its Z-Move 10,000,000 Volt Thunderbolt, the most powerful Z-Move Ash can access. His Key Stone allows Lucario to Mega-Evolve, which is a somewhat recent discovery for him. Additionally, Ash has a Dynamax Band, which he uses to Gigantamax Gengar. In the most recent episode, Gigantamax Gengar used Max Starfall for the first time. If Greninja does rejoin his team, Ash will also have Ash-Greninja, one of the most powerful Pokemon he’s ever had. Ash has access to every trick in the book, and the rest of the finalists should be worried.

Ash has already proven he’s a better trainer than two of the Masters Eight. He beat Diantha and her Mega-Gardevoir with Ash-Greninja and he beat Iris in the Pokemon World Tournament Junior Cup semi-finals in Unova. Ash’s Gengar should be able to make short work Daintha’s Gardevoir in a rematch, while Iris, who is presumably piloting an all Dragon team, can be countered by Ash’s Dragonite and Dracovish. Neither contender should be able to slow Ash down too much. 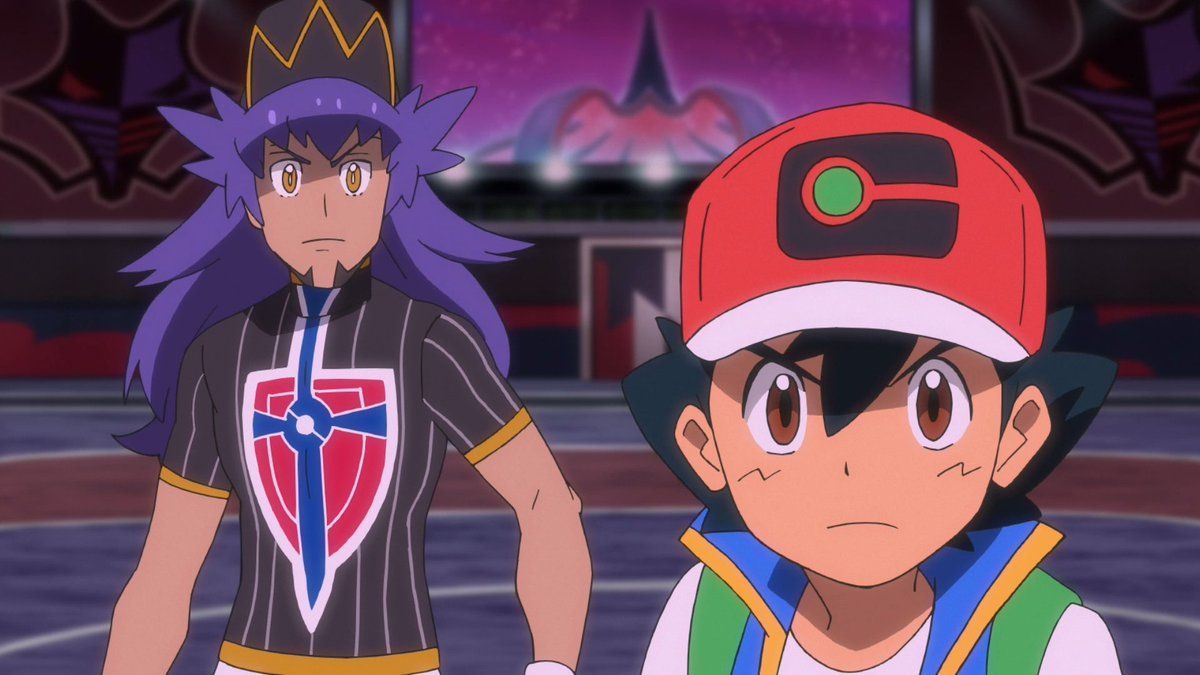 Ash has never battled with three of the Masters Eight, Steven, Lance, and Cynthia. The Fighting-types Sirfetch’d and Lucario will be Ash’s ace in the hole for Steven’s team of Steel-type Pokemon, while Lance’s two Pokemon, Dragonite and Red Gyrados, shouldn’t pose much of a problem for Pikachu, Dragonite, and Dracovish. The real fight will be with Cynthia, who has one of the most well-rounded teams of all time. Cynthia has studied Ash’s battle style for years and would certainly make a worthy adversary in the final stretch of the tournament. Her team includes Garchomp, Gasatrodon, Glaceon, Kommo-o, and Roserade. Ash doesn’t have many advantages here, but two of the eight, Alain and Leon, have a Charizard that can make short work of Glaceon and Roserade, so Ash may never have to battle Cynthia at all.

The last two trainers have both beaten Ash previously. As previously mentioned, Alain defeated Ash with his Mega Charizard and became Kalos League Champion. His team includes Mega Charizard X, Metagross, Tyranitar, Weavile, Bisharp, and Unfezant, making Alain by far the most dangerous opponent in the championship. Tripling up on Dark-type with Tyranitar, Weavile, and Bisharp does leave Alain vulnerable to Sirfetch’d and Lucario, which Ash didn’t have during their last match. Pikachu counters Unfezant and Charizard, while Gengar counters Metagross, so it’s possible this battle won’t be nearly as difficult for Ash the second time around.

The final contender is Leon, who only poses a significant threat to Ash for narrative reasons. Ash battled Leon and lost at the very beginning of Pokemon Journeys and has been building a team to one day defeat him ever since. They formed a strong friendship after taking on Chairman Rose and Eternatus together and has been a constant figure throughout the entire series. Though he only has two Pokemon, Gigantamax Charizard and Dragapult, Leon is too important to the series – and Ash’s journey in it – to fall over easily. There’s a lot of unknowns right now, but we can be almost certain Ash and Leon will have their fated rematch before all is said and done.

As unlikely as it may seem, Ash’s adventure may soon be coming to an end. The entire Pokemon series has been building to the day when Ash becomes a true Pokemon master, and that moment could be coming this summer. Whether he wins or loses, its unlikely we’ll ever have a Pokemon League with this much build up again. Ash has the best team he’s ever had, now we just have to wait and see what he does with it.