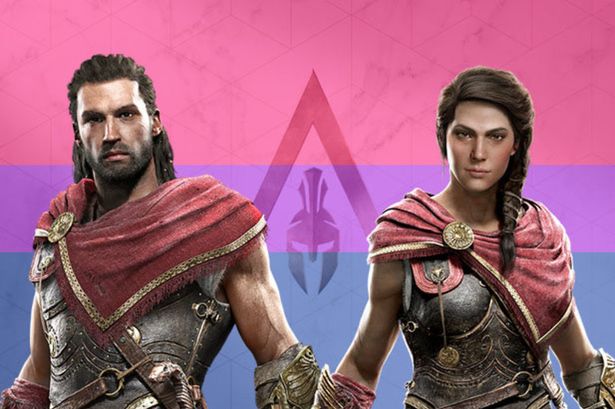 I never thought I'd be asking about Bi Visibility and Bi Erasure in an Assassin's Creed interview.

But Assassin's Creed Odyssey isn't like any other game in the series so far. Over 13 years, Ubisoft has been building its historically-inspired brand and evolving it bit-by-bit, some humps taking longer to get over than others.

Last year, we saw a 'soft reboot' of the franchise via Assassin's Creed Origins – a game which widened the scope of the series' sandbox formula (literally and figuratively) by travelling to Egypt, circa 47 BC.

The game repositioned Assassin's Creed as a real contender in the role-playing game space – something it had neglected before, opting for more 'accessible' action-based gameplay.

Origins started the series down the path towards true player choice and involvement, and Odyssey is taking that so much further than we ever thought it would have.

Ancient Greece – circa 431 BC – is the perfect playground for Ubisoft Quebec as it tests out its new lite-RPG formula.

The world is lush, war is rife and nothing is black and white – a perfect tapestry for new players to come and weave their stories into.

In Assassin's Creed Odyssey, you can play as either a male character (Alexios) or a female character (Kassandra). As a roleplaying game, there are romance options in the title, too. Certain citizens, whether they're Roman, Spartan, Athenian or any other nationality besides – can be wooed.

This being Ancient Greece, people aren't too picky about gender when it comes to physical intimacy. If you're playing as Alexios, and you fancy yourself that strapping Greek sailor, it's likely he fancies you too.

This is one of the first games I've played where you're not punished for being bisexual.

In fact, if anything, the game rewards you for being thirsty – if you want all that precious experience, and all that exotic loot (and more people manning your ship), you're probably going to want to romance everyone you can. Fun aside, it's just how you're supposed to play it, right? 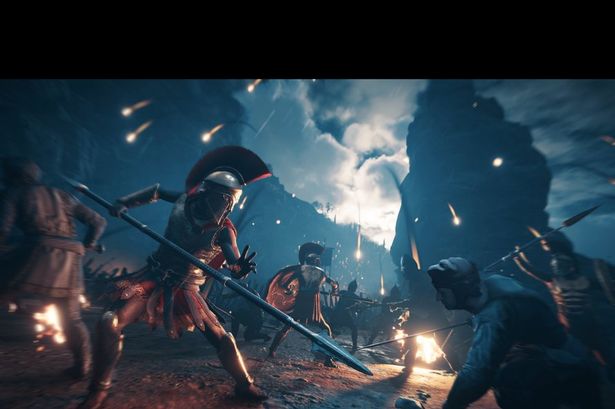 "There are three things we try to include and improve [every time] we make an Assassin’s Creed game: the player's autonomy, their competence over time and – importantly – their 'relatedness'," explains senior producer Marc-Alexis Cote when we ask him why Ubisoft opted to include bisexual characters and romance options in Odyssey.

"How players can relate to the game, and stay in sync with it is hugely important to us… You see some games – shooters, right? – they might give you a gun at the start of the game and as a tutorial, you have to shoot an innocent. That can completely break your relatedness to the game, right from the start.

"This [break from the game] is something we’ve seen time and again during our studies of how people interact with games, and when you have a power fantasy that is pre-set and unchangeable and inflexible… well, you either buy into it or you do not."

Assassin's Creed Odyssey isn't trying to sell you the power fantasy that previous games in the series have: this isn't about being this brooding, single-minded trope of a protagonist – no, this time your main character is caring, emotional, charismatic and – importantly – really quite sexy.

I was told in a presentation before my demo that this game was designed for you to be able to live vicariously in Ancient Greece: do you want to be a caring, down to earth Utilitarian player that acts on behalf of the downtrodden? Great! Go ahead!

But you can also act as this god: this arrogant, inspiring, wrathful creature that carves through Ancient Greece as a pirate, leaving a trail of broken bodies and shipwrecks behind, sailing from coast to coast to conquer more lands, win more hearts, discover more secrets. This is different to how other games have dealt with morality before – it's usually painfully binary: one path is good, and one path is bad – and the deviation from that set up something I really enjoyed in my hands on.

"We don’t put emphasis on the choices that you have made," explains Cote when I asked about the choice to make the morality gauge 'hidden'.

"I don’t know whether this is a good thing yet, or how this will be received, but we don’t [telegraph] how your choices come to pass in-game.

"You know what, it may be too subtle – people may think like ‘oh well that choice had no impact’ but it will have somewhere.

"The game is not built in a way to say ‘look, look here! There’s a consequence! Look, we’re good developers, see how we made that happen!’ We’ve built it in a way that says choices have consequences.’

"When you discuss this game with your friends, you’ll notice key differences – this is the first time we’ve built a game like this at Ubisoft. It’s not revolutionary in any way, but it revolutionises the Assassin’s Creed series for sure."

There's still a long way to go for games that include and celebrate many aspects of the LGBTQ+ umbrella, so taking victories and celebrating studios where you can is important.

And I fully believe that with Assassin's Creed Odyssey including bisexual characters who just happen to be bisexual, without it being a massive plot point or used to deliver a narrative specifically about sexuality, we're on the right steps as an industry.

As a player that has often wanted to explore beyond the heteronormative standard when it comes to relationship and romance options in games, Odyssey delivers on a key fantasy for me personally and I applaud Ubisoft Quebec for making it work.

It's a way of delivering role-playing experiences to the traditional gaming audience without taking anything away from them (you can still be a straight man if you choose to be), whilst simultaneously embracing and celebrating a whole new section of the community.

This is progress, and it's great.