The new DLC for Assassin’s Creed Valhalla is called Wrath of the Druids, and it introduced several new armor sets for players to acquire. However, some are better than others based on the combination of their stats and perks. Some armor sets take more work than others to collect, but it is worth it as they are some of the best in the game.

The armor sets are often obtained through wealth or from Azar’s Trading Post, as the developers wanted to emphasize this new aspect of the gameplay. This ranking will help you decide which armor sets you should be seeking out when you travel to Ireland in the Wrath of the Druids. 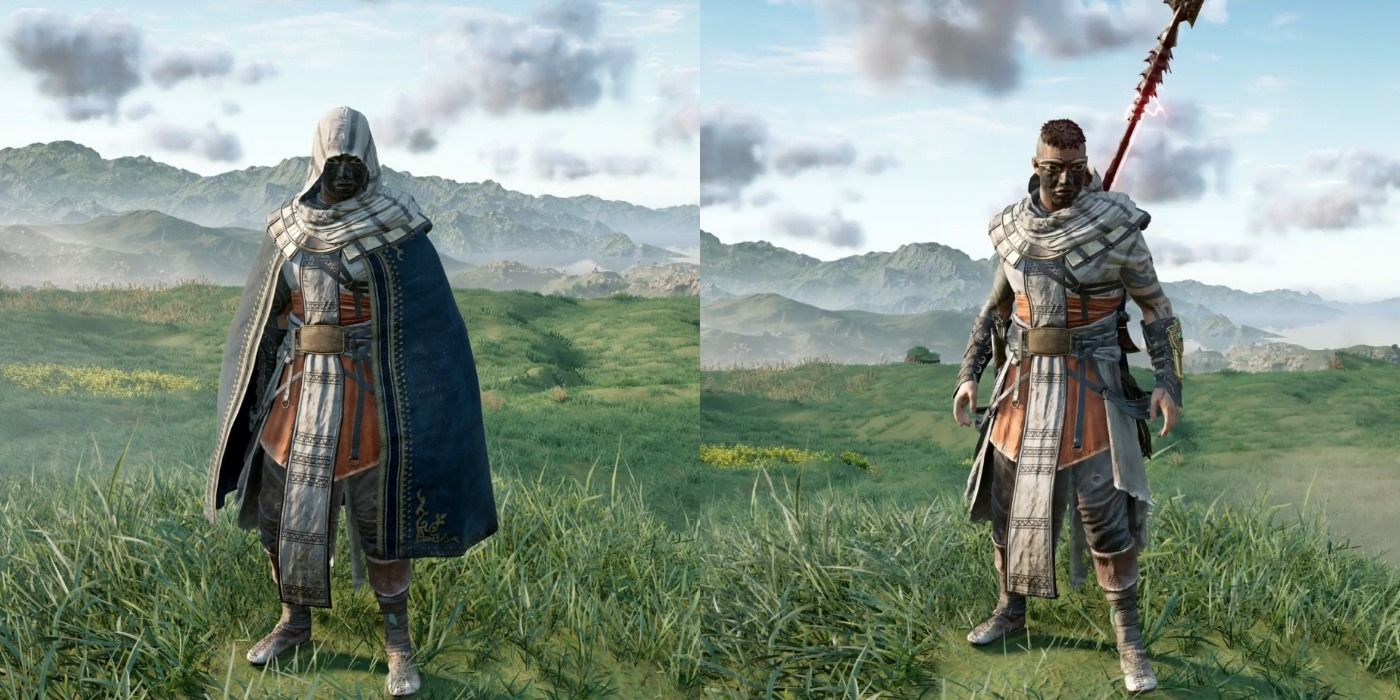 The Egyptian Armor Set can be unlocked once you upgrade Dublin’s reputation to Renown Level 2. You must then complete the contracts at Azar’s trading Post in order to add them to your inventory, but it isn’t really worth it as it is not one of the best armors.

The one reason why players do like it is because of its design which connects back to the former game in the franchise called Assassin’s Creed Origins. 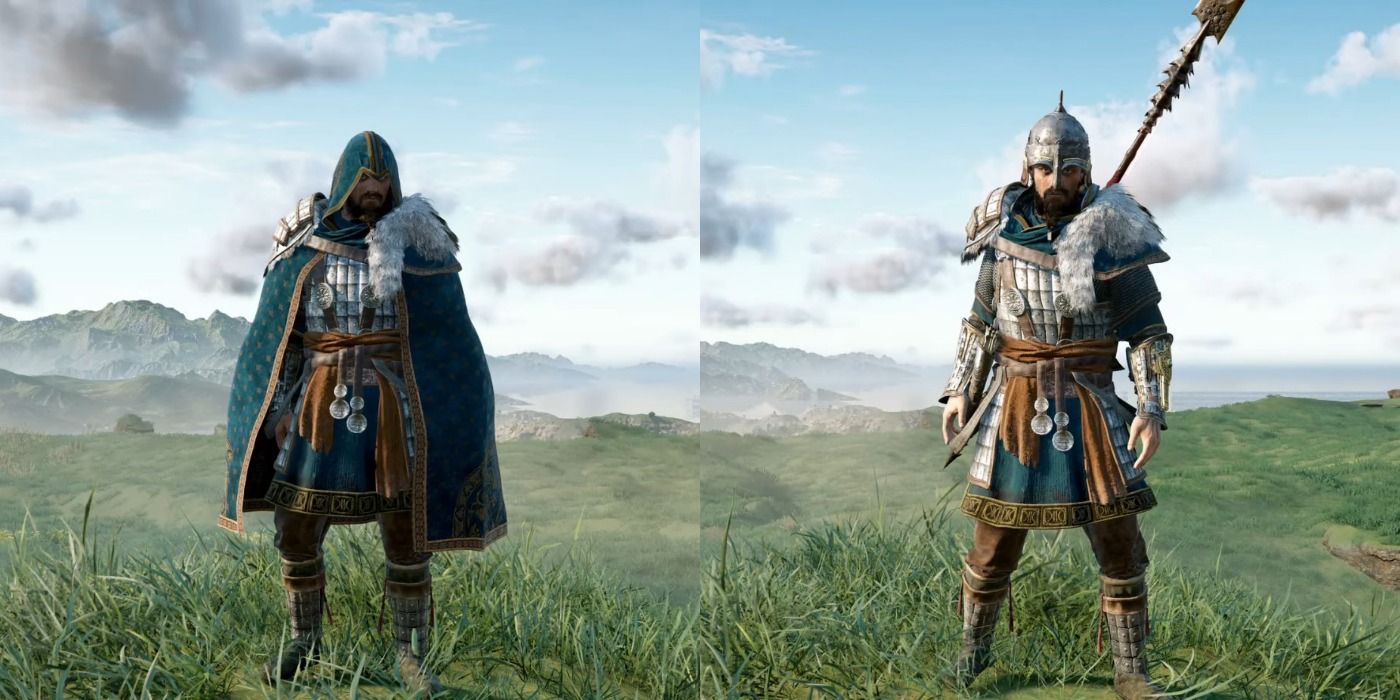 The Rus’ Armor Set has average stats, and its perk is something that players with an aggressive playstyle enjoy. It complements their build as it will increase their attack when they are surrounded by three or more enemies. The secondary perk when you have all pieces of the set equipped gives you an additional increase to your armor and melee resistance.

You can acquire this set by upgrading Dublin’s reputation to Renown Level 3 and then completing the contracts at Azar’s Trading Post. It outfits Eivor in a more traditional soldier look, which is part of the reason why it ended up lower in the rankings. 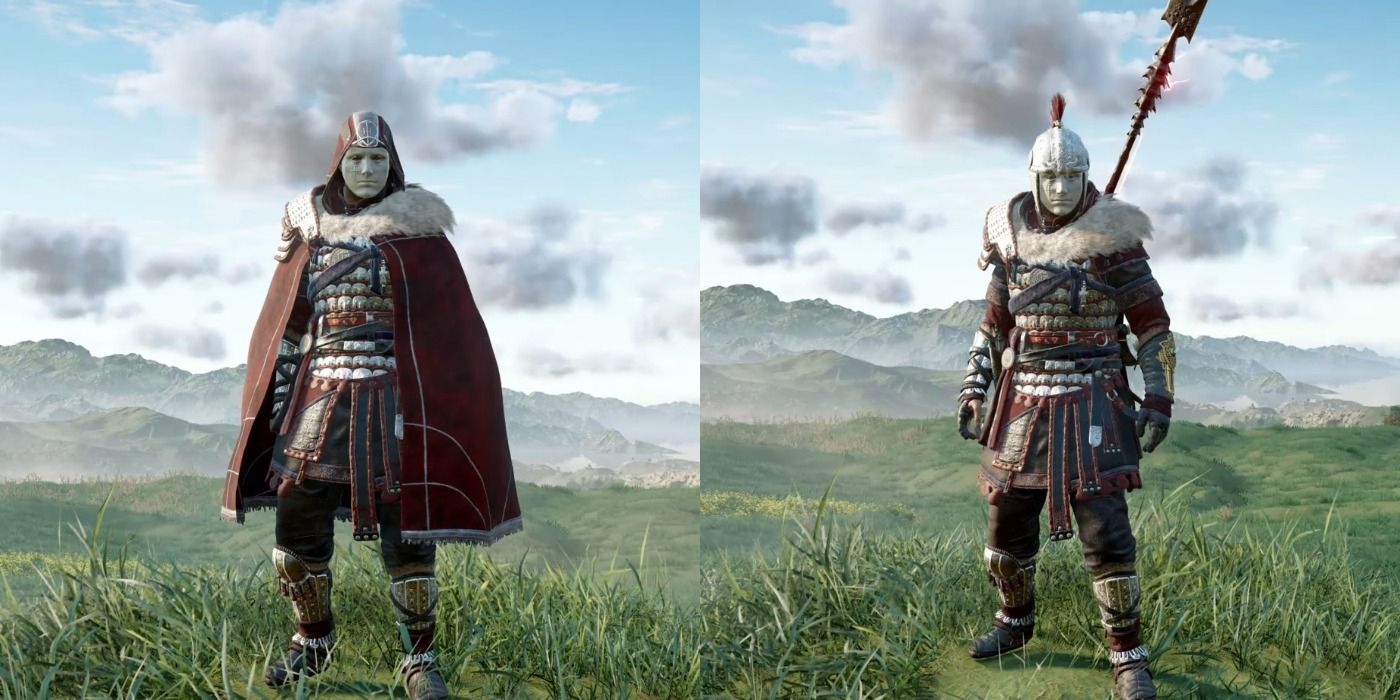 The Byzantine Greek Armor Set has stats similar to that of the Rus’ Armor Set, but they are a tad better. These two sets are fairly interchangeable and it really depends upon what perk you like better.

This armor’s perk will increase your armor after a critical hit, and it provides additional bonuses of increases to melee damage and health. It is great when you are losing a fight and need a leg up to gain the upper hand once again.

If you want to acquire this armor then you have to upgrade Dublin’s reputation to Renown Level 4, then buy the items from Azar’s Trading Post. You can also pair this with a matching spear in case you want the full package when traveling through Ireland. 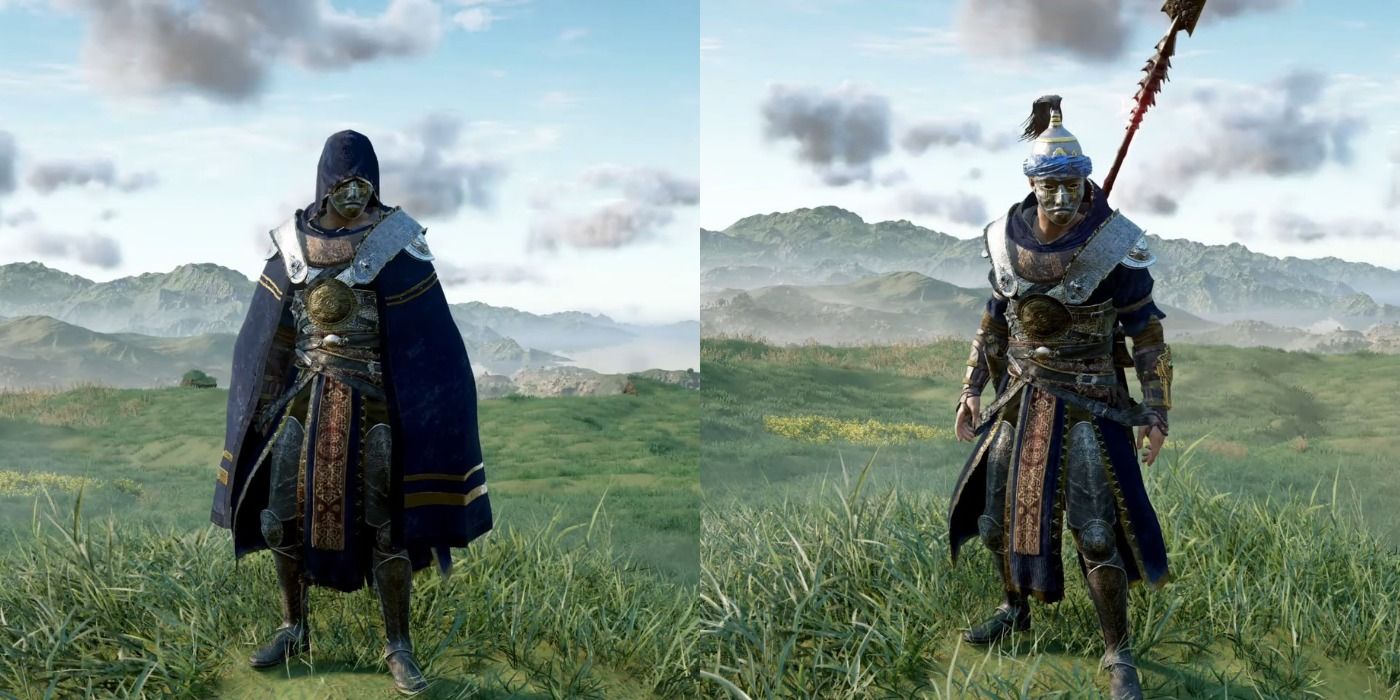 The great thing about the Iberian Armor Set is that you can acquire it early on in the DLC. You must first start Dublin’s Reach Quest, then buy all of the pieces from Azar’s Trading Post.

It has above-average stats, not to mention the design of this armor is amazingly intricate. If dodging is your main form of defense, then this perk is for you as it will increase your dodge after attack. It also grants an additional increase to melee damage and evasion as well, making it great for those who prefer to use a melee build. 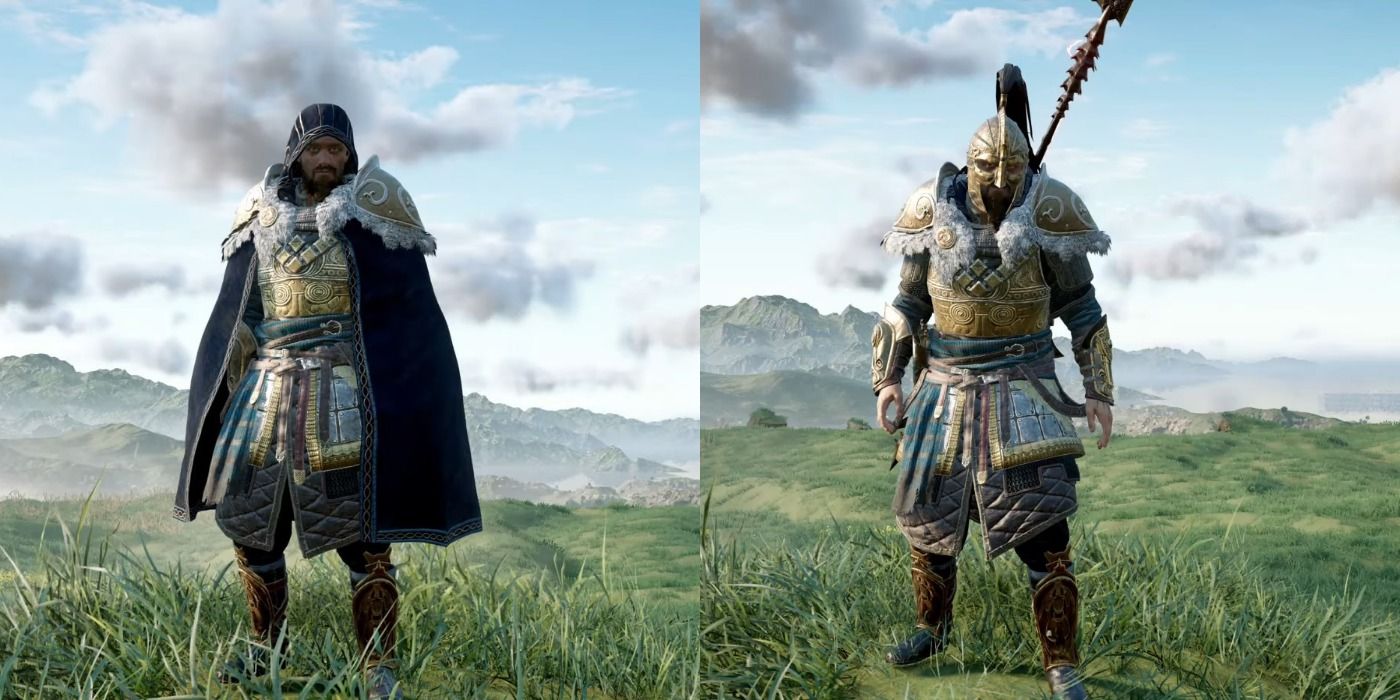 Players who prefer to use their best bow in combat will love the Dublin Champion Armor because its perk will aid them in a fight. It will increase ranged damage and stealth damage, as well as give them an additional increase when all armor pieces are equipped.

However, this is a bit difficult to acquire as three of the pieces are obtained the more you increase Dublin’s Renown. The last two pieces of the set require you to defeat the Lost Drengrs in Ireland, so it is safe to say it can take some time before you add them all to your inventory. 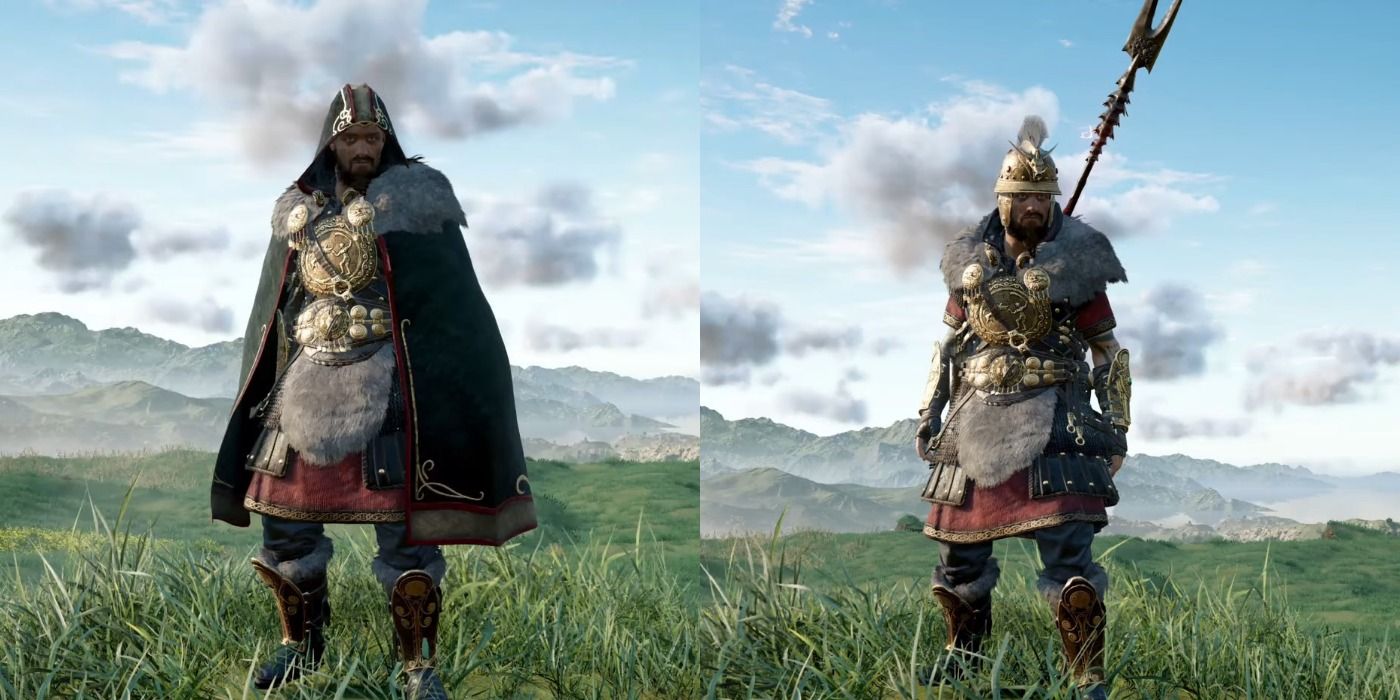 The Celtic Armor Set can be found in wealth chests across Ireland in several of its regions. Some are easy to grab, while others will require some serious stealth if you want to grab them early.

This set starts off with some great stats, as well as a perk that will help you defeat your enemies more quickly. The perk increases attack when taking damage and also grants an additional increase to melee damage and melee resistance.

If you want to find them all then this guide can help direct you to the exact locations of each piece of this set. 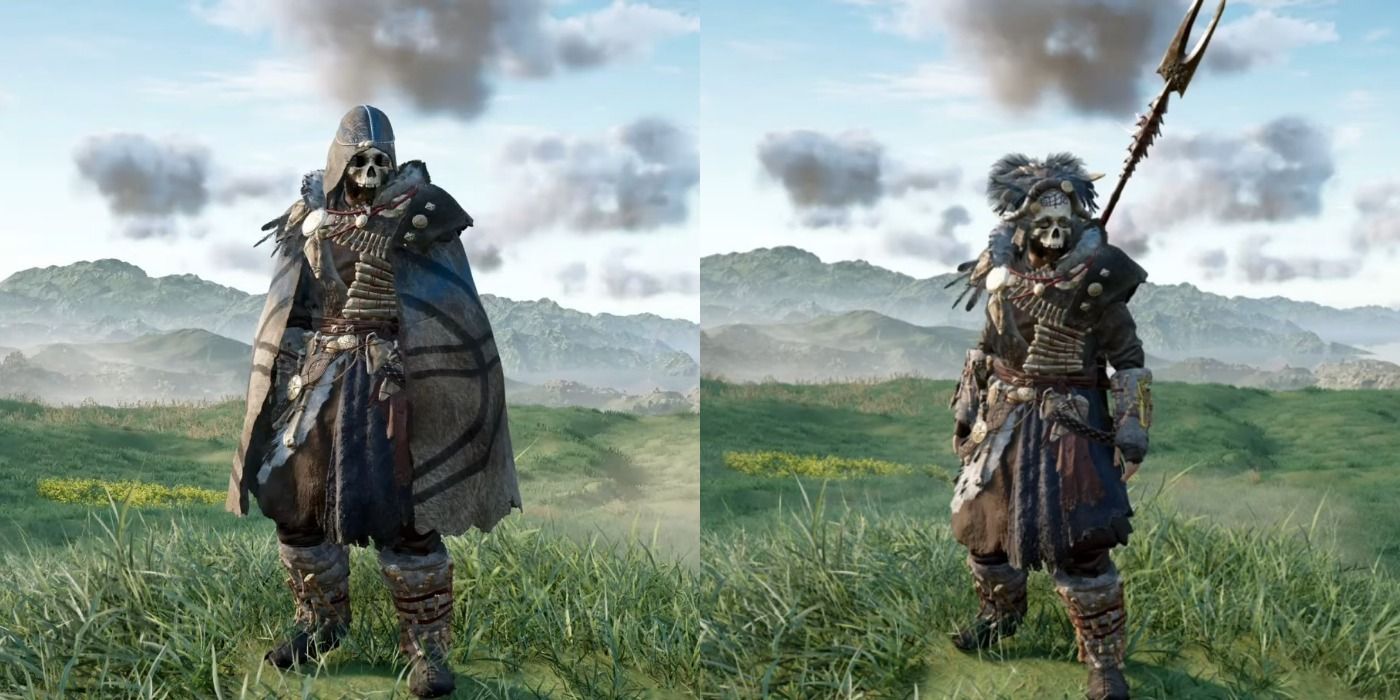 The best armor set that you can find in the Wrath of the Druids DLC is the Druidic Armor Set. Its stats are a little above average, but its perk will make you almost unkillable which is great when facing off against legendary animals.

The perk will restore some of your health after three successive hits, and it will also increase your melee damage and poison build-up resistance. The best weapons to pair with this are daggers, or even sickles, as they will allow you to take full advantage of this perk.

If you want to add this set to your inventory you will have to open the right wealth chests in Ireland’s various regions, but this guide can help you find them.