Foothold in Connacht is the next main quest in Assassin’s Creed Valhalla Wrath of the Druids after Gathering Strength.

Despite being the immediate follow-up to what is arguably the shortest and easiest quest in the Wrath of the Druids expansion, Foothold in Connacht is a much beefier quest that is significantly more action-packed and difficult.

Whether you’re having trouble finding the scout or are struggling with the waves upon waves of enemies at Cashelore, look no further than our detailed Assassin’s Creed Valhalla Wrath of the Druids Foothold in Connacht guide.

Wrath Of The Druids Walkthrough: How To Complete Foothold In Connacht 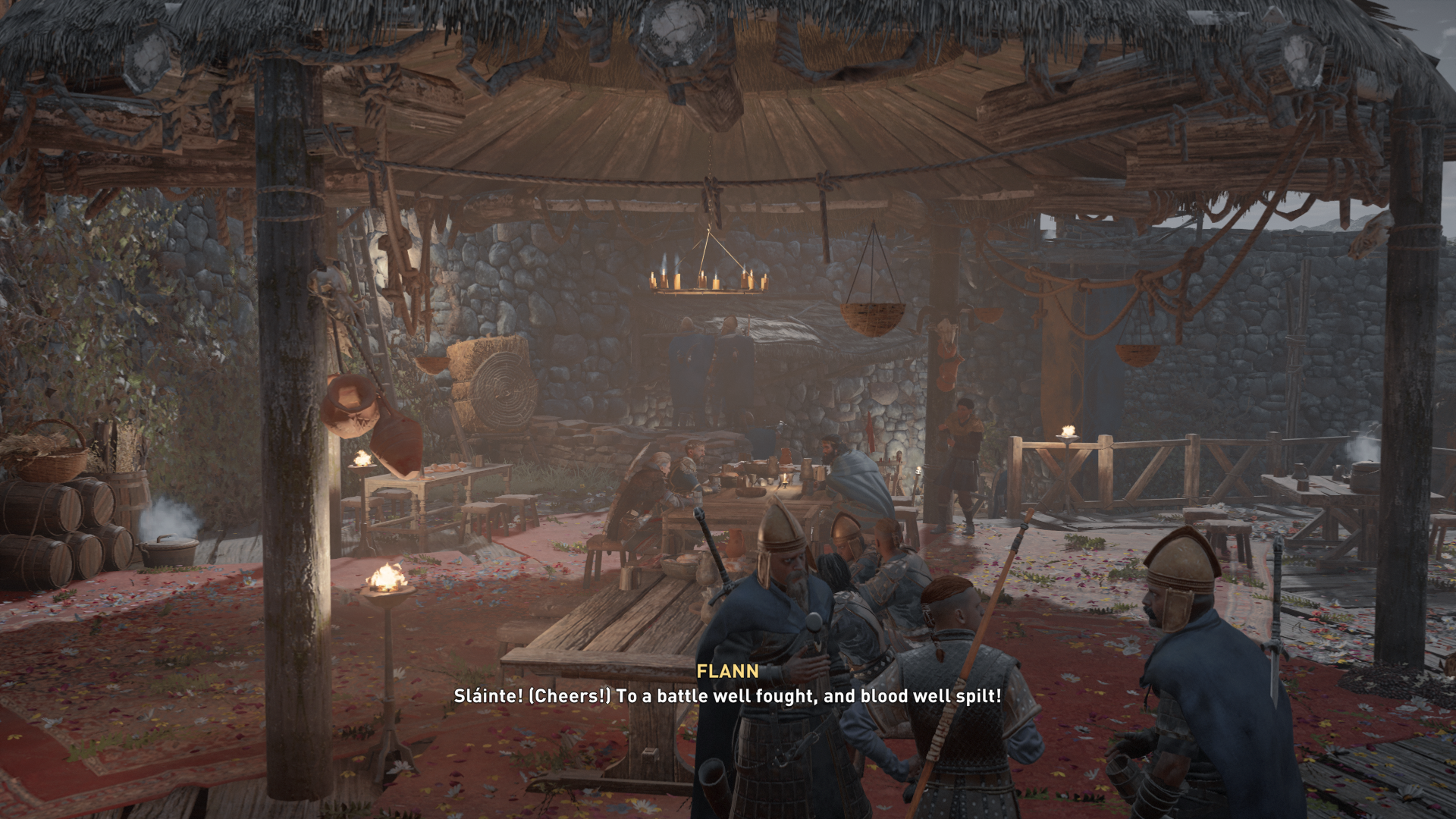 Your first task in Foothold in Connacht is to speak to Barid in the war camp immediately after reporting to Flann Sinna during Gathering Strength. Barid will tell you about Cashelore, a stronghold that must be captured in order to prevent Connacht and Ulster from strategically banding against you.

Fortunately, Barid already has a scout in Cashelore. In order to find her, simply follow the quest marker on your map. However, as is often the case in Valhalla, as soon as you get reasonably close to your objective, this quest marker will disappear.

Luckily, the scout is not difficult to spot, nor is she behind enemy lines. As soon as the quest marker disappears, simply call Synin and scan the area from the skies. You’ll see a bridge leading into Cashelore, as well as a couple of lower platforms on either side of it. The scout will be down a ladder on the left hand side, and is the only person on the outskirts of the stronghold. Once you spot her, simply walk through the main gate onto the bridge and immediately jump down to the left.

After speaking to the scout, you’ll need to make your way into Cashelore in order to open the gates from the inside. Instead of climbing back up on the bridge, walk to the edge of the platform the scout is on and jump towards the next one. Continue moving along on lower ground and wrap around the bottom of the cliffs. You will eventually reach two ladders – climb both of them, scale the battlements, and slowly move around the outside of the wall, assassinating unsuspecting sentries as you go. Once the battlements are clear, jump onto them yourself and take out all of the enemies on the ground with your bow.

You will eventually have a straight shot to the gate, which will have a green circle on it if you use Odin’s sight. Run over to the gate, hack the lock off, and Barid and Flann will storm Cashelore with their army. The only thing left to do is fight your way through the waves of remaining enemies. Whenever you full deplete a wave, you can progress further into the stronghold.

After the battle is over, find Ciara in the tower opposite where you are after the cutscene. You have an option to start a romance with her here, but she will say that now isn’t the time because your next quest is urgent. The next quest in the main story is Potion of Blood.