A stark contract to Act 3, Act 4 of Battletoads is a very short one, consisting of just one level featuring collectibles and two levels total. The six collectibles are all found on Stage 1 and will be fairly hard to miss, though some detours will need to be made in order to reach them.

The optional objective for Stage 1 is to complete the stage in under five minutes, which gives you enough leeway for one, maybe two deaths, depending on how closely you die to the checkpoint. You’ll definitely need to make extensive use of the right trigger to dash through the majority of the level if you want to get the speedrun done in time.

This level is yet another platformer, though a bit different from the ones in the previous act. The whole level consists of just descending quickly down some platforms as a wall of slime falls from the ceiling, within an area horizontally confined to your screen. You will not need to search for collectibles, they will all appear on your screen with natural progression, though you will have to be very nimble in order to get them before the slime gets you.

The first collectible will be shortly after the second checkpoint. You’ll need to bust through a wall using your dash to reach it: 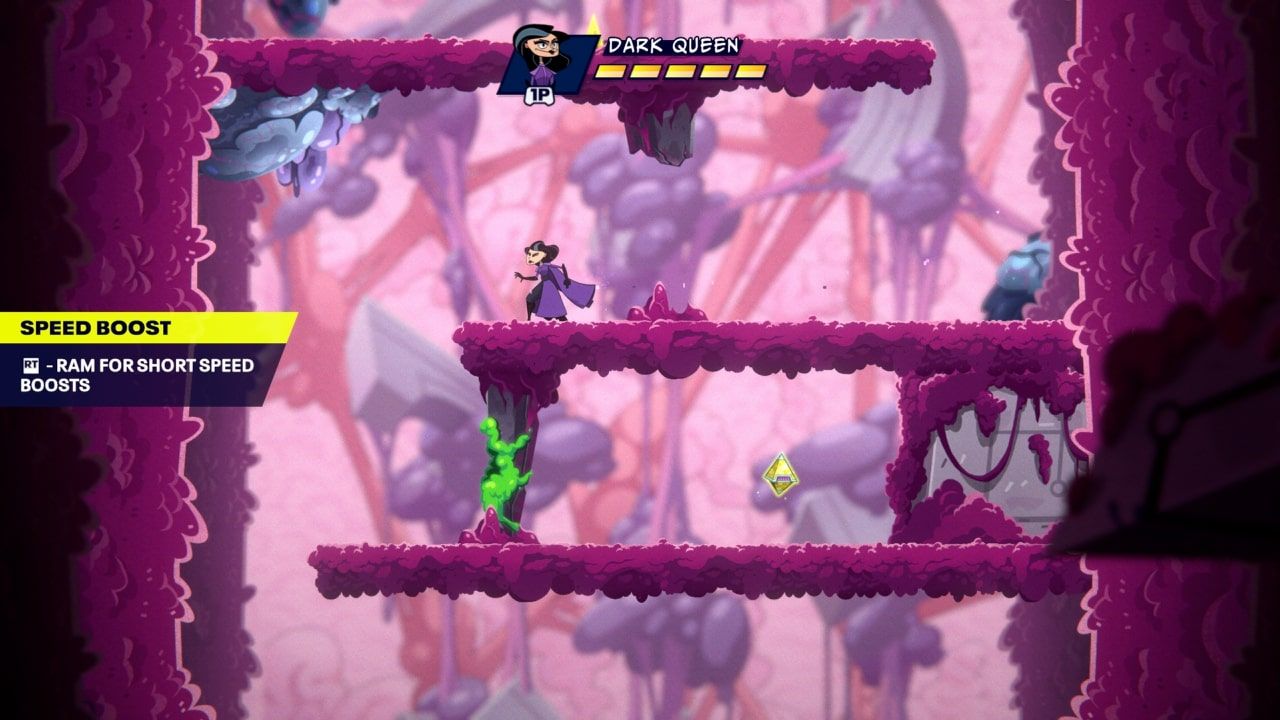 The second collectible will be attainable a short while after the third checkpoint. This one is directly in your path so it’s hard to miss. Just make sure to jump for it as  you won’t be able to reach it if you miss: 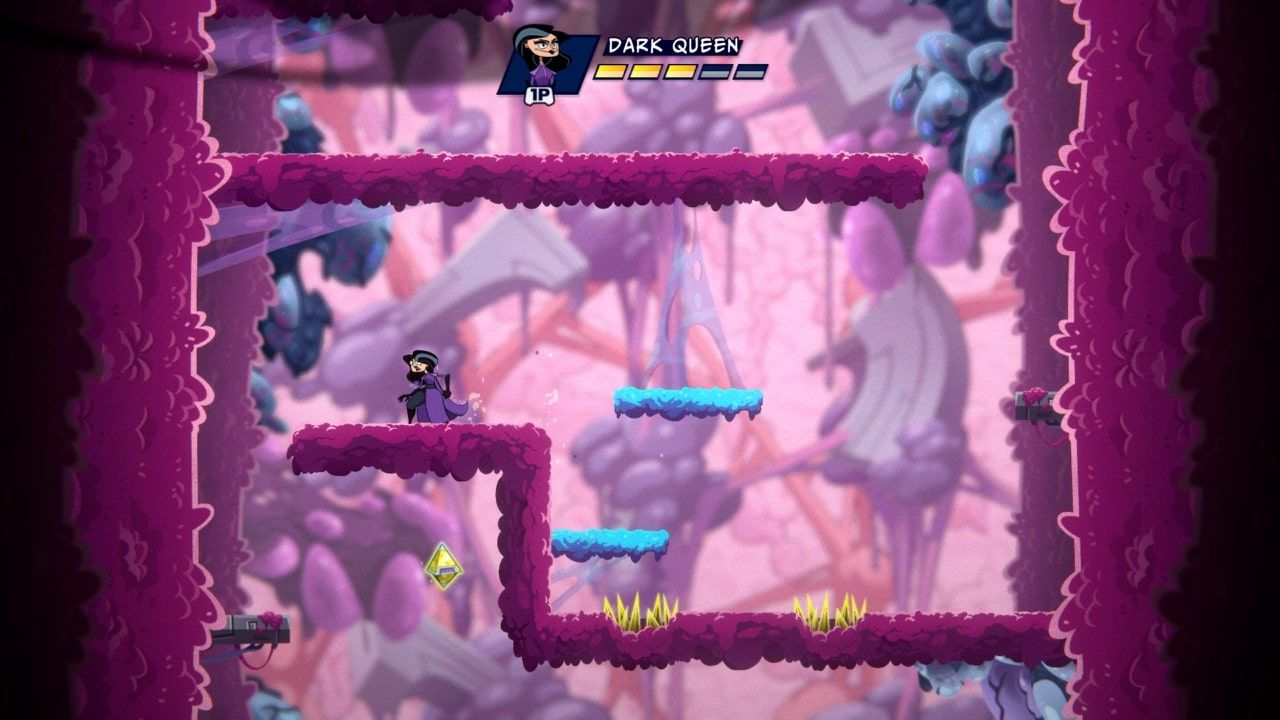 After the sixth checkpoint, you’ll come to a room pictured below. The collectible is just barely out of reach when jumping from the right side, so you’ll need to ram the green slime and ride the piston up to the ceiling to reach it. It’s a short detour but you shouldn’t have to worry about the slime catching you: 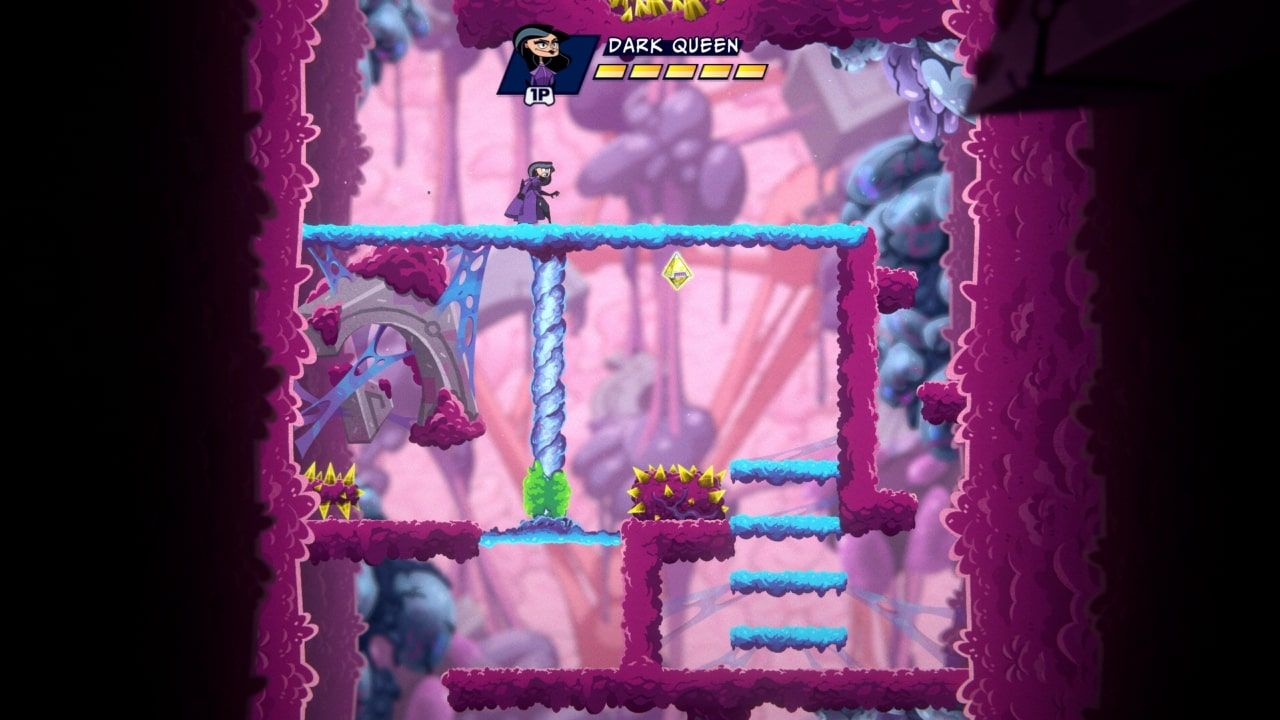 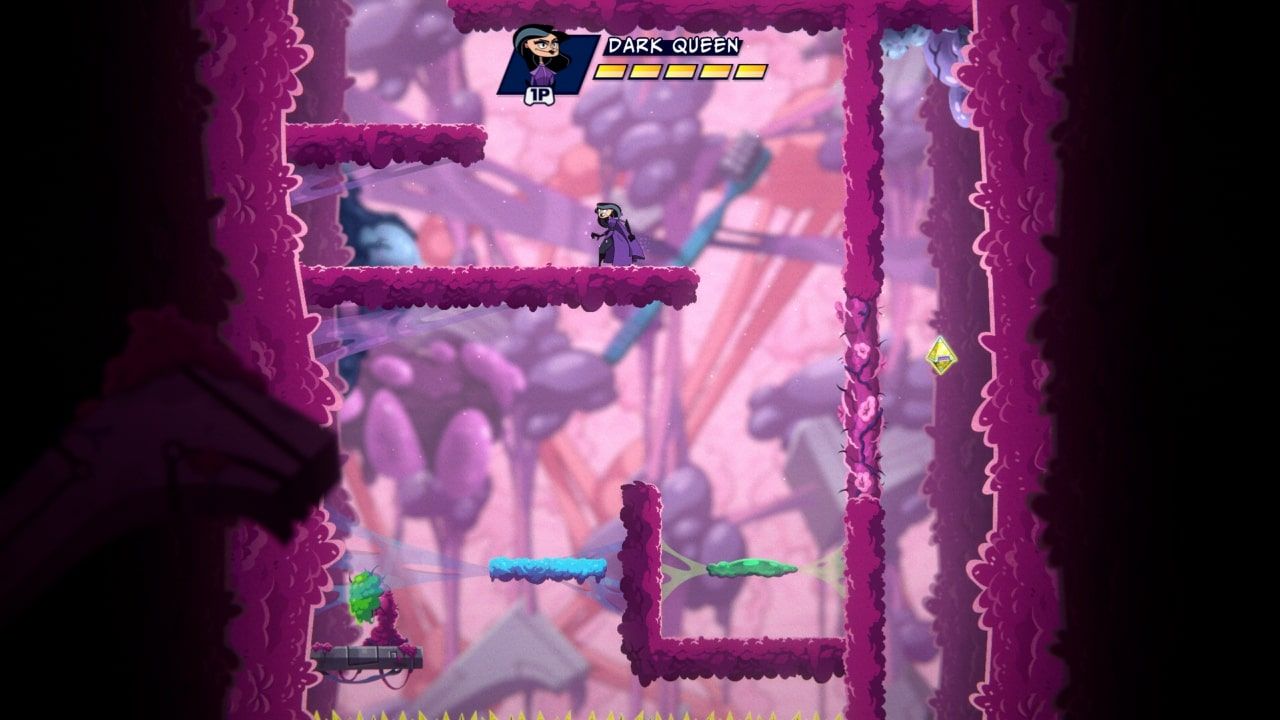 The fifth collectible is the least forgiving, so you’ll have to make this detour very quick. Once you reach the point where you have to choose between dropping down a hole to the right or a hole to the left, drop down either hole to the bottom and you should see the collectible up top. Bounce up to it and quickly drop back down as the slime won’t be far behind you: 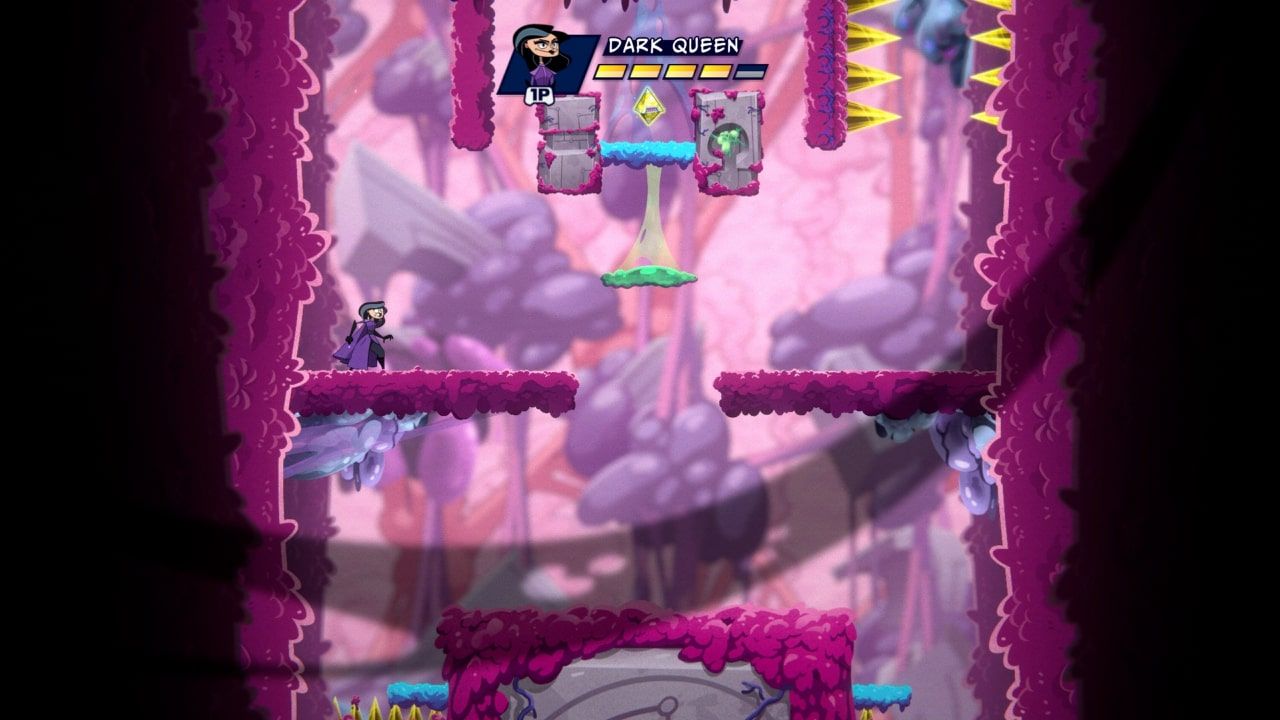 If you didn’t get the speedrun objective complete, then replay the level and rush through it. As long as you mash the right trigger through all of the flat sections, you should have absolutely no problem in beating the stage in under five minutes. The level is on a timer anyway, as there is slime chasing you, so a good way to know if you’re going fast enough is if you never get touched by the slime. One or two deaths shouldn’t be a run-ruiner, so don’t reset until at least three. Upon completion of the speedrun, you will unlock your final collectible of Battletoads.