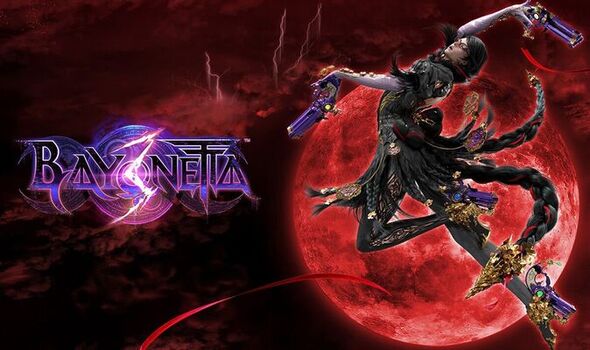 When the first 20 minutes of a game feature a badass punk rocker travelling through the multiverse, a pizza delivery van surfing a tidal wave, and an epic battle between a giant dragon demon and four-armed monster, you know you’re in for something special. Over-the-top action, spectacular set-pieces and absurd characters have always been a trademark of the Bayonetta series, but with the third game, developer Platinum takes everything to outrageous (and entertaining) new extremes.

Without delving too far into spoiler territory, Bayonetta 3 sees the titular Umbran Witch take on a brand new inter-dimensional threat. The globe-spanning adventure takes place in locations as diverse as New York, Tokyo, China and Paris, and features a cast of old favourites and brand new characters, including the aforementioned punk rocker Viola.

It’s every bit as silly as previous Bayonetta games, featuring the same juvenile humour and overblown cinematics fans have come to expect. It’s for this same reason that when the game does attempt to pull at the heart strings, it falls flatter than a plate full of pee.

A series that revels in excess, Bayonetta games are at their best when trying to dazzle players with sheer spectacle, something that Bayonetta 3 mostly manages with aplomb. Everything gets bigger, bolder and more berserk the further you get, not least the near-flawless combat system, which somehow exceeds the high standards set out by its predecessors.

Initially things feel very similar to past games, with players hacking, slashing, shooting and kicking their way through hordes of enemies both big and small. If you manage to dodge an enemy attack at the very last second you’ll enter Witch Time, where everything bar Bayonetta slows down to a crawl.

With lots of combo variations, weapons, new moves and artefacts to discover, the core combat system is deep, complex and stylish, standing toe-to-toe with genre heavyweights such as Devil May Cry.

Bayonetta 3 takes things even further, however, introducing Demon Slaves that can be summoned with a press of a button. From giant spiders to actual choo-choo trains, these summons are particularly useful in tricky battles against the biggest bosses, but equally fun to use against the lowliest of goons – provided you have the space.

Instead of detracting from a combat system that’s already as tight as one of Bayonetta’s hair-based bodysuits, the Infernal Demons add a fun and visually impressive new layer to the game, further increasing variety and positively adding to the spectacle.

It’s a flawlessly executed system that becomes second nature after just a few minutes of practice. However, with each Demon having its own set of moves and abilities, it’s a system you’ll be experimenting with long into your second playthrough.

In fact, with a streamlined weapon system that lends itself to experimentation – plus a whole load of unlockables, challenges and secrets to discover – not even two playthroughs will be enough to fully experience everything Bayonetta 3 has to offer.

Unfortunately, while the combat system is sublime, developer Platinum’s obsession with raising of the stakes does have its drawbacks.

As much as I love the Nintendo Switch (it really is one of my favourite consoles ever), I can’t help feeling that Bayonetta 3 would benefit from an injection of raw power. It’s almost like it deserves better.

After playing silky smooth games like Devil May Cry 5, or stunningly beautiful releases like Horizon Forbidden West and God of War, Bayonetta 3’s resolution dips and frame-rate drops left me wondering if the game would be better suited to a more powerful console like the PS5 or Xbox Series X.

For all of its loud, showy cutscenes and extravagant set-pieces, it’s the quieter moments when you notice the muddy textures, plain environments and overall lack of detail.

Some of the locations are just plain ugly, the regular enemies are nondescript, and there are times when the camera zooms out so far you don’t know what’s happening.

Bayonetta 3 was going to be one of the few Switch games I played exclusively on the TV, but this only magnified the imperfections and further highlighted the limitations of the Nintendo Switch.

Still, it’s difficult to be too hard on a game that’s as fun to play as Bayonetta 3. Even the parts when you don’t play as Bayonetta are surprisingly enjoyable, providing a welcome period of respite for your thumbs, while also helping with the overall pacing of the game.

Viola’s stages retain that frenzied hack and slash feel, only with a whole new set of moves and emphasis on blocking, while as Jeanne you’ll play through side-scrolling stealth stages that are completely unlike anything you’ve seen before in Bayonetta.

It’s surprising moments like these that really makes Bayonetta 3 such a joy to play. You’re always wondering what’s around the next corner, and are almost always pleasantly surprised when you find out.

It’s another absolute must-have game for Nintendo Switch owners, even if part of me believes Bayonetta 3 would be better suited elsewhere.