Rings of Power is one of the most talked about things on the planet right now. While I have to laugh at the double ringing of the full title's The Lord of the Rings: The Rings of Power, I have to admit that Rings of Power has a certain (wait for it) ring to it. I must admit, I've never really cared for The Lord of the Rings. I gave it a decent try – I've watched all six movies and attempted to read The Hobbit on two separate occasions – but it's just not for me, and so I haven't bothered with Rings of Power. I'll do my best to avoid being snarky about the show, given that we have dozens of insightful interviews with the cast on the site, but the elfy affairs of elfdom hold no real interest for me. So much so that when I hear Rings of Power, I don't even think of Lord of the Rings. I think of Naughty Dog.

Naughty Dog is one of the most consistently successful studios in the world, with hits that span three decades. The '90s saw the arrival of Crash Bandicoot, PlayStation's first real mascot, followed by Jak and Daxter taking platforming into the (then) boundless technology of the PS2. Uncharted revolutionised what it meant to be a platformer and, along with Assassin's Creed, opened the door to the complete ‘10s domination of the sandbox genre. As Uncharted grew and matured, Naughty Dog also ushered in an era of prestige storytelling in games with The Last of Us, and then doubled down with The Last of Us Part 2 – Uncharted 4, sandwiched between the pair, took serious lessons from TLOU, as did pretty much every Sony exclusive that followed. It seems that the studio might be heading to the realm of fantasy as it seeks to conquer the '20s as it did the '90s, '00s, and '10s, but it wouldn't be the first time Naughty Dog went fantastical. Before all of this, before Crash Bandicoot, Naughty Dog had a fantasy game called Rings of Power. It was not good.

It's strange seeing Rings of Power now. It launched in 1992 for the Sega Mega Drive, and given that I was born the very same year, I did not play it at launch. Few people, especially compared to Naughty Dog's later audiences, did. I did, however, play a lot of Crash Bandicoot. So much so that after beating the 25 standard levels of Crash Bandicoot 3: Warped (fun fact: Warped is the greatest platformer of all time), I earned every relic, bonus gem, and coloured gem, and worked my way through the seven extra hidden levels. Level 30, the last of the true hidden levels (31 and 32 and in-level unlocks, but let's not get side-tracked), was a flying level called Rings of Power. Being a nerdy little Crash kid, I found out from some magazine or forum or stranger in a blacked out van that this was a reference to an older Naughty Dog game. My uncle had left an old Mega Drive at my grandparents' house, and one random video game store had Rings of Power in one of those retro glass cases. I had to have it. The only time owning the game has ever paid off is right now, when I'm getting to write about it. The only pro in a world of cons. 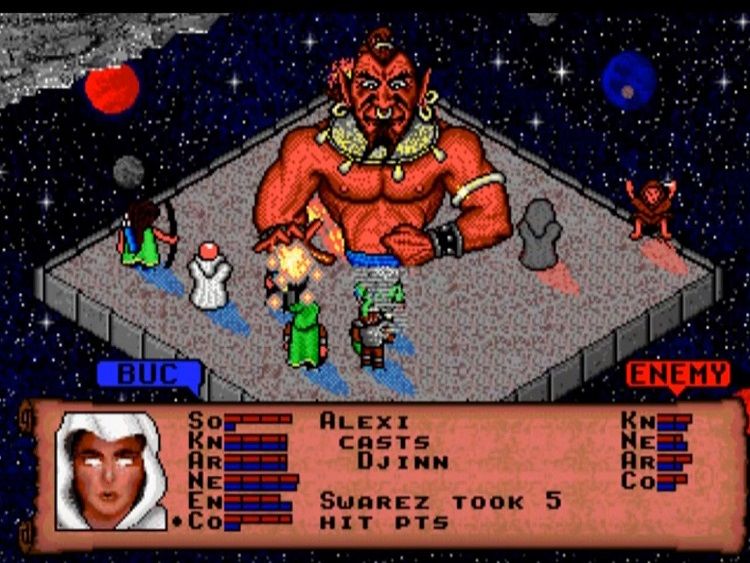 With no manual and no internet, the game was impossibly hard. Played on an isometric plane, you controlled an ugly little wizard and his band of merry men looking for (wait for it) the Rings of Power. Battles though were slow and arduous – you didn't often get wiped out by opponents, but it would take forever to chip away at even the most casual encounters that you felt like giving up. Eventually, give up I did. Even walking was a pain, with the diagonal control system struggling to figure out if you meant left or up at any given time. A far cry from the fluid sprint to prone to crawl to slither to stab to run movements of Ellie in TLOU2, but also a million miles away from how smooth and intuitive Crash was just four years later. I also found out years later that, in true '90s video game style, there was a nude cheat that turned the Naughty Dog logo into a naked woman for some reason.

Amazon's The Rings of Power has been renewed through 50 episodes, and The Lord of the Rings is one of the most powerful and revered cultural properties around today, so I expect the show to firmly plant itself into our zeitgeist and come to define early '20s television. For me though, Rings of Power will always mean Naughty Dog's terrible video game, and a symbol that no matter where you start, you can still achieve greatness.